We’ve been here before. The Alfa Romeo Tonale is the brand’s latest make-or-break model, the one that is going to turn its fortunes around and thrust it back into the hearts and minds of the mainstream car buyer.

Twin round hooded dials have been an Alfa Romeo staple for decades, but they have been neatly reinterpreted with a customisable gauge cluster that’s clear and modern, yet still slightly retro.
Illya Verpraet | Road Tester

As much as we love the Giulia, a traditional saloon with fabulous driving dynamics but a so-so interior and infotainment, it was not the right car for the era. This time, Alfa is at least looking in the right direction. A premium-flavoured crossover SUV with exclusively hybrid powertrains, and an electric version on the way, could hardly be more 2022. Actually, it is even more 2022 than that, because it comes with a non-fungible token, or NFT. Yes, really.

The flipside of trying to crack such a popular segment is that the Tonale will have plenty of competitors and will need to find a way to stand out. Pretty much every car manufacturer short of Ferrari and Caterham have a horse in this race. The most obvious rivals are the BMW X1, Mercedes-Benz GLA, Audi Q3, Volvo XC40 and Range Rover Evoque, but you could argue that posh versions of cars like the Hyundai Tucson and Peugeot 3008 are valid alternatives, too.

It's not encouraging that the Tonale wades into battle with an architecture that’s an evolution of the Fiat Punto of 2005. Back then, hybrid power was still a niche ‘eco fad’, but no one’s laughing now. Least, we suspect, Alfa’s engineers as they tried to find room for the plug-in hybrid version’s battery pack. The regular hybrid was a little easier, because its 0.8kWh battery is small enough to live in the centre tunnel.

The groundwork has been done at Jeep, as the Tonale is largely based on the Jeep Compass, which is available with versions of the same powertrains. And that’s slightly worrying, because in our experience, that car is rather rough and ready in many ways.

The Tonale was famously delayed by 12 weeks because incoming CEO Jean-Philippe Imparato wasn’t impressed with the quality of the existing prototypes. First UK deliveries are now slated for September, so let’s hope that extra time to fine-tune things pays dividends. 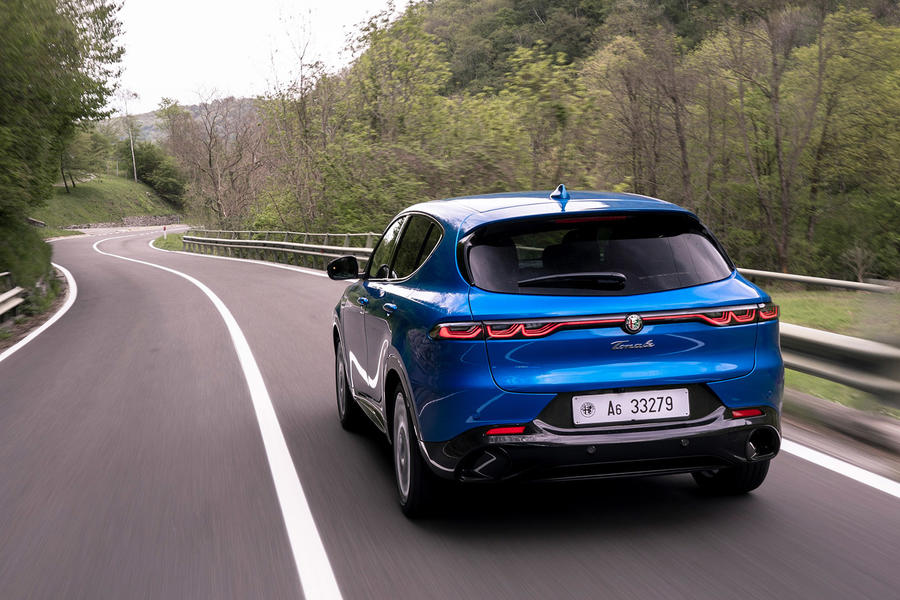 The car we’re driving today is the 158bhp Hybrid. You could view it more as a beefy mild hybrid than a full hybrid, as the electric motor that lives in the gearbox has only 20bhp to boost the 1.5-litre engine’s low-end torque. It can drive the car by itself, but with so little power, it’s only really for manoeuvring or inching forward in traffic. There is a 130bhp version, too, which we’ve previously tried in the Jeep Renegade, but the UK will only get it in the Alfa-specific 158bhp tune.

The other powertrain option will a plug-in hybrid, a more powerful variation on Jeep’s 4xe powertrain. In the Italian car, the 1.3-litre engine and electric motor produce 271bhp rather than the 237bhp of the Jeep thanks to a bigger electric motor and a 15.5kWh battery.

Alfa owes it to its reputation as a sporting brand to ensure even its crossover SUV handles with some vim and vigour. Riding on the same platform as the Jeep Compass, it is naturally front-wheel drive, with rear-wheel drive provided by an electric motor in the plug-in hybrids. All its rivals, including the BMW X1, are front-wheel drive, too, so that’s nothing to be ashamed about.

To offer more driving engagement than the class average, the Tonale uses a very quick steering rack (2.3 turns lock to lock) and features torque vectoring by braking, frequency-selective dampers as standard and adaptive items and four-piston brakes on the range-topping Veloce. 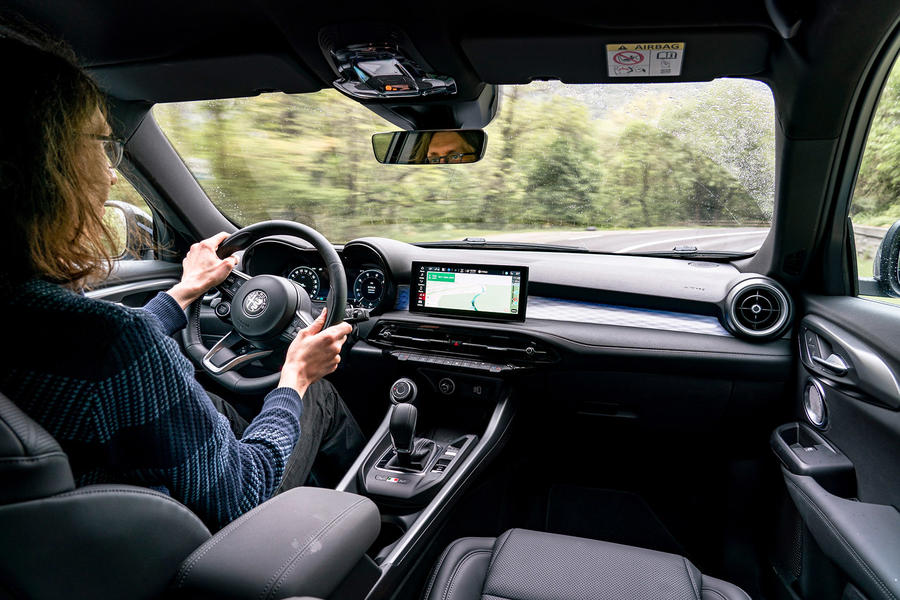 The big question is whether this is going to be the car to truly save Alfa Romeo. It’s a storied brand, so we certainly hope so, but in short, it’s not the game-changer it probably should have been.

The engineers will tell you that the small electric motor and battery are ‘right-sized’, but in practice, they’re undersized to provide a truly convincing hybrid experience. The engine cuts in very quickly and it gets quite buzzy when it’s pushed. It’s better than the full hybrids from Honda and Kia, but a petrol 2.0-litre BMW X1 will be faster and more refined.

Same with the seven-speed dual-clutch gearbox: it’s okay, but if you’re coming from a BMW eight-speed auto, you won’t be impressed with the smoothness, speed or shift points it chooses. You can take control with the manual mode on the gear selector or the huge metal paddles on the Veloce, but really, who are you kidding in a 158bhp crossover SUV?

The tech briefing for the car also went to great lengths to illustrate how the Tonale handles like ‘a real Alfa’, with additional strengthening of the chassis and geometry changes to make sure that it is at once more fun to drive and more comfortable than the ‘best competitor’. To its credit, the Tonale is one of the more dynamic options in the segment.

It has Alfa’s usual ultra-quick fixed-ratio steering, but it doesn’t feel nervous. Body roll is limited, and thanks to Pirelli P Zero tyres, you’re rarely left wanting for grip or response. The handling stops just short of greatness, though, as you have to push quite hard for the steering to give anything back.

Thankfully, the dynamic handling doesn’t come at a significant cost to ride comfort. Sure, on 20in wheels it’s fairly firm, but it’s well controlled and not crashy. Veloce trim gets you adaptive dampers, but the comfort setting feels very similar to the passive set-up, so they don’t add all that much. A Ti-spec car on standard 18in wheels would likely be the preferred choice.

Despite Alfa’s PR focus on its dynamics, the car is probably at its best as a motorway mile-muncher. Without getting the noise meter out, the Tonale seems like one of the quieter cars in this class at a cruise, with both road and suspension noise being nicely muffled. The seats, meanwhile, are set relatively high and are decently comfortable.

The rest of the interior is a bit of a disappointment, though. If Alfa wants to be a credible rival to the likes of BMW, it has to do better than this slightly mixed bag of materials. It’s not bad, but nothing stands out as especially pleasing, either.

A Nissan Qashqai is less originally styled but gives off a more convincing air of luxury. And where has the lovely smooth leather gone that was once a hallmark of Italian luxury cars? At least it’s on a par with the rest of the class for practicality: the boot space and rear leg room are similar to an X1's, but it feels slightly narrow inside and the A- and C-pillars are rather chunky.

The infotainment system is the same as in other recent ex-FCA Stellantis cars. It would have been nice if Alfa could have customised the style a bit more, but short of BMWs with their fast-disappearing iDrive controller, it’s one of the more logical and responsive systems out there, so it’s a minor quibble.

What we’ve got here, then, is a good-looking SUV with above-average driving dynamics and long-distance comfort, and impressive multimedia, but just an okay powertrain and interior. Official prices haven’t been announced yet, but we’re told they should start at around £35,000.

If that turns out to be accurate, the Tonale would be quite good value – just slightly more than a similarly equipped Qashqai, but a bit less than the premium opposition. We don’t know how much the option packs are going to cost, so those could still throw a spanner in the works.

The Tonale is a decent car, but it lacks the home-run ability or just the old-school charm to give us full confidence in the future of the brand. 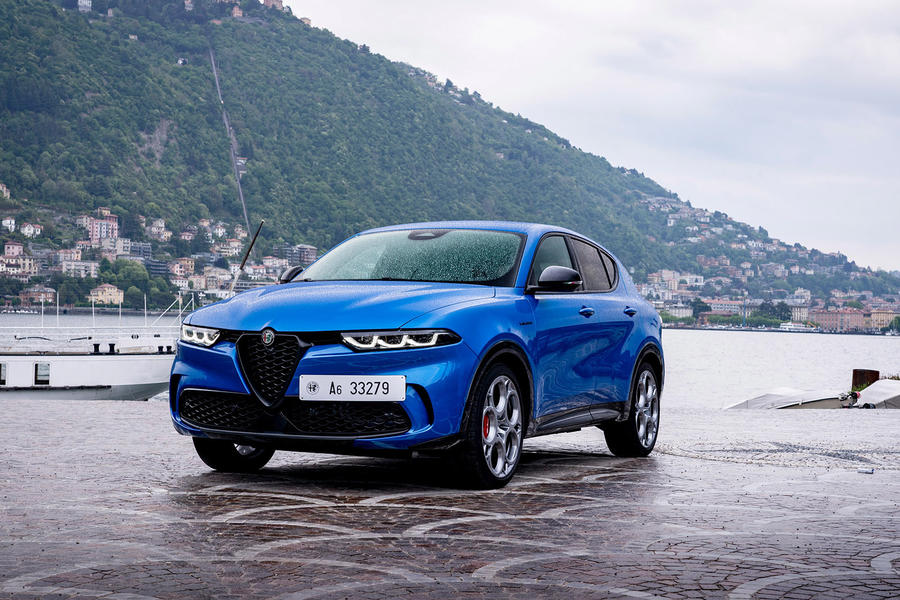