BACK TO ALL NEWS
Currently reading: Used car buying guide: Mercedes-Benz R-Class
UP NEXT
New 2023 Porsche 911 GT3 RS is "most track-focused" ever

Mercedes-Benz’s big R-Class will waft effortlessly all day long, cosseting up to seven in its spacious, comfortable and high-class cabin
Open gallery
Close

One of Mercedes’ barmier ideas, the R63 L AMG was a 510bhp, four-wheel drive MPV, estate and saloon rolled into one with a top speed electronically limited to 155mph and a 0-62mph sprint time of 4.6sec. It cost £74,115 and slurped unleaded at the rate of 17mpg.

They rarely come up for sale in the UK (few found homes here), but look across the pond to the US, the supersized R-Class’s natural home, and there are plenty at around $40,000 (£31,000) plus, if you fancy importing one, shipping and taxes on top. 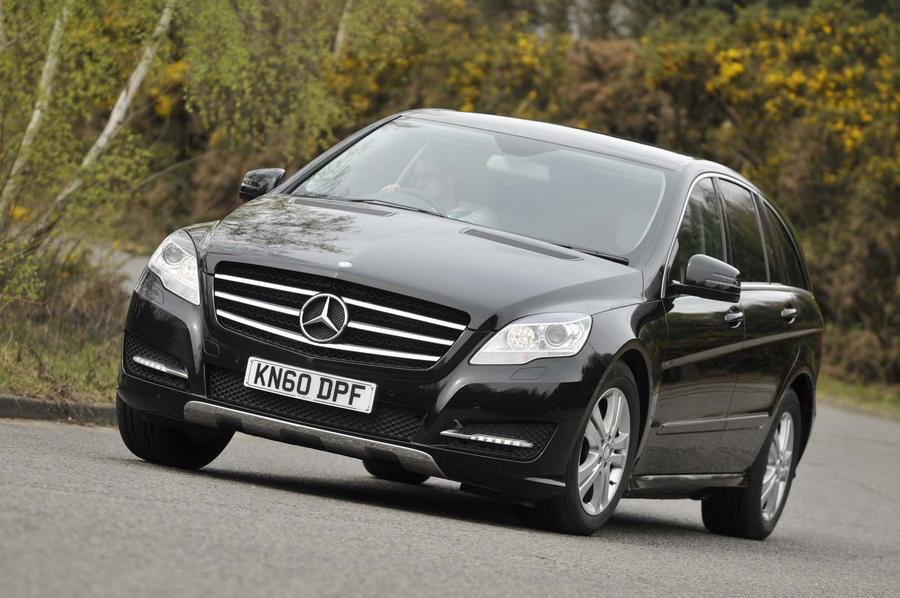 But why prattle on about these utterly irrelevant versions? Because as an unsexy beast, the R-Class could use a bit of excitement. It’s just a monster estate, after all. Or is it?

In fact, it’s also a properly spacious six-seat people-carrier (there were five and seven-seat configurations, too) with individual seats for all. Four-wheel drive and air suspension were optional and a seven-speed automatic gearbox was standard.

It was launched in 2006 in standard and long-wheelbase (almost a foot longer) forms, with power from a couple of petrol engines, including the aforementioned 5.0-litre V8, and, more pertinently, a 3.0-litre V6 diesel producing 221bhp and badged 320 CDI. This engine dominates the classifieds but, like the diesel motors that followed it, it has its problems, as we outline below. 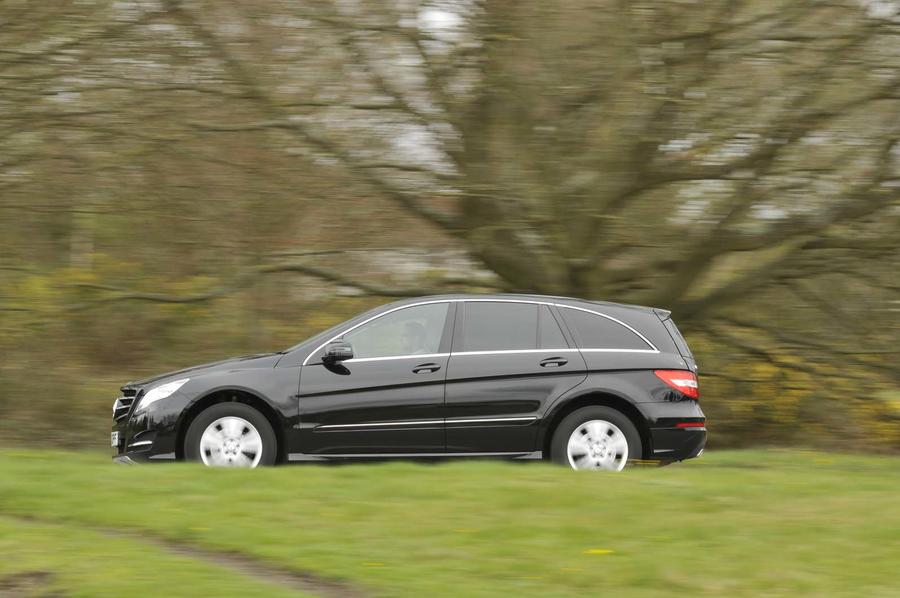 The facelift brought a refreshed nose, BlueEfficiency engine technologies (you need to keep an eye on the AdBlue tank) and extra kit. At the same time, the model became a seven-seater only.

Throughout the R-Class’s life, the standard specification was generous (brake assist, climate and cruise control, and automatic headlights and windscreen wipers). SE trim brought powered leather seats and Sport laid it on with 19in alloy wheels, Alcantara sports seats and bits of aluminium here and there. Today, it’s the trim to have. 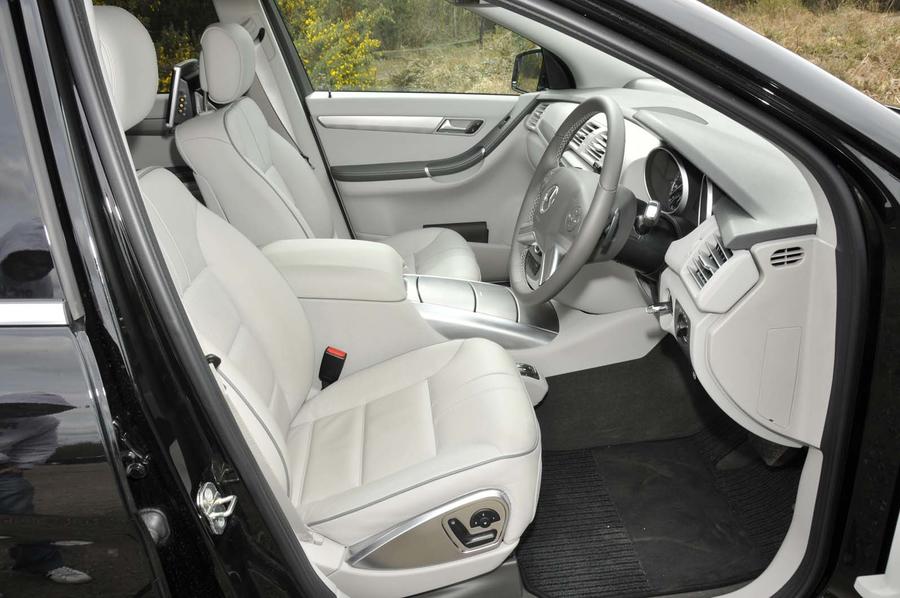 There’s no escaping the fact that a used R-Class looks like a bit of a dinosaur, in more ways than one, but that’s why it’s also such great value. Find a facelifted, 2009-reg 350 CDI 4Matic with full service history and 90,000 miles for around £7000 and you’ll have a family taxi like no other.

Martin Lalor, director, RPL Automotive: “We have around 12 R-Class cars through the workshop each year so it’s not that common. However, the 3.0-litre V6 diesel engine, codenamed OM642 and used in the 280, 320 and 350 CDIs and many other Mercedes models, has a number of well-known problems [see below]. On all Mercedes of its generation, we are replacing more steel brake lines as rust takes a hold. Those issues aside, we’ve found the R-Class to be reliable. It’s big, but not much more so than an ML and a lot more usable. The long-wheelbase version is a genuine seven-seater.”

■ Engine: On the 3.0-litre V6 diesels, the electric motor driving the inlet port swirl flaps can give trouble. The engine warning light and limp home mode may be the first you’ll know of it. The oil cooler sits in the middle of the engine and its gaskets go hard, causing oil leaks between it and the block (expensive to fix). Extended engine cranking on start-up may be tired glow plugs. Look for heavy carbon deposits around the injectors (called ‘Black Death’). Listen for timing chain rattles from cold. The R350 petrol can suffer failed balancer shaft sprockets at around 60k miles. 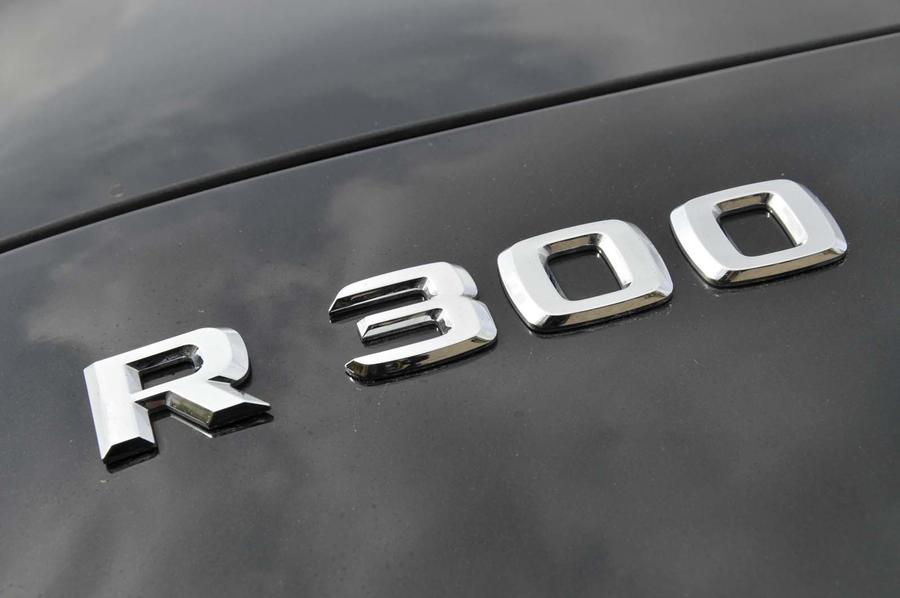 ■ Brakes and suspension: Broken springs and, if fitted, leaking air suspension bellows are common. (The car will sit awkwardly.) Listen for knocking from the front, suggesting worn anti-roll bar links. Check the steel brake lines for rust, discs for heavy lipping and pads for thickness.

■ Electrics: Expect some electrical issues, not least with the radio and instrument cluster.

■ Body: Check for bubbling around the rear wheel arches and for heavy corrosion of the rear subframes. 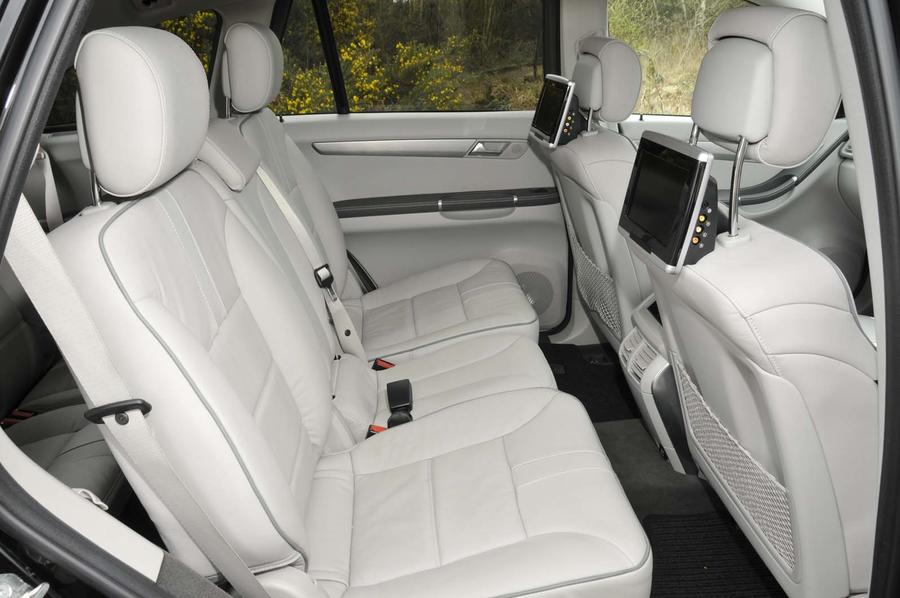 ■ Interior: Ensure the air-con system works and the seats recline and fold.

V6 diesel engines from 2010 have reformulated seals in the oil cooler designed to address an oil leak problem. It was the subject of a technical service bulletin so check if the older model you are interested in has had the work done. 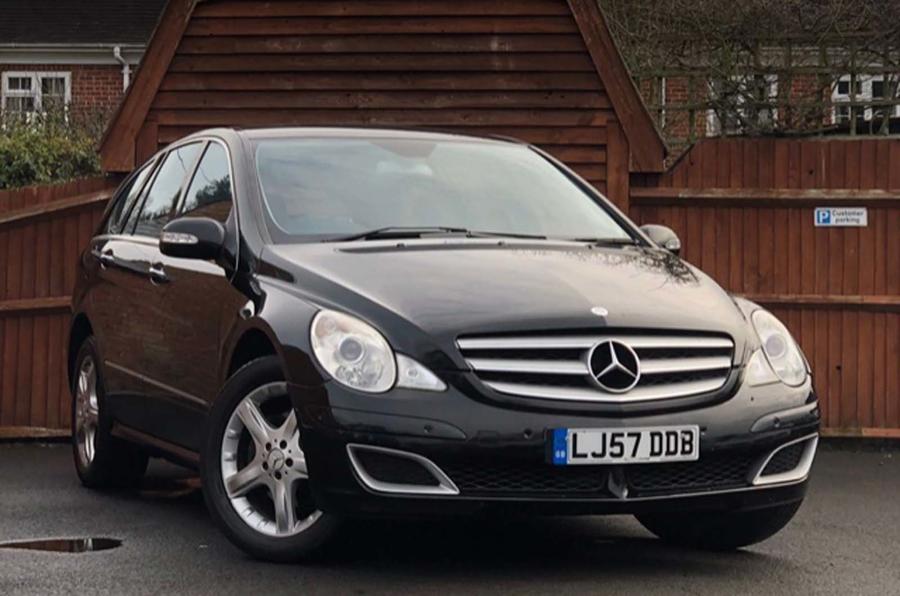