BACK TO ALL NEWS
Currently reading: Used car buying guide: Mercedes-Benz M-Class
UP NEXT
Lotus Emira vs Porsche 718 Cayman

The original Mercedes M-Class is best avoided, but its successor is a desirable alternative to a used BMW X5
Open gallery
Close

If at first you don’t succeed… The first-generation M-Class was cursed with reliability issues, but its successor, launched in 2005 and under consideration here, was a better product altogether.

It stole a march on the second-generation BMW X5 that didn’t arrive until a couple of years later. By that time a facelifted ML was being readied, with cleaner engines, remodelled bumpers and grille, extra equipment and improved infotainment. The refreshed ML came out in 2008; the following year, the diesel engines that accounted for the vast majority of sales gained BlueEfficiency technology.

The striking thing about the ML is the absence, in the classifieds, of petrol-engined models. Correction: there are a handful except that, tellingly, half of them are range-topping 503bhp ML63 AMGs. 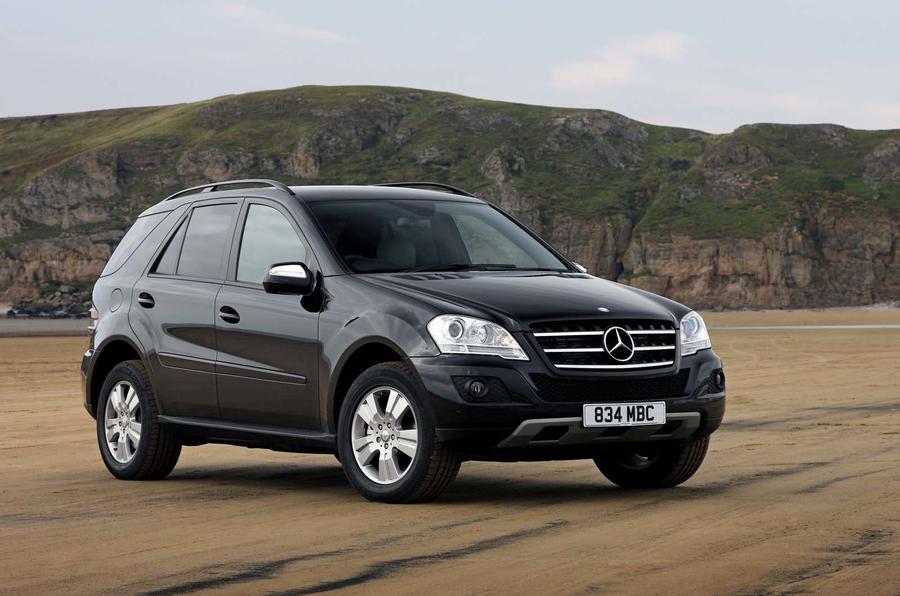 Otherwise, it’s oil-burners as far as the eye can see. From launch, only the 221bhp ML320 CDI was offered: it’s a goody, with a smooth-churning 3.0 V6 making 376lb ft. Like all MLs, it’s paired with a seven-speed automatic gearbox and four-wheel drive. It’s a capable and economical tow car. 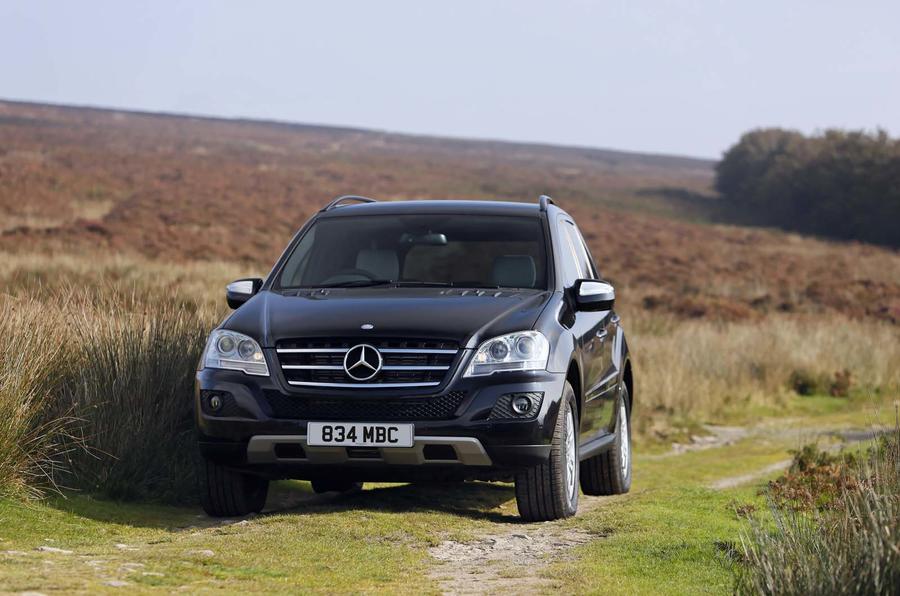 Standard trim is rare, many buyers opting at least for SE (leather, powered front seats and more upmarket trim). Sport adds larger wheels and sportier seats. The AMG bodykit was a popular option, as was air suspension, which improves the ride and handling quite dramatically. 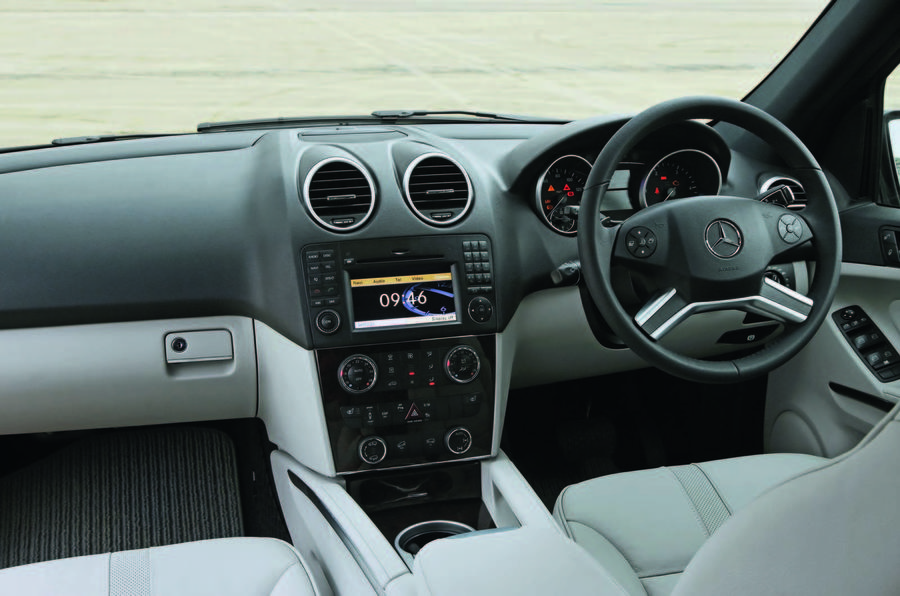 More important than luxuries, the second-generation ML was better made and finished than its predecessor, and specialists report few issues with the interior and comfort features such as the air conditioning. Aim for a 320 CDI in SE or Sport trim with all the majors and minors plus a transmission service, and definitely no oil leaks or engine warning light, and it’ll serve you well.

Peter Bristow, Hampshire Service Centre: “We’re a Mercedes specialist and have operated several second-generation MLs, including a 500 and a 350 petrol, plus a couple of diesels. Our last diesel, a 320 CDI, regularly towed a 2500kg trailer without fuss. Mind you, it wanted for nothing in the way of servicing. Towing, it returned 20mpg, but on its own, around 30mpg. The ML has its issues and repairs can be expensive, but all in all it’s solid. Don’t write off the earlier ML generation. The 270 CDI was a strong engine. We bought one with 120,000 miles and ran it to 200,000 miles. It’s still going strong with its new owner.” 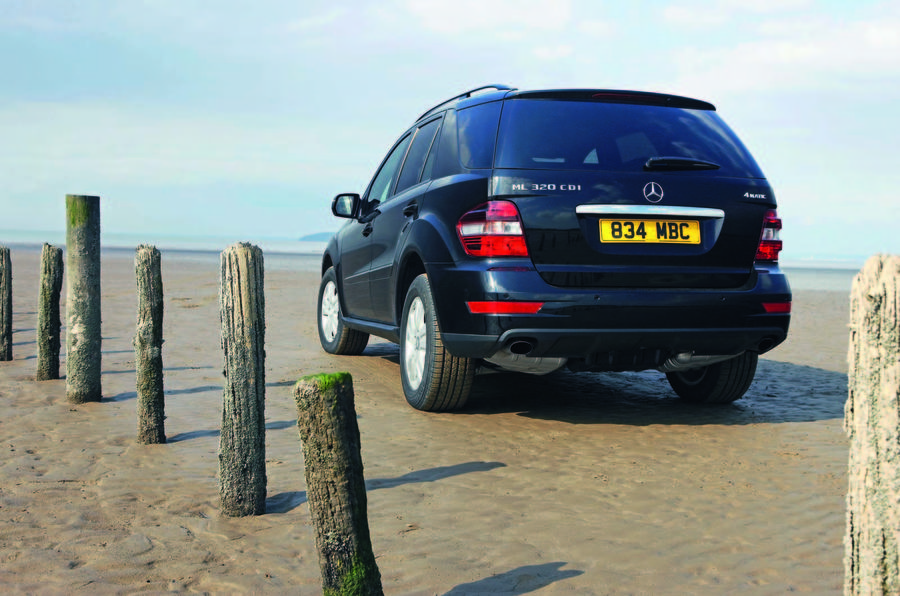 ■ Diesel engines: Too much gentle driving blocks the variable-vane turbo. Check turbo seals aren’t leaking oil onto the actuator motor driving the inlet port flaps and that the oil cooler seals aren’t leaking. Seals are cheap but labour costs around £800. Oily rocker cover and injector tops suggest failed injector seals. It’s harder to replace them on the BlueEfficiency engines. Also on these engines, the AdBlue system’s NOx sensor can fail, costing around £300. Plastic inlet manifold flaps stick as their linkages wear out.

■ Petrol engines: The 500 V8 suffers timing chain issues; the 350 V6 has problems with its balancer shaft chain. It doesn’t feel rough but it triggers the engine warning light and various codes.

■ Transmission: Gearbox is sealed for life but ideally oil and filter will be changed at 50,000 miles. Problems with the speed sensor on the electronic contacts plate is not unknown (it can cost up to £1200 to fix). Noisy front diffs can be confused with cheap, noisy front tyres.

■ Suspension and brakes: Corroded and broken springs are not uncommon. Check the brake discs and pads for wear: they’re £1000 per corner on the 63 AMG; on the regular models, budget around one third more than other cars. 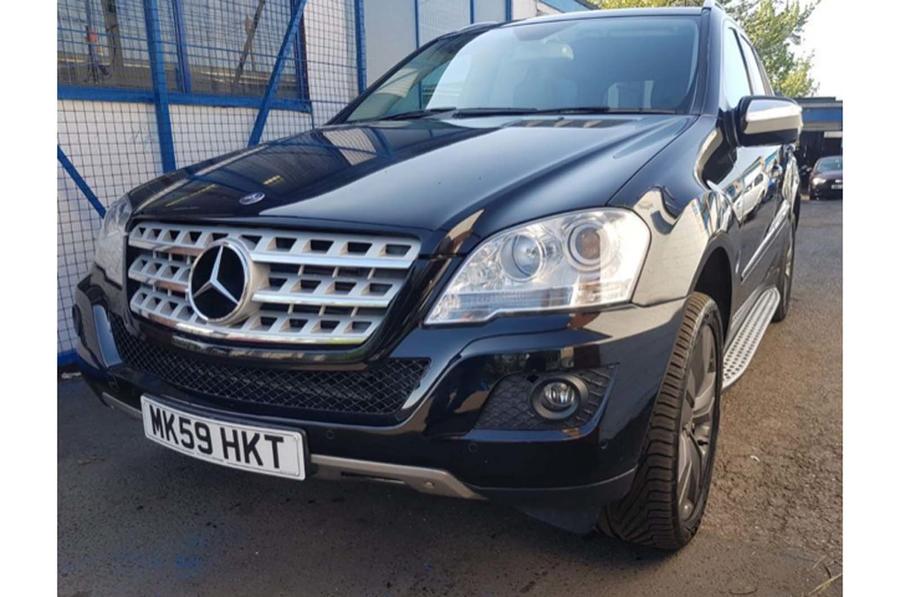 Mercedes ML300 CDI Sport Auto, 2009/59, 90k miles, £7499: Facelifted ML with the BlueEfficiency diesel engine caught our eye for its full service history, high spec (including AMG styling upgrades and parking sensors all round) and tidy condition. It’s just had a major service, too.

The second generation ML is

The second generation ML is one of the most coherent looking Mercedes, as well as being far better built and using better materials than the first generation.

Compare this with the current (fourth generation) GLE shows the Mercedes house style of smoothening out sharp edges (in this model curiously this doesn't apply to the rear end) favoured by Gorden Wagener doesn't work, at least not for me.

Contemporaneous with the second gen ML are the second gen A class, W204 C class etc. all of which benefit from sharp defined lines, and such defining lines have all but disappeared from current mercedes models.

Agreed, the quality of the trim is vastly superior although the 'facelift' on the W163 vastly improved the very first models whic looked and felt like a Jeep Cherokee inside (brittle inelegant plastics).

The third Gen W166 looked like a Korean MPV....I would never buy one....also far too much gratuitous plastic chrome scattered all over it. Even the AMG version couldnt save its looks!

I pulled up alongside a fourth Gen V167, the other day....it is quite simple enormous and yet has no more internal space than a first Gen W163. It has become so wide (as per BMW X5), that it would prove a real challenge to get the vehicle through lane resrictors i.e. Marlow Bridge, without causing damage to the vehicle.

This is utter madness....the roads (and parking spaces) arent getting any bigger!

You are correct that 1st gen (W163) ML's can be a night mare, I know someone who had 4 hearboxes in the first year of ownership back in 1999 on a ML430 before he insisted on Mercedes- Benz buying back the car.

I had an ML430 that ran 250,000 miles plus with nothing other than routine maintenance...luck of the draw.

I have a W164 ML500 which has around 100k on it which has also needed nothing other than routine maintenance....you see a theme here large capacity petrol V8's are simple and uncomplicated not bad on fuel (circa 25-26 mpg on a run) and so smooth and responsive.