Hot Citroën Saxos – the VTR and VTS – are fun but getting rarer. As their number decreases, so their price rises, so get in now
Share
Open gallery
Close
Share story

Well, nobody saw this coming. Hot versions of Citroën’s Saxo supermini, once the preserve of the Max Power brigade and more commonly found lurking in police impound lots, have become genuinely desirable modern classics, and ones that are exceedingly tricky to get hold of, to boot.

Souped-up Saxos could be had in two flavours when new: VTR and VTS. Both are a blast on a B-road, but the VTS’s 16-valve 1.6-litre engine packs a noticeable 29bhp advantage over its sibling’s same-sized eight-valve unit, making it tangibly faster and, now, substantially harder to find. There were just a handful for sale at the time of writing, with rust, early-noughties tuner trends and exuberant young drivers all playing a big part in their endangerment over the years. That’s not to say untouched examples are completely extinct: look hard and ye shall be rewarded, but expect to fork out upwards of £3500 these days.

Happily, the VTR is much easier to nab and, like the eight-valve version of the Mk2 Volkswagen Golf GTI, is finally being recognised for the enjoyable steer it provides, rather than being overlooked as a result of its power deficit. Early cars had only 89bhp but, tipping the scales at just a shade over 900kg, the VTR could still crack the 0-62mph sprint in 10.0sec – compared with the more potent car’s 7.8sec – and top out at 116mph, which is more than quick enough in a car this small. 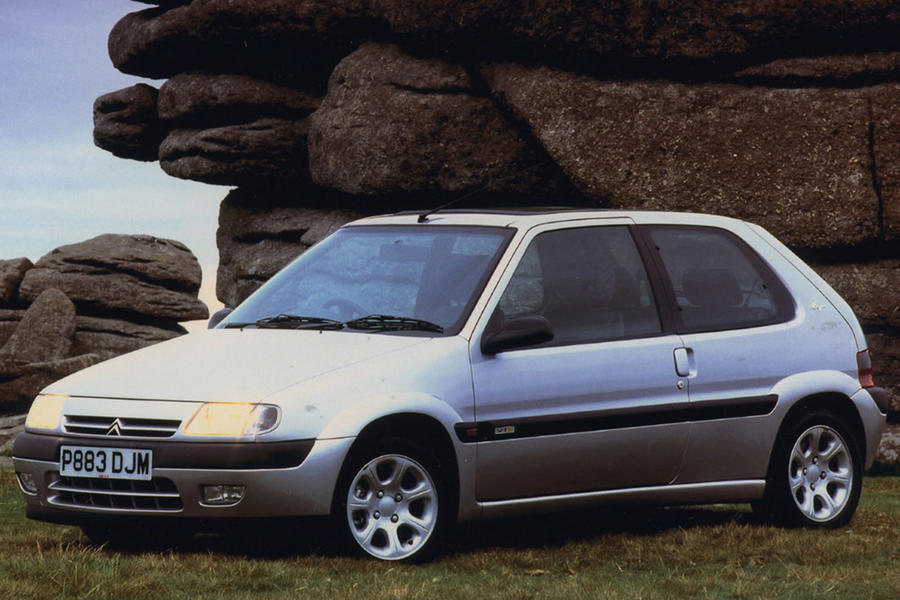 Be warned, though: despite the Saxo’s relative youth, bodywork woes and mechanical gremlins can tarnish the ownership experience, such was the cheap, cheerful and charming nature of its original billing.

Look past any dubious decals and garish bodykits at the foundation underneath to determine the true value of a particular ‘VT’. If there isn’t any rust now, there will have been before, so don’t hesitate to get underneath with a torch and make sure the bodyshell still has life in it. Repro panels aren’t readily available any more and the Saxo’s increasing rarity means you can no longer saunter into your local scrapyard and locate that elusive inner-wing section. However, the forums are your friend, and if you get chummy with the right people, you can keep your VTS or VTR on the road for years to come. D Whitworth Vehicle Fabrication in Lincolnshire, for example, offers high-quality replacements for some of the Saxo’s most notorious weak spots.

With increasing rarity comes rising prices, and the Saxo VTS and VTR are unlikely to be so affordable for much longer. Like fine wines, more commonly celebrated French hot hatches such as the Peugeot 205 GTi and Renault Clio Williams have matured to reach bona fide collector status, and their late-1990s descendants are tipped to soar to similar heights. The time to act, then, is now. Just take the time to make sure your Saxo won’t leave a sour taste in your mouth. 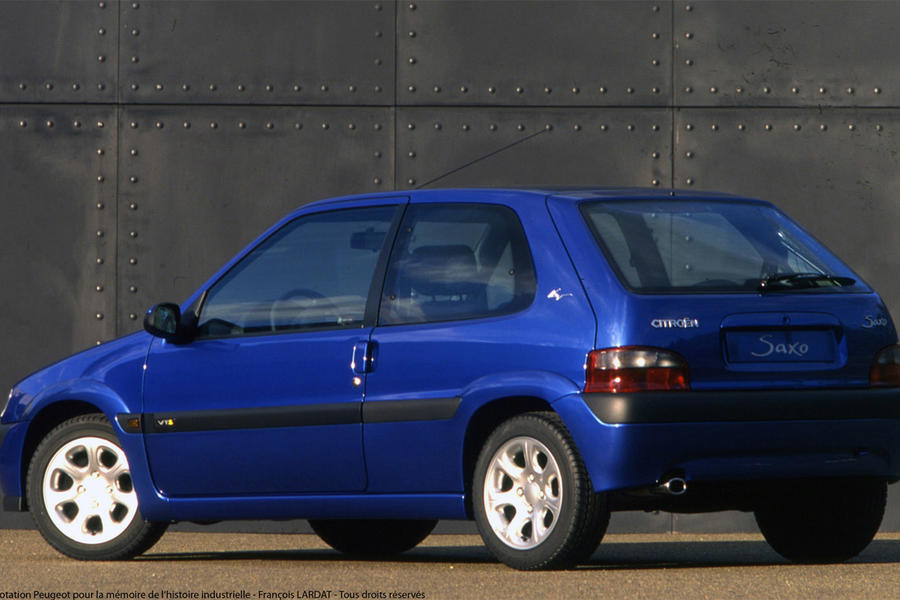 Zac Jiggins: “The VTRs came with free insurance originally, so that led to a lot of those being written off, and the VTS – like any Saxo – suffers quite badly with corrosion. Also, they were from an era of Max Power styling, so they were modified heavily – given bodykits and lowered – and that kills the car as well. With so much money put into a car, rather than sell it, owners strip the parts and scrap the shell to get their money back.”

■ Body: Where do they rust? Where don’t they? Your first port of call should be under the ECU and fuse box in the front wings and under the rear arches, but a ‘fine-toothed comb’ approach to the whole body is a good strategy. Virtually every car will have had some sort of welding, so check the standard of work carried out. If corrosion’s been simply covered with a plate, it will need sorting. Check for signs of past crashes, too.

■ Engine: Cam covers leak on the VTS engine and, unlike the VTR’s smaller unit, there are no gaskets. Good sealant applied properly to an ultra-clean surface should sort it. Make sure the cambelt has been replaced as a matter of course, but both engines are relatively bulletproof. They are, however, known for head gasket failure, so check for leaks.

■ Suspension: Low-riding lives on in the Saxo community and you’ll be lucky to find a solid VTR or VTS that’s not scraping the ground. Bearings on the rear beam fail and a recon axle is £300-£400 plus £200 or so to fit it. Replacement VTS springs, which have a different damper rate, may be harder to find than VTR units. 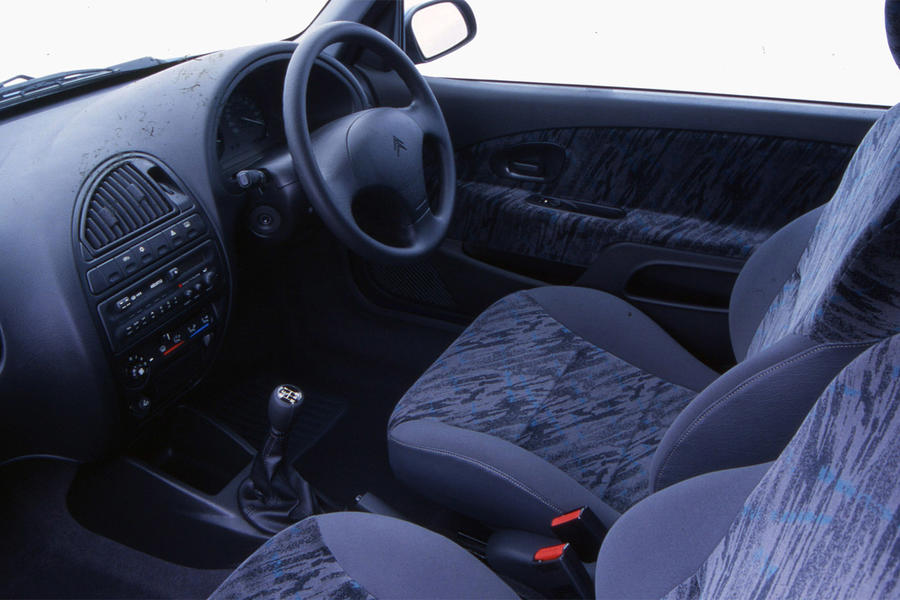 ■ Gearbox: Most crunch a bit going into reverse but excessive play at the gearstick usually means the roll pin, selector bushings or spherical nylon selector ball have perished. Check the condition of the clutch, as it’s a good sign of how the car has been maintained.

■ Electrics: Apart from temperamental ABS sensors in the VTS, the Saxo’s wiring is relatively resilient. If the airbag light stays on – an MOT failure – the under-seat wiring connections may be gunked up with silicon and need a good clean.

The UK-spec VTS and VTR really were ‘hot’ Saxos: air conditioning was never an option from the factory for right-hand-drive cars. Although aftermarket kits are available, it’s a lot of work – even for a specialist – to set it up properly, and you’ll have to sacrifice the glovebox. Of course, you can open the windows, but owners report that the airy cabin quickly becomes a greenhouse on warmer days. 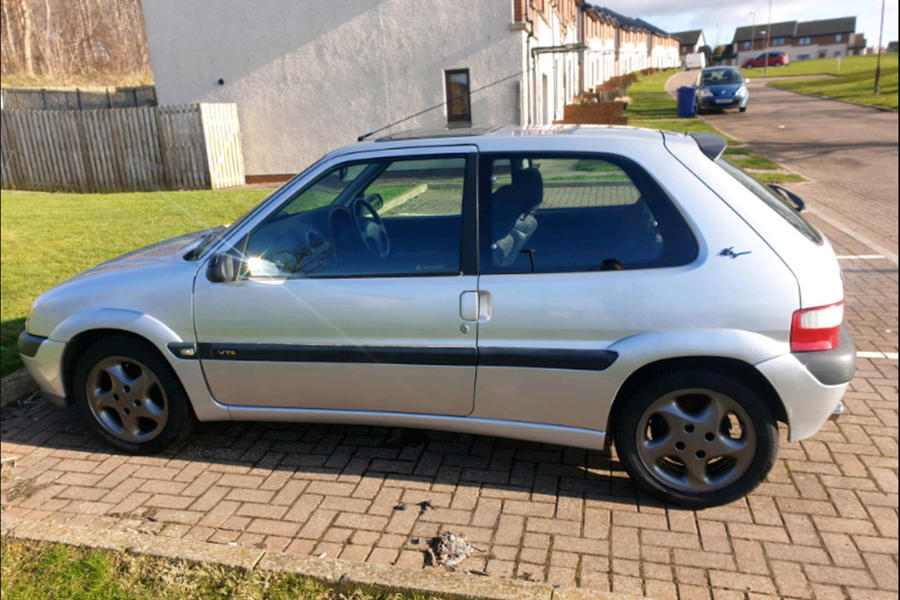 Citroen Saxo VTS, 2003, 94K miles, £1800: At £1800, this could be the UK’s most appealing Saxo VTS currently on sale. It looks clean in the pictures, but the seller warns of a noisy clutch bearing and CV joint and recommends mild paintwork corrections. Well worth the risk if you’re handy with a spanner…

To say they were essentially

6 July 2020
To say they were essentially the same I always preferred the 106 to the saxo but yes I agree, PSA hot hatches were great looking and driving cars, a 106 Rallye would be my favourite choice.