BACK TO ALL NEWS
Currently reading: Used car buying guide: Audi A2
UP NEXT
New 2023 Porsche 911 GT3 RS is "most track-focused" ever

It was a cutting-edge, futuristic vision in 2000 and the world’s only just caught up, but you can buy an A2 from as little as £300
Open gallery
Close

If you’re panning for gold, stop: we may have found some you don’t have to grub around for. It’s the Audi A2, a remarkable little car most of us know to be a future classic but few have acted on. Well, now’s the time to do just that because you never saw such a sweet little bargain.

Many A2s have full service histories and, being Audis, still feel taut and fresh. Best of all, their owners are nuts – in a good way. They love good engineering and they love their A2s. They look after them – and that’s rare in the used car market.

The A2 is one of those cars that comes along now and then and gives the trees a good shake. Lightness, exceptional fuel economy, impressive packaging efficiency, high levels of safety and ease of ownership were its USPs when it was launched in 2000. (It ceased production in 2005.)

Built entirely of aluminium and with a strong spaceframe at its heart, it weighed just 895kg in its lightest form. It arrived powered by a 74bhp 1.4 MPI petrol engine, followed a few months later by a three-cylinder 1.4 TDI diesel engine also producing 74bhp. Owners boast of this engine returning up to 70mpg. 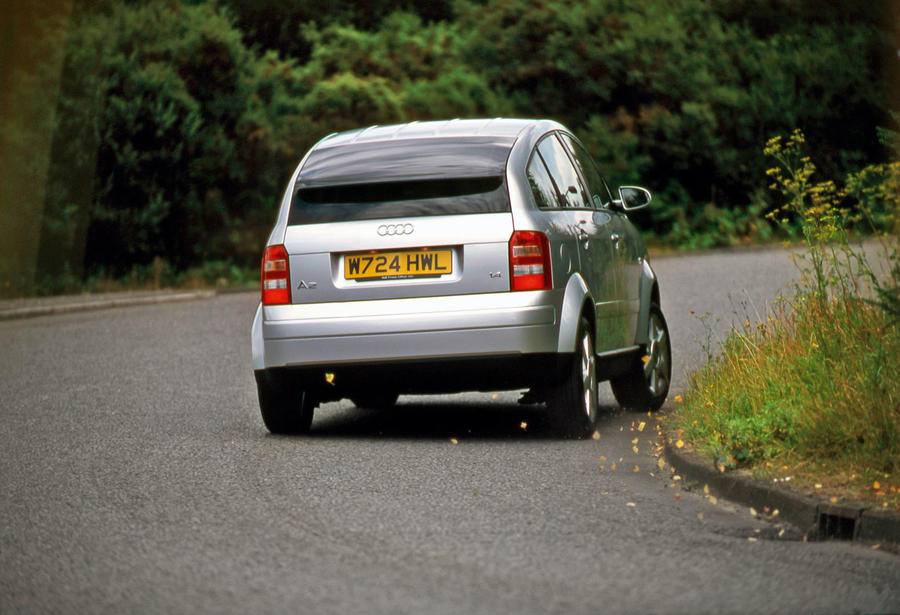 The next year, the most interesting A2 was launched: the stripped-out 60bhp 1.2 TDI diesel auto. Unfortunately, this ultra-economical model (it returns a claimed 94mpg and emits just 81g/km of CO2) wasn’t sold in the UK, at least officially, but around 10 examples survive here today. Rob Womersley, boss of VW and Audi specialists Wom Automotive, owns one – but then he owns six A2s and claims his business maintains 100 of them.

“A2s are just so tough,” he says. “We have some as courtesy cars and they never give any trouble.” He doesn’t quite include the more powerful 109bhp 1.6 FSI petrol and 89bhp 1.4 TDI diesel in his tribute. Audi’s direct injection system made its debut in the 1.6 FSI and never settled down; and that 1.4 TDI has a temperamental dual-mass flywheel and its turbocharger is prone to carbon build-up. Fortunately, there are enough less troublesome 74bhp 1.4 MPIs and TDIs on the market for you to ignore them.

Another costly problem, common to all A2s, is repairing serious accident damage. It’s high enough for most insurers to write off a car. At least casual dents can be fixed. SE trim dominates but many of its features that were initially standard were withdrawn to become options, once Audi realised they were the only things that turned a profit. Cars in Sport trim sit a little lower and have sports seats. Most A2s have two seats in the rear and, remarkably, they’re removable. It’s a buying guide cliché but now really is the time to buy a good A2 before that word ‘bargain’ no longer applies.

Graham Alderson, Director, IVC Leeds: “We’re a specialist Volkswagen Group workshop and I’ve always owned Audis. Last year, I bought a 2003 A2 1.4 TDI with 155,000 miles on the clock. I’ve since put another 40,000 on it commuting to work. It hasn’t put a wheel wrong and averages 55mpg. It’s one of the few A2s with three rear seats, so I can carry my three kids. We get a steady dribble of A2s through the workshop but I can’t say there are typical problems, other than age-related things like worn suspension.” 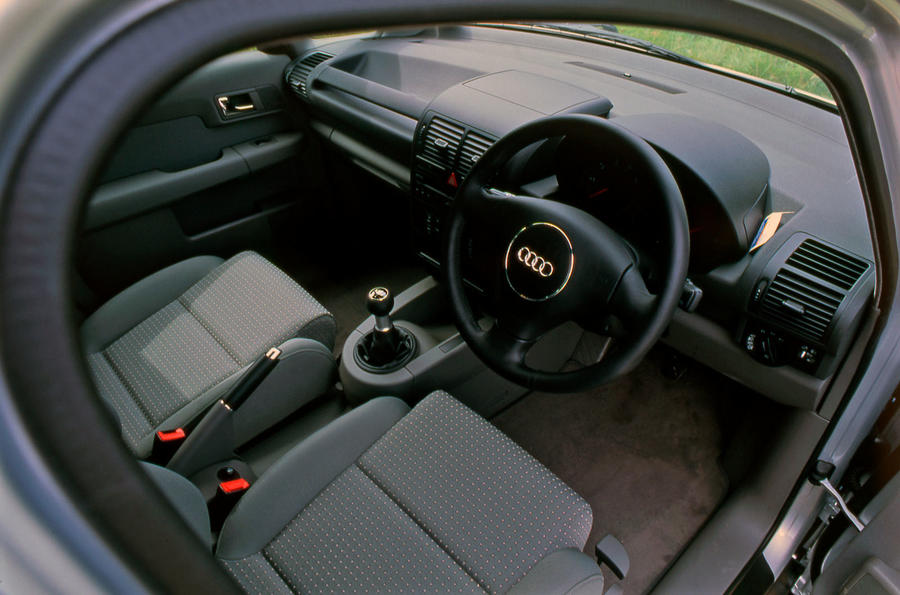 ■ Engine: The 74bhp 1.4 MPI can suffer coil packissues. The 1.6 FSI can have problemswith its direct injection and emissionscontrol systems and, on lower-mileagecars, its head gasket. The 89bhp 1.4TDI can suffer expensive dual-massflywheel issues and carbon build-up onthe variable-geometry turbo.

■ Transmission: A notchy change may be worn selectortower bearings caused by water ingress.

■ Brakes: More powerful petrol and diesel A2shave discs all round but the rears cancorrode easily since they’re little used.

■ Suspension: On post-2002 cars, check for failure ofthe pressed-steel wishbones. (Earlierones were cast.) Worn anti-roll barbushes may need replacement of theentire component but you can fit anoversize bush instead. On A2s with 17inwheels and S line suspension, expectthe ride to be uncomfortably firm.

■ Body: Corrosion is likely to be related to apoor crash repair where non-Audi approved connecting parts have beenused. Check for water in the batterycompartment, caused by tired seals inthe rear bumper. Where fitted, makesure the large glass roof operates asthe mechanism can be temperamental.

■ Identification: Confirm the vehicle’s ID on theVIN plate, which, in addition to the usual locations, you may find inthe passenger footwell, under thehandbrake, in the rear centre tunnel orunder the false floor on the driver’s side.

■ Interior: Expect the driver’s seat side bolster tobe worn and the satin finish on switchesand controls to be wearing off, but noserious rattles. 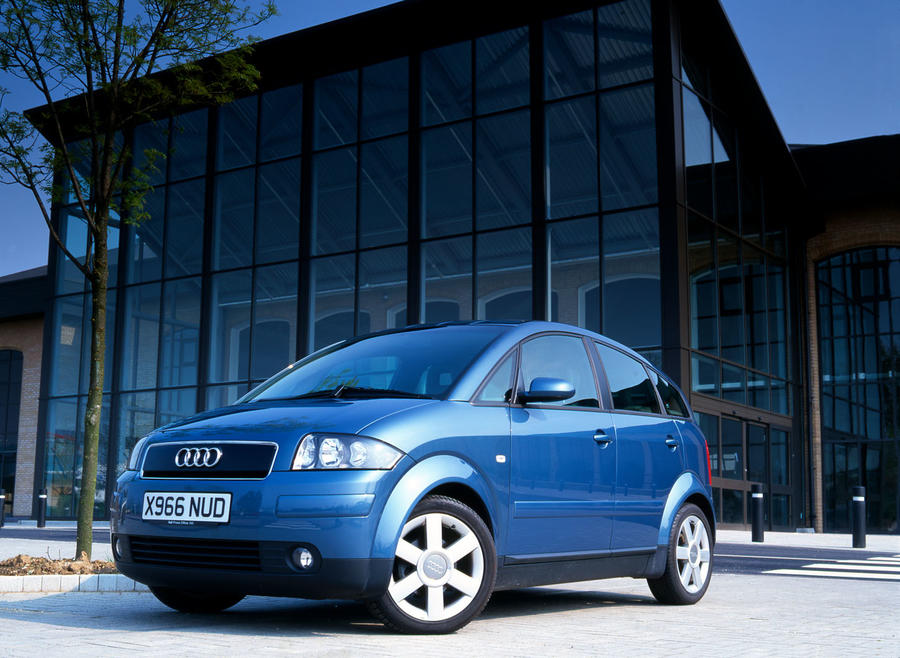 To check the oil level, lower the front-mounted service flap where a car’sgrille usually is and locate the dipstick.If you want to check more of theengine, open the quick-release locksbehind the flap and raise and lift offthe bonnet. 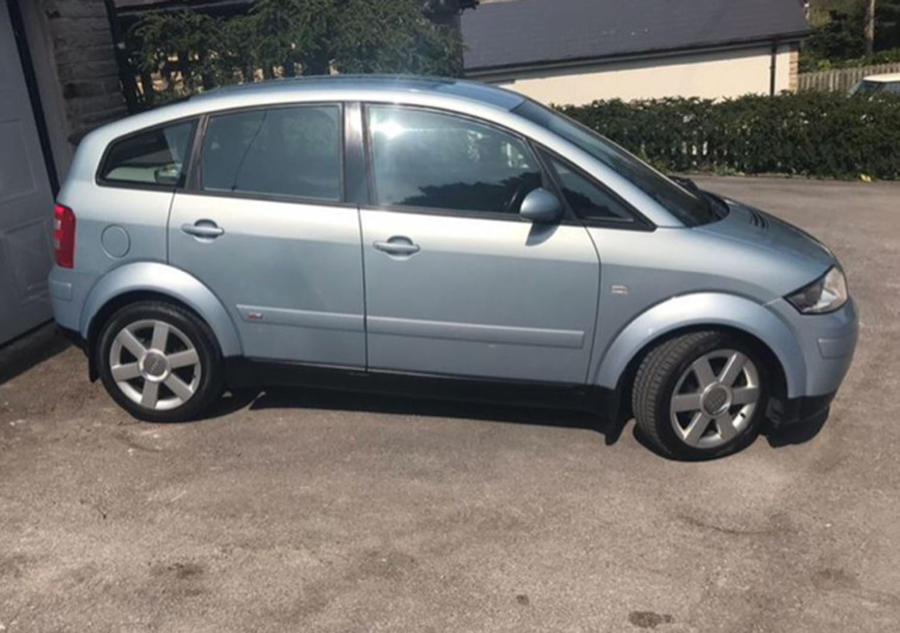 Opinion: Is the car world finally ready for the Audi A2?

Top dependable bangers for under £1500

Hoping to go and view one of the 75ps TDIs this week purely as a commuter car, so MPG is my priority. I cant tolerate £80 a week in my A4 any longer and the Golf 1.9 I'm borrowing from my sister in law feels like it has one foot in the grave. Always liked the A2, was definitely a car well ahead of its time.
typos1 20 May 2019

I hate Audis, theyre awful, awful cars, the exception is this great little car, shame they stopped making it so early.

I've always fancied an A2

I looked at a few for sale on Autotrader this morning and, despite reasonable mileage, they have hit a few kerbs if the condition of their alloys is anything to go by. Makes you wonder what else has had a hard life?