BACK TO ALL NEWS
Currently reading: Used car buying guide: Aston Martin DBS
UP NEXT
MST Mk1: Is this the ultimate rally recreation?

You might need a win on the premium bonds to afford it, but prices for Aston’s DBS, a former 007 car, have never been so low
Open gallery
Close

With No Time to Die, the name of the next Bond film, recently announced, cast your mind back to 2006. It was actor Daniel Craig’s debut outing as 007 but also the year his then new car, the Aston Martin DBS, was first glimpsed.

The film did wonders for sales of the DB9-based coupé. (One dealer recalls taking 30 orders but with only eight cars earmarked for his dealership.) Of course, a couple of years later, there was the 2008 recession but, even so, demand remained strong and values of used DBSs held firm – until now. 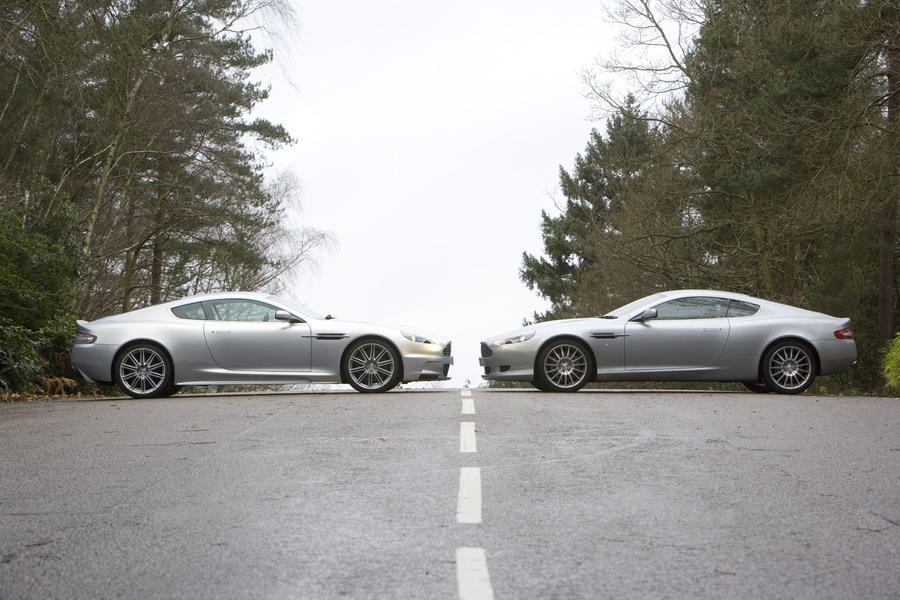 The number of unsold DBSs is rising for the first time, forcing down their prices. The reason? Faltering market confidence, heavy discounting of less well-received newer Astons and the fact that, compared with something like the new and competitively priced Vantage, the DBS seems dated.

“Right now, it’s a buyer’s market,” says Jordan. “One major classified site is showing around 40 DBSs for sale, well over twice the number you’d have seen advertised a year ago. That’s pushing down prices and any seller who hasn’t woken up to that is in for a shock. However, it’s hard to believe they’ll fall much lower, which is why that collector snapped up my customer’s car.”

But enough economics. The DBS was launched in 2007 and the first cars hit the road in 2008. Although based on the DB9, the DBS was lighter, had ceramic brakes, adaptive damping and 20in wheels and its 5.9-litre V12 produced 510bhp, 40bhp more than the DB9 had at the time. 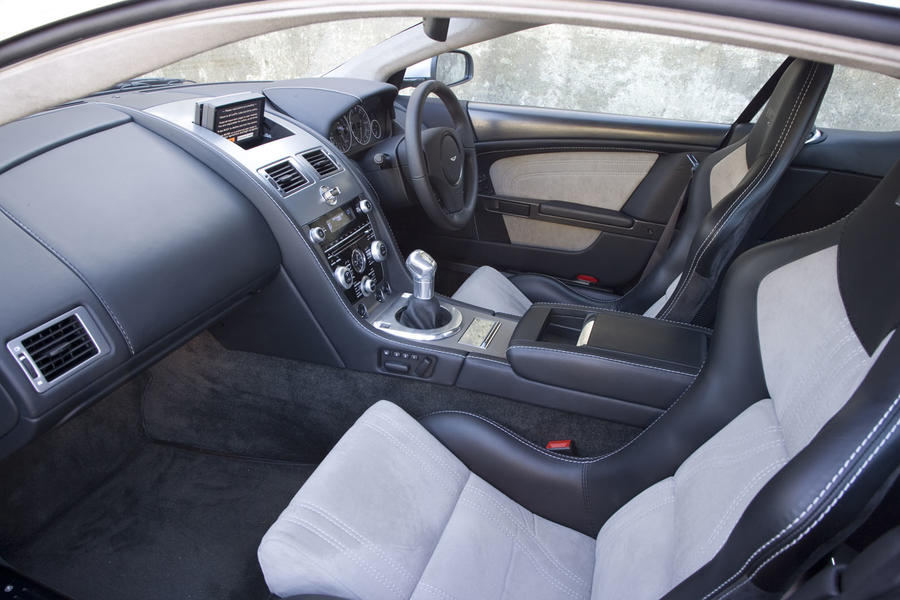 The first DBSs were coupés with a manual gearbox, two seats and a parcel shelf. A 2+2 cabin was an expensive (£11,000) and rarely requested option. The last manual car was produced in 2011. The six-speed Touchtronic II automatic variant arrived in 2008 and had a 2+2 interior as standard. It was the bigger seller but today it’s the rare manual variant that commands the higher prices. A Volante convertible version landed in 2009 but enthusiasts prefer the coupé.

Notable specials include the popular Carbon Black Touchtronic of 2010 (unique paint and wheels, and carbon fascia and sill covers) and in 2012 a final hurrah, the Ultimate edition. Just 59 of those were made and in 2017 a dealer was offering one for £175,000. Frankly, you’d be better off buying the pick of the range, a 2009 manual in Quantum Silver and with a B&O sound system for around £85,000. Just don’t join any card games. 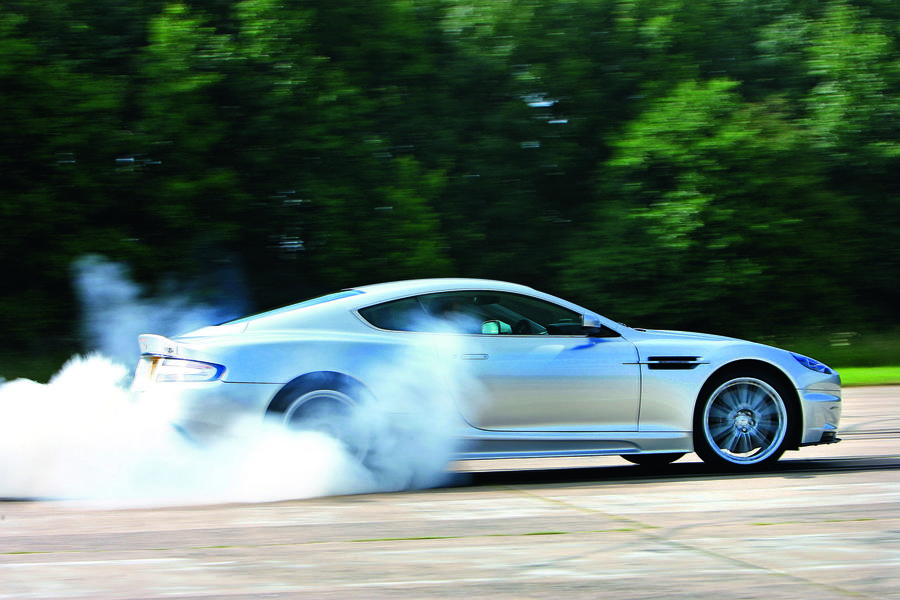 Mike Beighton, managing director, Fisher Performance: “We’re all former Aston-trained technicians and main dealer sales people so we know the cars inside out. The DBS thrives on preventative maintenance, which is why we set such store behind one having full service history, with work performed by main dealers or reputable specialists. An example: the diffs need a fluid change every four years. Some non-specialists don’t know that or they may even be encouraged not to bother. We see DBSs in the workshop that haven’t had their fluid changed for eight years, and when you drain it out, it looks like it. Believe me, the cost of a diff and DBS parts in general is such that you don’t want to replace anything other than consumables if you can avoid it.”

■ Engine: On early cars, listen for the inlet manifold ‘breathing’. The engine note appears to rise and fall but the revs are unaffected. Later cars got a reinforced manifold. Some rarely used cars develop sump gasket leaks.

■ Transmission: On early manuals, listen for the clutch ‘squawking’ during low-speed manoeuvres. It’s a fault of the pad material. On Touchtronic autos, check that the selection buttons work positively. Early cars can mis-select, triggering a warning light that a system reset will fix temporarily. Aston can reflash the electronics of affected cars to cure it.

■ Brakes: Check the 12 bolts securing the discs to the carrier. They can shear off due to overheating, allowing the disc to ‘wobble’ slightly. It is possible to source new bolts through a Brembo agent. Otherwise, it’s £12,000 for new front discs and pads. If the car isn’t used on track days, a set should last at least 70,000 miles.

■ Suspension: The Bilstein shock absorbers can leak. It’s caused by dirt working past the top seal. Later cars have a double seal.

■ Body: Check for paint blistering around the door handles caused by water getting underneath. If not treated, it’ll spread. On the Volante, water can cripple the motorised hood latches (very expensive) so check they work. Look for water behind the fuel filler flap that can drain into the boot or into the tank. Also worth knowing Aston Martin’s Timeless approved used scheme covers cars up to 10 years old with a 12-month warranty. At the time of writing, the cheapest DBS on its books was a 2010-reg auto coupé with 95,000 miles, advertised for £58,500. 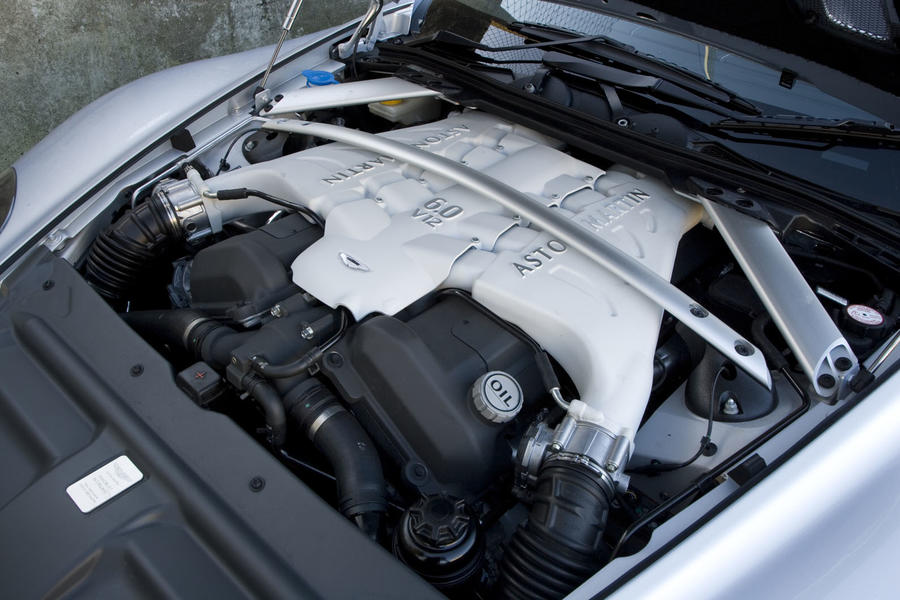 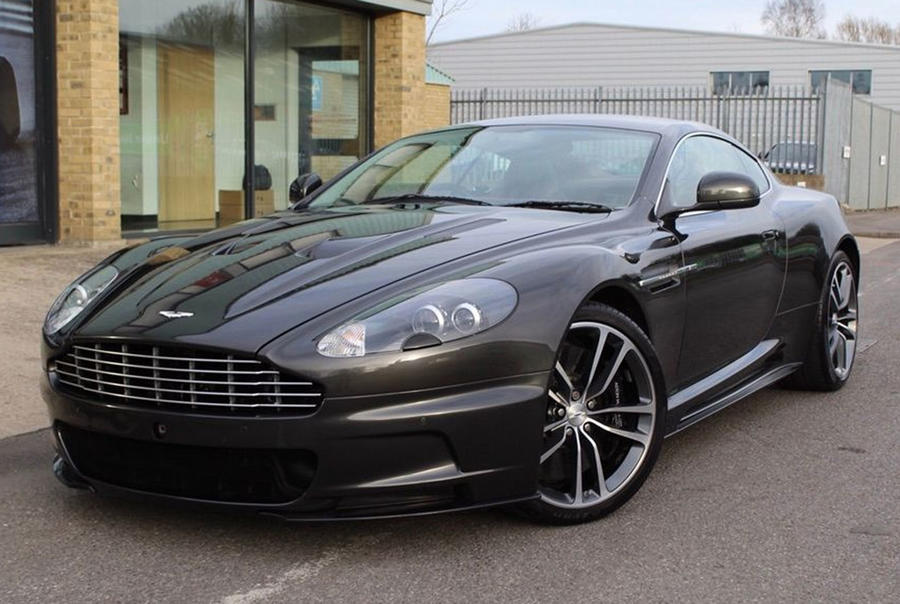 I wish the new DBS

I wish the new DBS Superleggra, DB11 or V8 Vantage would be his new Aston Martin in No time to Die. This 2006 Aston Martin was great & never failed

I can literally build an entire car for that. Anyone spending £12k on discs and pads (front only of course) has serious mental problems.