BACK TO ALL NEWS
Currently reading: James Ruppert: Is your next used car one you can rely on?
UP NEXT
How the Bugatti Chiron became the first 300mph road car

James Ruppert: Is your next used car one you can rely on?

I think I may well be one of those influencer people.

Not sure how that happened, but David read something I wrote a few years back: ‘A car that hates garages, please’. He was ‘influenced’ enough to go and test drive a Toyota Auris diesel estate and Ssangyong Tivoli diesel. The Tivoli was three years old with 15,000 miles and the Auris three and a half years old with 39,000 miles.

Don’t know the year, but both were the same price: around £7900. David liked the larger boot space and roof bars of the Auris, but overall he found that the Tivoli was nicer to drive and had a more comfortable cabin with more features. It also had reasonable boot space for his requirements. Here is the thing, though: David wasn’t just weighing up all the practical stuff and drivability. It was also the relative reliability. He knew the Toyota will run forever, provided it is looked after, but what about the Ssangyong?

Personally, I rather like them. I have driven some and thought they were great. The warranty is spectacular and they don’t seem to break down very much at all. This is the sort of stuff that used car buyers want to know. Indeed, asking owners isn’t always the best way of taking the temperature of the car market because it can be full of biases. However, it is good to see that the annual What Car? Reliability Survey confirms a few prejudices. Such as buy Japanese, or at the very least Far Eastern, for dependability.

Indeed, hybrid cars from Japanese brands topped the reliability charts, with the Lexus CT (2011 onwards) and the hybrid Toyota Yaris (2012 onwards) racking up an impressive 100% reliability rating from owners. That means there were no reported faults over the previous 12 months. This is reassuring, not least because the added complication of two powerplants does not cause an issue, since it is Japanese and specifically a Toyota, Lexus being its luxury brand. However, I did come across an owner whose Lexus 400h had a failed inverter and that put me off a bit as a replacement was a substantial four-figure sum.

Never mind, I’d buy a hybrid with a big fat warranty. I would go for a 2011 Auris in T4 trim with 80k miles at a dealer for a reasonable £6990. That’s a Toyota dealer price, but you have a year’s cover. Then again, a 2016 Suzuki Baleno 1.2 Dualjet with 26k miles is £7499 from a Suzuki dealer. It’s not that pretty, but few cars today are, and that is a good-value way to get 70mpg and all sorts of access to congestion zones.

Not only that, they will be reliable. You can trust me. I’m an influencer. 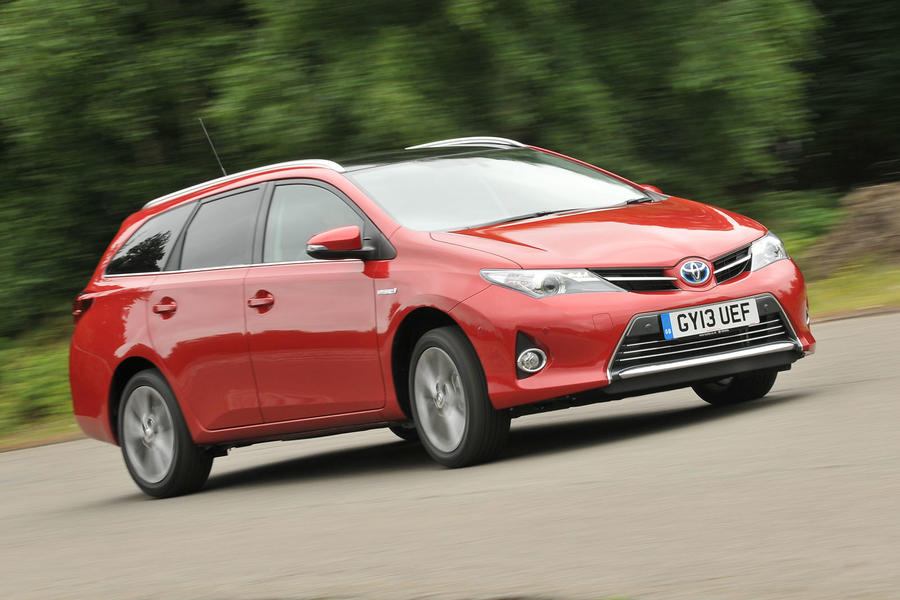 Ford Streetka 1.6 Winter: This rare, hard-top version of Ford’s dinky two-seat convertible should be perfect for the challenging weather ahead. It’s a 2006/06-reg with 74,000 miles, a year’s MOT and a black leather interior. It’s priced at £989. One thing: the roof is detachable, so you’ll need a place to store it. 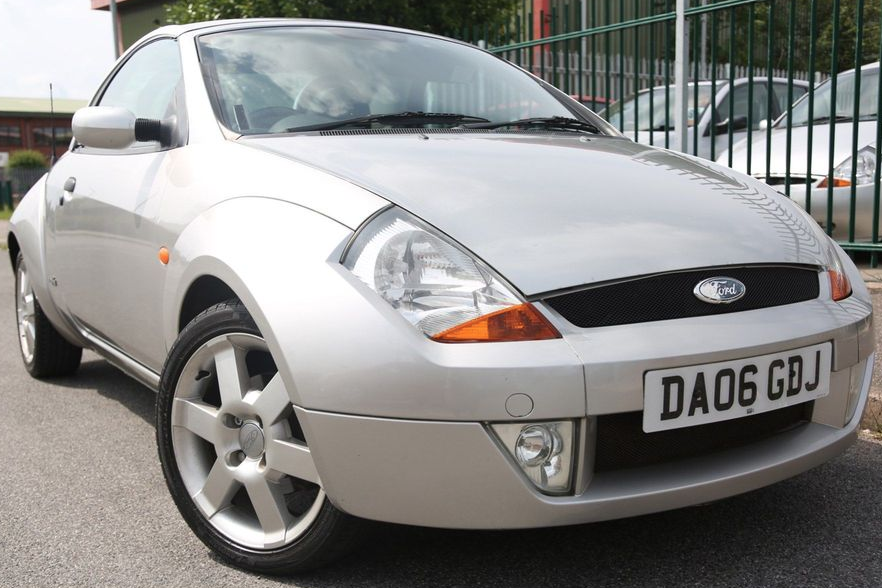 BMW 320, mileage - 83,587: The saga continues. The impossible-to-start Baby Shark drove me to phone the AA. I could not smell petrol, so clearly it wasn’t getting there. My local garage no longer has recovery facilities, which is a pain as they used to sort out non-start scenarios. Anyway, my experience of the AA has been excellent. They want to sort it out rather than tow you to a garage.

Manually pumping fuel took ages and suggested the new vacuum pump could not handle it. Once primed, the engine ran and it got me to the garage. We need more pumps. Stay tuned. 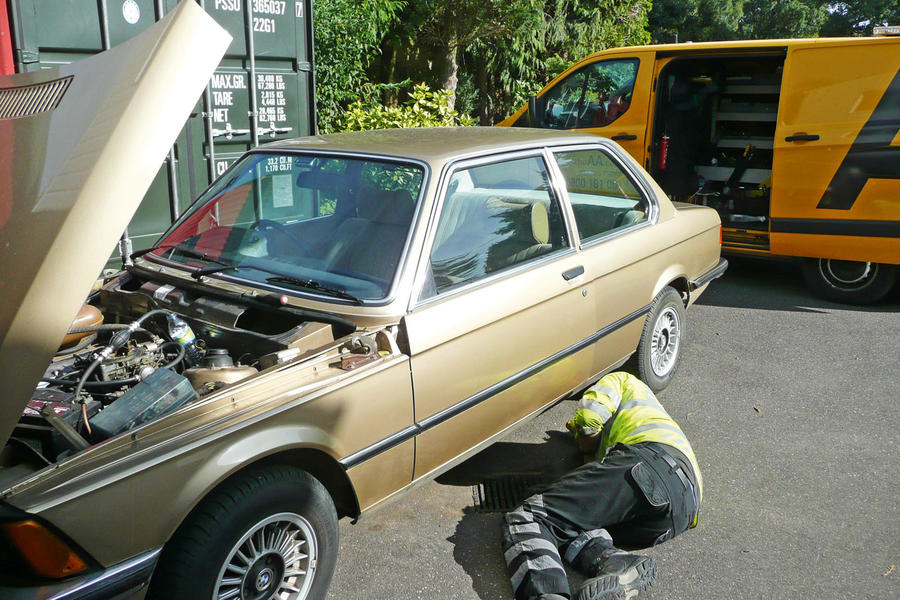 Mazda MX-5: Reader Andrew Talbot is pleased as punch that he has got himself a brand-new, to him anyway, car: “I just bought a pretty special Mazda MX-5: 03-plate, owned from new by a Boeing 777 engineer, immaculate, 27,000 miles, full Mazda service history… It’s a Nevada special edition. Very happy (until I get another Lotus Elise!). Getting upgraded brakes for its first track day.” As you can tell, Andrew’s dead excited. Who wouldn’t be? 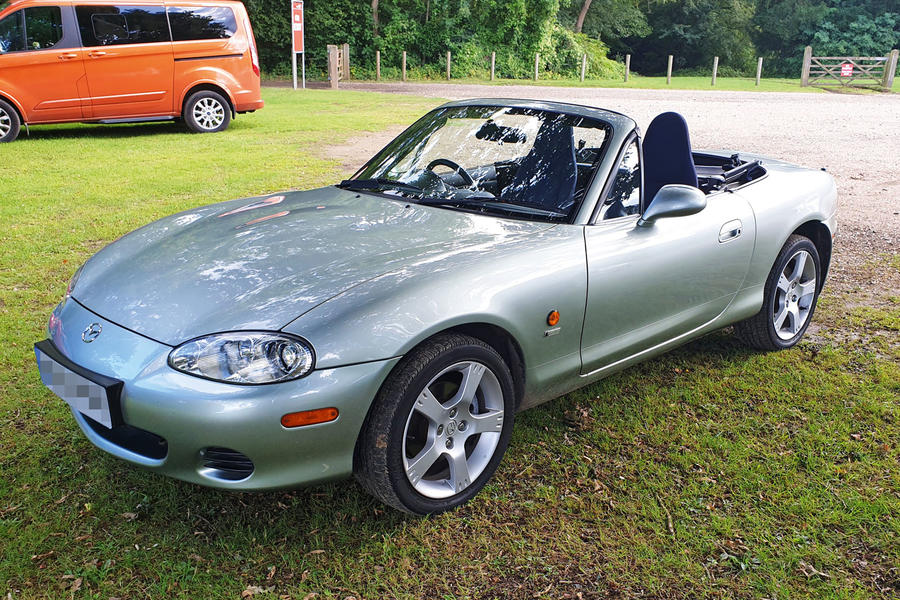 Question: Can you help me decide between an all-new Renault Clio and a nearly new, old model? Lance Taylor, Sheffield

Answer: Low prices are a feature that favours late-plate, old-model Clios. For example, a 2019/19-reg Clio 0.9 TCe GT Line with around 700 miles costs £12,000 compared with a new price, while stocks last, of £16,370. It’s well equipped (bodykit, LED headlights, climate control and a sat-nav) and the engine is smooth and pulls well. Its equivalent in the new range is the more powerful Clio 1.0 TCe 100 Iconic. That costs £16,295. The new model is roomier and looks and feels better but the driving experience is no leap forward. Once all-new Clios are around in numbers, the old model will start to date, but for now, we’d take that £4300 saving. John Evans 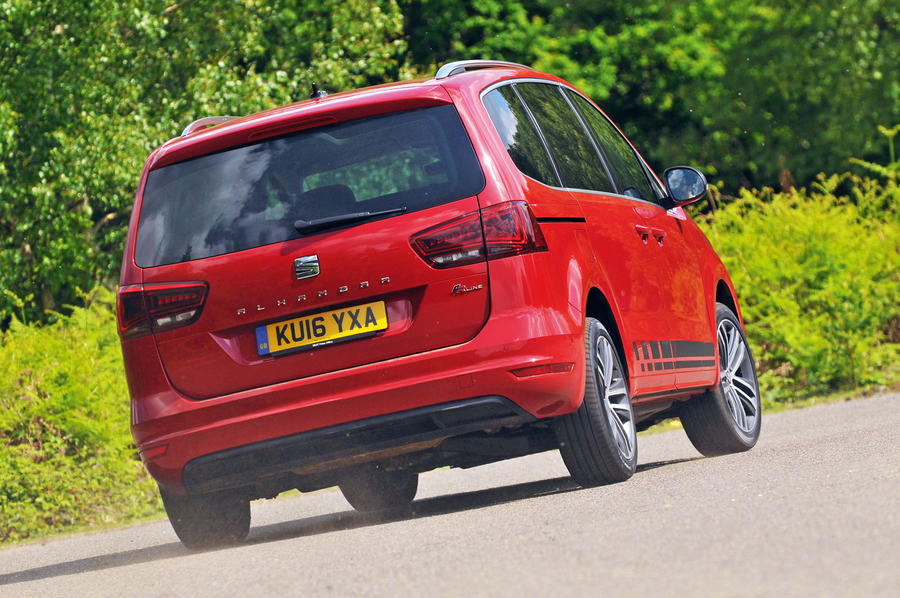 Question: I’m thinking of buying an MPV – and one with a diesel engine. My car-mad mates tell me I’m crazy and no one buys these any more. Are they right? Gordon Sloane, Worthing ​

Answer: They’re wrong. According to a recent survey, the UK’s fastest-selling used car is that splendid MPV, the Seat Alhambra 2.0 TDI diesel auto. The second fastestselling model is also an MPV – the VW Sharan 2.0 TDI diesel auto. Other MPVs are reported to be quick sellers, too. Relative scarcity and the fact that they satisfy a very specific set of user requirements could explain their quick sale. John Evans

James Ruppert: Enjoy owning your car while you can​

Top dependable bangers for under £1500

Hopefully the manufacturers will see that used MPVs sell well because there is demand for them, and will continue to make them!