BACK TO ALL NEWS
Currently reading: James Ruppert: Trustworthy first cars you can actually insure
UP NEXT
Quarter of UK cars produced in April were electrified

There are plenty of great low-cost options on the used market, such as the Suzuki Splash
Open gallery
Close

It never takes long for the starter car conversation to, well, start. The best first car is always going to be the one you can afford to buy and, more fundamentally, the one you can truly afford to insure. I’ve been told that youngsters these days want something brand new and stylish, but good parenting dictates that they drive what they’re given.

The default firstie has for some time been the Citroën C1 and its Peugeot and Toyota siblings. These seem to give some patchy ownership experiences, however; some old ones have proven money pits. But the fact that the C1 sits in insurance group 2E is the most significant factor here.

I was interested in a 2005 1.0 Rhythm in five-door format with 256,000 miles, which would worry some but inspired me. There was zero description, but its registration was visible, thankfully. The good news is that it had an MOT for eight months with just a few advisories, relating most to rusty suspension parts. So it could take you through a couple of driving tests before you drive it into a skip. Dare you? It looked remarkably solid, just a bit rough around the edges. For £300, I think I would.

The Picanto is another useful piece of kit with four real doors and four real seats. Being a contemporary Kia, it’s reluctant to break down. Its insurance group is 8A, which bears further investigation according to personal circumstances, but £999 for a 90,000-mile 2009 1.0 seemed rather attractive. It had just the two previous owners, a year’s MOT and a dealer warranty. A safe and sound enough way to start motoring life. 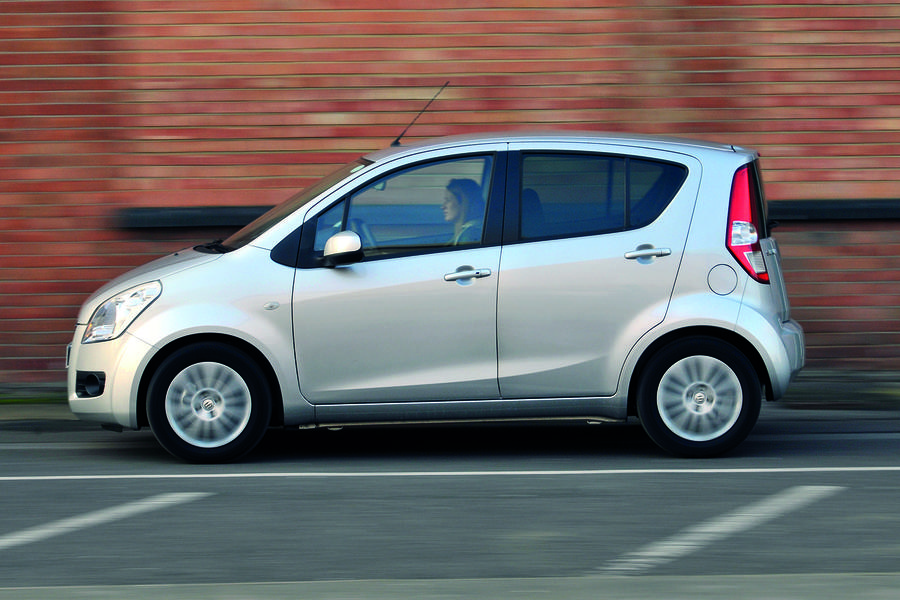 The Vauxhall Corsa is another obvious choice, being cheap, cheerful and eminently insurable. Registering in group 3E, a 2001 three-door 1.0i Expression from a private seller with 72,000 miles, four previous owners and a full service history was up for £595. It had some interesting alloys that I think were aftermarket, but it was difficult to tell. It would be worth changing them for steel wheels if they’re not standard.

Suzukis are great, so a relatively recent and tidy Splash is worth thinking about, not least thanks to a 7E insurance rating. These are very underrated for some reason; the 1.0-litre engine will return more than 50mpg. I found a 2010 car with 78,000 miles on offer for £2299 at a dealer. That would be a decent price if you negotiated a warranty and a proper service.

If that seems a bit rich for a first-timer or their family, let’s go back to that Franco-Japanese co-operation in the shape of the Toyota Aygo. An £850 three-door from 2006 showing 93,000 miles and with a full year’s MOT seemed to me like the one to have. It certainly had more life left in it than that moon-and-back C1. 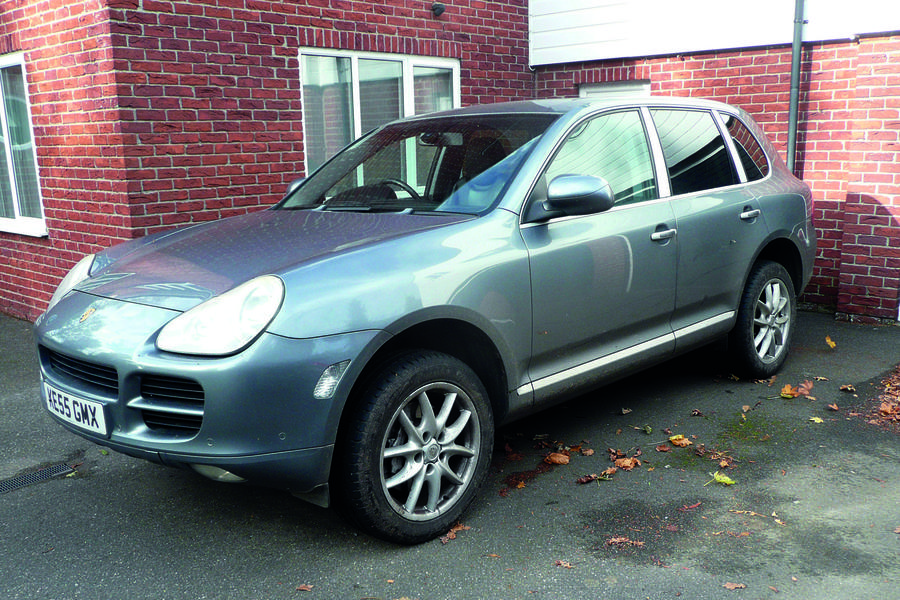 Porsche Cayenne, mileage - 108,505: Well, that was a worry: an MOT test for the Flying Pig. I dropped it off in hope, and you know what? It left several hours later with a no-advisories pass. While it was there, it had an oil and filter service, which added a couple of hundred quid to the bill, most of that for the oil. The only thing they had to do was replace a bolt in the exhaust sleeve, so hopefully I’ll have another year of Pigging about. I think the life-saving operation it had earlier this year was worth it. The rear parking sensor still works only when it feels like it, but that’s not a big worry. A year on budget tyres has worked out pretty well, despite a few of you advising caution. 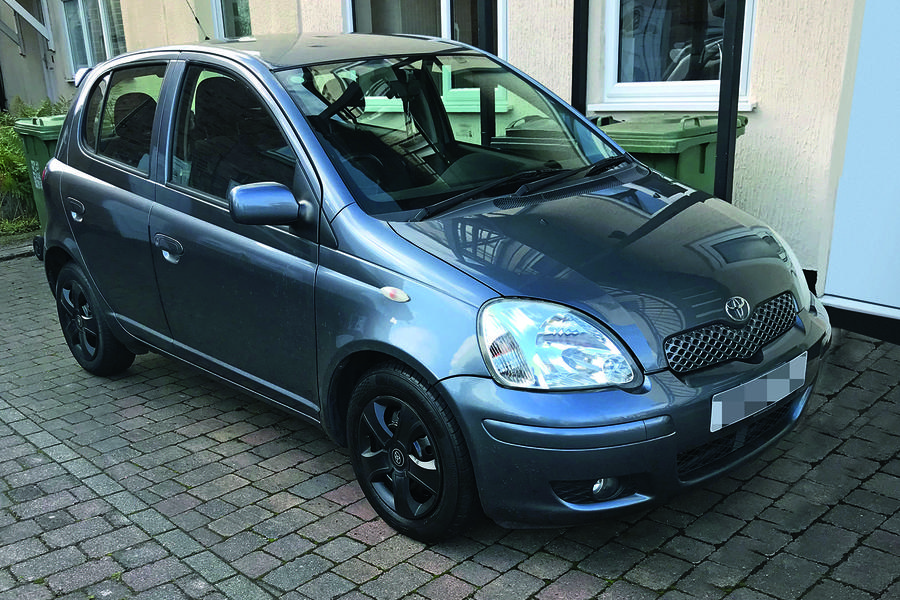 Toyota Yaris: Darren Smith is back with more Toyota news: “The black Yaris has gone to pastures new. It finally had to go after 170,000 miles, because it was using oil at a phenomenal rate and was looking too expensive to repair, given it wasn’t worth much. I traded it in for a 2005 Yaris with 86,000 miles, a year’s MOT and full service history. I had to have another, because they’re such great little cars. I got £250 for my trade-in so had to put only £1049 towards it. I wasn’t about to take one of those finance deals; I actually want to own my car.” 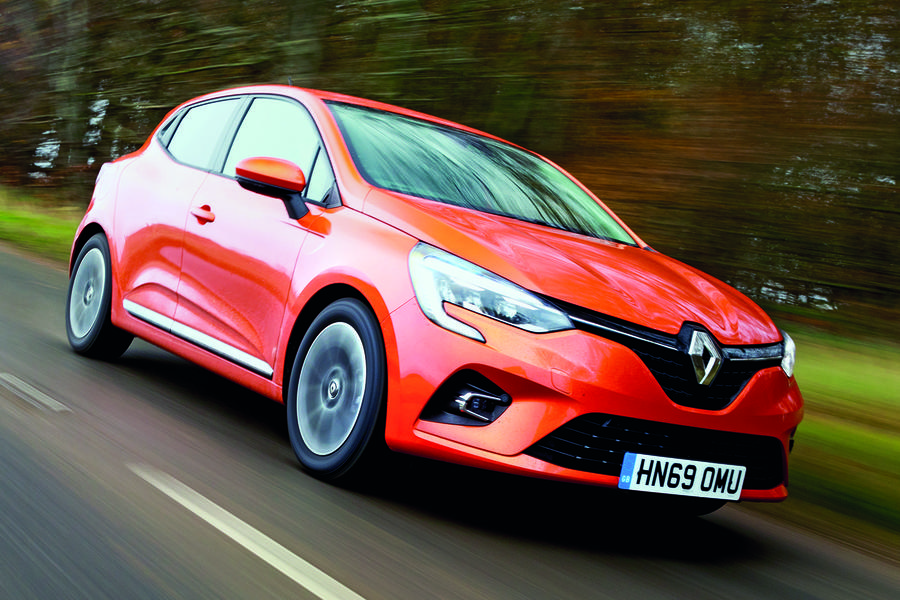 Question: We want to change our Peugeot 307 SW for an automatic petrol hatchback that costs less than £20,000. What do you recommend? John Martin, via email

Answer: Practicality, dependability and ease of use are the order of the day, then. For £17,000, you could swap into a snazzy 69-plate Renault Clio 1.3 TCe, like that we recently ran for three months. We achieved an average of nearly 50mpg and had quite a nice time doing so. If you need something a little bigger, you can’t go far wrong with a humble Volkswagen Golf Estate. You could get a 2019 1.5 TSI GT with just 9000 miles on the clock for a grand less than your budget. FP 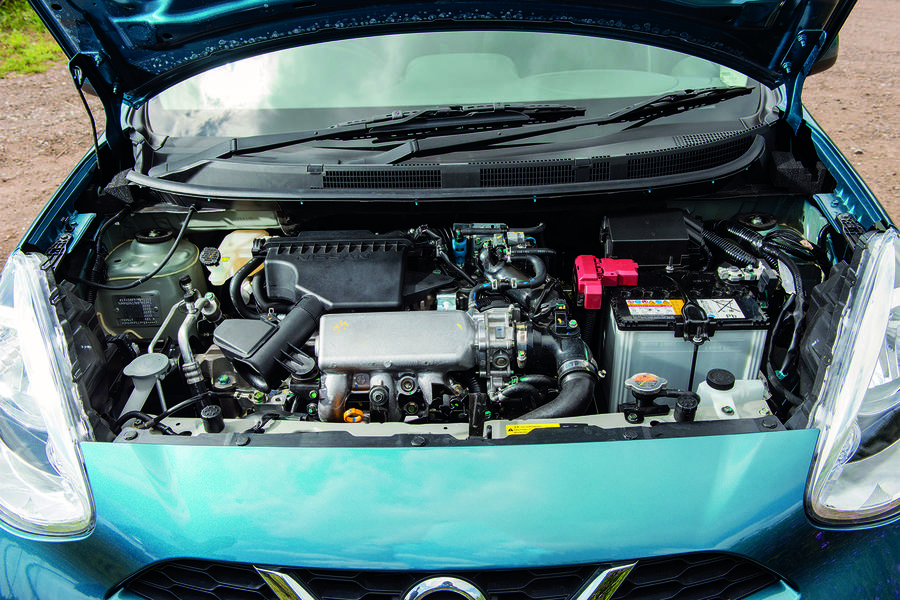 Question: I had the radiator overflow tank and radiator cap on my Nissan Micra replaced. Now the coolant level is falling, yet a pressure test found no leaks. Do you have any idea what could be wrong? Ian Henderson, via email

Answer: If the coolant isn’t leaking out, it must be leaking in, which means it’s likely the head gasket has failed, probably as a result of the engine overheating recently. It’s a costly fix, even if the head is deemed fit to continue. To be sure, check the oil for a milky substance and see if white smoke is coming from the exhaust. If it does need replacing, weigh up the value of the Micra against the cost of labour; it might be more cost-effective to part ways. FP

James Ruppert: Don't chicken out on a second-hand coupe

James Ruppert: £8000 goes a long way on the used market

As James didn't bother to actually get an example quote, I did. For a 17 and a bit year old with black box fitted, all those above were around the £1,300 - £1,600 range for a student living at home in the suburbs of Yorkshire or the home counties. So still more than the value of the car or you could allow £50-80 a week for taxis and buses and be in profit.

Corsas are expensive to insure because they attract the boy-racers.

Rupert, I can't believe you pay someone £200 to change your oil and filter on the Porsche? Totally against the ethos of Bangernomics!

si73 24 November 2020
From past experience of buying and insuring first cars for my younguns, I found the Corsa although a low ins group was expensive to insure. My son's 120k mile mk2 twingo was cheap to buy and insure and had a decent safety record, as did my daughter's 100k mile fiesta. What is surprising though is how much difference age makes. When you go on comparison sites you can get huge differences in quotes for identical cars of different ages. It seems that a lot of the cheaper quoting insurers won't quote for a car over a certain age, 15 yes seemed to make a difference when I did it. An car at 14 was cheaper than an identical one at 15.