BACK TO ALL NEWS
Currently reading: Buy them before we do: second-hand picks for 8 March
UP NEXT
Bentley Batur: new Mulliner car to arrive on 21 August

Buy them before we do: second-hand picks for 8 March

A fully-loaded 469bhp super coupé for less than a top-spec Dacia Sandero? Surely it's a no-brainer...
Open gallery
Close

Despite the fact that over the next four or five years its new owner is likely to spend almost the same again running and maintaining it, it’s still a mouth-watering prospect.

The 2003-reg car has done 91,000 miles and, says the seller, has full service history. That being so, it should have been serviced every 12,000 miles, and the brake fluid should have been changed every two years, the coolant every four and the transmission oil and filter every five. 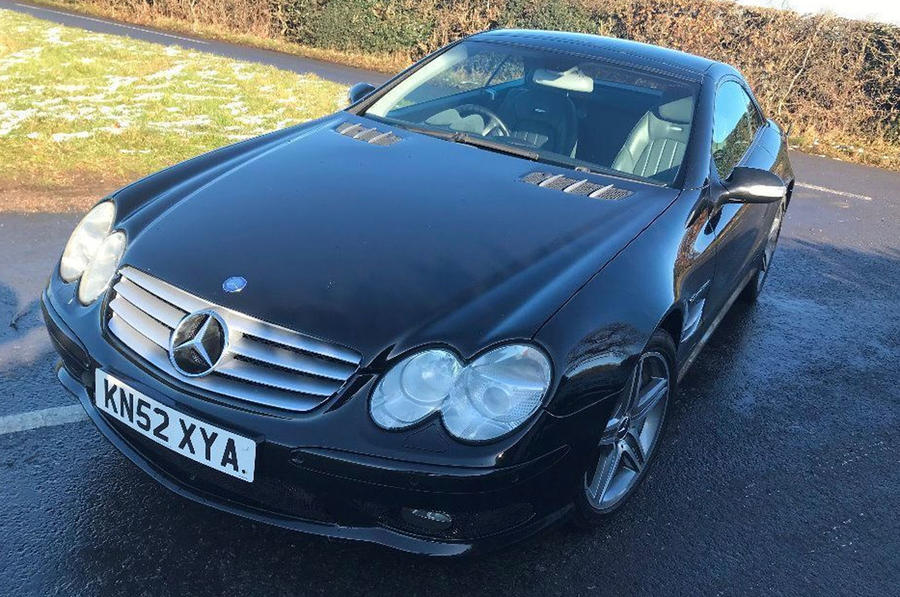 Being an SL55, it has all the ’tronics – Dist, Lingua, Park and Senso – plus Active Body Control suspension. That’s a lot of pre-purchase button pushing in addition to a long test drive. The Vario roof is a nice piece of theatre but we’d check the seals to ensure water hasn’t been sneaking past them into the boot, where it upsets the electric motor.

Trying not to be intimidated by the sight of that 5.4 V8 and its plumbing, we’d scrutinise the supercharger cooler for leaks. From the driver’s seat, we’d check the transmission lever works smoothly. If it doesn’t, the fault could lie with the plastic peg that prevents the driver selecting reverse without a foot on the brake.

The traction control, fly-by-wire throttle, electric windows and tyre pressure monitoring system can play up so we’d pay close attention to them.

The Sensotronic Brake Control system is known to pack its bags at around 100,000 miles, so we’d be keen it has a health check. So, too, the Active Body Control system. This can suffer from corroded pipes and leaky seals, which allow the hydraulic pump to run dry. Budget £1600 for that little item. 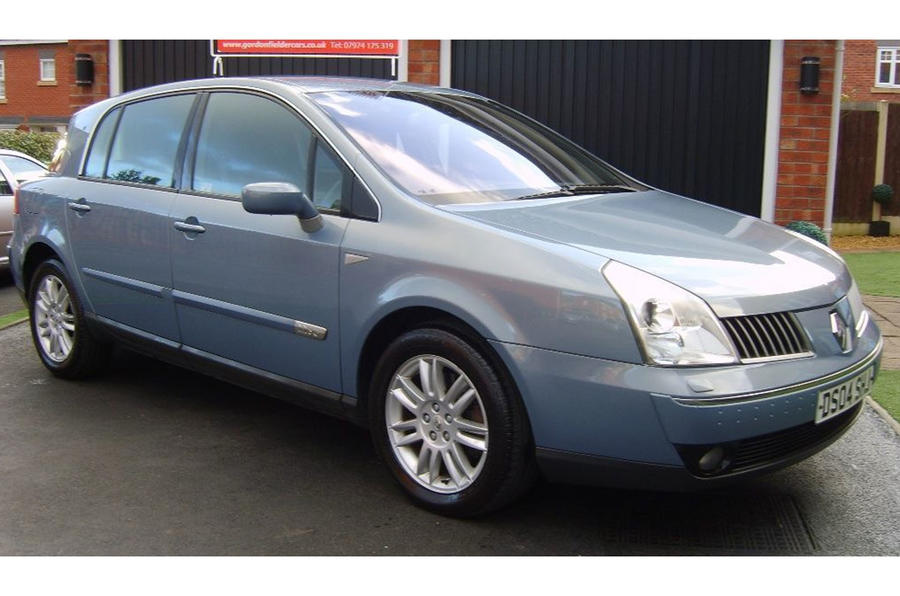 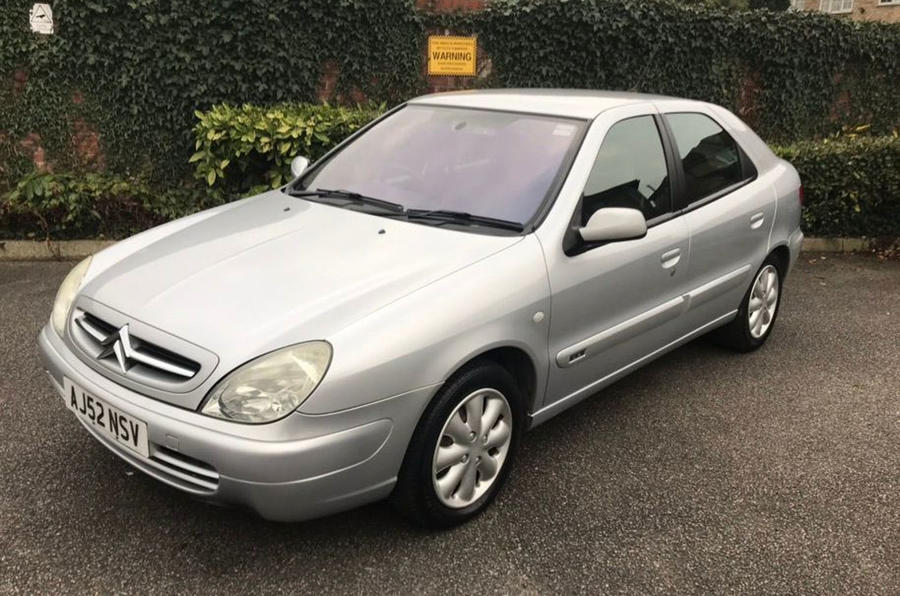 Citroen Xsara, £1490: Another one for your French collection: an immaculate, one-owner, 2002-reg Xsara 1.6i LX with full service history and just 29,000 miles. A practical hatch for when the running bills on the 760Li and SL55 force you to bring forward their retirement. 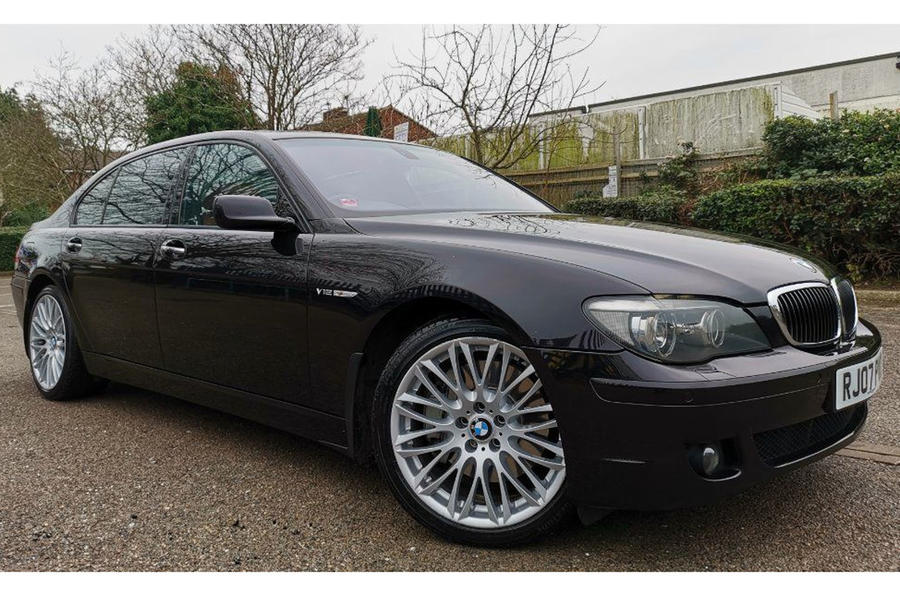 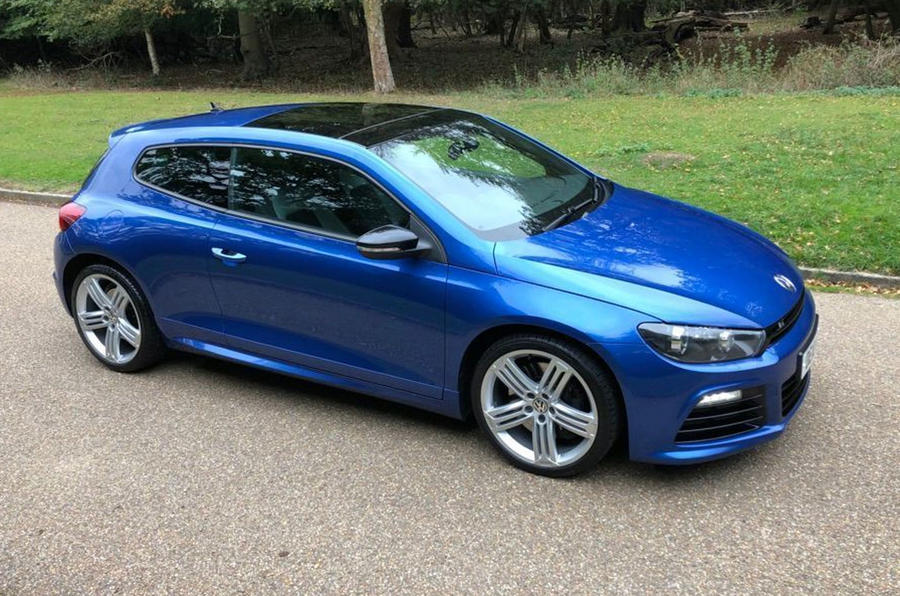 Volkswagen Scirocco, £9995: Put aside this 2010-reg R’s 118,000 miles and focus on its unblemished paintwork and wheels, and 12 service stamps. In time-honoured fashion, the dealer selling the one-owner car says the first to see, will buy. You’re still thinking about that mileage…

Volkswagen Beetle: True, the new Beetle – rounded or squashed-roofed – was not everyone’s cup of tea but today makes an interesting, value-for-money alternative to a Golf. One tidy, 2009/58-reg Lunar 1.4 with 46,000 miles made £2350 at auction recently. 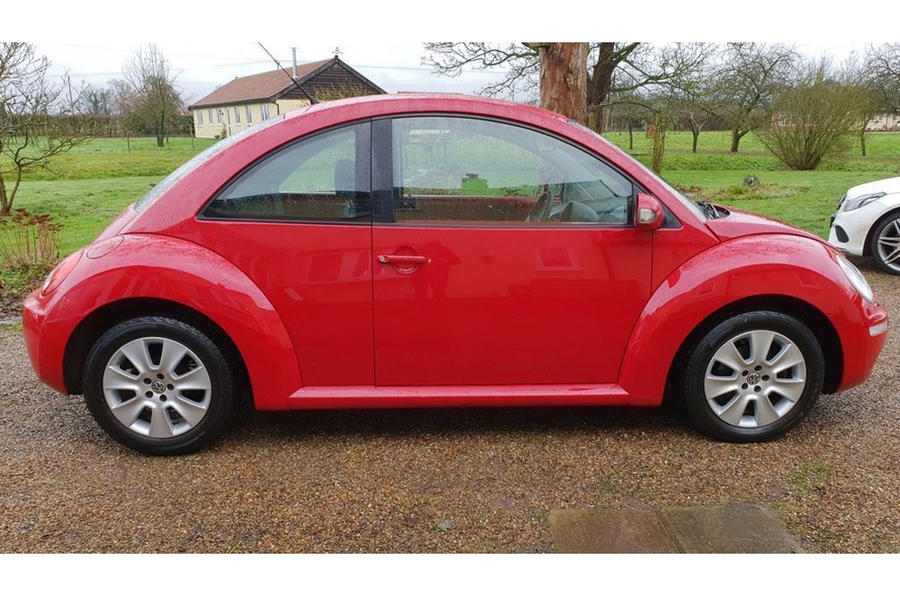 You’d pay a dealer around a grand more for the same car. Its equivalent, a more powerful Volkswagen Golf 1.4 TSI three-door, would be much more expensive. Reckon on at least £5000 at a dealer. Still, there would be no pressure to stick a flower in its dashboard. 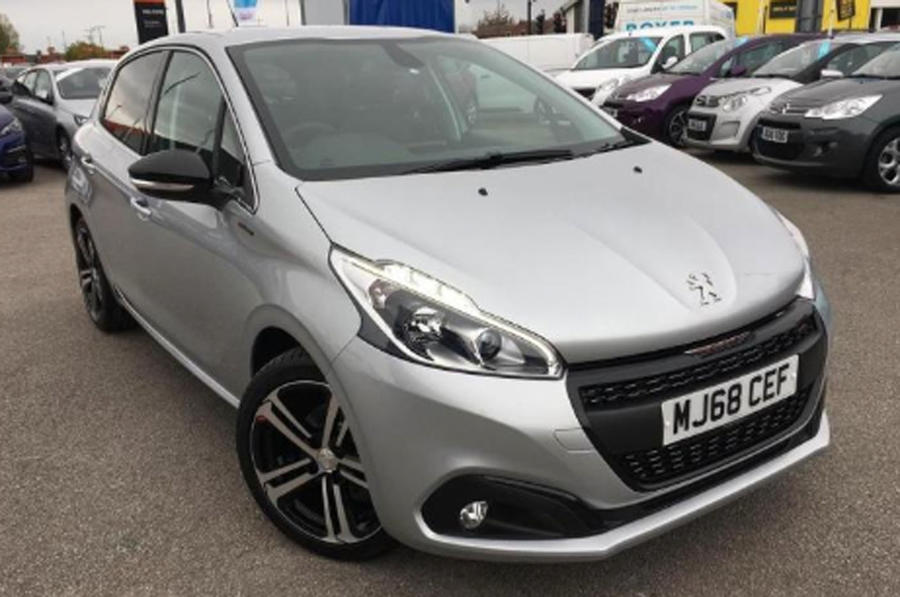 Brief: Find me an American muscle car for £10,000 that will turn heads on weekend drives. 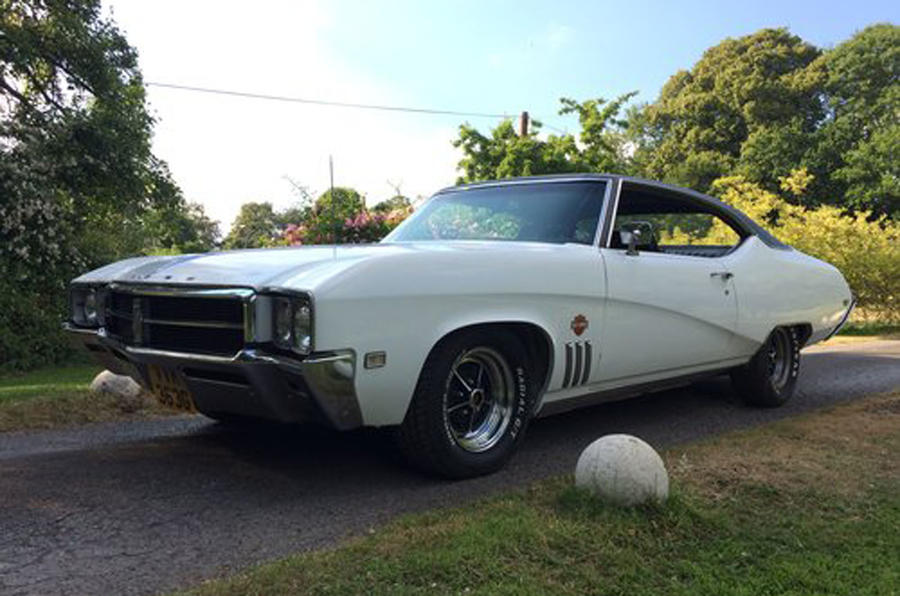 Buick Skylark Custom, £8500: If you’re after a true American muscle car, you really need to get one from the heyday of such monsters – preferably something before the mid-1970s when, as one contemporary motoring journalist put it, “breathing clean air became fashionable”. With that in mind, I give you a 1969 Buick Skylark Custom. This one has a huge, 350cu in (5.7-litre) V8 with a two-barrel Rochester carburettor to give it plenty of motive force down the straights, which is the whole point of a muscle car, really. Max Adams 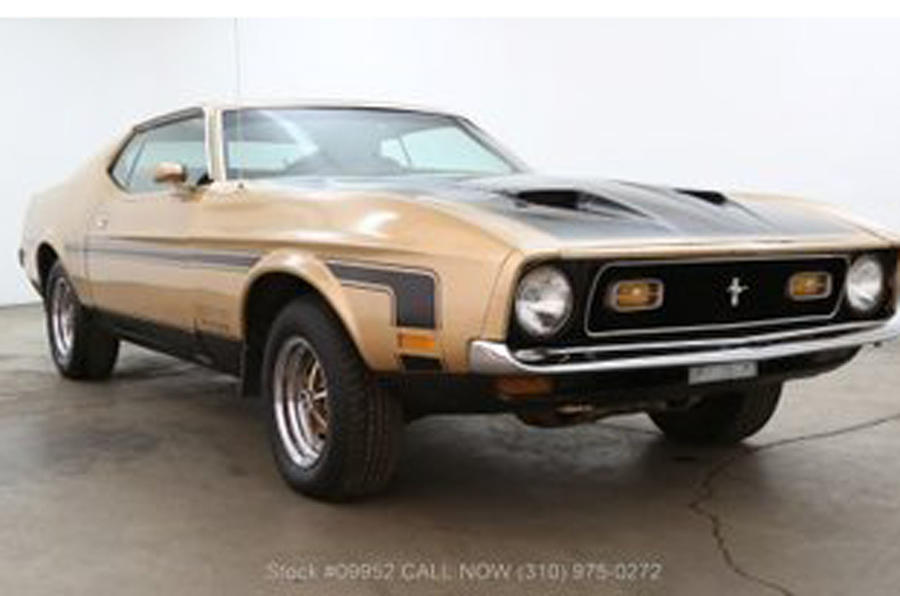 Ford Mustang, £8960: You’ll have to wait while they ship this gorgeous Mach 1 over but who the hell cares: all God’s chillun’ love a Mustang. It’s in good nick and has had the same owner for years, and just look at it! So it’s got a V8 under its enormous bonnet and it’s auto and power steered, but all that is as nothing next to the prospect of cruising around Surbiton in this American dream, unleashing your inner Tiffany Case. Ah reckon that jest about trumps your old Buick, boy… Mark Pearson

Verdict: Tarnation – this ain’t easy but I’m going with that awesome Buick since I reckon it’ll put more necks out than the more familiar ’Stang.

Might be an idea to add direct links to the ads. Been struggling to find that Buick... Looks like a bargain.
xxxx 8 March 2019

I look forward to this weekly article being posted. I’m likely to be changing cars in the next 12 months and have little interest in modern cars. These articles do throw up some interesting and leftfield choices.