BACK TO ALL NEWS
Currently reading: Buy them before we do: second-hand picks for 21 February
UP NEXT
Lamborghini confirms LMDh entry for 2024

Buy them before we do: second-hand picks for 21 February

With prices starting from £2000, a Fiat Coupé 2.0 24v Turbo makes for a fun modern classic - as do the rest of this week's used car finds
Open gallery
Close

It was first offered in 2.0-litre 16-valve and turbocharged forms, but these were replaced a couple of years later by 20-valve five-cylinder versions. Today, it’s the 20v Turbo that hogs the classifieds, with prices starting from around £2000 (or £1000 for non-runners) and rising to £25,000 for the best ones.

We can think of tougher cars but the Fiat has its charms, not least those looks and that engine, which, in 20-valve turbo form, made 217bhp for 0-62mph in 6.3sec. It’s a strong unit but we’d change the cambelt and water pump every 50,000 miles.

When checking one over, make sure the rear coolant hose is secure. (It can let go without warning but the clamshell bonnet traps the steam so you only realise when it’s too late.) The Coupé is a nose-heavy thing that puts some strain on the front suspension, so make sure all is well there. Regarding the body, 16-valve models rust badly. Later cars are better but, even so, check the floorpan, especially.

The Coupé is a modern classic but we’d be reluctant to lavish too much cash on one. It’s why we were drawn, first, to a cherished 1998-reg 20v Turbo with 77,000 miles and a good service history, including a recent cambelt change, up for £3990 and then, following that, to a one-owner example with 89,000 miles and full service history for £2500. The catch? It was written off in 2010 with wing damage. Many potential bargains have been ignored for being a Category D but, since this one has a brand-new MOT with no advisories, it might just be worth a go. 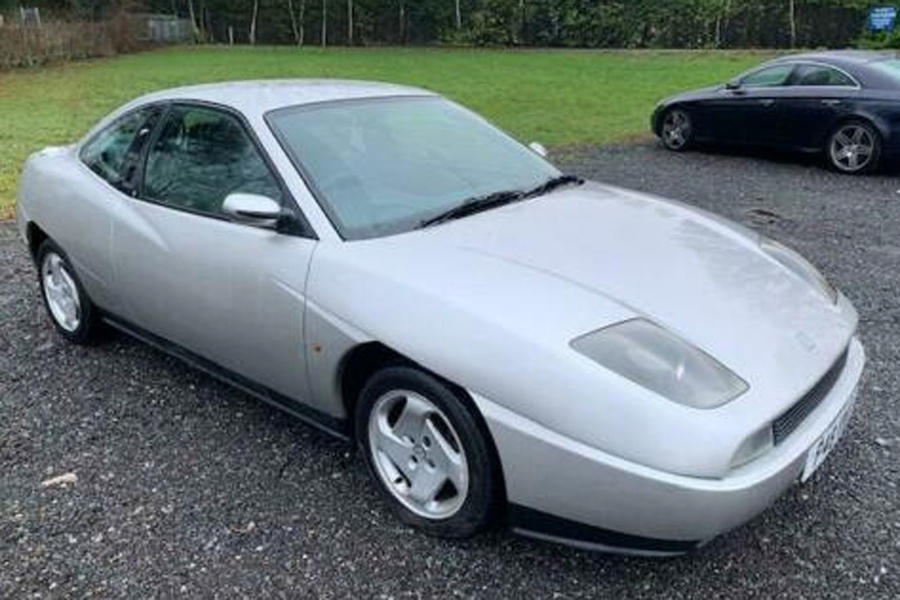 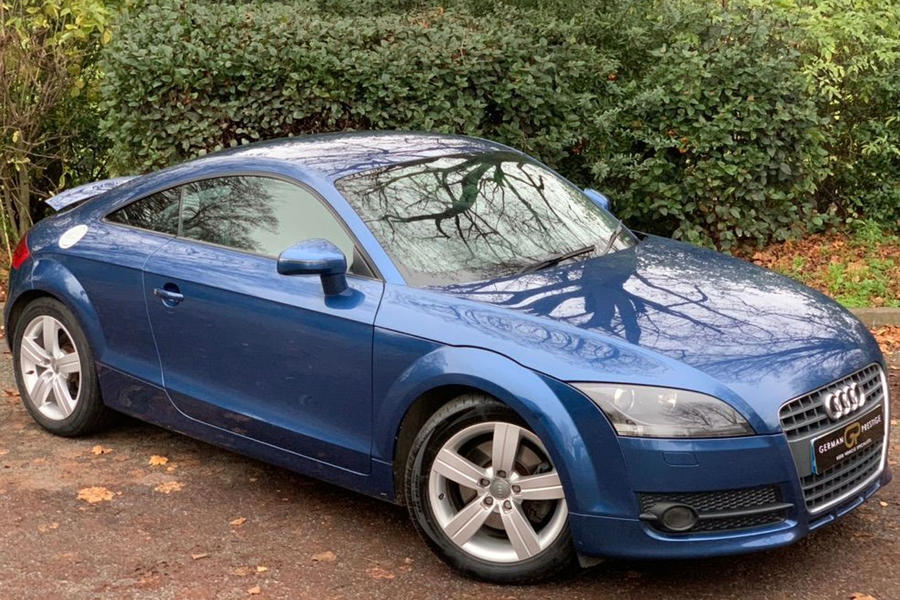 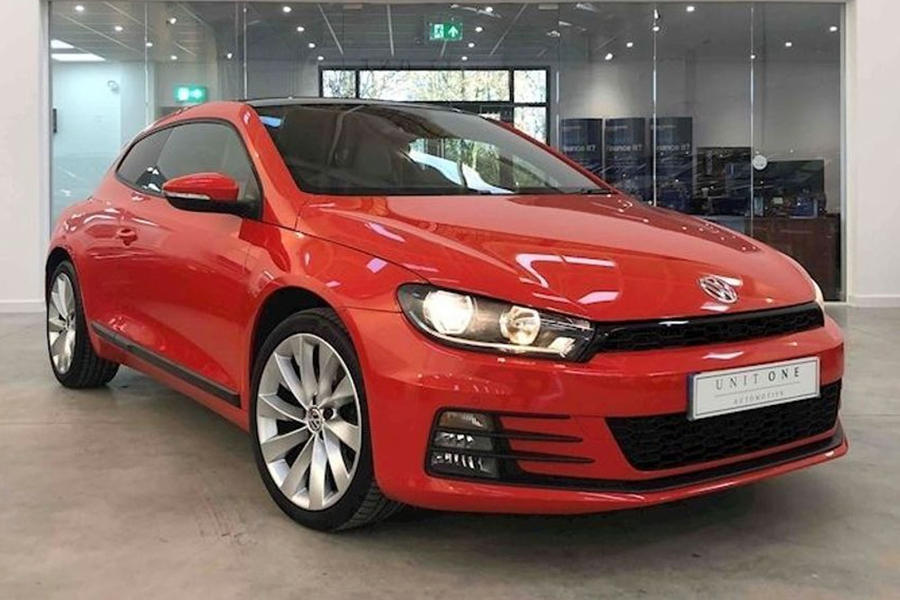 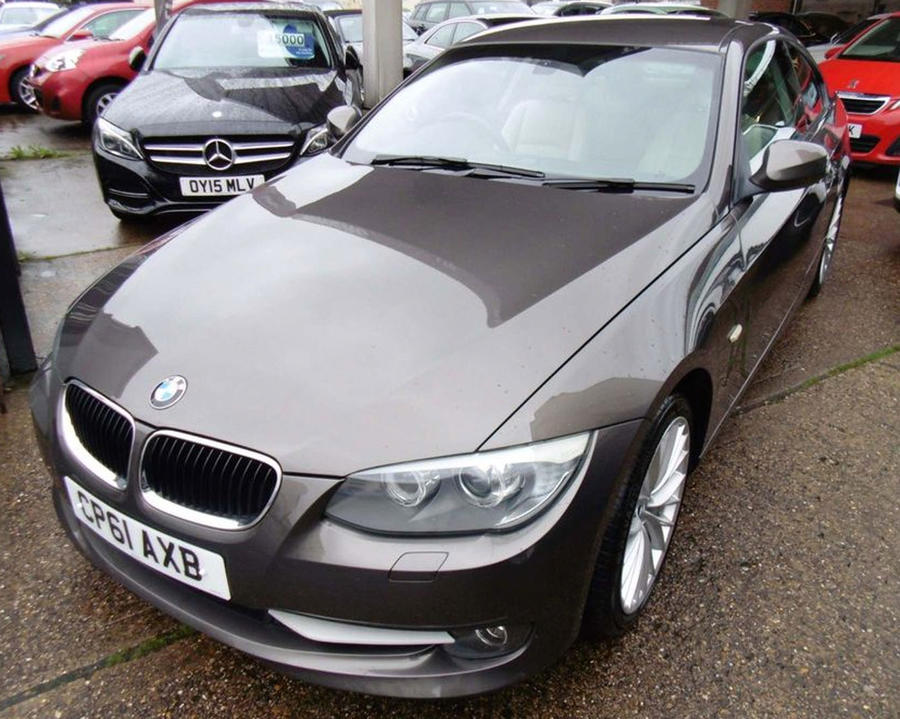 Mini Coupé JCW, £7999: New, it was a bit of a lemon, and used, it probably still is. Except that, what with there being so many hatches knocking around, it looks refreshingly different. It’s good value, too: our find is a 2012-reg with 38,000 miles, a full service history and stacks of kit. 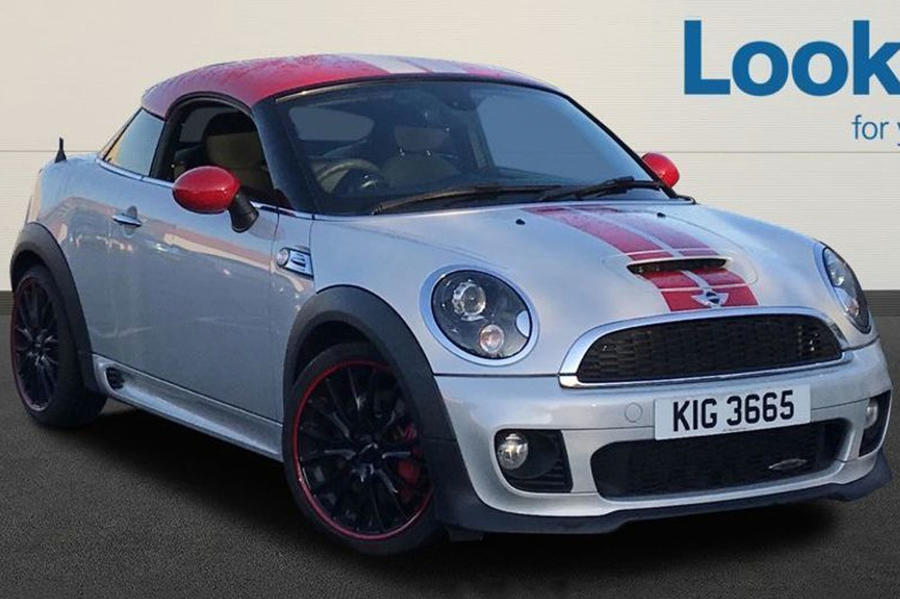 Suzuki Swift Sport 1.6 3dr, £8995: A warm hatch from a small Japanese maker. Surely not the ingredients for a future classic, except that under the bonnet of the old Swift Sport is that rare thing: a naturally aspirated petrol engine. It’s a 1.6 producing, from 2014-17, 134bhp. With the Swift weighing just 1045kg, that translates to 128bhp per tonne – or about the same as the Peugeot 206 GTi. Will we regard the little Suzuki in the same light? That’s a stretch but it is almost as fun to drive and it’s a last-of-breed. Around £9000 buys a very low-mileage 2017-reg. 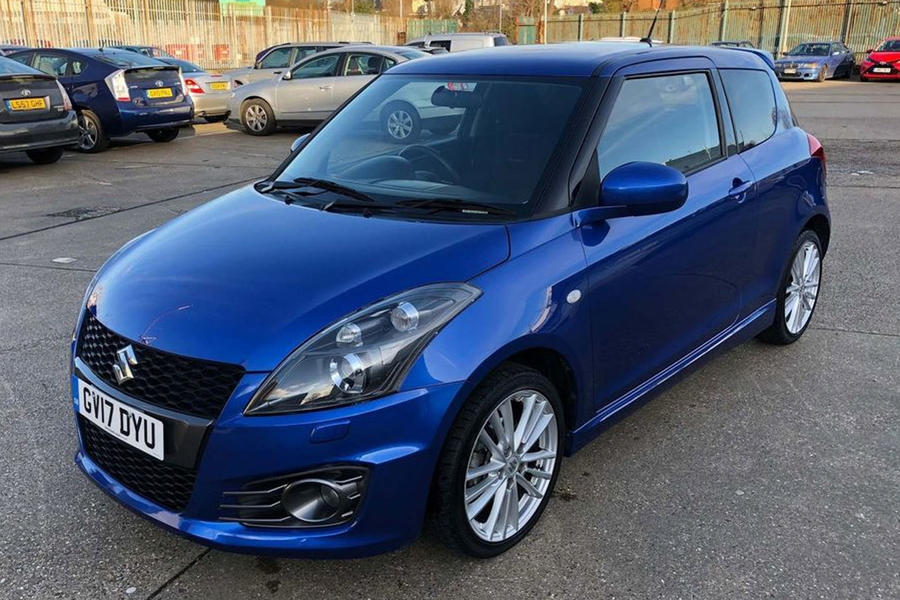 No classic car auction is worth its salt without a sprinkling of MGBs. Prices for early chrome-bumper models are getting silly but fortunately there are always the later, and much maligned, rubber-bumper cars for less money. Launched in 1975, they sit a little higher than the earlier model – they have thicker anti-roll bars to contain body roll – but a clever paint scheme can make them look better proportioned. Just before Christmas, a late 1981 LE roadster in good condition and with 78,000 miles went through the ring and changed hands for just £2912. 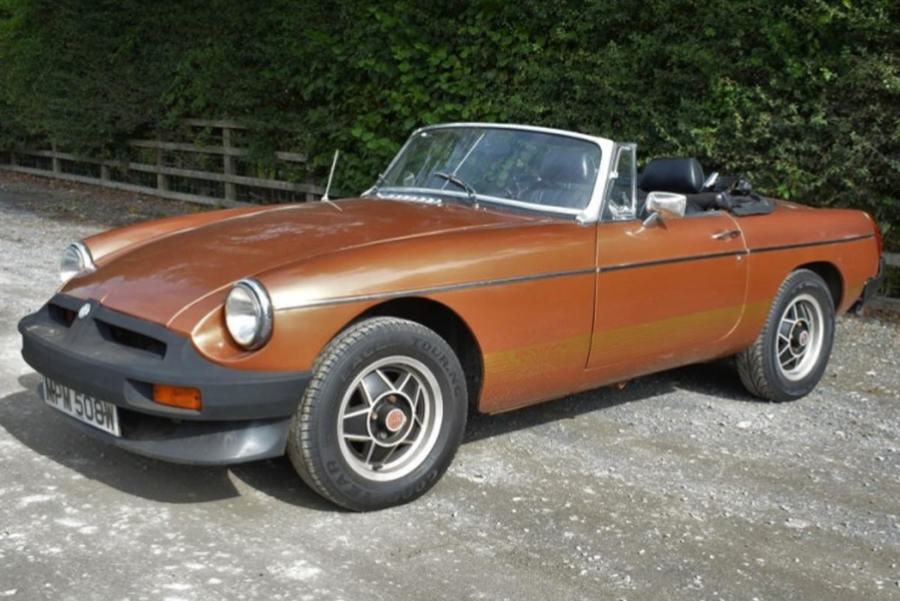 Max Adams: You want a car to be proud of? I give you the facelifted L322-generation Range Rover, complete with many improvements over the older version and a great 3.6-litre twin-turbo V8 diesel. What’s more, this 2007 top-spec Vogue SE has TV screens in the headrests to keep the children distracted in the back, making mine the perfect family car. What’s your choice, Mr P? 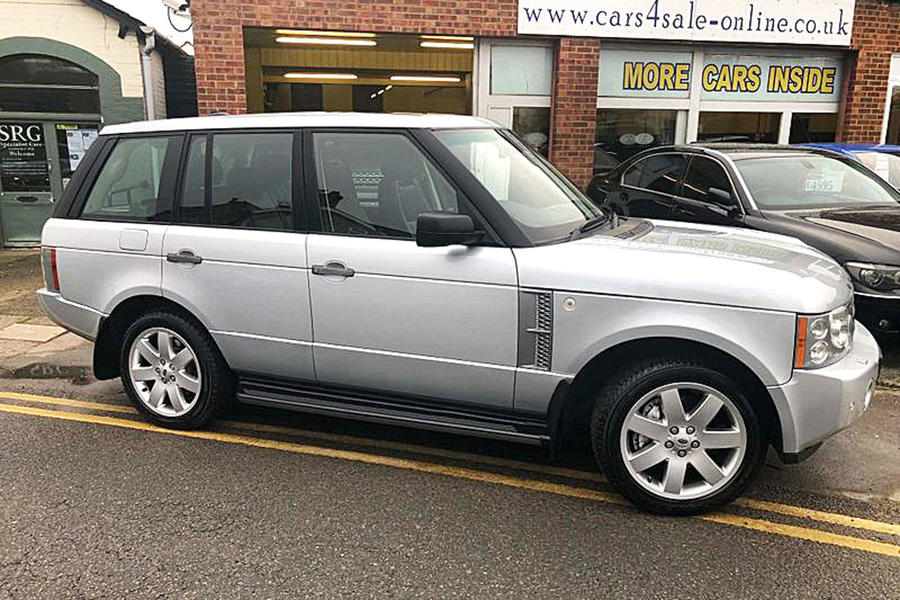 Mark Pearson: This perfect Porsche Cayenne. A 2007 V6 S petrol. Just 68,000 miles and a full service history. Your family will look up to you in awe with this thing and think of the fun you’ll have driving it. Yours will break down, alas… 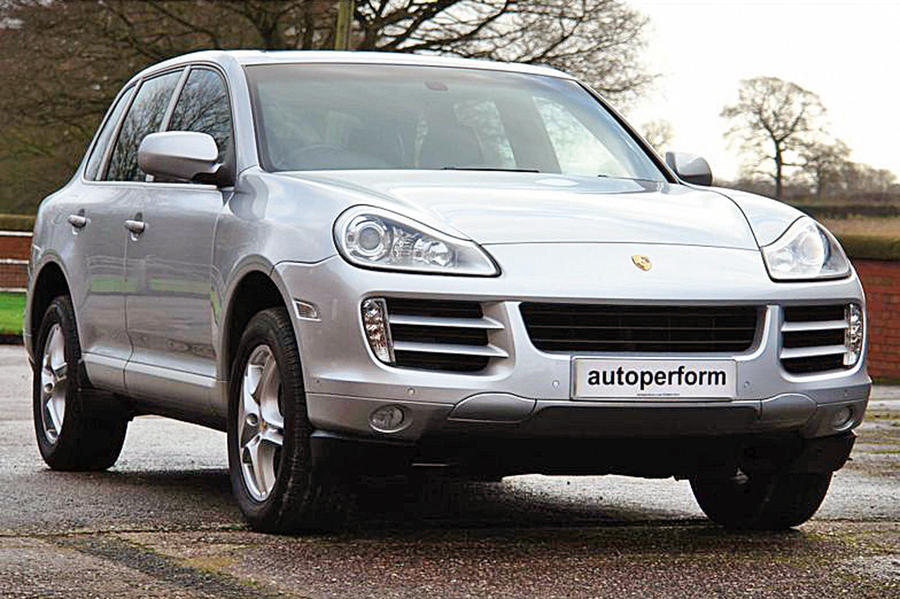 MA Not necessarily. Keep on top of maintenance and you should be okay. True, there are some big-ticket items such as the EGR valves, but then my car costs less than yours and won’t consume as much fuel.

MP Maintenance is what you’ll be paying to your family when they leave you, fed up with being constantly stranded at the side of the road…

MA Not every Range Rover breaks down – and mine has done fewer miles than yours.

MP My Cayenne is a firm-buttocked sports car, whereas your roly-poly Rangie has the steering of an ocean liner. You’ll wear yourself out. Don’t be a fool, John: vote Porsche.

Verdict: Close, but the Porsche wins by a pose.

Least reliable car on our fleet was a Cayenne... go figure

Yum for the Fiat

The Fiat Coupé is the only Bangle design I like. A friend scared me witless in one some years back - very fast.

As for the MG, always wanted a B, maybe one day...

And the 7 seater comparison? Anything other than the Range Rover. Wonderful in thier day, but I can't remember which day that was - Tuesday, or maybe Wednesday...the rest of the time it will be broken, and so will your bank account. Mind, the Porsche will also trash your bank account, and that's before it breaks down...

That MGB is not so cheap now...

An MGB of the same reg as the pic above is currently waiting for Spring on a popular internet car sales site that started in Reading and used to have a weekly magazine for just... £7995, wow, that is some margin! £5k, I'm in the wrong game. The spec and mileage is the same as above so I assume it's the same car, message to the buyer, bargain hard!
View all comments (4)