Some cars just outstay their welcome, and the Volkswagen Passat CC was one. Launched in 2008, it was still with us in 2017. Still, it had given the company a toehold in the emerging four-door coupé class inspired by the Mercedes CLS of 2004, and we all know how important it was for Wolfsburg to bash Stuttgart (see VW Phaeton).

The letters ‘CC’ stand for ‘comfort coupé’, but if anyone thought they were code for a sporty drive, they were to be disappointed. Under those attractive, swoopy lines lurks the safe-as-houses Passat: reliable, comfortable and well screwed together but no barrel of laughs. However, the Passat CC was at least longer and lower for a sportier look, and it had classy frameless windows.

It was powered by a choice of petrol (1.8, 2.0 and 3.6 TSI) and diesel (2.0 TDI) engines. If the 1.8 and 2.0-litre petrols were irrelevant to the fleet market that was the model’s natural home, the 3.6 was doubly so – but a hoot nevertheless (see ‘One we found’). Not surprisingly, diesels dominate today’s classifieds.

There were two versions: one making 138bhp and another with 168bhp, the latter providing the best balance of power and economy. Both were offered with a choice of six-speed manual or DSG dual-clutch automatic gearboxes, today split 50/50. The autos can suffer mechatronic control issues and seem to thrive on 40,000-mile fluid and filter changes, but these things can be blown out of proportion. Just check it changes quietly and smoothly. 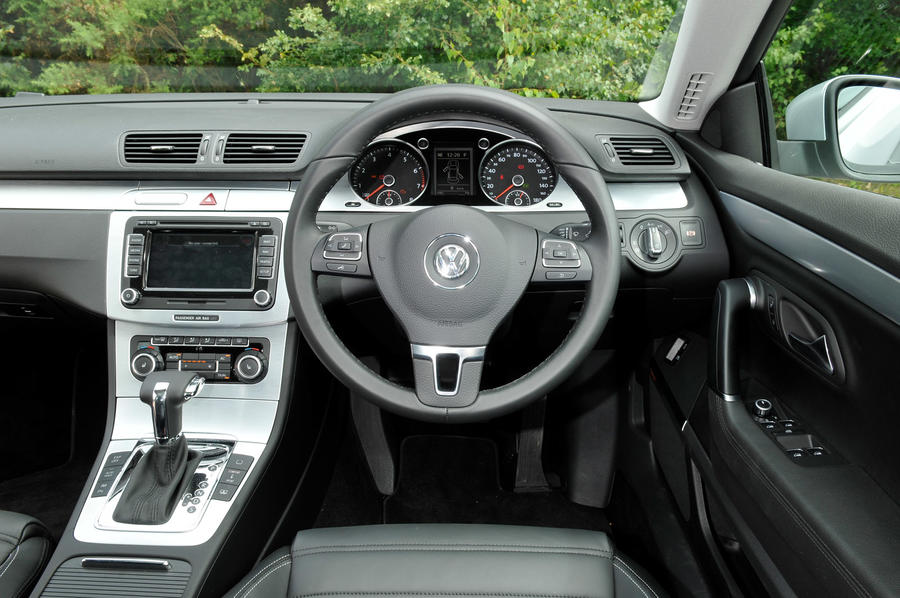 The Passat CC was more expensive than the Passat, but the extra cash bought a higher-quality cabin and more standard kit. Even base trim has sports suspension, 17in alloys and climate control. GT is the one to have, though, with 18in alloys, tinted windows and three-mode adaptive suspension, and from 2010 it gained nappa leather. Today, GT trim predominates in the classifieds.

That CC premium also bought one less rear seat. Doesn’t sound like much of a deal, does it? Most people didn’t think so either, although looking into the back of a Passat CC today, those separate chairs do seem more in keeping.

You may have noticed we keep saying ‘Passat CC’. That’s because in 2012 the model was revised and became known simply as the CC. You can tell new and old apart by the former version’s revised grille, incorporating bi-xenons and LED running lights, as well as by the fact that inside, the two rear seats were replaced by a three-seat bench (this had been an option from 2010, so maybe best to rely on that tweaked grille). The petrol line-up also gained a 1.4 TSI, although we could find no trace in the classifieds.

If you don’t need the extra practicality, the Passat CC or simply CC is a tempting alternative to a standard Passsat. It’s better value than a BMW or Audi, too, but feels just as special. Perhaps Volkswagen was onto something after all. 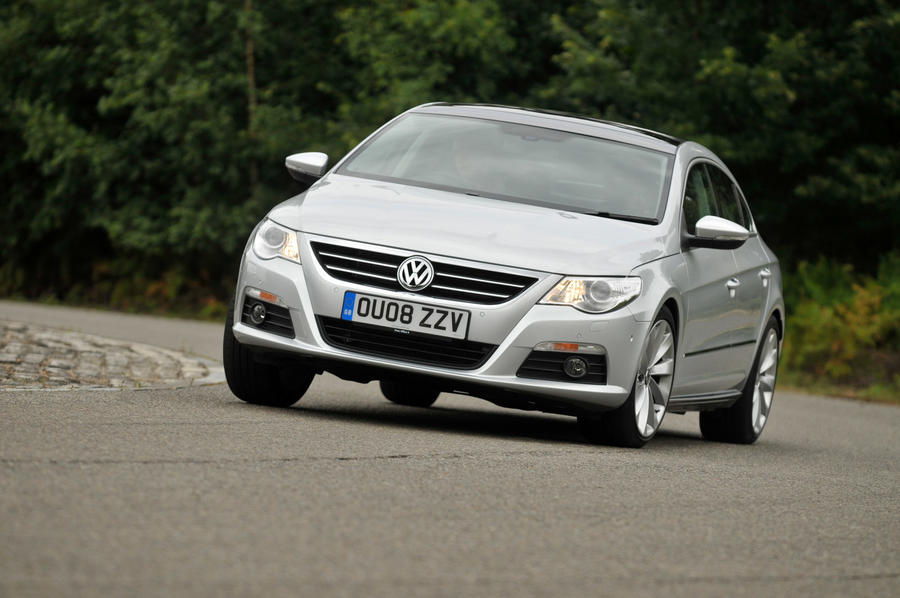 Jeremy Tracer: “I’m the second owner. I bought it with 52,000 miles and it’s been solid, comfortable, refined and economical. It has heated seats, parking sensors and a full leather interior. The first owner ticked the chrome-delete option so it has a black grille surround and black badges. The frameless windows are classy, and unlike some CCs I’ve heard about, they’re watertight. It’s one of the first facelifted cars so the back seat is a three-seater, but I reckon the two-seat arrangement, although not as practical, made the interior look a little more special.”

■ Engine: Where fitted, timing belts should be changed every 84,000 miles or four years (replace the water pump at the same time). Diesel particulate filters clog up on cars that don’t get up to temperature often enough.

■ Transmission: The six-speed DSG gearbox on diesel versions can suffer mechatronic issues. Check for hesitant or jerky changes. Fresh oil every 40,000 miles is one way to prolong the unit’s life. Manuals can suffer dual-mass flywheel failure, felt as a vibration at tickover when the clutch pedal is depressed.

■ Steering, brakes and suspension: Be sure the electronic parking brake works. It’s known to fail and repairs are expensive. On the test drive, drive over some speed humps and listen for knocks from anti-roll bar bushes and droplinks. On GTs, check the adaptive suspension scrolls through its various modes.

■ Body: Some VW paint is quite soft and thinly applied, so susceptible to stone chips. Where they exist, be sure they’re touched in. Rust on the doors of early cars isn’t unknown. Water leaks around frameless windows can be an issue. Check the windows pause before closing the doors, to give a good seal.

■ Interior: Be sure every feature works, including the infotainment. Older cars no longer serviced by main dealers may have missed vital software updates.

From 2012, the 181bhp 2.0 TDI and 207bhp 2.0 TSI gained VW’s XDC electronic diff lock, borrowed from the Golf GTI. When the system detects excessive unloading of the inside front wheel during fast cornering, the ESP acts to restore optimum traction, so sharpening the steering and handling.

Volkswagen Passat Alltrack axed in UK due to poor sales

84? Where did Autocar source that info from?

Something of a contemporary VW classic, which the awkward looking Arteon will never be. Even so, I am sure the designers wished they had a longer wheelbase to work with.

Zeddy 8 March 2021
I had Passat cc and it always felt a bit more special than a regular Passat for no more a logical reason than its looks.
I loved closing the rear window electric blind to tailgaters.