The Mk2 Golf GTI has long played bridesmaid to the seminal Mk1, but prices for good examples are rallying. We cast an eye over this classic hot hatch
Open gallery
Close

Depending on your age, the idea of a big-bumper, oak green Golf GTI 16v Mk2 of 1990 will either raise your pulse or go over your head.

It might not have been the quickest or sexiest hot hatch of its day, but it was easily the classiest and most rounded, and there’s a generation of drivers who lusted after one then but couldn’t afford it at the time. Well, if they’re quick, now’s their chance.

For years the Mk2 has lived in the shadow of the Mk1. When its moment appeared to have arrived, along came that other great GTI, the Mk5, plus a strong revival of interest in the Peugeot 205 GTi. The Mk2 was promptly forgotten.

In recent times, though, as prices for the Mk1 and 205 have moved ever higher, attention has turned back to the Golf GTI Mk2. Prices have been climbing for the best cars, which have long since been snapped up. What’s left are largely scruffy but still decent high-milers. Prices for reliable, unmodified runners with little rust start at around £1800, although you’ll see them advertised for £500 more. Just haggle politely but determinedly. You and I may know the Mk2 is a classic but a lot of people aren’t so sure, so the cars can hang around and sellers start to sweat.

Incidentally, so long as the car has been regularly serviced, high mileages aren’t an issue. Instead, despite being well protected at the factory, rust is the thing you should be most concerned about.

The Mk2 was launched in 1984, powered by a 1.8-litre eight-valve engine making a fairly underwhelming 110bhp. In 1985, the model gained hydraulic tappets (they can chatter from cold but should quieten down as the oil circulates). The 137bhp 16-valve GTI followed a year later. Faster, lower, stiffer and higher-revving, it ought to be the one to have, but the eight-valve version is easier to drive and, in any case, condition trumps everything.

There was a facelift in 1987 when the front side quarterlights were dropped, some of the controls and switches were repositioned and the grille became a five-bar item. Fans talk of pre-1987 Mk2s as Type 19 Golfs, as if so distinguishing them makes them seem more desirable. In fact, all Mk2s are Type 19 Golfs.

In any case, a more important change came in 1989 with the adoption of big bumpers. You laugh, but they were joined by smoked lenses, integral spoilers and front foglights. Finished in oak green or black and wearing BBS alloys, a big-bumper Mk2 looks the real deal. Incredibly, power steering only became standard in 1990. The following year, the eight-valve model got the 16-valve’s suspension and electric front windows.

Today, little of this matters. As already said, condition and service history are king. The Mk2 may have suffered for not being the first Golf GTI, but in many ways it’s a better car: faster, more comfortable and more modern. Grab one before they’re all gone

Ryan Jones: “I’ve just sold my Golf GTI after six months of trying. It was a 1989-reg with 118,000 miles. I originally asked £3000, then dropped it to £2300 and finally accepted £1800. It wasn’t the tidiest example but, except for a fuel pump packing up, it was reliable. The internal drains from the sunroof that are meant to channel water out of the rear of the car had rotted through, allowing it to soak the headlining and footwells. The car was easy to work on, the only difficulty being seized bolts. If I was buying one, I’d check the MOTs to make sure it’s been driven regularly.” 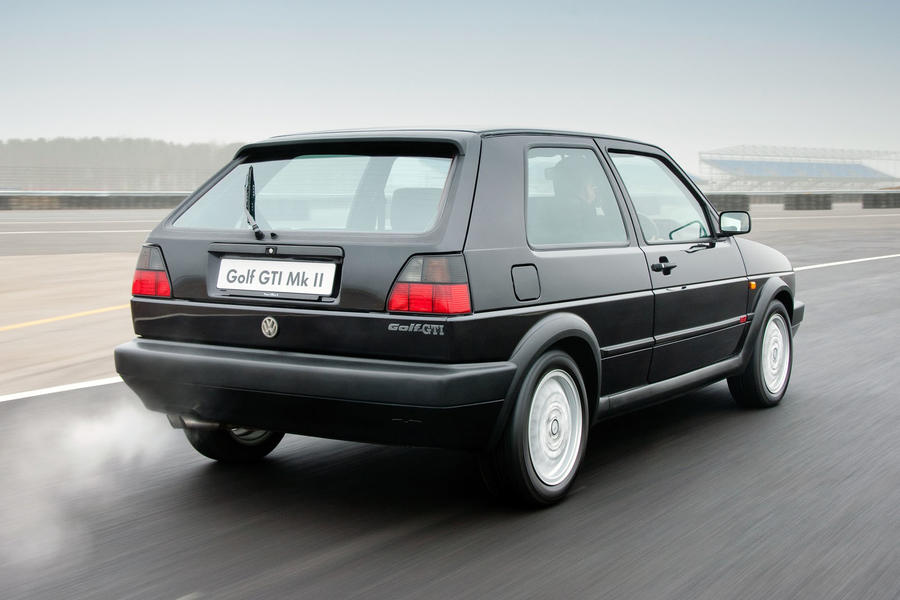 ■ Engine: Check for oil leaks from the rocker cover gasket and the camshaft oil seals, for coolant and oil emulsifying (blown head gasket), and for ignition and injection problems. Uneven tickover may be the idle control valve. Ask when the cambelt was last changed, then change it anyway.

■ Electrical: Cars that have stood for too long can suffer water ingress and damp, so test all the electrical and electronic systems including windows, air blower, indicators and gauges.

■ Gearbox: Fifth gear sits high in the gearbox casing, so if the oil level falls, the gear can run dry and fail. Worn gear linkage rods give a sloppy gearchange.

■ Body: Check for rust on sills and subframes, the bottom of the front bulkhead, the front chassis legs and the battery tray. Also inner and outer wheel arches, the petrol flap, door bottoms, the sunroof surround and the windscreen scuttle. Check the door handle releases work.

■ Interior: Avoid anything too ripped and broken. Collapsed headlinings are common. Sites such as eBay are a good source of reclaimed seats (around £400 for the front pair) and dashboards (from £5).

We’ve no personal experience of them but you might find GTI specialists Crazy Quiffs (golfmk1.co.uk) and Deutsche Doktors (deutschedoktors.co.uk) handy for servicing and tech insight, and VW Heritage (vwheritage.com) a good source of hard-to-find parts. 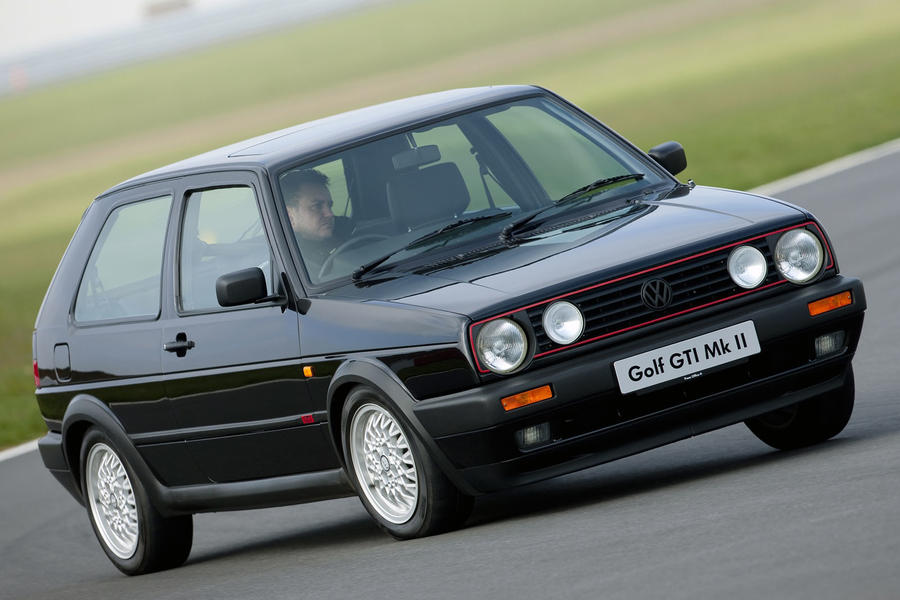 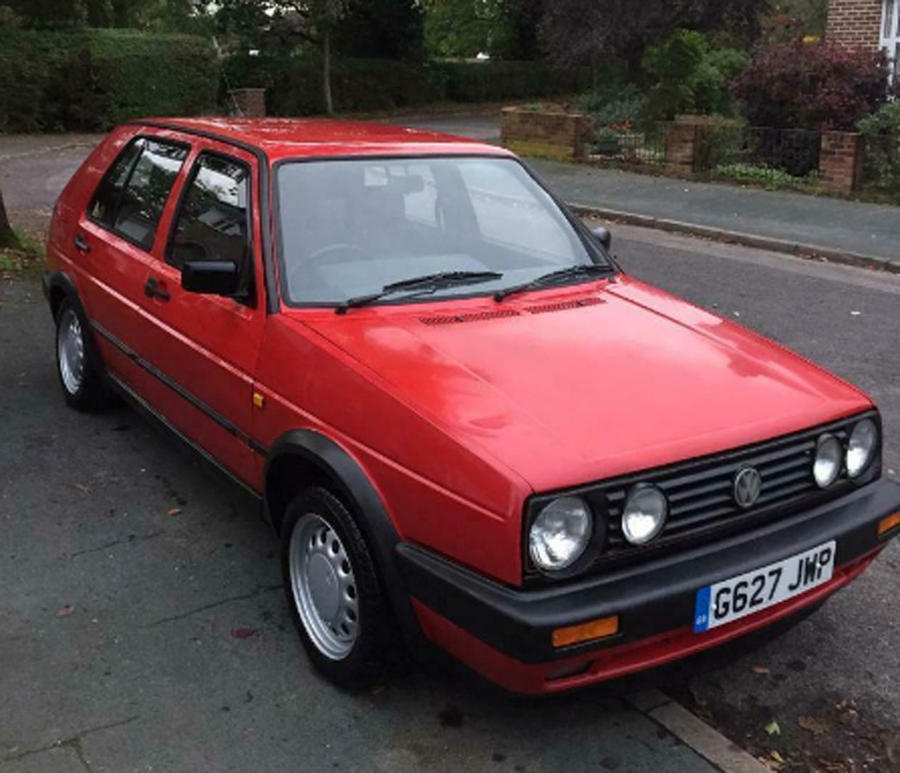 In 1985 (I think) and I just remember thinking it was fast , but interior was a 70s effort it was tiny inside and the brakes were truly scary awful . My aunt ended buying an xr3i instead which at the time seemed much more modern and spacious . If we had the budget for a mk2 Gti I think I would have been even happier , sadly not though ...
johnhg 10 February 2020

Had a 1987 5 door from new and enjoyed its solid feel. Never thought the engine was that smooth, had fuel pump issues and the alloys pitted badly. I enjoyed my subsequent Corrado more and I think that's where my money would now go.