BACK TO ALL NEWS
Currently reading: Used car buying guide: Maserati Granturismo
UP NEXT
New 2023 Audi A4 Avant undergoes tests in the Alps

The Maserati Granturismo offers a glorious V8 and a lot of Modena breeding for relatively little outlay – initially, at least
Open gallery
Close

You can take advantage of the Maserati Granturismo’s exceptionally long 12-year production run by picking up an early car for less than £15,000 that’s almost visually indistinguishable from a run-out example costing more than five times as much.

Obviously, that’s a rather flippant attitude to take, and older cars come with their own unique set of risks and quirks, as we’ll explore, but even in its more expensive forms, the Granturismo represents outstanding value next to the closely related Ferrari California (and arguably it comes without the ‘entry-level’ connotations).

So let’s kick off at the princely sum of £13,500, which at the time of writing would buy you a recently written-off 57-reg coupé that, the seller claims, would be “very cheap” to repair. Hmm, we’re not sure about that: unblemished panels can hide structural horrors, and even seemingly trivial Maserati problems come with full-fat Maserati repair costs. But irrespective of its unspecified damage, you should also worry about potential headaches that arise from long-term neglect: oil leaks, electrical gremlins, poor-quality consumables and a knackered clutch.

The Granturismo’s accessibility is a gift and a curse, because some owners – lured in by the prospect of a bargain Italian thoroughbred – aren’t so keen on upkeep and provenance. We’d spend as much time poring over the paperwork as we would scouting the car itself, especially with an example this cheap. 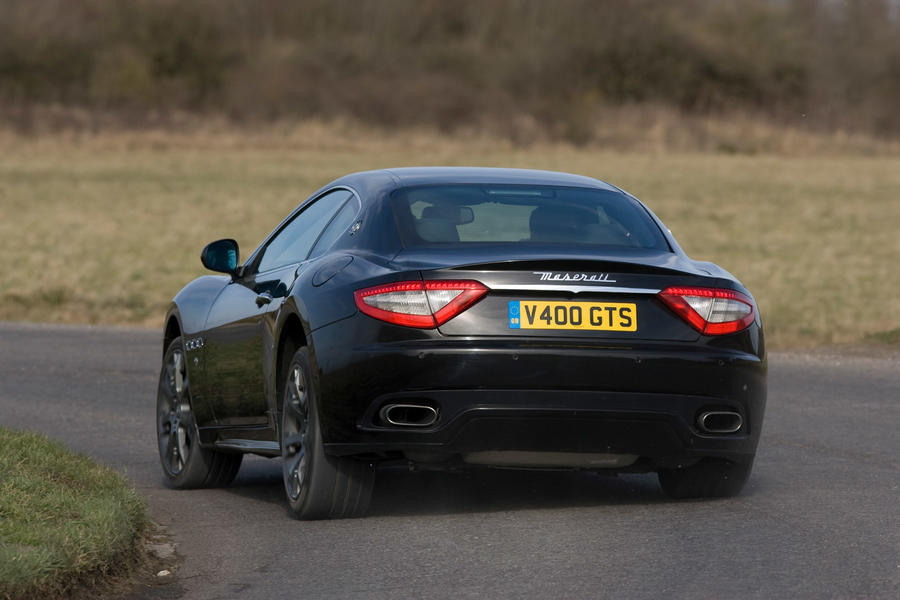 If you’ve decided a less expensive but slightly riskier early car is for you, more power to you – or, actually, a bit less. A year after its launch, the Granturismo gained a spicier S range-topper that upped capacity from 4.2 to 4.7 litres for boosts of 35bhp and 22lb ft, to 434bhp and 361lb ft, making subtle performance improvements and gaining suspension, brake and gearbox upgrades for enhanced dynamic behaviour. This range-topper soldiered on until the model line bowed out in 2019 – becoming the slightly more powerful Granturismo Sport in 2012 – and you can buy one from as little as £22,000.

Performance aside, a big part of the Granturismo’s appeal is the addictive bark of its eight-cylinder heart – especially delectable in 4.7-litre form – which is enjoyed no better than in the open-roof Grancabrio. Go gives best to show in the drop-top due to the added heft, and rolling refinement and boot space also suffer, but few of its open-air rivals can seat four so comfortably and convey them at such pace, and you’d do very well to spot the dynamic shortcomings in everyday driving situations. Prices are slightly higher, given the added appeal of a folding roof and the relative newness of the bodystyle (it was introduced in 2010), but mileages are generally lower and service folders thicker as a result. 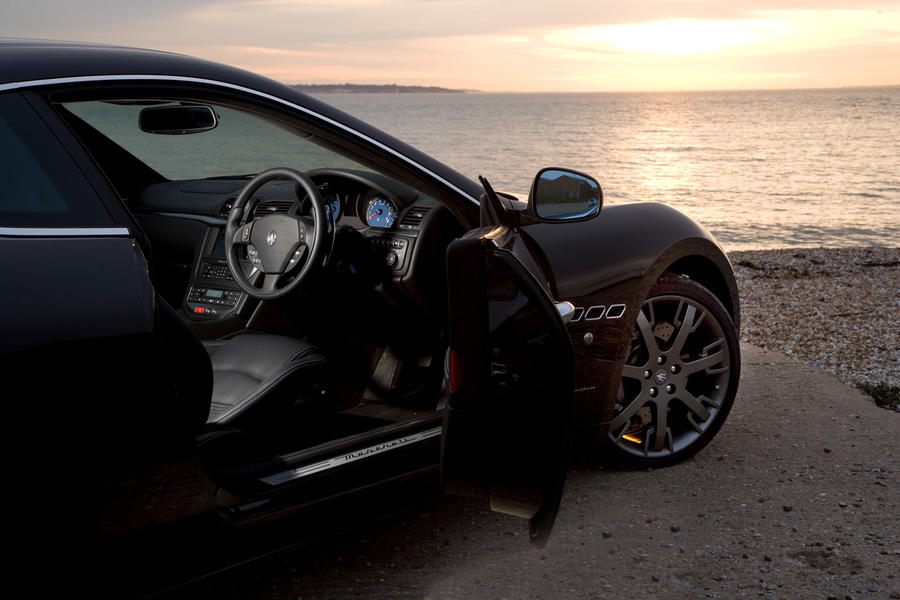 David Wells: “It’s old inside and the infotainment is rubbish but generally the noise from the engine outweighs the need for music. They are temperamental if the battery isn’t kept charged up and you need to get an independent inspection if buying from anywhere other than a main dealer, but I believe they have a poorer reputation than they deserve and are reliable if looked after. They only need servicing every two years or 12,500 miles, which is a bonus.”

Engine: Oil leaks are not as big a bugbear as they were for the notoriously porous 4200, but even the most accessible gaskets will cost hundreds of pounds in labour costs to replace. One small coolant hose in particular is prone to cracking, so check the entire system for signs of leaks and give the oil dipstick a good wiggle as it can seize in its housing. (Obviously, you’ll be checking the oil anyway.) And don’t say we didn’t warn you about fuel economy: 15mpg in town is good going.

Interior: If Bluetooth is a deal-breaker, go for post-2009 cars, which offered it as an option. Electric seats can play up but there is a simple reset process you can try at home before paying for a repair. The headlining has been known to sag; if you’re feeling brave you can inject it with epoxy for an effective DIY fix. Sticky buttons afflict most cars of this era. Try baby wipes and degreasers before shelling out for replacements.

Electrics: As with most high-end cars of this ilk, it’s a good idea to leave it on a trickle charge when it’s not in use. Jump-starts are not advisable, as they can overload the electrical system. If the check engine light comes on after a petrol stop, don’t panic: it’s likely that the fuel cap is still slightly loose. 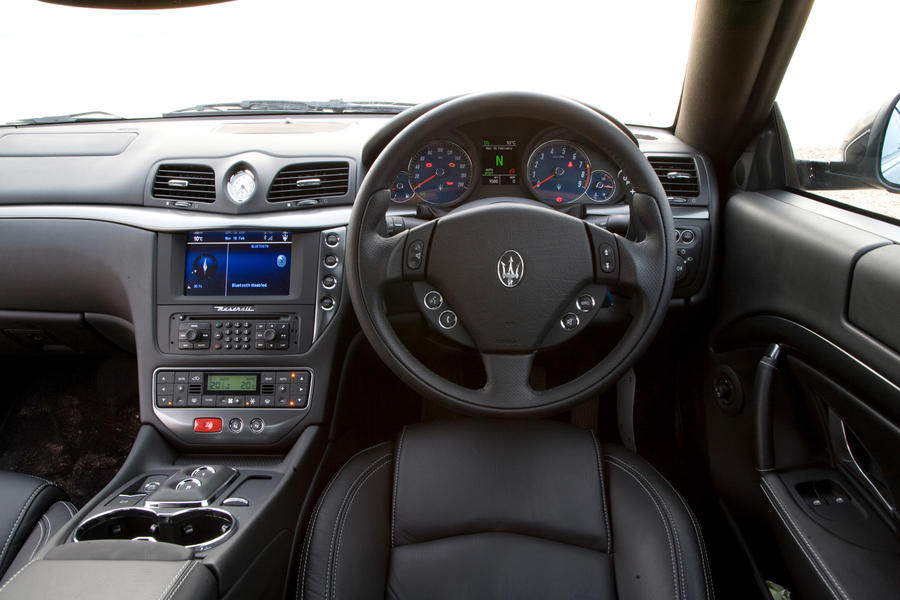 Suspension: Optional ‘Skyhook’ suspension pack is revered for its blend of refinement and keen handling but it can go expensively wrong so check the condition of each shock and ensure any recall work has been carried out. Knocking over speed bumps can usually be traced to worn wishbone bushes, which are a pricey fix.

Dry store the Granturismo at your peril. This car needs to be driven regularly to remain in peak fitness. Putting it on a trickle charger won’t preserve the various rubber bushings, gaskets and hoses that dry up in long periods of inactivity, and having to buy new tyres is even less fun if it’s just because they’ve developed flat spots. For these reasons, a high-miler with a good service history is a far safer bet than a museum piece that has been used only occasionally. 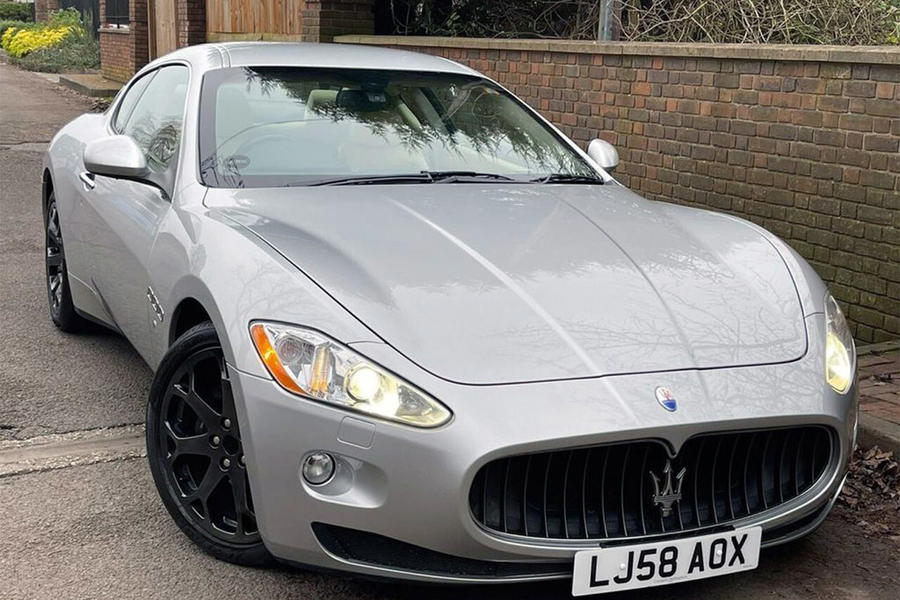 Maserati Granturismo 4.2, 2008/58-reg, 70k miles, £18,995: Power deficit be damned. The prospect of a Modena-born sports car for Ford Focus money is too enticing to ignore. Precise details are sparse, but we’re reassured by the relatively low owner count and tidy-looking exterior.