Ask someone to draw their ideal of a 1990s sports car and they might well pen a passable sketch of the Ford Probe. No, it wasn’t technically the greatest car in the world to drive, but it endures in the collective memory for the prevailing attribute of simply being cool (and, yes, for its silly name and for being a bit of a flop, too).

The first Probe was launched in 1989 in the US, but it wasn’t until the second-generation model’s arrival in 1994 that the UK got to try out this new-age Capri successor. The second-gen model had a much sleeker design and was derived from the front-wheel-drive Mazda G platform used by the Mazda 626 as part of Ford’s partnership with the Japanese company. In fact, the engine, chassis and transmission were all Mazda-developed, while Ford focused on the bodywork and interior.

The Probe shared similarities with the Mazda MX-6 on which it was based, but it was supposed to act, spiritually, as the futuristic reimagination of the hallowed Mustang pony car, with pop-up headlights – now a symbol of times gone by – contrasting with narrow front headlights to give a UFO-like visual impression. 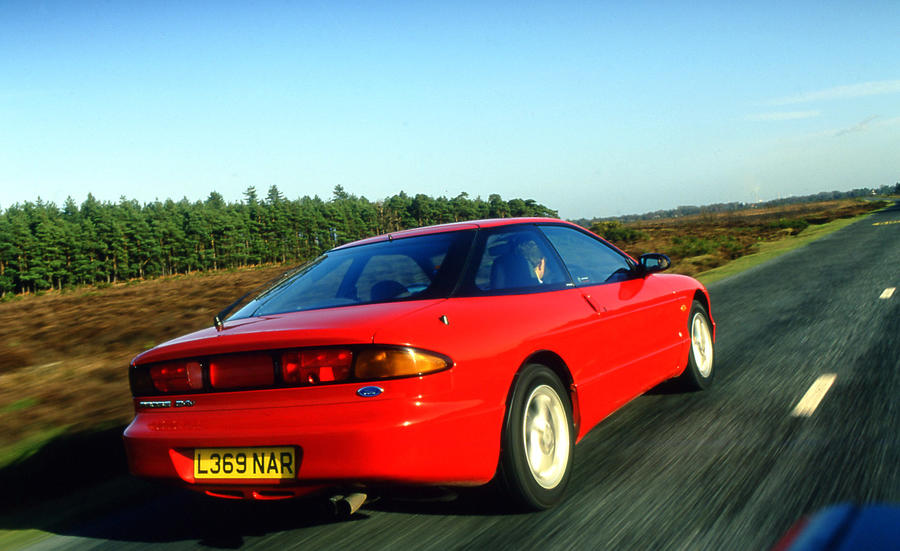 Ford sold around 15,000 Probes in the UK over three years – well short of its 20,000 annual target – before imports stopped in 1997 ahead of the release of the more overtly sedate Cougar a year later.

The Probe was originally available in the UK for £19,350. Throughout its production life, though, its entry price fell and it eventually cost as little as £12,700, largely as a response to its dwindling sales.

The sad fact is that it really was a fun car to drive, given its Mazda-Ford parentage. Two smooth petrol engines were up for grabs: a base 113bhp 2.0-litre four-cylinder unit and a more powerful 24v spec (named for its valve count) with a 2.5-litre V6, good for 160bhp and capable of 0-62mph in 8.5sec.

The Probe wasn’t sparse on equipment for the time, either, with central locking, electric windows and seats, air conditioning and leather upholstery included as standard and a power sunroof optional.

In the UK, Probe numbers have dropped year on year. Only 321 examples were registered by the end of 2020, according to howmanyleft. co.uk, so a low-mileage example in above-average condition could turn out to be a good investment, given the model’s increasing rarity.

Sure, they’re elusive, but low prices justify the search. Of the two available models, there were fewer 24v cars on the market at the time of writing but we tracked down a one-owner, 1996 24v model on sale for £2999, with 68,200 miles driven (see ‘One we found’, opposite).

Among the few 2.0-litre Probes in the classifieds, we liked the look of a 1997 yellow example listed at £2995 with just 80,000 miles on the clock. But the brisker, more refined 24v version is the one to go for if you can find one. 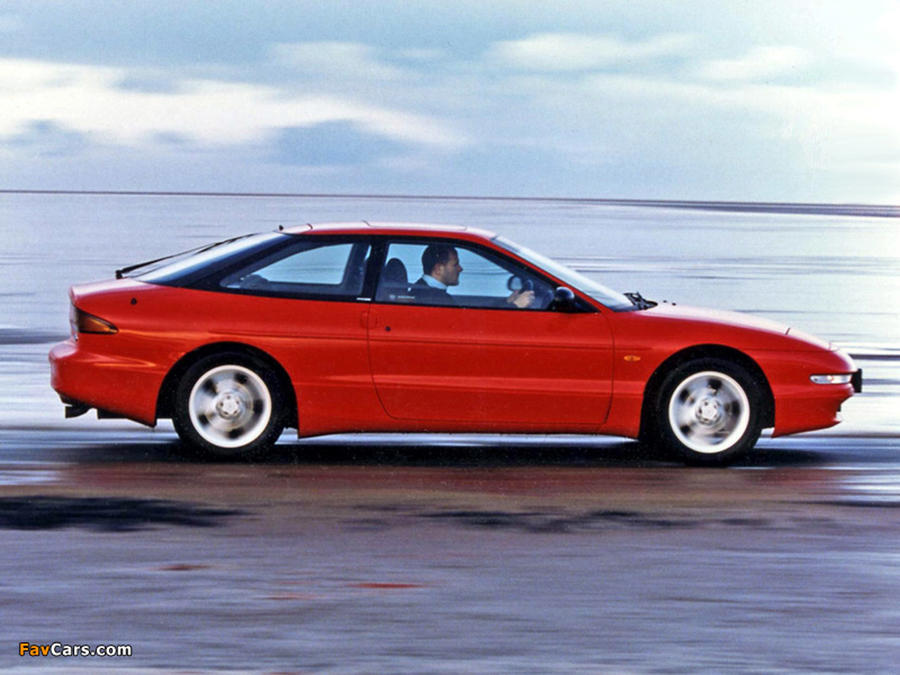 Trevor Harding, UK Probe Owners Club: “I had always been a Ford Capri man but hadn’t had one for a while, so when I went looking again, the prices had rocketed. The sleek looks of the Probe caught my eye, plus I was taken by the power of the 2.5 V6 engine. Standard models came with a lot of extras and, at the time, the prices were good. It’s a great car to drive, especially the V6. It’s easy to maintain, as they are based on the Mazda MX-6. Go look at as many as you can, but don’t wait around too long as prices are starting to creep up.”

■ Brakes: Some owners have reported sticking or seizing of the rear brake calipers, so listen for any untoward noises and see if they’re hot after the test drive. Brake fluid should also be checked, although the warning sensor is known for its oversensitivity.

■ Bodywork: Chassis rails, sunroof and front valance are all prone to corrosion. Check under the V6’s side cladding for a look at the sills, too. The colour-matched front bumper and low bonnet are prone to stone chips, and some owners have reported paint lines appearing around the front of the car.

■ Windows: Because of the nature of the Probe’s frameless windows, some users have had issues with window sill seals. Problems can be caused by placing pressure on the windows themselves, but this can be fixed with a new seal.

■ Engine and gearbox: Non-interference engines are resilient, but look for smoke as a sign of oil ring failure. Some owners have had issues with stuck clutch pedals, which is often solved by replacing the pressure plate – roughly £100 plus labour – or by unsticking the plate from the flywheel if it’s been sitting.

■ Electrics: Most of the electronics should be fine, but double-check that all electrical components are working, including the optional sunroof if it’s fitted.

■ Interior: Check it over carefully because some parts can be tricky or expensive to source. While genuine Ford nuts and bolts are plentiful, online searches throw up US-only retailers for items like floor mats, steering wheels and other key components.

Also worth knowing: The Probe has the same engine, gearbox and chassis as the Mazda MX-6, which is also rare in the UK but generally reliable, so components can be interchanged if you do have any issues. Exterior trim, such as wing mirrors and headlights, can be more expensive and often hard to find for the Ford, though, so you might have to try breakers’ yards.

Ford Mondeo to be discontinued in March 2022 after 29 years

Log in or register to post comments
si73 5 July 2021
These look great now, but I wasn't keen when they came out, always preferred the mx6.
superstevie 5 July 2021

I was 14 when these came out and I loved them!