In the pantheon of diminutive roadsters, the Mazda MX-5 strides large like a four-generation colossus, swishing all in its path aside with its agility and affordability. But it has a fault, and that is it’s just a little bit too common. After all, they’ve made over a million of the things.

Much better instead to get yourself behind the wheel of one of these: the Fiat Barchetta. With a more niche appeal than the little Mazda and a much shorter lifespan, there are far fewer of them. You are unlikely to suffer that slight annoyance of arriving in the car park at Silverstone or Shelsley Walsh to find half a dozen similar already there.

Okay, so in this country you will be slightly limited by this car being left-hand drive only, and if you count yourself as a bit of a purist, you might be put out by its front-wheel drive layout, but you can’t have it all. 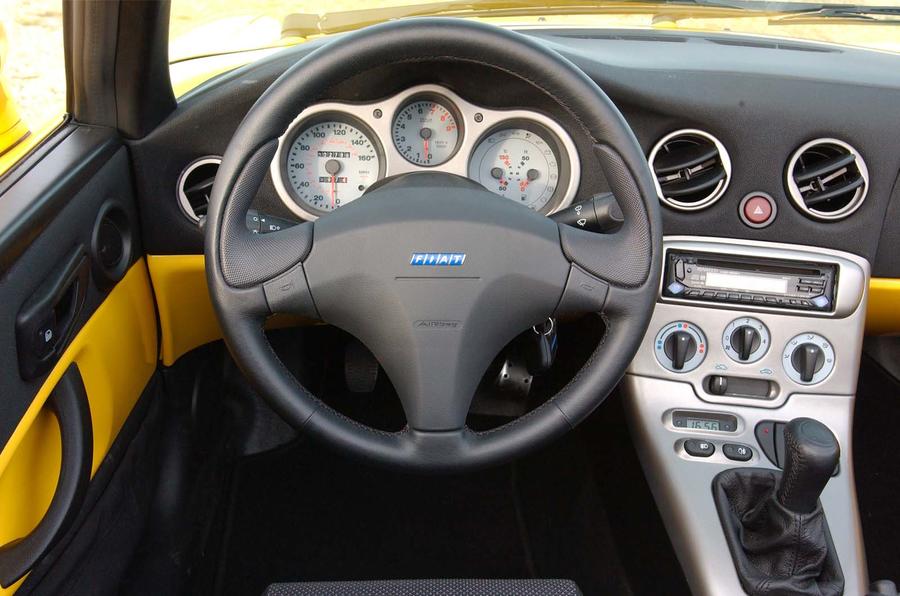 At least with it being a left-hooker, you can step straight out on to the pavement without the risk of opening your door into a passing bicyclist. You’ll get a delightful two-seat drop-top with decent road manners and even more dashing looks that can still be bought for the price of a skinny latte.

Of course, everyone knows it to be a humble Punto underneath, and it seems no greater sin can be committed against sports car purists than to base a car on a small family hatchback of uncertain dynamic manners and lowly fiscal worth. But in fact, the Punto was rather good in its day, as those old enough to remember will testify. Not as good as the iconoclastic Uno was before it, perhaps, but good nonetheless.

So the Barchetta was cheap and it was cheerful. If it lacked the chassis fluidity of the MX-5, the Toyota MR2 and others, the Barchetta made up for it in brio, and to aim one down a winding road on a summer’s day with the wind in your hair and the sun on the back of your neck is a rare pleasure. As well as that, its alloy door handles are works of art, and as for those rear lights… 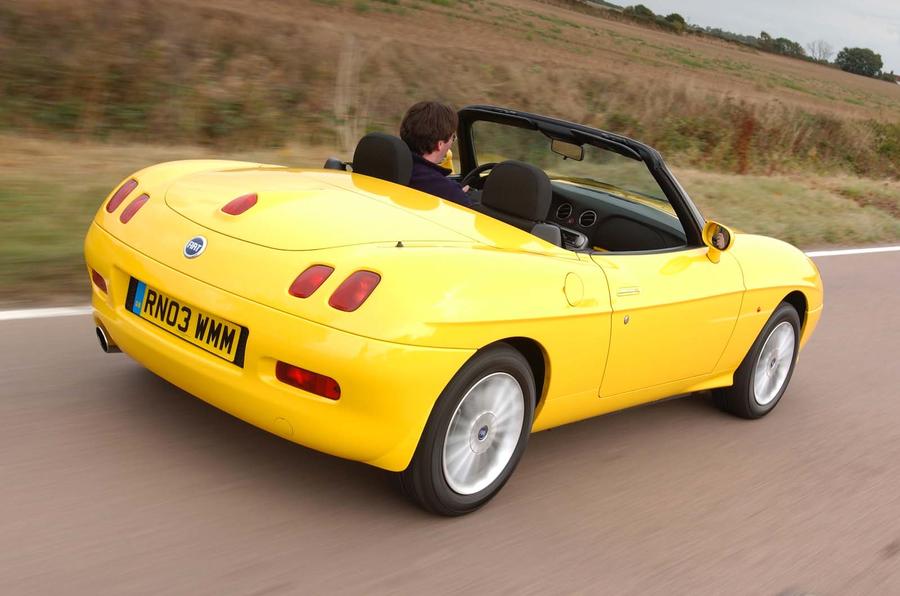 The Barchetta was launched in 1995, five years after the first MX-5. It proved popular, especially with unofficial importers, who wasted no time undercutting Fiat UK prices. Fiat eventually got its own back when, in 2003, it launched the facelifted version (restyled nose, foglights and leather steering wheel) with a hefty price cut. These last-plate versions are less desirable than the prettier, pre-facelift cars, though.

The Barchetta’s 1.8-litre engine variable camshaft timing produced 128bhp, sufficient to propel the 1060kg roadster from 0-62mph in 8.6sec. Standard equipment included a five-speed manual gearbox, power steering, anti-lock brakes and electric windows. The hood was a manual affair that could let in water. The optional Comfort pack brought a mix of luxury and safety features, including leather upholstery, powered mirrors and a passenger airbag. 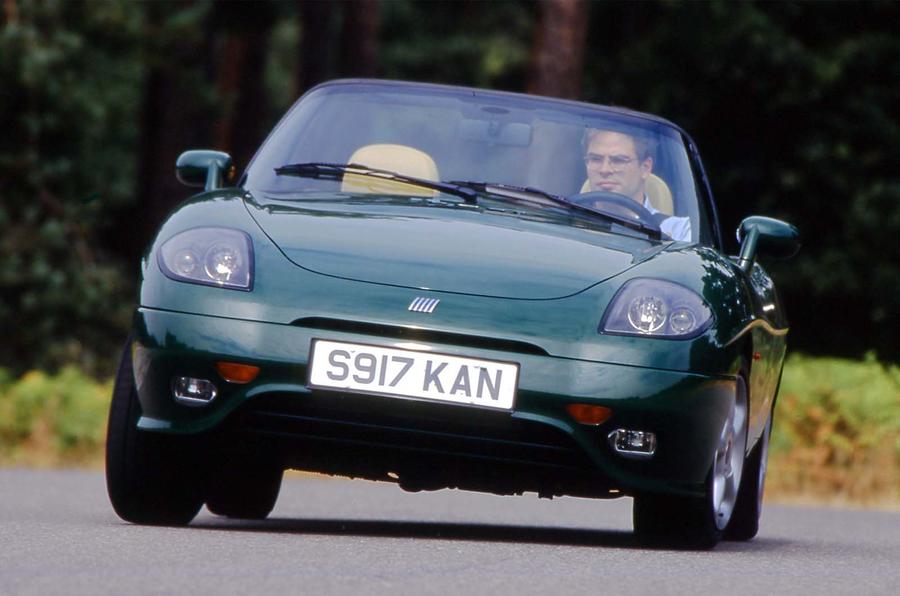 1 March 1995: “This is a convertible with composure unlike any other bar the latest Lotus Elan. It impressed more with every mile, dismissing our fear that it was more style than substance. Its steering has enough feel to handle such swift, 2.5-turns-lock-to-lock gearing.

The Barchetta corners quickly and with a serenity I would not have believed if I hadn’t experienced it myself. It has grip and poise and it’s difficult to believe underneath it’s a mere Punto. The cockpit is really sophisticated, too, with smart and deeply recessed black-on-white dials.” 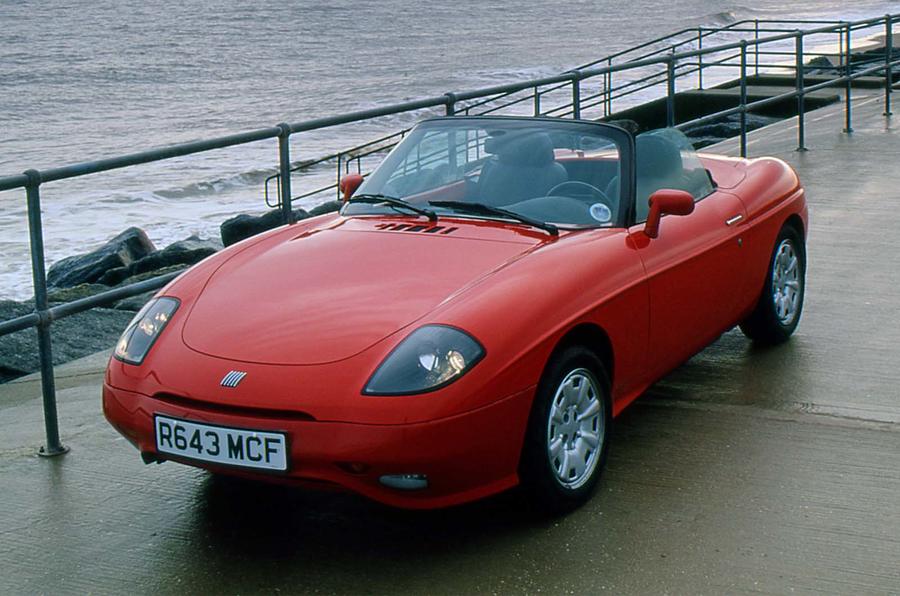 Paul De Turris, DTR Sports Cars: “We now rarely sell any but the best low-mileage cars. We still work on lots of them and hold many new and used parts, including body panels. Values have changed. The pre-facelift (2003) cars command much higher prices now, but the emphasis is on mileage and condition.

"Garaged cars can be spotted a mile off when underneath. Early mint cars have gone up north of £10k now, but the majority are higher mileage and it’s essential to check for history and corrosion. It’s a good fun investment and great for the continent.” 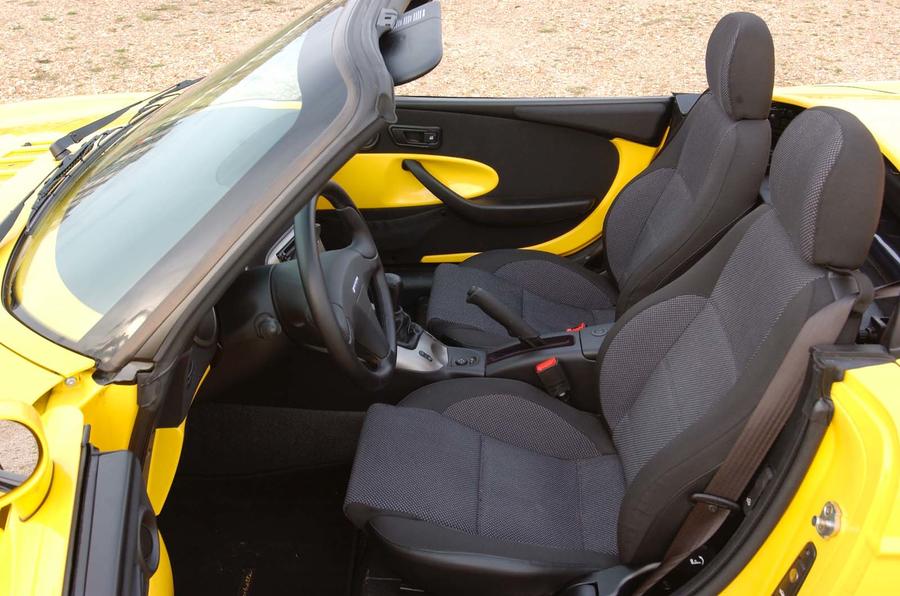 Engine: The valve timing variator is a known Barchetta weak spot. In early models, the variator tended to seize because it couldn’t cope with a build-up of carbon. A seized one makes the engine sound like a diesel – especially on the overrun – and causes it to stall plus increases fuel consumption. Replace it at every second cambelt change. Note that this just affected Barchettas built before 1999. The cambox gasket can leak due to over-tightening at the belt change.

Hood: On pre-1996 cars, an improperly folded frame can cut the hood fabric. The plastic rear screen has been known to split if folded when the weather is bitterly cold. Check above the side windows and the lower rear corners for cuts. Check the condition of roof seals.

Body: Bonnets on early cars are of a thinner-gauge steel than later models and dent easily when pushed closed. Inspect for rust on outer and inner rear wheel arches, behind the chassis underseal and in the front floors by the jacking points and sill edges. Check the roof seal against the rear slam panel. It wears, allowing in water that pools before flowing onto the floor. Watch out for body welding and panel replacement as a consequence of corrosion or a crash.

The Barchetta’s paint is prone to damage and chipping, so look carefully for any evidence of touch-ups and resprayed panels, because bringing a tired example up to an acceptable standard could prove costly.

Interior: Check the electric windows work and ensure the car is being sold with its red master key. 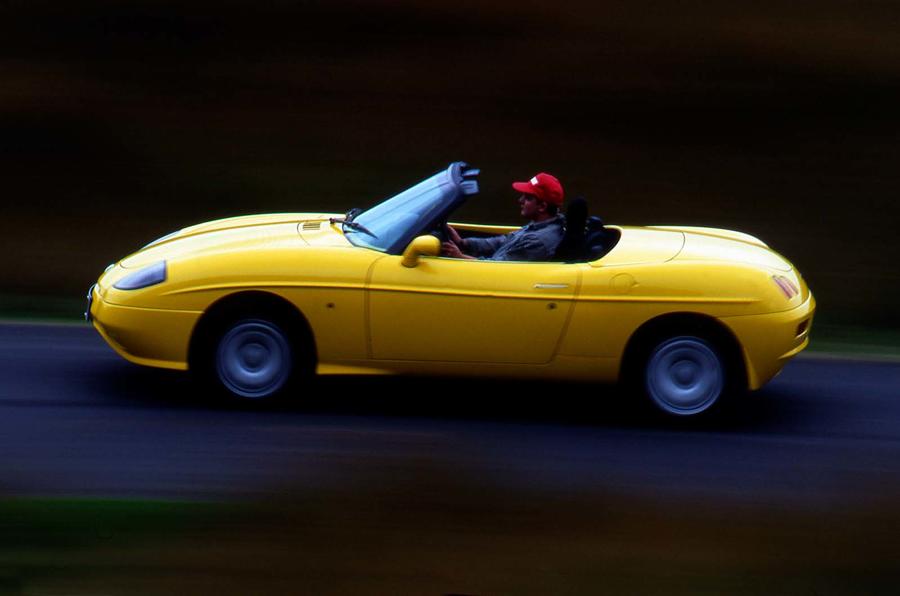 Mechanical parts for the Barchetta are freely available but body panels and lights are hard to source and, as such, expensive. Replacement rear wings are almost non-existent but can be fabricated.

£3000 -£5000: Check carefully here but there are still bargains to be had if you know what to look out for and are prepared to spend money on restoration. Also some really good cars with reasonable mileages here too.

£5000 -£11,000: Some superficially better cars, mostly rust-free and with mileages below 50k, or a selection of the later special-edition models. 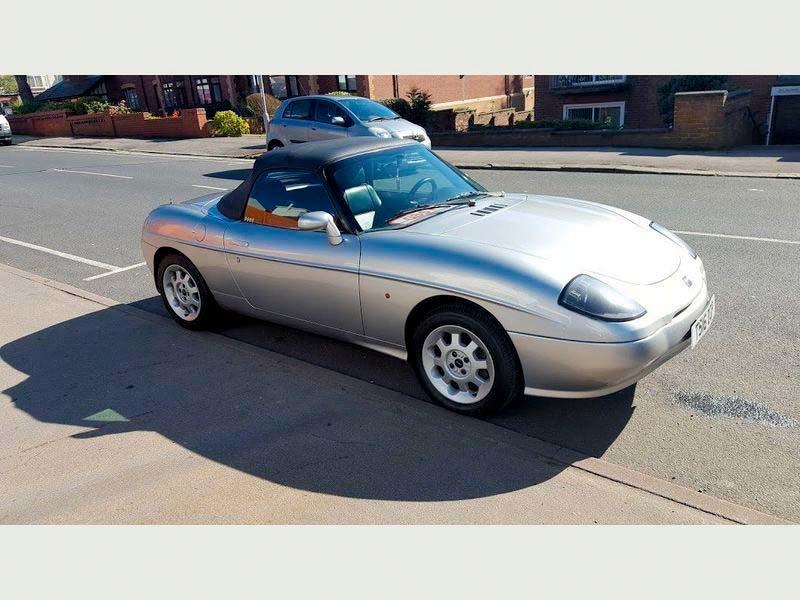 Fiat Barchetta 1.8 LE Limited Edition, 2001, 85,000 miles, £3795: This five-owner car is being sold privately. The seller says it has an “almost complete service history” and the metallic silver bodywork “polishes up beautifully”. It comes with black leather seats, an immobiliser, two keys with remote fobs for the alarm and central locking, and a DAB stereo with Bluetooth.

Log in or register to post comments
Scotbybarron 2 August 2022
I enjoyed my Barchetta for 10 years, and it was great fun. There was always a sense of occasion when driven. And it proved very reliable. Mine was one of the pre facelift cars built by Maggiore rather than Fiat.
If you can find a good one, then go for it. If I still had a garage, I’d still have the Barchetta.
sabre 1 August 2022