Two decades on and the E46 is still a handsome car, while one in tip-top condition is very desirable. Saloon, coupé, convertible, estate (named the Touring) and even a hatchback (the Compact): there are as many bodystyles as there are days in the working week.

Convertibles are highly desirable, in plentiful supply and tipped to be future classics but saloons are most common. Petrols outnumber diesels, too, while gearboxes are split equally between automatic and manual.

Prices range from £500 for giveaway diesels to £20,000 for the best low-mileage convertibles. Good runners are available from around £2500 and cars you won’t be embarrassed to park on your driveway from £5000.

If the high-performance M3 is too flash, there’s always the 330d Sport automatic, a Q-car if ever there was one with, depending on the model year, up to 201bhp and 288lb ft of torque. It can do 0-62mph in 7.4sec but really shows its colours through the gears, all while averaging 40mpg. 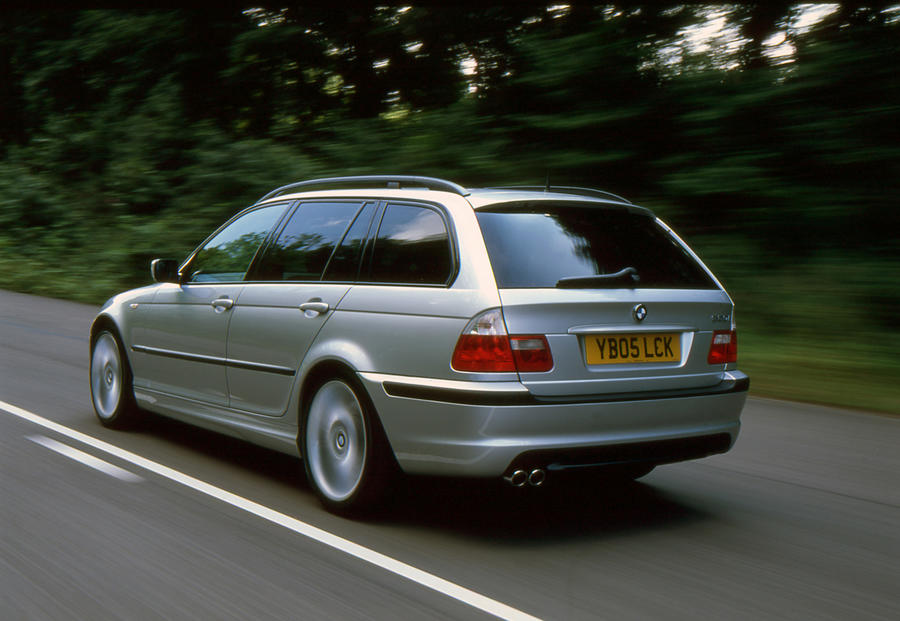 Its diesel sibling, the 320d, is more plentiful and, with 148bhp and 243lb ft, reasonably quick. Especially in London, where people are anxious to sell before the ULEZ is expanded to encompass everything within the North and South Circular roads, many are keenly priced, too. We saw a 2005 320d ES Touring with 125,000 miles, a full service history and no known faults on sale for just £850.

The diesels are good, but the petrols are better. The batting opens with a couple of four-pot tiddlers, the 316i and 318i, that are now few and far between. The fun starts with the six-cylinder 320i, which, from the 2000 model year, makes 168bhp. Then you have the slightly more powerful 323i and 328i that were discontinued in 2000 and replaced by the still more powerful 325i (189bhp) and 330i (228bhp). This last model can crack 0-62mph in 7.0sec while being turbine-smooth along the way.

The sporty coupé version, called the 330Ci Club Sport, is sought after. Manual versions can do 0-62mph in 6.5sec and it looks an eyeful in Estoril Blue. Prices start at around £4000. 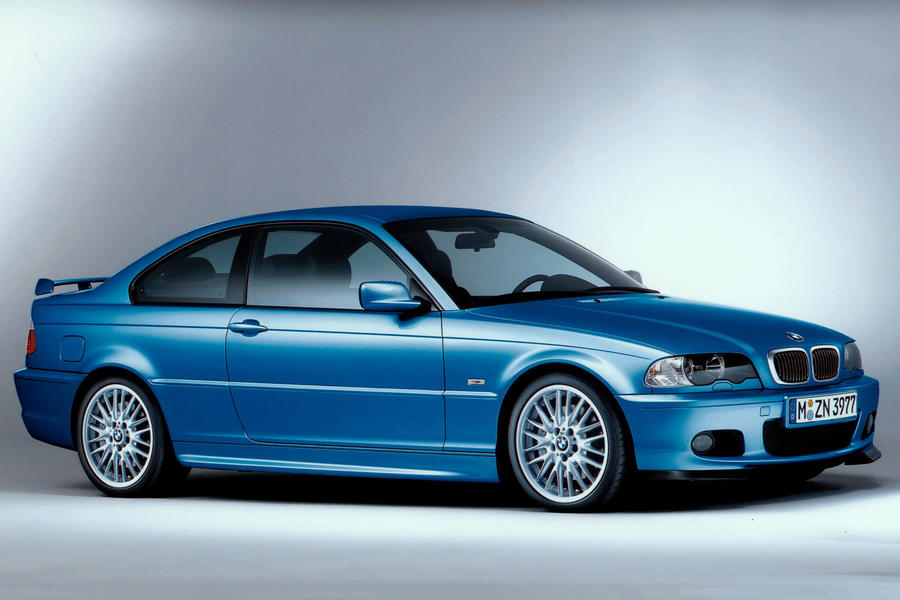 The saloon and estate models were facelifted in 2001 (receiving revised light lenses and bumpers), and the coupé and convertible the year after.

E46s are tough old things but suffer for being owned by people who can’t afford to run them. Cheap brake parts and tyres and missed services are common. Many have been drifted, too – even the diesels.

Because there’s more under-bonnet space, the four-pot cars are easier to work on than six-cylinder ones, while the engines themselves aren’t canted over so don’t suffer the same issues (see Buyer Beware, right). Bear this in mind when you’re drooling over that 330Ci…

“I love the E46 3 Series. I’ve owned an M3, a Club Sport and loads of 318is and 320is. They all drive as well as each other – although, of course, some are a lot more powerful. They are generally reliable, but neglect and abuse means there are lots of rogues fit only for the scrapyard. On the other hand, it means the best cars are rising in value. If you have a nice E46, look after it.” 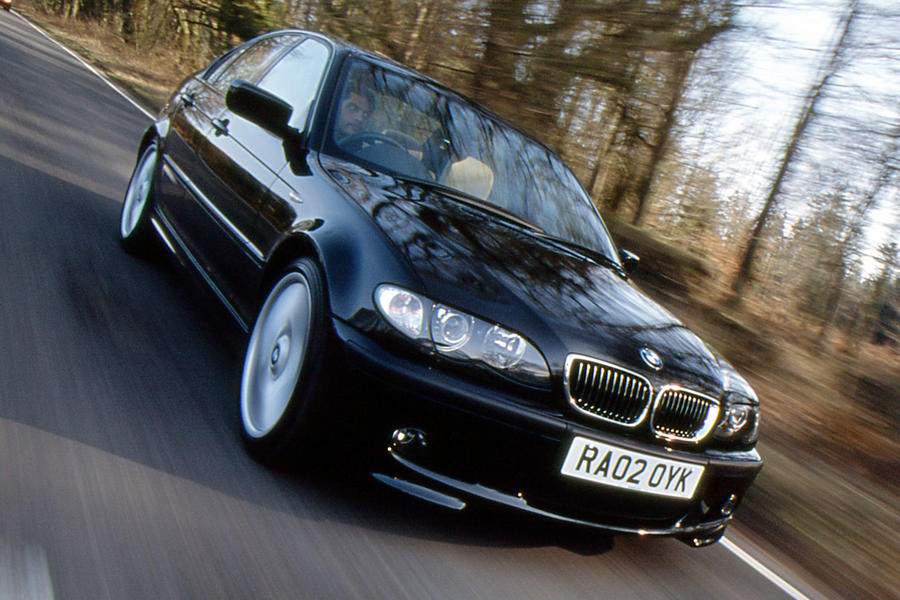 Engine: Older (pre-2001) diesels are prone to turbo problems, symptoms being oil smoke and power loss. Four-cylinder petrols suffer intake pipe and vacuum system issues. Six-cylinder petrols are slanted, which, if the oil level is low, can cause oil starvation. The angle also causes sump and rocker cover gaskets to fail and water to pool in the spark plug wells. It can affect coil packs, too.

Transmission: Most gearboxes are sealed for life but oil changes are recommended every 60,000 miles. Check for the transmission warning light; on manuals it may only be a minor issue, but on automatics it’s much more serious. Cars that have been drifted or neglected can suffer noisy rear diffs – get a friend to listen as you drive by. Manual diesels wear out flywheels and clutches; ditto the more powerful petrols.

Steering, suspension and brakes: Leaky power steering systems and dampers, broken springs and worn bushes are all problems at this age. Rear bushes are particularly susceptible.

Chassis and bodywork: Rear subframes corrode easily and are a devil of a job to replace. Front wheel arches corrode but can be swapped out easily. Check the boot for water ingress, especially if the car is a convertible. The battery is in the boot and water can damage the intelligent battery sensor, meaning the car won’t start.

Interior: Tough and generally reliable, in part thanks to things like the window switches being mounted in the centre console rather than the doors. Even so, check it all works. 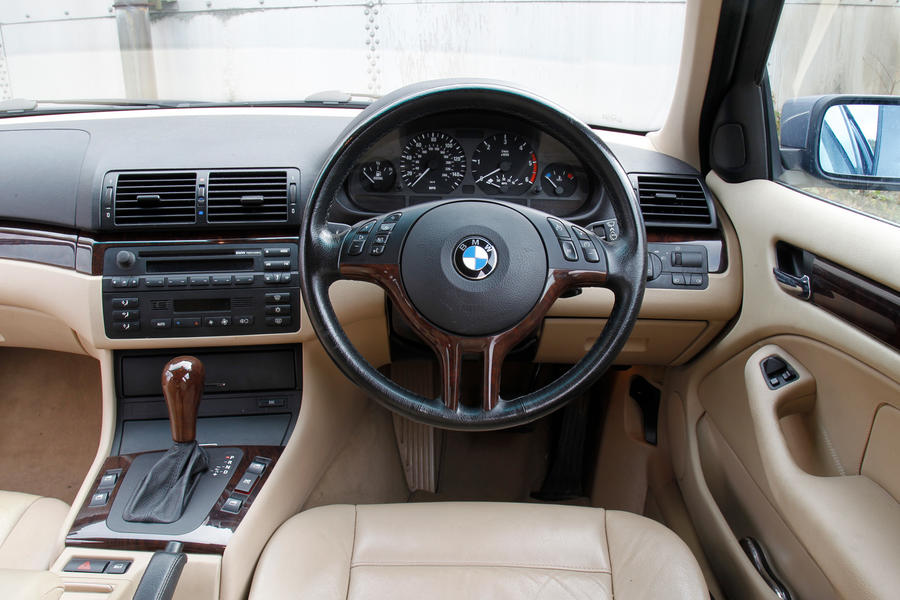 Driving your diesel E46 into London or Birmingham? It will cost you since it doesn’t meet the required Euro 6 emissions standard. Petrol models must satisfy at least Euro 4, which became standard on cars from 2006, so some older E46s do not.

£1000-£2499: Many tidier cars to choose from at subton mileages, including convertibles.

£4500-£6499: Nicer cars from here with reasonable mileages and good histories.

£9000 and above: The very best, low-mileage convertibles and coupés start here. 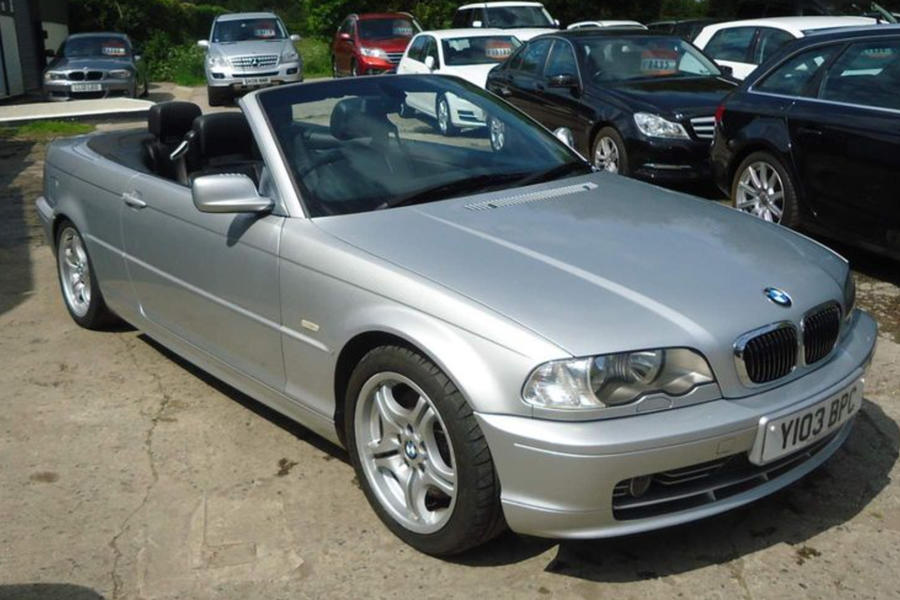 BMW 330Ci Convertible Auto, 2001, 85,000 miles, £3495: If you’re going to have an E46, go for the most powerful straight six that you can afford. That’s the appeal of this 330i soft-top – that and its low mileage, few owners, full service history and undamaged hood. Buy now and enjoy what’s left of the summer.

As an owner of an e46 compact, there are some glaring obvious things you have missed.

The M54 straight sixes have oil recirculation problems. The Cylonic Crankcase Ventilation valve oftern fails creating a vacuum leak. The lower intake pipe often cracks, again creating a vacuum leak. The myriad of vacuum hoses deteriorate fast creating, you guessed it, vacuum leaks. These vacuum leaks lead to the oil control rings on the pistons to not be seated correctly so they increase oil blowby. As the CCV fails, this leads to rapidly increased oil consumption.

The VANOS unit (BMW's equivalent to Honda's VTEC system) often has perishing seals which causes an oil leak and increased consumption as well as loss of power at the top end.

The coolant expansion tank often cracks and creates a leak.

Radiators are known to bow and then crack which causes a coolant leak.

At this age, changing Oil Filter Housing gasket and Valve cover gasket would be a good thing to do, as these can perish leading to more oil leaks.

Interior wise, the Power Window Regulators are a known weak point and often fail. This can be very fiddly and annoying to replace. Other than that, it's quite basic (in a good way).

Most e46s will be absolute rust buckets. Check that before anything else. The compacts are built in a different factory and have different undersealing - they are actually quite resilient in comparison!

I had the M3 with a manual box, great car, had it for a summer,my only advice,avoid auto unless your in City driving a lot.