What better reason to get out of bed on a sunny Sunday morning than an Ariel Atom waiting in your garage? Here's how to pick your mind-blowing toy
Share
Open gallery
Close
Share story

Yes, it’s the Ariel Atom – the two-seat track toy that goes like a rocket, sounds like a superbike and looks like a scaled-up Lego kit. You’d have to be pretty serious about your Sunday drives to look past similarly powered and priced hot hatchbacks, but for the sheer viscerality and authenticity of the Atom’s driving experience, not much else comes close.

The first Atom left Ariel’s Somerset production line at the turn of the millennium, packing up to 190bhp from a variant of the four-cylinder Rover K-series engine used by its fully fendered Lotus Elise contemporary and weighing in at just 456kg. It quickly gained recognition as one of the most capable and fun track day cars on the market, if not one that was especially keenly priced.

Production of the Atom was limited, so you won’t find many of these early examples for sale.

Slightly less rare is the Atom 2, which arrived in 2003 with a Honda Civic Type R engine pushing out 245bhp, plus a supercharged version that packed 300bhp and a welcome sixth gear in its manual ’box through which to send that increased grunt. 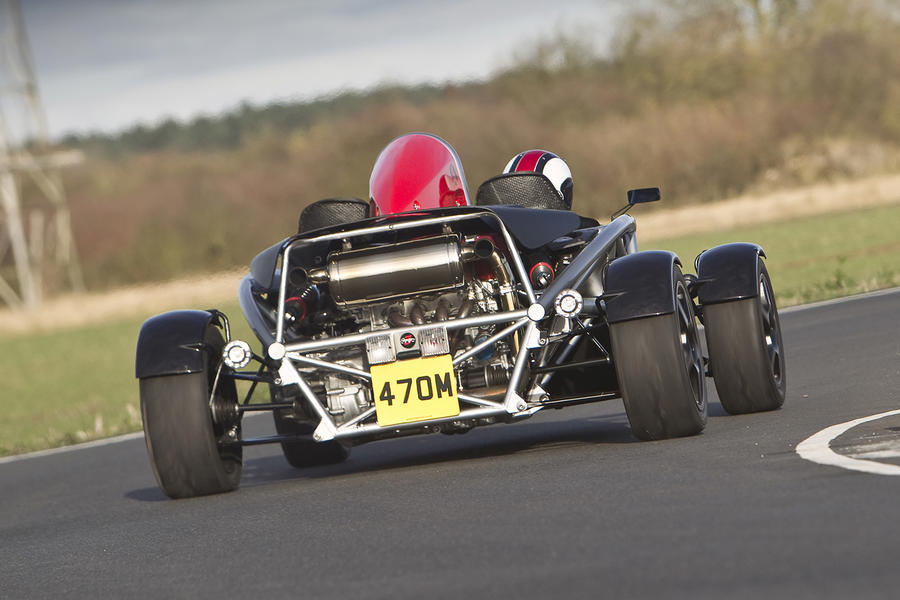 You can pay upwards of £30,000 for a run-out model from 2007. That sounds a lot of money for a car that might do no more than 2000 miles per year, but given its relative rarity and supreme build quality, you can expect this to be a safe investment.

The second-hand Ariel market is dominated, however, by the Atom 3, which, despite looking nearly identical to its forebear, was labelled a completely new car, promising a stiffer chassis, extra cockpit space, lower seats and a more refined ride.

So this is an apex-hunting track toy that you can drive to the shops; what’s not to love? Well, the outright cost, for starters, but there’s also the upkeep to consider. Unless you live next to Cadwell Park or on the Côte d’Azur, you’re unlikely to use an Atom for more than a few days per year, but it has to be stored and kept in good working order regardless.

Servicing and repairs are no DIY job, so most owners take their Atoms back to Ariel for regular check-ups (“Who better to work on your car or bike than the people who build them?”), and you can’t skimp on any necessary replacement parts.

Buying an Atom is a commitment and very much a ‘lifestyle choice’. Do it properly, though, and it will be a lifestyle that you thoroughly enjoy. 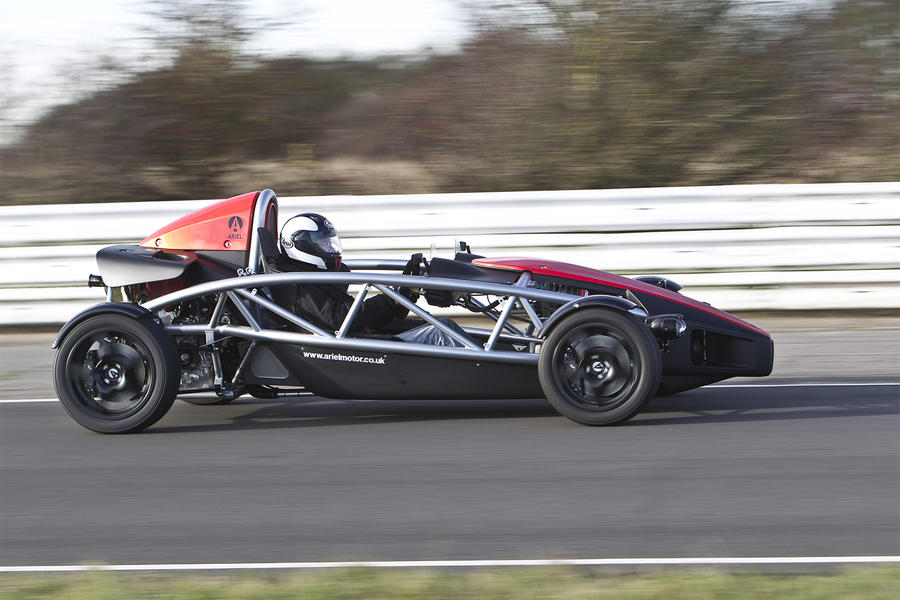 Matthew Pennock: “Once you’ve found an Atom, call the factory and they will tell you if it’s a car they look after and if it’s a good buy. It’s like a family, and they just want you to have a good car. My talk with Ariel confirmed everything the seller had said about the car, and they had just had it in for a service. It had been serviced only at Ariel, and I have it booked in there for the 500-mile round trip for its next service shortly.”

■ Engine: The Rover K20’s notoriously weak head gasket isn’t a problem in the Atom because of the uprated cooling system, but make sure the cambelt has been changed every three years. Later, Honda Civic-derived engines are characteristically resilient, but knocking noises suggest it has been driven hard with low oil, so steer clear.

■ Gearbox: Go up through the ’box a few times on your test drive to check for smooth shifting, because the synchromeshes on fourth, fifth and sixth gears have been known to fail on later Atoms. Most have such low mileages that the clutch shouldn’t pose any problems, provided it hasn’t been subjected to too many full-bore standing launches. Replacement is an engine-out job.

■ Bodywork: There’s very little in the way of frame protection, so closely examine the whole powder-coated exoskeleton for signs of damage, corrosion or poor repairs. Also ask the owner if the car has been driven in winter; they don’t like salt. Outer panels are easy to come by, so changing the colour is a DIY job. 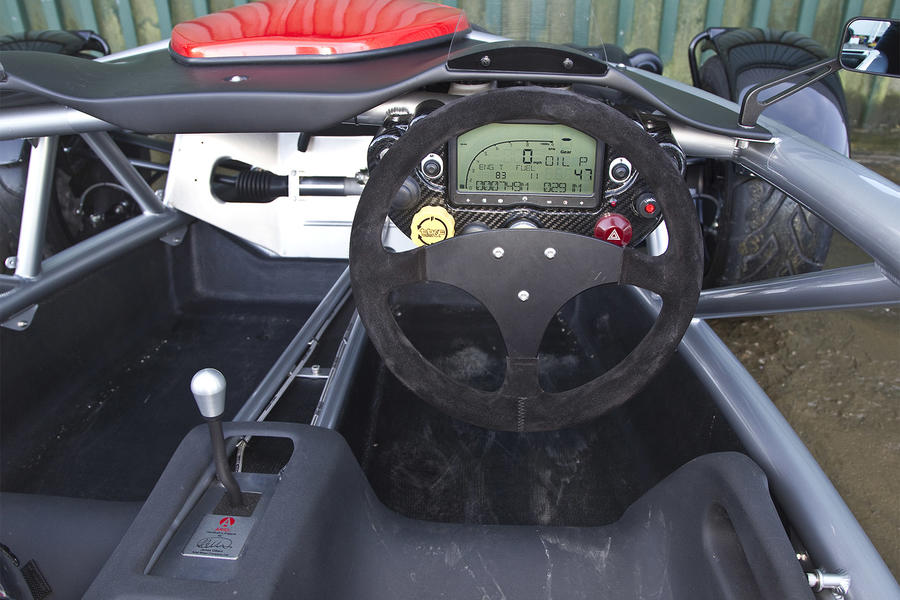 ■ Interior: What there is of it is simple and weatherproof but of high quality. You might consider having the plastic bucket seats trimmed in a comfier, more supportive material, and be sure to invest in a good helmet; even if a windscreen is fitted, it will offer little protection against stones, bugs and birds. Dodgy speedometer and rev counter readouts can usually be traced back to the sensors and magnets.

■ Suspension: Performance suspension components are obviously easier to access than on a normal car, but they’re expensive to buy. Jack up the car and feel for play in the rear wheels to make sure the bearings are still in good working order. If not, budget for Porsche-derived replacements, as fitted to the Atom 3.

Try before you buy with one of the many Atom experiences on offer. Trackdays.co.uk offers the chance to sample the car at various venues, including Castle Combe and Elvington Airfield, with prices starting from £79 for six miles. It’s a worthy investment if you’re serious and obviously good fun. 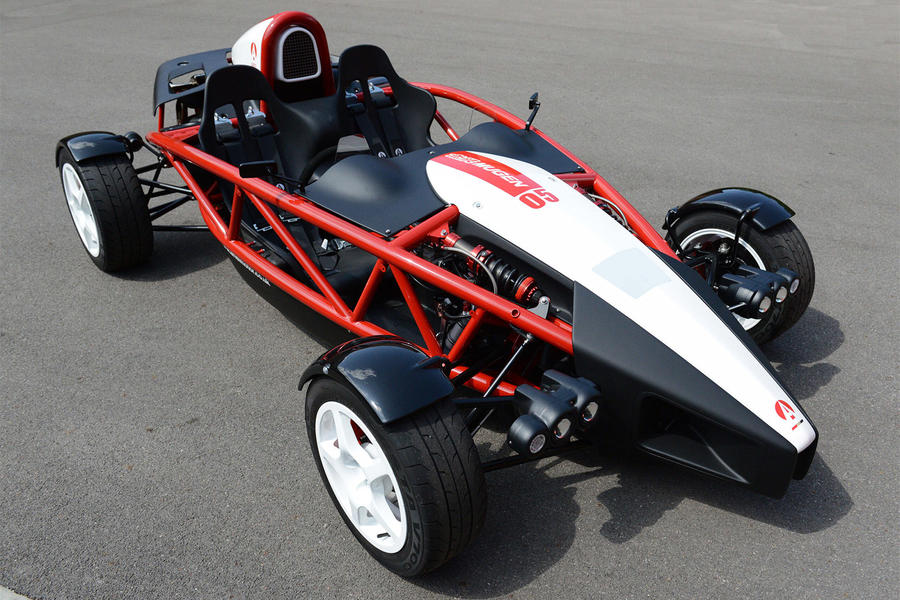 This 2018 car being sold by Ariel itself may be strongly priced, at £52,500, but it’s a strikingly finished and much-coveted Mugen example. That means it packs 270bhp, brakes and suspension hardware from the top-rung V8 and a limited-slip differential. Just 10 were built, so don’t let this one pass you by.