BACK TO ALL NEWS
Currently reading: Used buying guide: Bristol 411
UP NEXT
Spending 48 hours touring in a Ferrari Roma

Eccentric but brilliant, this GT epitomises Bristol at its best
Open gallery
Close

It may have produced cars from 1947 to 2011, but it’s fair to say that Bristol didn’t always go in for large-scale interaction with the press or the public.

If its charismatic owner, Tony Crook, took a disliking to a journalist who wanted to borrow a car, they would be told to sling their hook. If he didn’t like the look of a potential customer, he would tell them pretty much the same thing.

The early cars, types 400 through 406, were idiosyncratic, innovative, beautifully made and powered by a peppery 2.0-litre straight six that was sprightly enough to power a number of highly successful racing cars.

The post-1961 cars, types 407 onwards, adopted large Chrysler V8s and were proper and imperious grand tourers. They may have looked discreet, but in many dynamic and safety areas, they were impressively ahead of their contemporary rivals.

By the 1990s, though, Bristol was struggling and, in time, even the most purblind enthusiast of the marque would have had some difficulty in justifying its cars’ not-inconsiderable price tags.

Despite a brief injection of cash and enthusiasm from a new owner and an all-new 8.0-litre V10-powered two-seater called the Fighter, it all came to an ignoble end in 2011 – and despite a few subsequent attempts to revive it, that’s where it rests today. 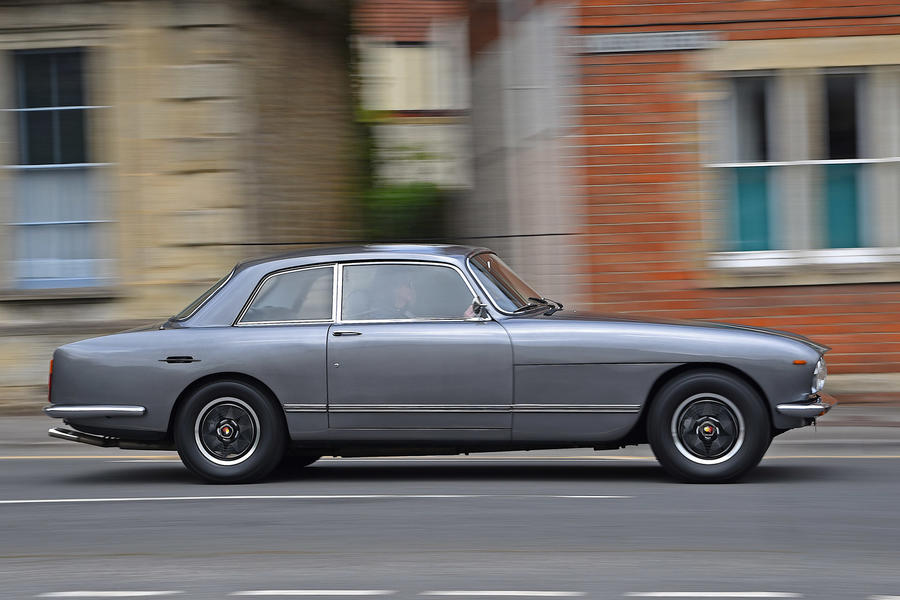 This was, by the standards of its time, perhaps the most impressive V8 Bristol of all and, in its heyday, good enough for several motoring journalists to proclaim it one of the best cars in the world. It was a sober-looking, 140mph, aluminium-bodied four-seater of fighter pilot class and supreme engineering logic, and its arrival sparked a healthy boost in sales.

The 411 originally ranged from the Series 1 through incremental upgrades to the Series 5, but in later years you could take your 411 to the factory and, by having the engine or suspension or wheels or tyres or brakes tweaked, turn it into a Series 6.

Many Bristols have been similarly upgraded with more modern underpinnings over the years, so much so that rarely are two cars ever the same. 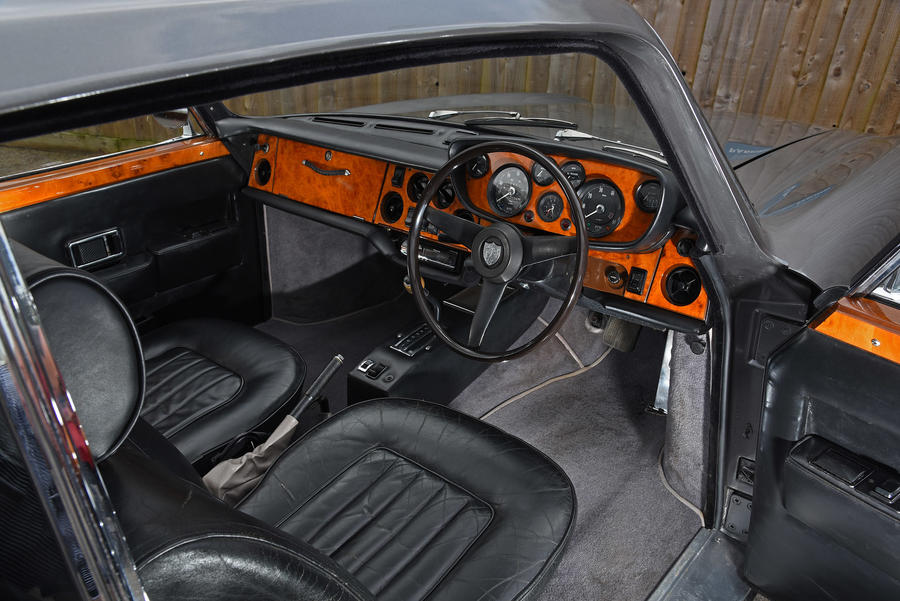 The wood-and-leather-lined interior of the 1975 Series 4 car that you see pictured here is an old-school delight, with its commanding driving position; small, thin-rimmed, three=spoke steering wheel; and Bristol’s traditional seven-clock binnacle. Ahead of you, that long, narrow and noble nose is ably guided by nicely weighted and pleasingly geared (three turns lock to lock) ZF power steering.

Push on and it will pick up its skirts and accelerate like a duchess at a school sports day, a subdued offbeat burble emanating from the 264bhp 6.6-litre V8 while the Chrysler Torqueflite three-speed automatic shifts gears imperceptibly.

The 411 rides impressively on its huge sidewalls and corners with a surprising sangfroid for a 47-year-old grand tourer.

Extreme in nothing but soberly proficient in everything, this 411 would have cost around £9000 when it was new, but you will need around six times that now for a good one. I suppose it would be vulgar to ask if they do finance? 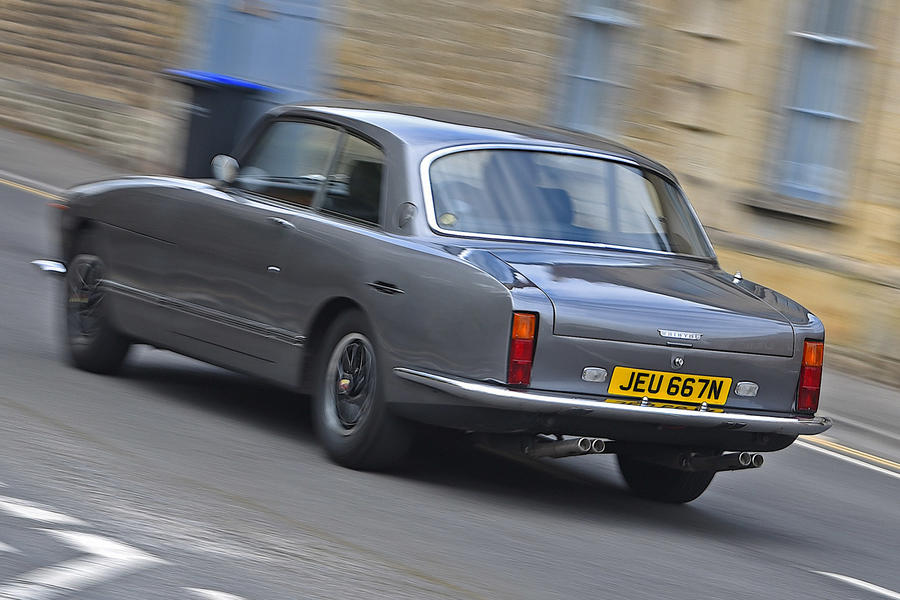 27 March 1976: “The 411 is smooth, of course. It is extremely quiet. Most of all, it really has got that aura of luxury. The workmanship cannot be faulted. I am clear in my own mind that the Bristol steers and handles better than the Silver Shadow, and of course it performs better – that is beyond dispute. A kind of sporting Rolls-Royce? Perhaps, in a crude way, that sums it up.” 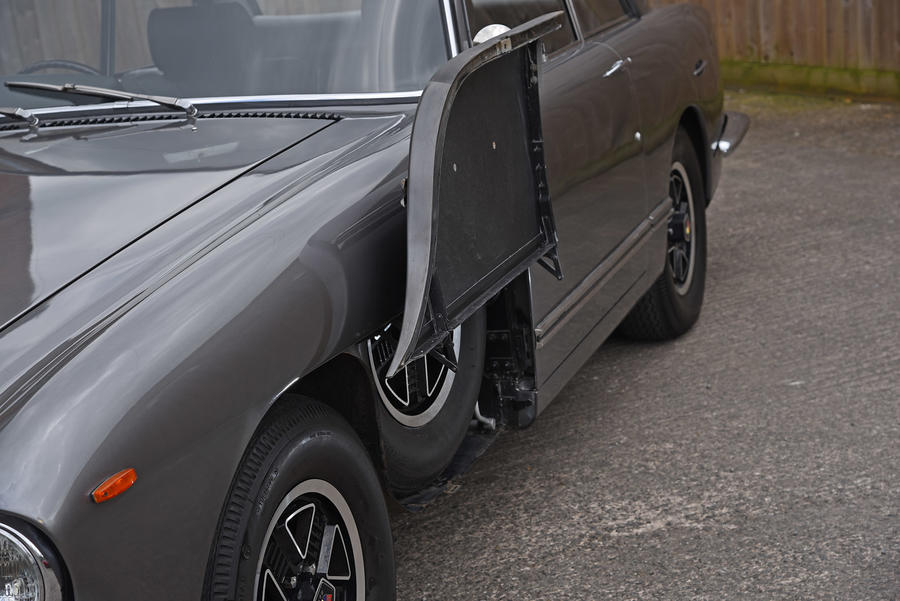 An expert’s view, Richard Hackett, SLJ Hackett: “The 411 is a terrific car and one of the best-selling Bristol models. There’s not much to watch out for: it comes with a very long-lasting engine and a gearbox that either works or doesn’t. The body is aluminium so can corrode and is expensive to repair when it does. The chassis is box-section steel and super-strong, but you should always inspect the car thoroughly on a ramp. The good news is that most parts are still easy to come by.” 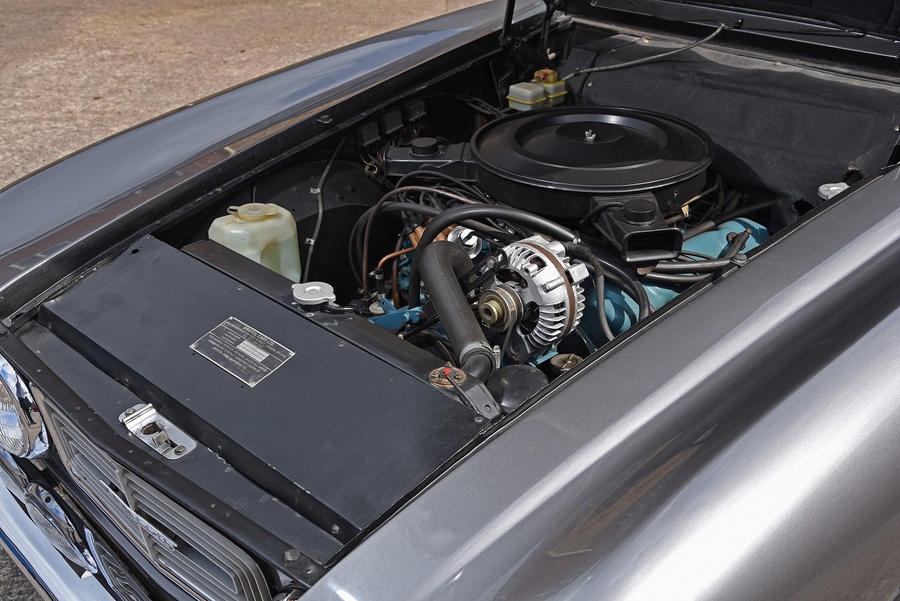 Engine: Chrysler V8s can clock up huge mileages without fuss. Many will have had much refurbishment done already. It’s known to have starting issues, especially when warm. The Carter carburettor can suffer from heat soak and fuel vaporisation. It’s worth checking that it’s getting adequate fuel pressure. Some 411s have been modded to accept an electric fuel pump, an inline pressure regulator and a reduction gear starter-motor that spins the engine quickly, even after it has stood unused for months. An ignition coil that works fine when cold can become unreliable when hot. Clean, correctly gapped spark plugs and sound ignition leads also help.

Bodywork: All the original paintwork cracks to some extent, especially in the channel on the tops of the front wings and particularly when the car has been repainted. Use chemical strippers for paint removal to avoid damage to the aluminium panels. There are always complications caused by the electrolytic reaction between the aluminium outer panels and steel frame. The stainless steel trim used widely on 411s doesn’t pit or corrode like other materials but does dull with age, and the side trims pick up little parking dings. These can be tapped out from behind and then the shine restored by a double-action sander with a hard polishing pad.

Transmission: The Chrysler Torqueflite is known to rack up huge mileages with minimal maintenance and very few problems. In fact, Bristol chose it first, then settled on the accompanying V8. It was upgraded for the turbocharged models of the 1980s with a thicker propeller shaft, and some 411s will have subsequently been upgraded from a three-speeder to a fourspeeder or even been given a more modern replacement gearbox. 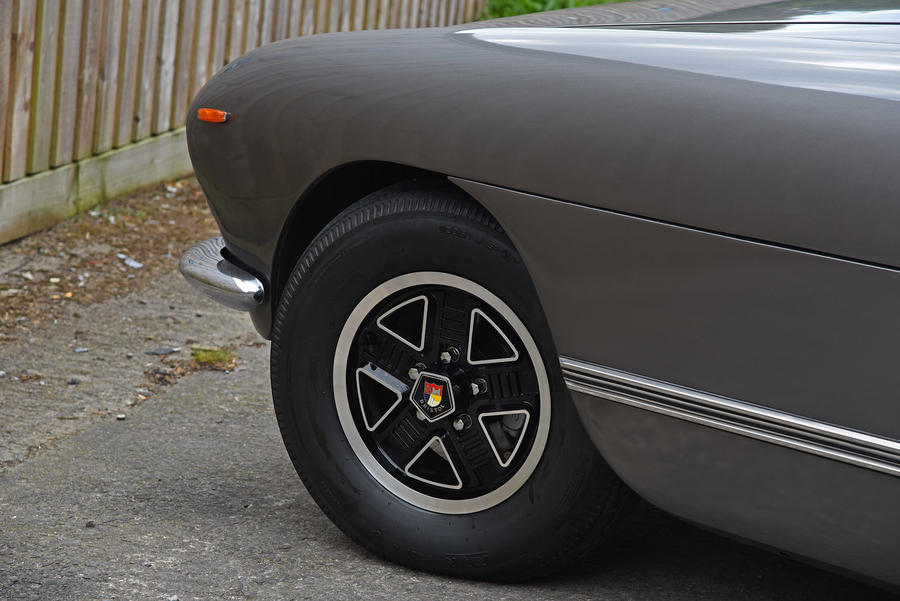 Unlike most classic car owners, Bristol owners tend to use their cars more and often upgrade them to make them more purposeful in modern traffic. Around 90% of 411s are used as everyday vehicles.

Bristol was known for its ‘never more than three cars a week’ motto, but only the earlier 411s were ever produced to near this number. Later models were initially very popular, with a production rate of about one a week, but in later years output fell to as low as only a handful of cars a year.

Later Bristols to consider include the boxy 412/Beaufighter, the 603, the Britannia, the turbocharged Brigand (the Beaufighter was also blown) and lastly a succession of Blenheims. Or you could take your chance on one of those Fighters. With 525bhp from its 8.0-litre engine, this low drag, gull-winged-door rarity has a top speed of more than 200mph. Only 13 were ever completed, mind. 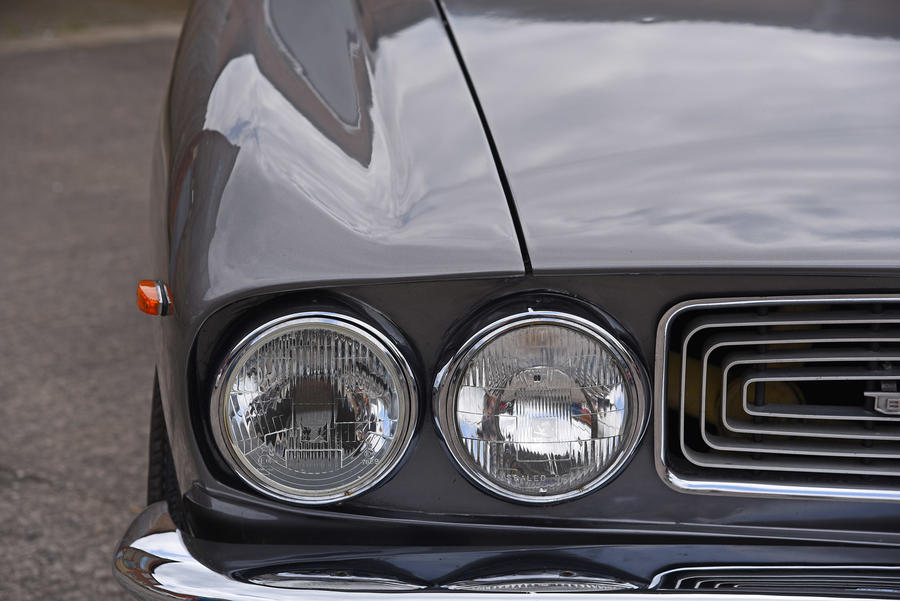 £25,000-£39,999: A mix of very early and late 411s. Mostly projects at the bottom end, but some genuinely good buys are possible. Prepare to spend the same amount again on refurbishment.

£90,000 and above: Cars extensively refurbished and in concours condition can attract five-figure sums.

Bristol 411 Series 5, 1975, 58,000 miles, £64,500: This beautiful red 411 is a Series 5 in excellent condition, with all the relevant upgrades. It has a full service history dating back to October 2005, when it was sold by Bristol. The most recent upgrade was to the brakes and a partial retrim of the front seats.

I often wonder if the reduction in sales coincided with the increasingly odd and ill-proportioned styling of later Bristols (the 412/Beaufighter was OK) whereas the early 60s Bristols as featured above were by far the nicest and most elegant.