There’s so much to like about the current-shape model, we reckon
Open gallery
Close

The Suzuki Vitara under the spotlight here is the fourth-generation model launched in 2015. It’s another well-rounded effort from Suzuki that offers more than its unpretentious styling and reasonable pricing suggest. It’s an SUV, of course, but one that justifies the term by being both a competent sports and a convincing utility vehicle in one.

From launch, buyers could choose a 1.6-litre petrol or a 1.6-litre diesel, each with 118bhp. The petrol is smooth and eager and the diesel economical but a bit gruff. They were dropped in the 2019 facelift but the petrol, especially, is good value. Also available from launch was the 1.4-litre Boosterjet, a more modern petrol unit that produces 138bhp and, being turbocharged, is stronger from low revs than the naturally aspirated 1.6 petrol. However, it can be thirsty when pushed hard and early ones are expensive because they’re all four-wheel drive and in top-level S trim.

Click here to buy your next used Vitara from Autocar

After the facelift, the engine range amounted to just two units. The 1.4 Boosterjet remained but was now available with two-wheel drive as well as in cheaper trims. Today, you can get into, for example, a 2019-reg two-wheel-drive SZ-T with 20,000 miles for £11,999. This compares with £15,800 for the equivalent Allgrip SZ5, the only trim offered with the four-wheel drive system and 1.4 engine combined. The second engine in the post-2019 line-up is a three-cylinder 1.0-litre Boosterjet. This turbo petrol has a modest 109bhp but is actually quite sprightly and will return around 43mpg at a squeeze. A 2019-reg SZ-T with 15,000 miles is £12,000.

Allgrip four-wheel drive was available from launch on the 1.6-litre engines and the 1.4 Boosterjet. More recently, it became standard on the 1.4 Boosterjet MHEV (mild-hybrid electric vehicle), launched in 2020. The system can shuffle drive between the wheels automatically or, in extremis, can be locked in four-wheel drive, turning the Vitara into a credible off-roader. That said, two-wheel-drive versions can make light off-roading skirmishes without complaint. 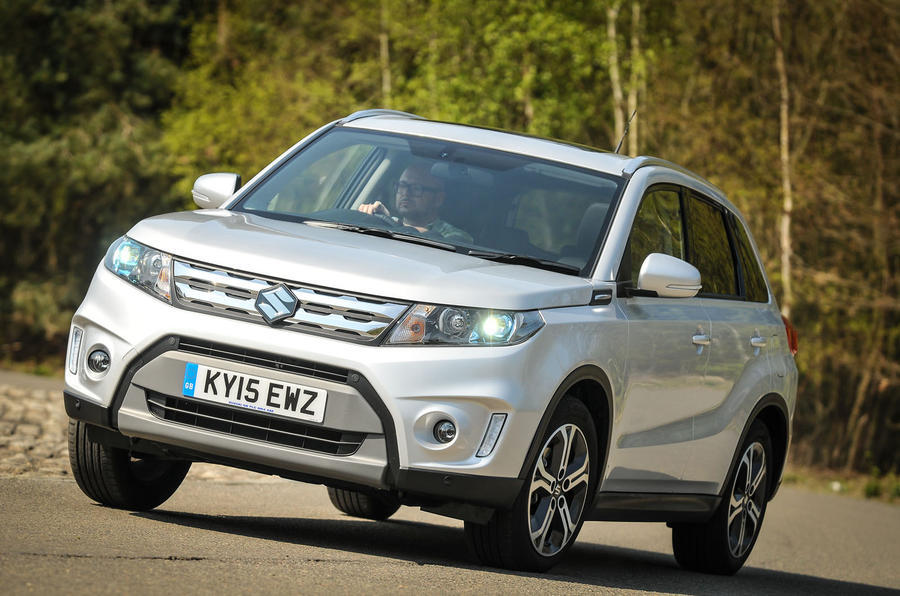 Even in cheapest SZ4 trim, the Vitara is well equipped. Alloy wheels, roof rails, a DAB radio, 60:40 rear seats, air-con and front and rear electric windows all feature. It’s followed by SZ-T, which, in turn, is followed by SZ5. This trim has useful features such as LED headlights, parking sensors and radar brake support. The range tops out with S, which, among other things, has Allgrip and hill descent control.

The 2019 facelift brought some soft-touch plastics to the dashboard but the Vitara is a rung or two below rivals for interior ambience. Don’t mistake this for poor quality: the Vitara is a rugged and reliable SUV – as well as capable, well equipped, good value and easy to own.

Engine On the 1.6-litre diesel engine, check if the timing belt is due to be renewed (the interval is every five years or 85,000 miles and the job is expensive). The 1.6 and 1.4-litre petrol engines have timing chains and dealers say they are the most reliable.

Transmission The manual gearbox can feel notchy. Check, in particular, that first and second gears engage smoothly. Braked towing capacity is a modest 1200kg so where a towbar is fitted, check the operation of the car’s clutch and cooling system.

Tyres On Allgrip models check for abnormal or uneven wear on rear tyres.

Interior Tough but built to a price, so expect some rattles. It’s the one area of the model that bothers owners most.

Diesel engine was dropped with the Vitara’s 2019 facelift.

On Allgrip models, check the underside for grounding.

Allgrip has four driving modes but automatic is best because it shuffles drive between the wheels as required.

Hill descent control is a useful off-road feature. Be careful not to exceed the Vitara’s modest towing limits. When launched in 2015, the Vitara scored the full five stars in its Euro NCAP crash tests. An automatic gearbox is available with most engines. Diesel timing belt change falls every five years and is expensive. 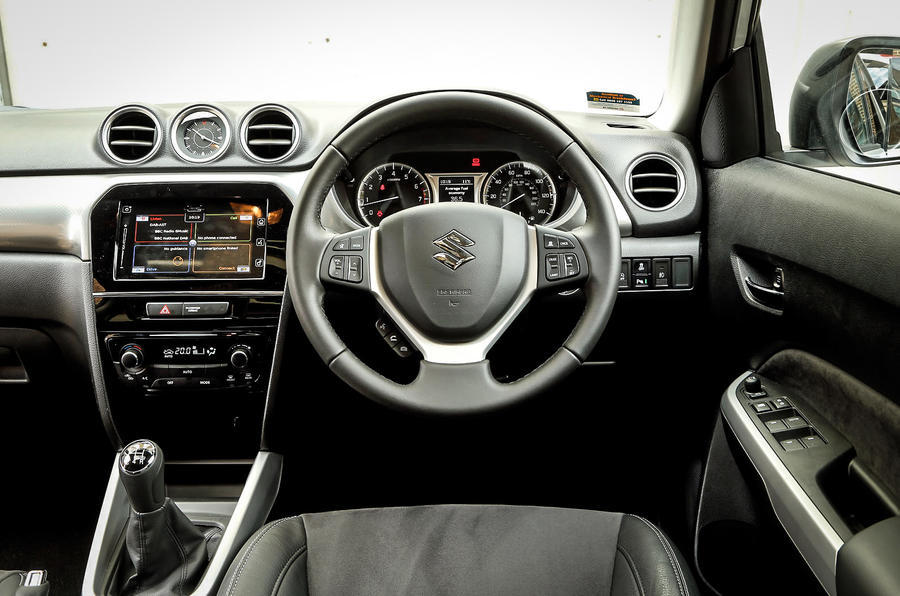 Suzuki Vitara 1.6: This engine was dropped from the range with the 2019 facelift. It’s an old unit so not the cleanest or most economical but it’s smooth and eager. It’s also great value for money.

Suzuki Vitara 1.4 Boosterjet Allgrip S: The sporty member of the Vitara family is fun to drive and well equipped. Thanks to the turbo, in-gear performance is reasonably strong. A 2017-reg example with 50,000 miles is around £11,000.

The Vitara is a great car and WAS a reasonably priced alternative to other makes that despite having squashy dashboards, were far less dependable.

Then they started fitting pointless 'mild hybrid' tech to them to justify huge price hikes - just like in the Swift Sport.

What made things worse for potential Suzuki Vitara buyers was that the non-mild-hybrid versions had a no-VAT promotion going on for months last year so a mid spec Vitara cost just over £16k, then after the pointless mild-hybrid 'tech' was fitted, the price of the same model lept to £23k (the no-VAT promotion ending and then a substantial rise for the hybrid gubbins).

This has raised the prices of used Vitaras too - so it is no longer easy to forgive the Vitara's shortcomings at those high prices (just like with the Swift Sport).

Certainly no longer the bargain make they used to be and Suzuki seem to be feeling the impact of that as looking at their website today shows they are now offering customer discounts on Vitaras again - but they're still a lot more expensive than they were not that long ago.

A lot to applaud

My wife has owned a 65-plate from new and I agree with other posters that it's an excellent all-round proposition. The elevation is spot-on, there's huge space inside (considering the modest overall footprint) and it's reasonably well equipped too. We've had an indicated 43+ mpg over the lifetime of the car so far, from the 1.6 NA petrol unit, which is perfectly refined and offers adequate performance for what I presume are the typical demands of this particular vehicle. Ok, a bit underpowered to be honest if you're trying to get more of a move on, or if your other family car has substantially more shove, but the mechanics and electronics have never put a foot wrong. It is a bit of a brittle plastic fest, though mostly solid and rattle-free (can't say that about my Range Rover, even if I do still love it), except for the carpets which can wear through in ways which isn't really forgivable even when built to a budget. All in all a very likeable car, and totally unpretentious with it.

Will86 3 June 2021
My parents have a 1.4T auto AWD and it's a really good all round package. Just the right size, fits four comfortably, reasonable boot but surprisingly small footprint. Drivetrain is excellent, the auto is particularly smooth and the engine punchy yet gives over 40mpg consistently. It even handles well and it actually works off road. The only downside is it's not the most refined and there are a few trim rattles. With a bit more sound insulation it would be superb.
View all comments (4)