BACK TO ALL NEWS
Currently reading: Used car buying guide: Vauxhall Astra VXR
UP NEXT
Two worlds collide: Porsche Taycan vs Alpina B3

Vauxhall’s Mk5 Astra hit sizzling point with the VXR, a car so rapid that it held the hot hatch record at the Nürburgring. Today, they start at £3000, as we explain
Open gallery
Close
Share story

In this age of smart diffs, let’s hear it for the Mk5 Astra VXR, a 237bhp hooligan with muscle-building torque steer.

In 2008, former Le Mans 24 Hours winner Manuel Reuter piloted a production example around the Nürburgring Nordschleife in 8min 35sec, at the time a record for a hot hatch. Given how popular the car is with tuners today (specialists Courtenay Sport once showed off a VXR producing 560bhp), one has probably since lapped the M25 in the same time.

It was launched in 2005 in much the same form as it bowed out in five years later, save for a mid-life tweak in 2007 that brought a redesigned front and rear lights, a new front bumper and keyless entry. During its life it kept the same 237bhp 2.0-litre engine (series name Z20LEH), fed by a Borg Warner K04 turbo and driving the front wheels through a Getrag M32 six-speed manual gearbox. 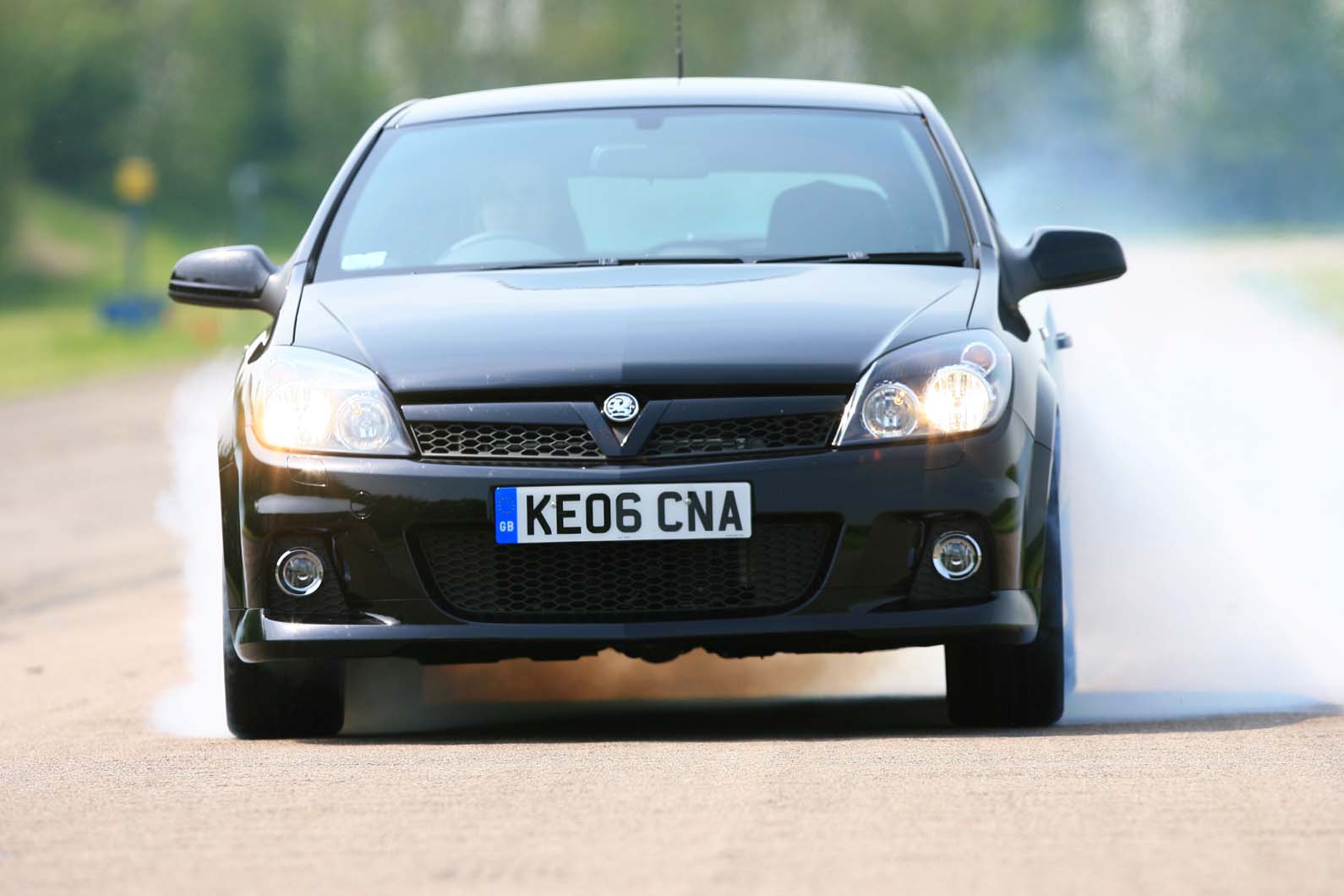 Much was made of its Lotus- developed suspension but, yes, that is a beam axle at the rear. Still, for an extra £400, you could have the Driving System Plus featuring Continuous Damping Control, a system that monitors roll, pitch and yaw, and changes the rate of damping on each wheel to optimise handling.

To ensure there was no mistaking it for its 103bhp 1.6 SXi sibling, the VXR had a fully encompassing bodykit (unique grille, revised bumpers, front splitter, side skirts and rear spoiler), a carbonfibre- effect B-pillar, 18in ‘snowflake’ alloy wheels (most buyers chose the optional 19s with a different design) and a signature VXR boot badge. 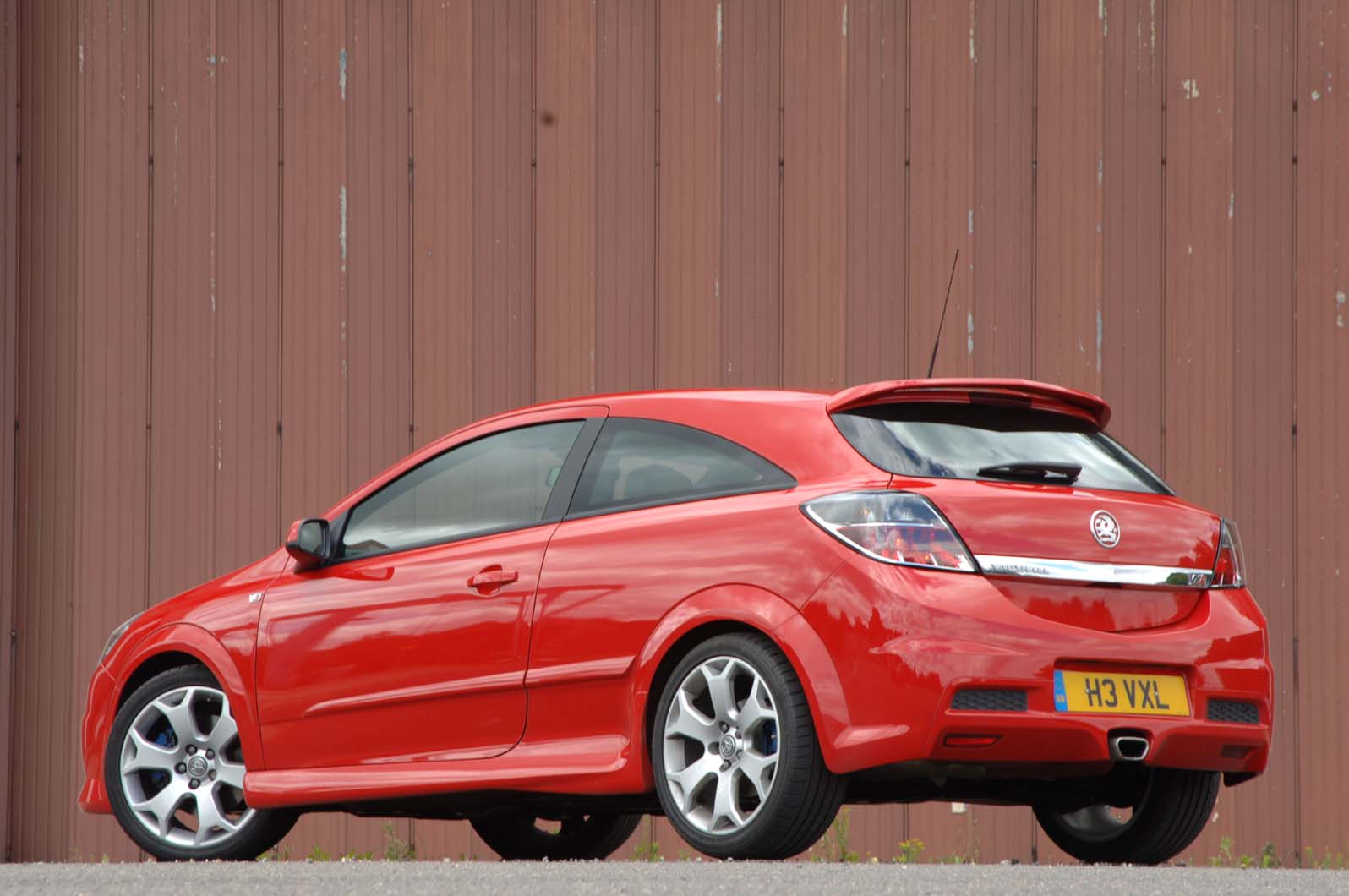 Special editions included the excellent Nürburgring Edition of 2008. Inspired by Reuter’s exploits, it had white alloys, chequered flag graphics, a slightly wider track and a noisy Remus exhaust giving an extra 15bhp. Then there’s the VXRacing Edition of 2009 (the same power- boosting Remus exhaust plus 19in alloys) and the run-out Arctic (white and black paint scheme, heated Recaro seats, 19in alloys and a panoramic windscreen).

Today, prices for early, standard VXRs start at just £3000 for a 2006- reg car with 85,000 miles. “Gearbox is tight,” says the online advert for one example. It’s a reminder that the six-speed M32, nicknamed the ‘chocolate box’, is a weak affair. Its issues are explained on the right and more fulsomely at eco-torque.co.uk.

The K04 turbo is another weak spot. Well, not weak exactly; more a victim of abuse and neglect. Fortunately, a new one is ‘only’ around £750 supplied and fitted. Saying that, have the actuator checked first because it’s only £200. 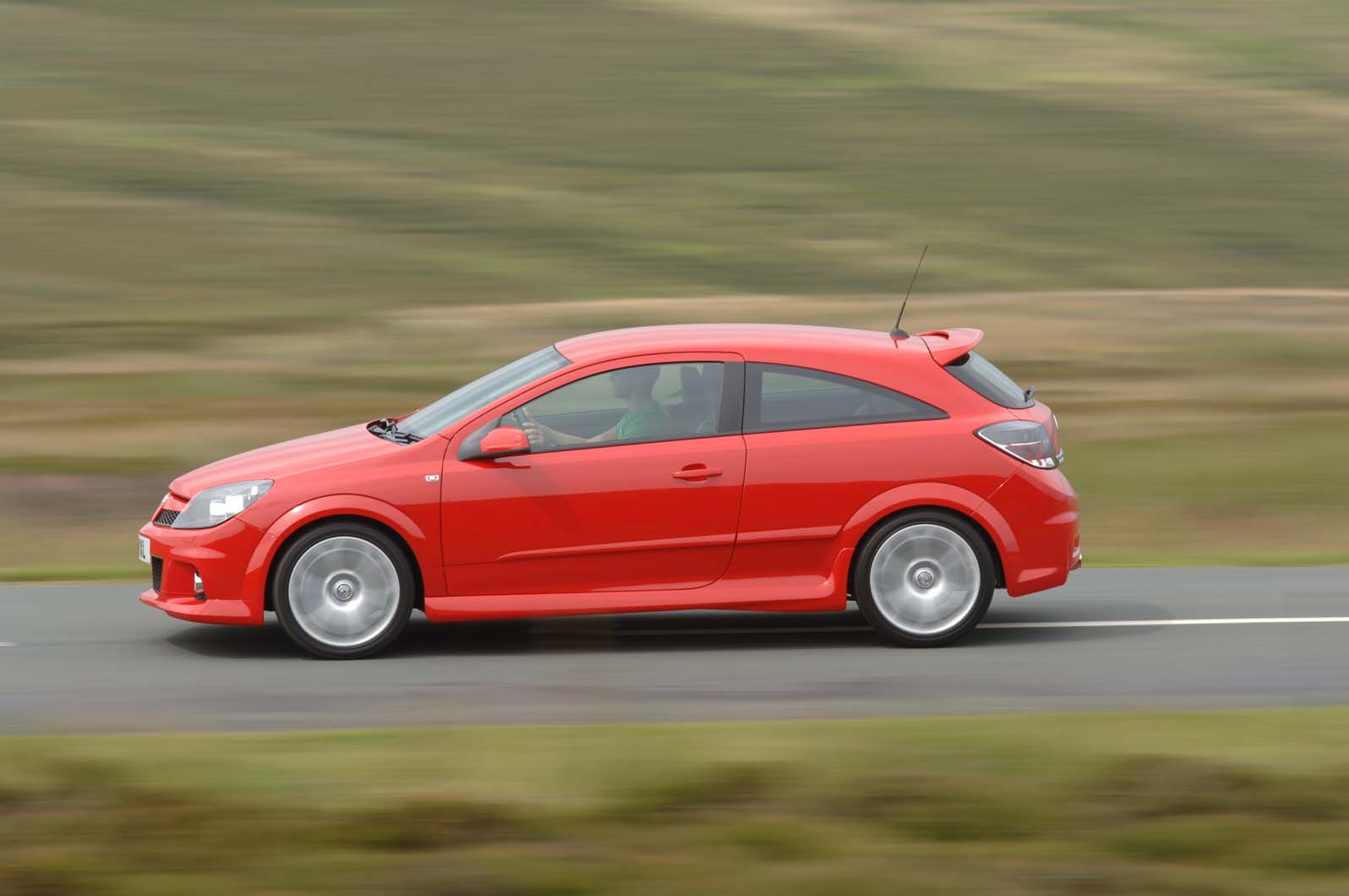 Otherwise, like all Astra Mk5s, the VXR is a tough old bird and today represents terrific value for money. Bag a good, unmodified one before anyone cottons on.

“The Astra VXR Mk5 is a great hot hatch: cheap, quick and a bit unruly.

It’s a great basis for a tuning project, too. Almost everything on the car can be uprated. We’ve just finished a £16,000 upgrade on a £2500 VXR that arrived a month or so ago. It came with a bent con rod, and after we quoted for repair, the owner said he might as well go the full distance. You don’t have to spend that, though. A stage one remap to 270bhp is around £400, and that plus a full exhaust system is £1500. Add an uprated intercooler and you’re looking at £2000.” 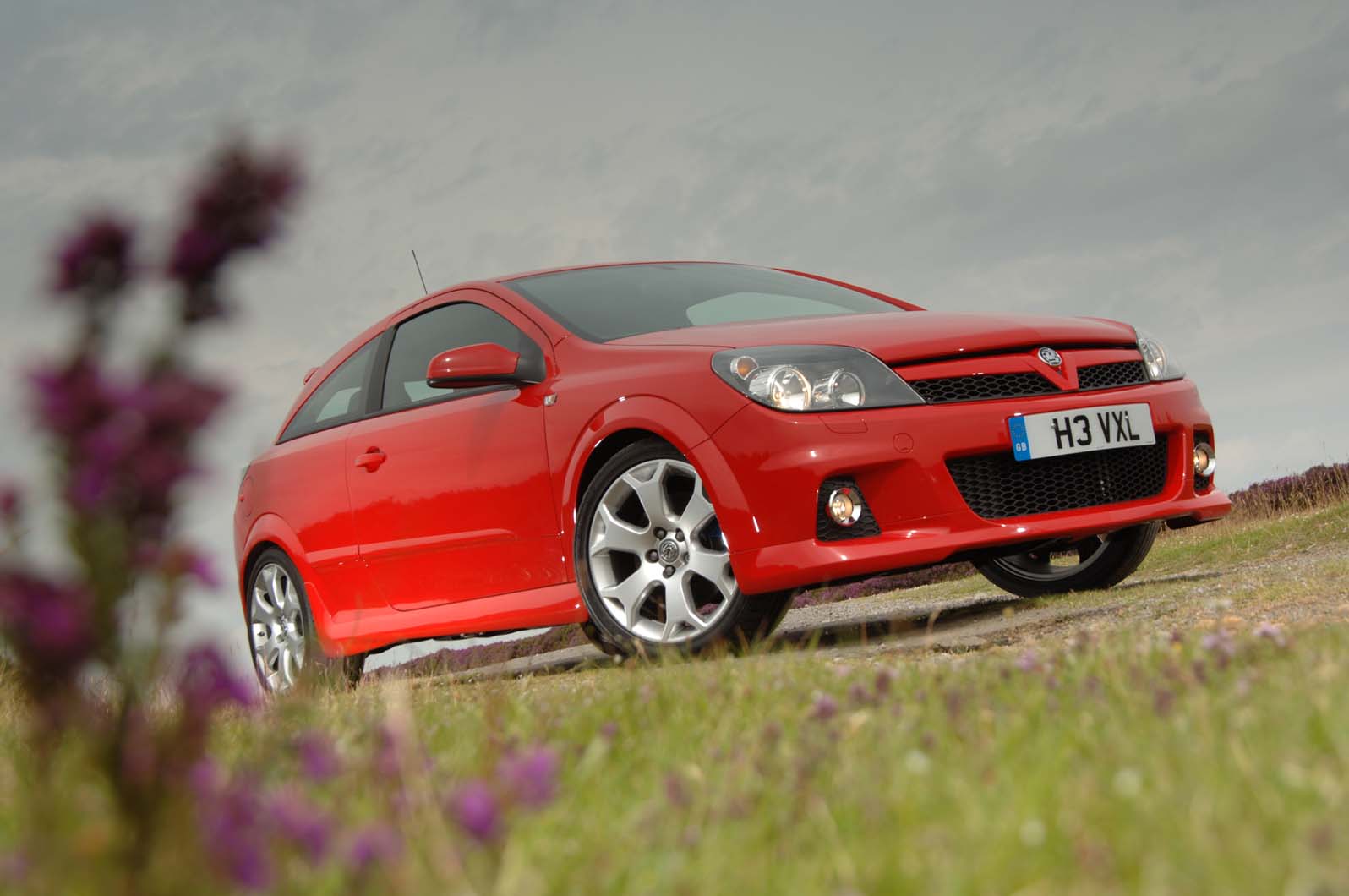 ENGINE - Valve stem seals are a weak spot so check for smoke on a cold start and at idle, and when blipping the throttle. Tappets are hydraulic, so worry if they’re ticking. Pistons are strong but con rods are weaker and can’t take more than 320bhp/350lb ft. A cambelt change is best every 45,000 miles rather than the official 80,000.

TURBOCHARGER - Lack of routine servicing cripples the Borg Warner K04 turbo. Look for smoking on and just off boost, and listen for bearing noises. The turbo’s vacuum lines at the rear of the engine can pop off or perish so listen for a ‘turkey gobbling’ noise off boost.

GEARBOX - First and sixth gear bearings are notoriously weak. A failed ’box will pop out of gear and there’ll be some gearlever play. To preserve it, change the gearbox oil every year.

SUSPENSION - Standard droplinks are plastic and perish. Replace them with metal items. Powerflex polyurethane suspension bushes are a sensible upgrade. 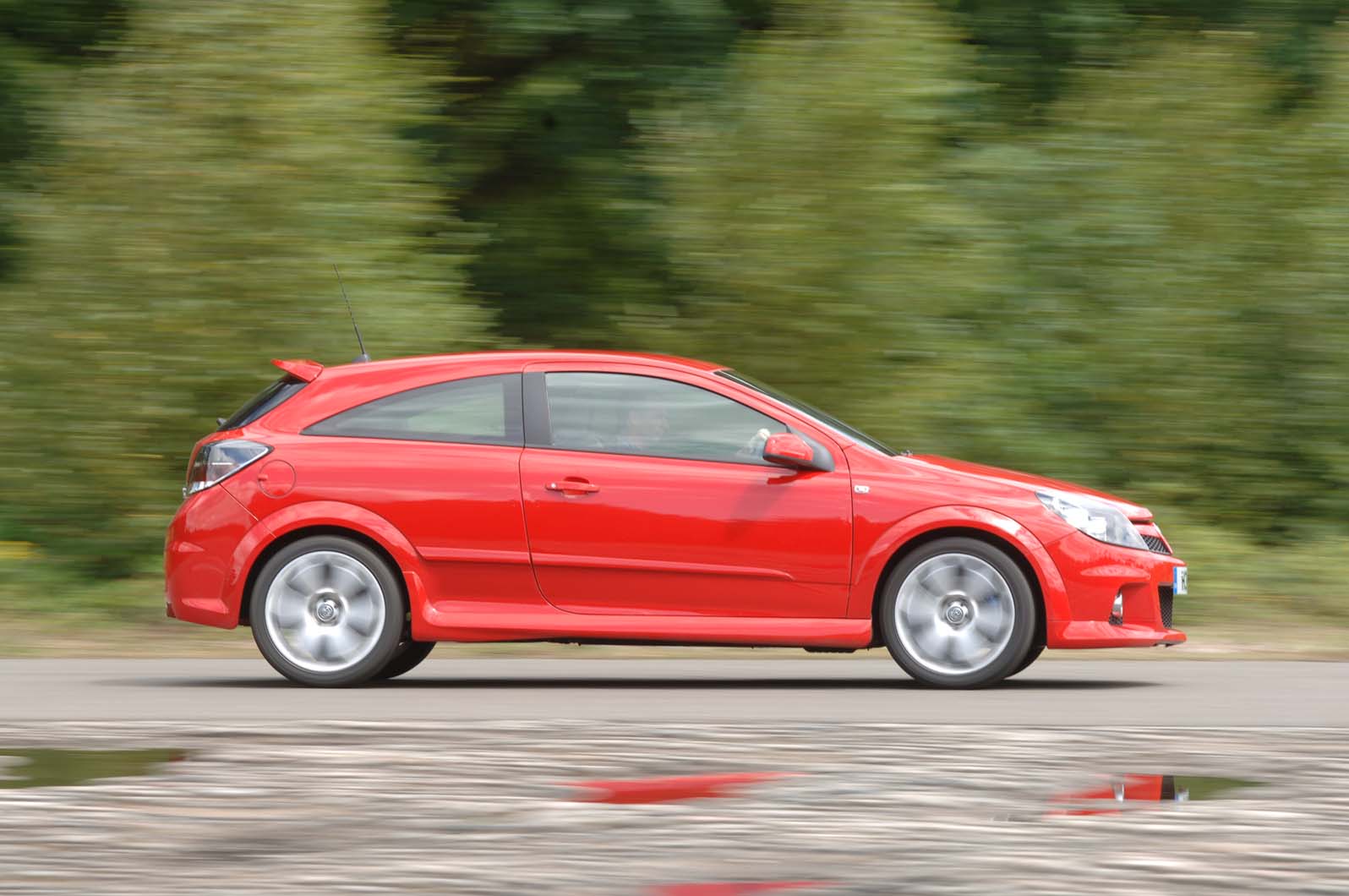 BODY - The front bumper can pull away where it connects to the wings. Check for surface rust on the rear wheel arches caused by stone chipping. Inspect the panel fit, and for ‘orange peel’ paint finish and overspray.

INTERIOR - Recaro side bolsters take a beating. The expensive steering wheel wears easily but can be retrimmed for £100.

To avoid buying a ringer, cross-check the VXR’s identification info, which can be seen on the floor in the form of a VIN plate, on the top of the dashboard and on the offside inner B-post. The engine number is visible next to the gearbox. 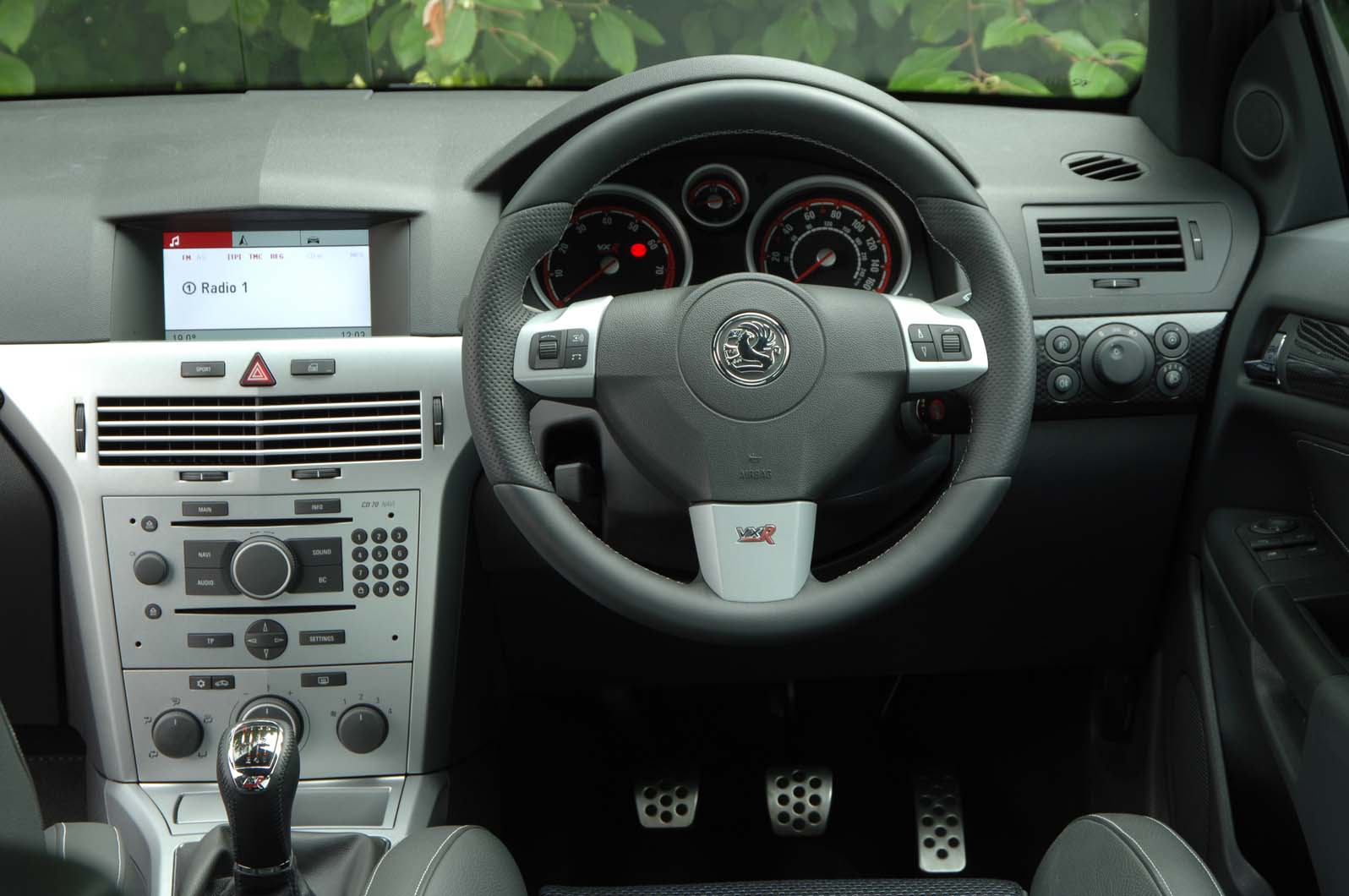 VAUXHALL ASTRA VXR, 2006/06, 84K MILES, £3999 This VXR has four things going for it: it’s a private sale so you can quiz the owner; it’s totally standard; it hasa full service history; and it has four new tyres. The price is a little stiff but the sight of readies always melts a seller’s resolve.

The gearbox is truly awful in

The gearbox is truly awful in them. Few back I had a Grande Punto 1.9 Multijet with the same gearbox. The bearings failed on 5th and 6th with a whining noise.

It turns heads alright - away

Feel you need to look a bit of a pr*ck, get a black Astra VXR, black the grill up and deep tint the windows. Pure class.

Certainly was still is a Head turner.....

Certainly was still is a Head turner.....