BACK TO ALL NEWS
Currently reading: Mini Cooper S John Cooper Works GP review | Past Masters
UP NEXT
Lotus and Britishvolt to co-develop batteries for EV sports cars

If ever there was a car that had a preposterously skewed moniker-to-size ratio, this is it.

So what do you get? For starters, a pretty lairy bodykit. You also lose the rear seats, which, combined with certain other weight-saving measures, makes the GP about 50kg lighter than the ‘standard’ Works. Tweaks to the intercooler and engine management bring power up to 215bhp, from the Works’ 208bhp, making this one of the most powerful small hot hatches of its time.

That’s more than enough to make the Works GP feel properly rorty. The shove from the supercharger is instant and useful even when you’re bimbling around town. The instant you flex your right ankle further, it yelps in anticipation of what’s to come. Keep it pinned and the yelp becomes a glorious wail, coupled with ever-increasing thrust that turns the Mini into a properly fast car. The bulky gearlever isn’t the finest thing and the change is a little obstructive, but the ratios mean you drop sweetly into the powerband for the next charge, and all too soon you’re having to ease off lest you cross the border into antisociality.

What about the corners? Well, the traction control is far too restrictive and you wonder why, because without it, the car feels fabulously grippy. The steering is sharp and fast, although the front end lacks the pointiness of a quick Renault Sport Clio. But once it has turned, the diff puts the power down beautifully, and although there’s always a slight sense of nose-heaviness, the Mini doesn’t actually slip into understeer – at least, in the dry, as we tested it. Sure, that also means it doesn’t quite have the colourful tail-happiness of something set up a little more fruitily, but the trade-off is that it feels stocky and planted at all times, giving you the confidence to press on and properly use that manic powerplant 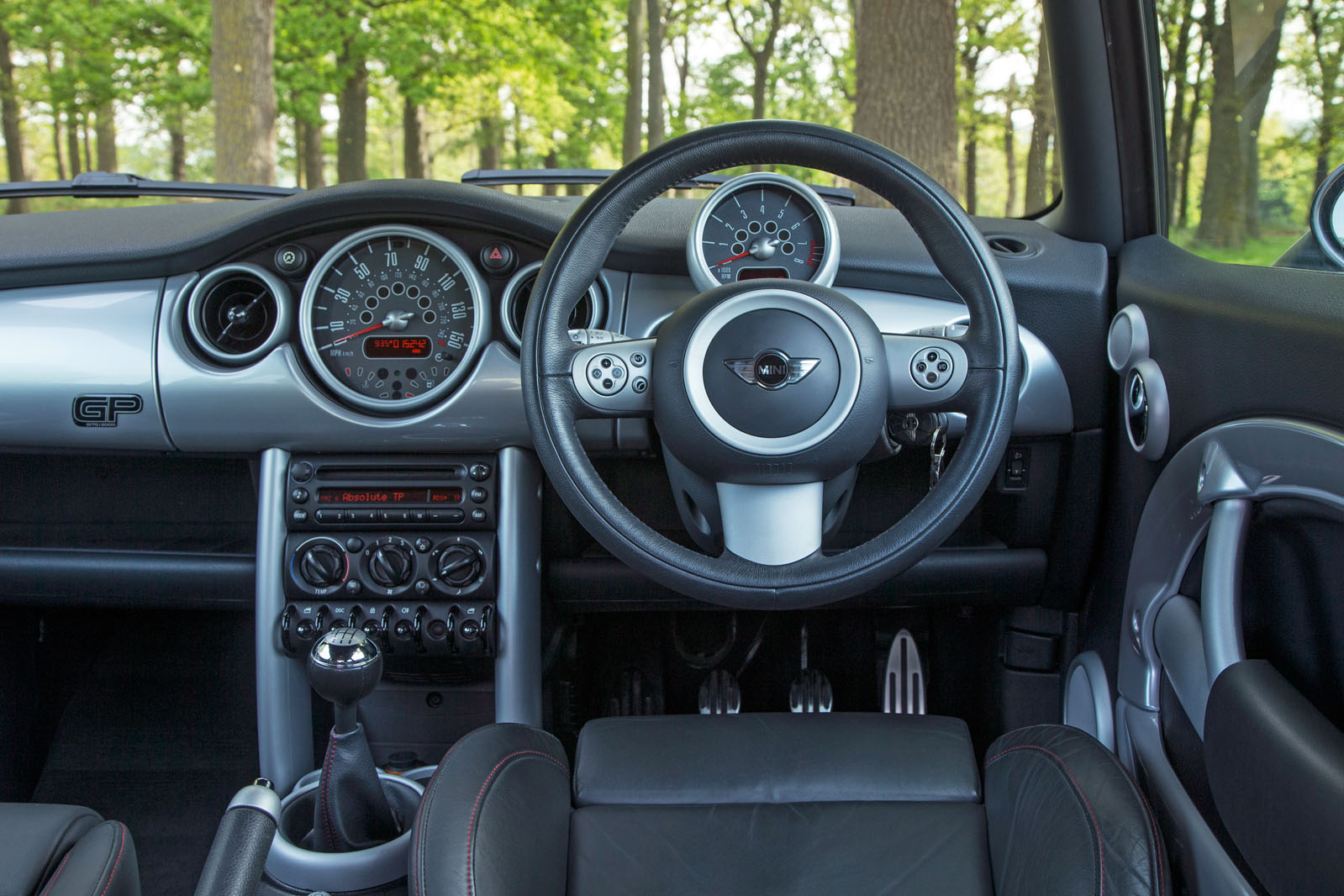 This is a very enjoyable weekend toy, in other words. But the lack of rear seats is restricting and combines with the minimal sound-deadening to turn the interior into an echo chamber, making high-speed cruising a chore. Shame, because the cabin feels plush and well appointed.

The first Works GP, then, really is a car best served up in small doses. With its cute interior, balls-out styling and devilish supercharged grunt, it cuts its own path. Even if you find yourself wanting for that final degree of deftness, you’ll still come away charmed.

I sold mine recently because

I sold mine recently because it was a bit too much to do 60 miles every day in. I would have liked to have kept it tucked away somewhere, as you say, taken out every now and then they are absolutely awesome. On another level of involvement compared to the current mini. Its a real little legend of a car, such character, there aren't many cars with an engine like this.