BACK TO ALL NEWS
Currently reading: Volvo to run first unsupervised autonomous driving trials this year
UP NEXT
Hyundai i10 EV successor primed for 2024 launch

Volvo will launch its first unsupervised autonomous driving technology in its new electric large SUV, to be revealed later this year.

The Swedish car maker confirmed that the technology, called Ride Pilot, will first be available in the US state of California, which is well-known for its forward-thinking in relation to autonomous driving. It expects trials to begin there by the middle of this year, using a Volvo XC90 mule.

Volvo said that once the tech has been verified for use on highways, it will be an add-on subscription to the new electric SUV – an indirect replacement for the Volvo XC90 – before being rolled out to other EVs.

It added that the move is aimed to “free up more time for customers and make driving a Volvo even more convenient and enjoyable”.

Volvo defines 'unsupervised’ autonomous driving as when a set of operation, environmental and regulatory conditions are met, so that the car drives itself allowing the driver to relax and engage in secondary activities.

The firm, which was an early pioneer of assisted driving systems and self-driving cars, is using over-the-air software updates combined with a state-of-the-art sensor set-up. 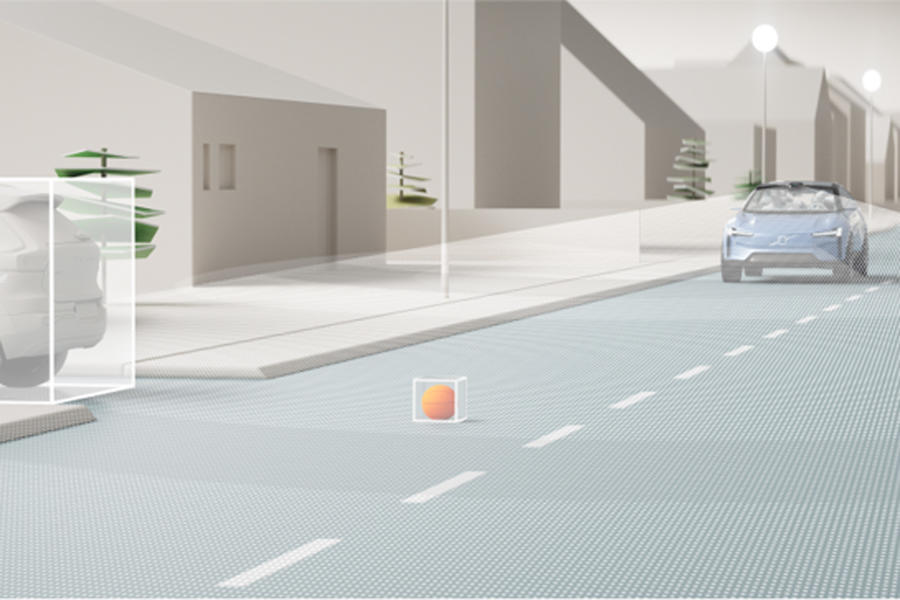 The software is developed by autonomous driving software company Zenseact together with Volvo’s in-house developers, as well as developers from Luminar, one of its technology partners.

The sensor set-up consists of more than two-dozen sensors, including Luminar’s Iris lidar sensor, which work closely with the developed software.

While the software-sensor combination will be fitted from day one on the new electric SUV, Volvo said it will be made available to customers only once it has gone through a “rigorous verification and testing protocol”. This includes validation of the technology as safe for use on highways in a number of varying conditions.

As part of this verification process, Volvo is already testing the tech in Sweden and collecting data across Europe and the US, before testing begins in California.

It explained that “the climate, traffic conditions and regulatory framework [in California] provide a favourable environment for the introduction of autonomous driving”.

It said that once Ride Pilot is verified as safe and all necessary approvals have been secured, its ambition is to introduce it in California first, before rolling it out in other markets around the globe.

It added that the move is aimed to “free up more time for customers and make driving a Volvo even more convenient and enjoyable”.

But they're won't BE driving, will they?

“the climate, traffic conditions and regulatory framework [in California] provide a favourable environment for the introduction of autonomous driving”.

So probably not much use elsewhere, then?

What really is the agenda here?