BACK TO ALL NEWS
Currently reading: Volkswagen to update ID software with new features
UP NEXT
Quarter of UK cars produced in April were electrified

Volkswagen will introduce a new over-the-air update that the firm has described as “a big software facelift” to improve and introduce a host of new features to its ID model range.

Some of the major changes include new driver assistance systems, improved voice control, faster charging for some models and a new smart e-route planning application.

Improvements will also be made to the range's infotainment system that will aim to solve latency issues present since the initial launch of the Volkswagen ID 3.

Newly introduced systems include an improved travel assist and autonomous functions. The system can also switch lanes for the driver, change speeds automatically and provide support for roads with a single lane marking.

A park assist function will also be introduced that can parallel park at speeds of up to 25mph, and 12mph for regular bays. A memory function can remember specific parking spaces, such as a garage.

The smart e-route planner will allow for improved route guidance over long journeys, and Volkswagen has described it as a “key function” that has been “dramatically improved”.

Volkswagen says it takes traffic and obstruction data into account, and that it automatically plans the most efficient charging point access for the journey, rated by the available charging speed. 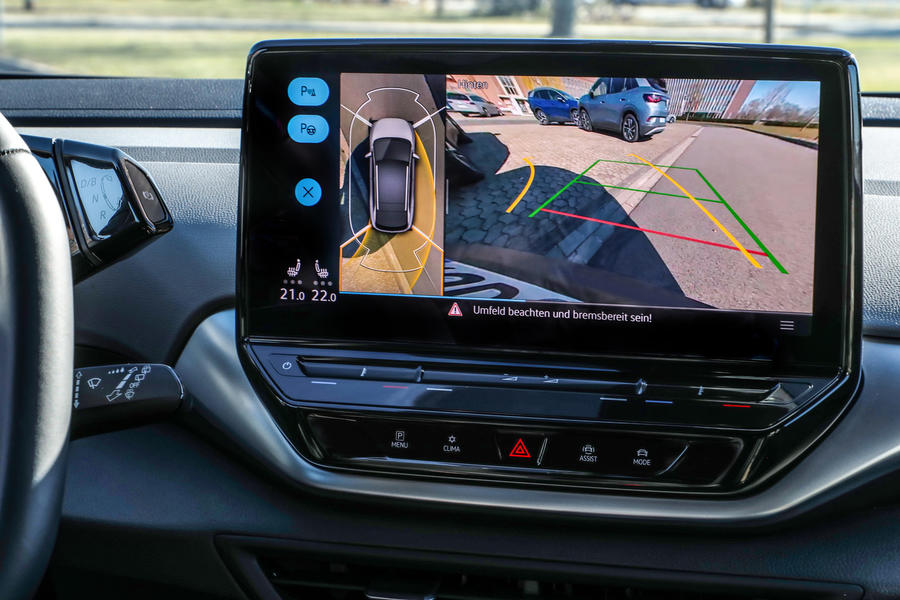 Meanwhile, ID models with a 77kWh battery and Software 3.0 installed will be able to charge at a rate of 135kW, which is a slight improvement over the previous maximum of 125kW.

Volkswagen claims this is thanks to improvements to the battery’s thermal management, which will also improve range in cold weather. A new battery care mode will also be added, limiting charging capacity to 80%.

In addition, the firm has improved some of its display systems, including its optional augmented reality head-up display. The digital cockpit will also now display a battery charge percentage.

The ID range’s voice control system has been upgraded to a “premium level” and Volkswagen claims its recognition quality is now at around 95%.

“The new ID Software 3.0 is an upgrade for our whole ID family: we are taking our products to a new level of functionality because we are working faster, are more connected and are more customer-oriented,” said Thomas Ulbrich, Volkswagen board member for technical development.

The new software will be available in April for over-the-air updates. All new ID models from April will have the new software installed prior to customers taking delivery of their cars.

Volkswagen has also confirmed there has been interest from third parties about possible software integration, though it did not disclose any further details. The firm did reveal, however, that on-demand features are part of its business model going forward, and that possible features could include charging coupons.

Log in or register to post comments
Andrew1 21 March 2022
Software update? Does it need to pass some regulation tests?