BACK TO ALL NEWS
Currently reading: Under the skin: How coconut shells are improving car ride
UP NEXT
Hennessey guns for speed record with 300mph+ Venom F5 Roadster

Ingenious ideas come in many shapes and sizes, but when they do, it’s often the result of applying some lateral thinking to something that’s hiding in plain sight. So it was with Carbon Air, the British materials company, which saw an opportunity to improve the ride quality of air suspension using a material made from coconuts that can be used to enhance the performance of audio system loudspeakers. The material is activated carbon and, apart from coconut shells, it can be produced from other organic sources such as nutshells and wood.

Air sprints work, as the name suggests, by using compressed air in a cylinder as a spring. The advantage is that they provide a smoother ride than steel coil springs, with added benefits such as being able to vary the ride height to improve aerodynamics, cover rough terrain and make access to the vehicle easier.

Air springs are extremely effective in premium cars but are still limited by the laws of physics. As the suspension deflects and the air in the spring becomes more compressed, the spring rate rises and the air spring becomes stiffer. A thumb over the end of a bicycle pump demonstrates how this works. Push the plunger in and it’s easy at first, but near the end of the throw, more force is needed. Release some of the pressure with your thumb and the feeling of springiness comes back as the volume of air is reduced.

With an air spring, the greater the suspension movement, the stiffer the spring and the harder the ride. Letting air out of the spring isn’t an option but there is a way of producing a similar effect and that’s what Carbon Air’s technology does. Activated carbon inside the air spring can adsorb (as opposed to absorb) air molecules as the pressure is increased, reducing the volume of air inside the spring. Because of that, the compliance of the spring is reduced as the suspension is compressed, giving a much smoother ride through the whole of the suspension travel.

Adsorbing means a layer of air molecules temporarily adheres to the surface of the activated carbon, rather than becoming soaked up by the material (absorbed). Under a microscope, activated carbon is a massive labyrinth of pores with a huge surface area for the gas molecules to be adsorbed on to. When this happens, the adsorbed air is effectively taken out of the equation as if it has been bled off from the air spring. Except it hasn’t.

Carbon Air has patented the idea and licensed it non-exclusively to a major suspension manufacturer that supplies air suspension to Audi. Air suspension-equipped Audi A6s and Audi A7s have it but the technology is also available for licence to any company that wants it.

Carbon Air technology is also being used in mountain bikes and motocross bikes and talks are ongoing with audio manufacturers for shrinking large bass speakers and woofers without affecting the quality of the sound. 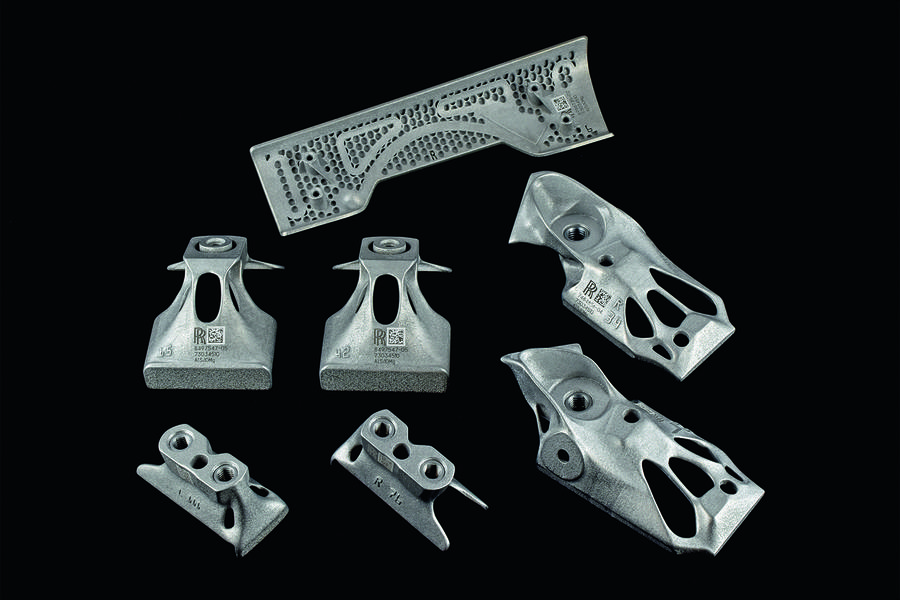 BMW is one of a number of manufacturers moving from rapid prototyping of parts using 3D printing to manufacturing actual production components. Lighter 3D-printed metal and polymer parts that would be too complex to make using traditional machining methods have been made for Rolls-Royce cars since the middle of 2020.