Yamaha is developing a hydrogen-fuelled 5.0-litre V8 engine for Toyota as part of the two firms' ongoing commitment to internal combustion.

Toyota and Yamaha – along with Mazda, Kawasaki and Subaru – have previously pledged to continue investing in combustion technology. The five Japanese manufacturers appeared in a joint press conference late last year to express their interest in "expanding fuel options", while other global manufacturers embrace all-out electrification.

The new hydrogen V8 has been detailed following Toyota's deployment of a hydrogen-combustion Corolla in Japan's Super Taikyu race series, and the subsequent reveal of an identically powered GR Yaris prototype.

The new engine is based on that used by the Lexus RC F sports coupé, with modifications to the injectors, heads, intake manifold and elsewhere. Yamaha claims it delivers 449bhp at 6800rpm and 398lb ft at 3600rpm - near-identical figures to those of the hardcore RC F Track Edition. 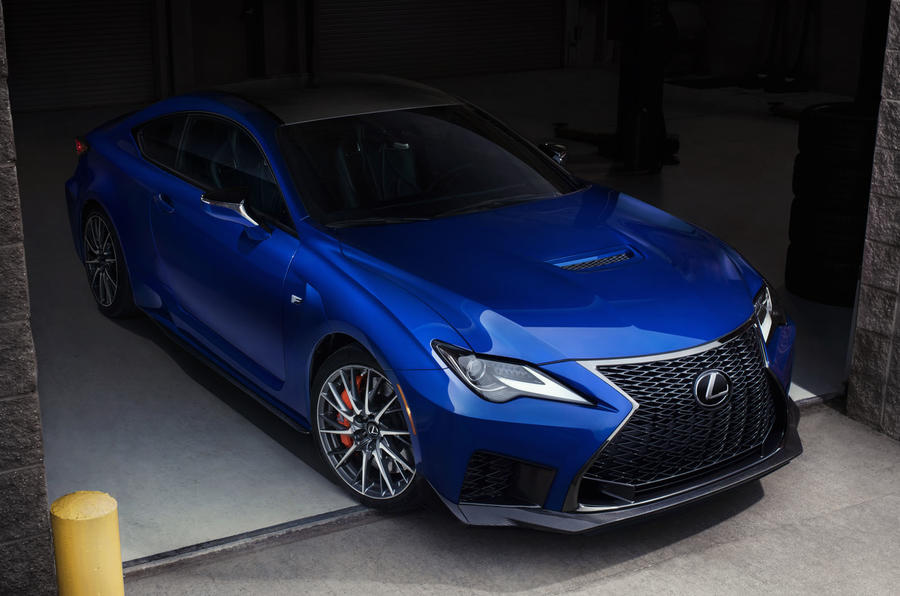 As with Toyota's previous hydrogen-combustion creations, there remains no indication that the modified unit could find its way into a production car, but Yamaha president Yoshihiro Hidaka has been vocal about his belief in the technology's potential.

He said: “Hydrogen engines house the potential to be carbon neutral while keeping our passion for the internal combustion engine alive at the same time.

“Teaming up with companies with different corporate cultures and areas of expertise as well as growing the number of partners we have is how we want to lead the way into the future.”

Yamaha says it began developing a hydrogen car engine "about five years ago" and is also working with Kawasaki on a potential use for such an engine in the motorcycle sector.

He added: "Hydrogen engines have an innately friendly feel that makes them easy to use even without resorting to electronic driving aids. Everyone who came to test drive the prototype car would start off somewhat sceptical but emerged from the car with a big smile on their face at the end."

One particular characteristic Yamaha highlights is the V8's raucous engine note, which can be preserved by adapting it to burn another type of fuel. Toyota said the same thing of the hydrogen-fuelled GR Yaris 'H2' prototype it showed last year, reinforcing the potential for the technology to serve the sports car segment in particular. 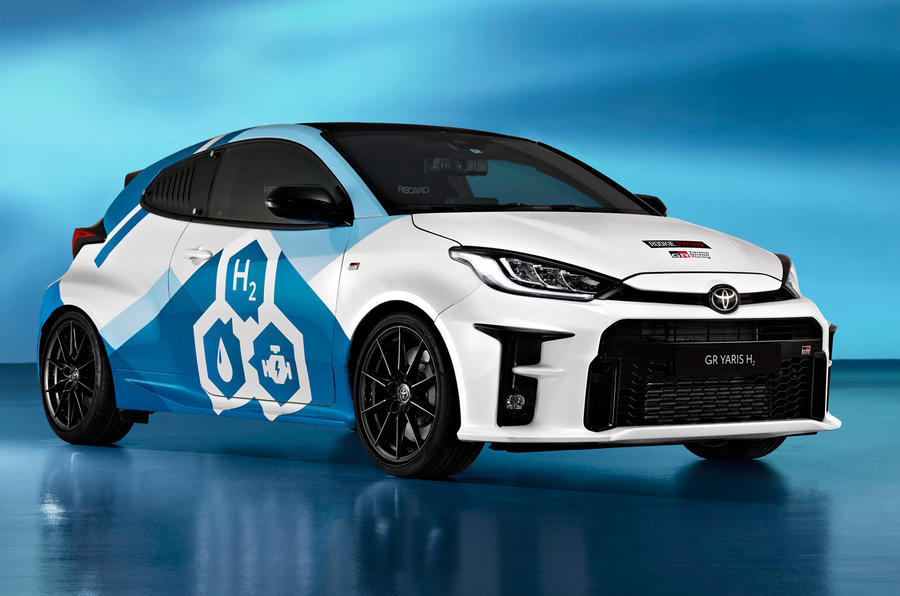 Toyota's Europe boss, Matt Harrison, said at the time that burning hydrogen would allow the firm to "deliver almost zero tailpipe emissions without electrification, but it does so whilst retaining the things which fans love most about race cars – the speed and the noise."

It is not the first time the two firms have collaborated on a highly strung sports car engine. The Lexus LFA hypercar's 552bhp 4.8-litre V10 was a shared effort and entirely bespoke to that car.

Log in or register to post comments
pikkoz 21 February 2022
Aside of what Dawey already said , there is a simple reason why burning hydrogen in an ICE won't be used in cars for transportation:
There's not enough space .
Even compressing the hydrogen to 700bars , it has a volumetric energetic density that's 7 times less than petrol, that's why the Toyota Corolla and Yaris prototype in the picture have only two seats , as all the space in the back is used up by the tanks and their protective structures, (for 30 miles of range in track consitions ).
FCEV somewhat works because overall they are a bit more than twice the efficiency of a ICEs ran on hydrogen so they needs less than half the space for the hydrogen for the same range and even then they still struggles with space (and weight) look at the mirai where the tanks take so much space away that is a 5meter long sedan but with a cramped interior and a minuscule boot.
xxxx 17 February 2022

Will toyota and auto car stoop any lower to get a hydrogen story in. It's a dead end, end of.

I'm with @567 on this one. I'm glad there are still automotive companies that are willing to develop existing and alternative vehicle propulsion technologies so that there continues to be consumer choice. Everything improves with research and development. Battery Electric Vehicles aren't for everyone.