BACK TO ALL NEWS
Currently reading: Lexus unveils new RC F and RC F Track Edition
UP NEXT
Ford backs call for European ban on new ICE cars from 2035

Lexus has revealed the refreshed F performance variant of its RC coupé at the Detroit motor show, alongside an aerodynamically enhanced Track Edition version.

The standard RC F features a range of visual and mechanical modifications aimed at maximising performance, according to Lexus. Weight has been saved by replacing the old model’s solid half-shafts with lighter, hollow units, while components such as the intake manifold and air-conditioning compressor are now smaller. 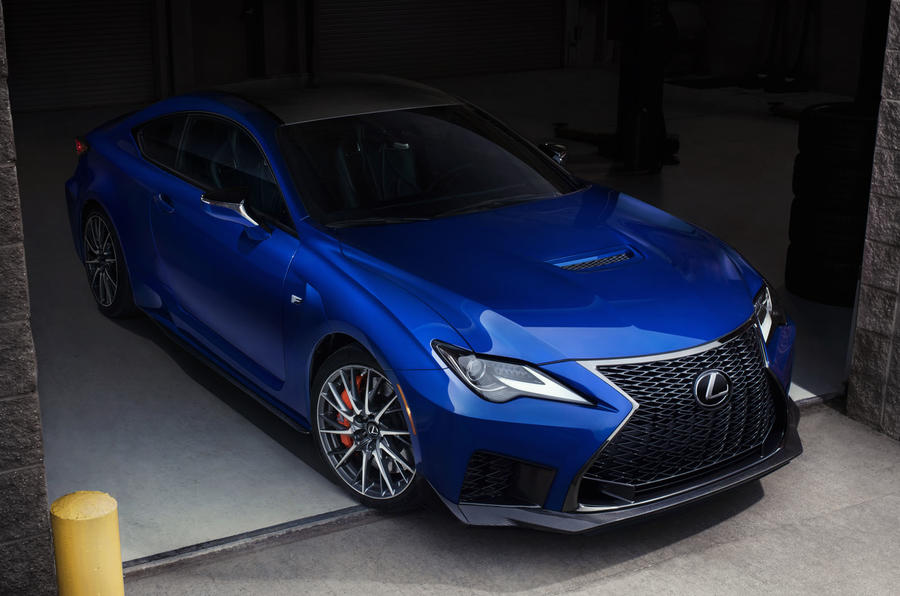 The BMW M4 rival retains the previous RC F’s 5.0-litre naturally aspirated V8, which, with modifications to the intake system, now produces 451bhp and 384lb ft at 4800rpm. The eight-speed automatic gearbox has been kept, but now features a higher final drive ratio to improve acceleration from a standing start. With launch control fitted as standard, the RC F is capable of a 4.5sec 0-62mph time.

Changes to the RC F’s exterior styling include redesigned headlight clusters with integrated daytime running lights, while a new vent at the bottom of the front grille, reshaped bumper and new tail-lights most clearly differentiate this from the old model.

The RC F range now features the RC F Track Edition, a lighter, stiffer version of the standard car that offers driving enthusiasts “the ability to impress on the track and off”. 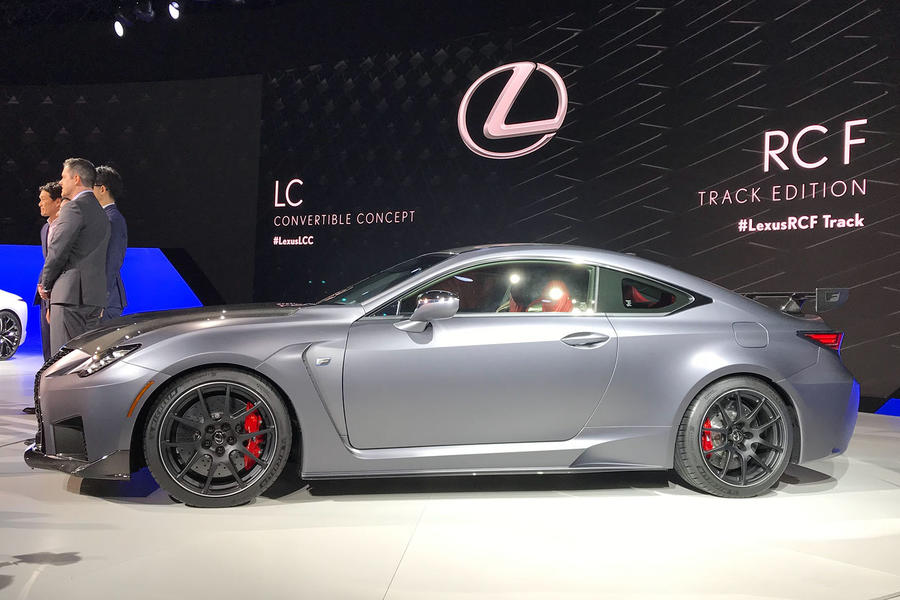 A redesigned carbonfibre front splitter and spoiler are said to offer improved steering response and up to 26kg additional downforce over the standard model, while weight savings of between 70kg and 80kg have been achieved with carbon-ceramic brake discs, carbonfibre body panels, titanium exhaust components and lightweight 19in BBS alloy wheels. Performance details are scarce, but 0-60mph is said to be dispatched in under four seconds.

The Track Edition will be available in white or a bespoke matt grey exclusive to the model. A red leather interior with carbon trim and Alcantara seat accents is fitted as standard.

Production of the RC F and RC F Track Edition will begin in March, with prices and specifications set to be announced nearer the time. The current RC F is available from £61,310.

News from the Detroit motor show

The blue one without that