BACK TO ALL NEWS
Currently reading: Hope for Bloodhound LSR project as sponsor talks start again
UP NEXT
Official: Ford Bronco 4x4 coming to Europe in 2023

Andy Green, driver of Bloodhound LSR, the land speed record car aiming to reach 1000mph but currently residing at Coventry Transport Museum, says discussions with sponsors are now restarting in the wake of the pandemic that brought the project to a halt.

"We're having conversations with potential commercial partners and following Bloodhound's high-speed test in November 2019 when we reached 628mph we have a good story to tell them," he said.

So far, that story has been as bumpy as the ride Green will experience if and when his jet-propelled car passes the speed of sound. Launched in 2008, 10 years later the project went into administration, to be saved by Ian Warhurst, a Yorkshire-based businessman. Two years later, in 2020 and as Covid struck, the team announced that £8 million was required to keep the project on track. The following year, in the depths of the pandemic, Warhurst stepped back from the project and Bloodhound was offered for sale. It was later put on display at Coventry transport Museum while the team restructured and prepared for a post-covid relaunch.

Green made his upbeat remarks against the backdrop of a celebration marking 100 years to the day since one of the most significant land speed record cars, the Sunbeam 350hp driven by Kenelm Lee Guiness, achieved an average speed of 133.75mph on 17 May 1922 at Brooklands race circuit. It would go on to break two more land speed records, on its third outing in 1925 achieving an average speed of 150.76mph, with Malcolm Campbell at the wheel. 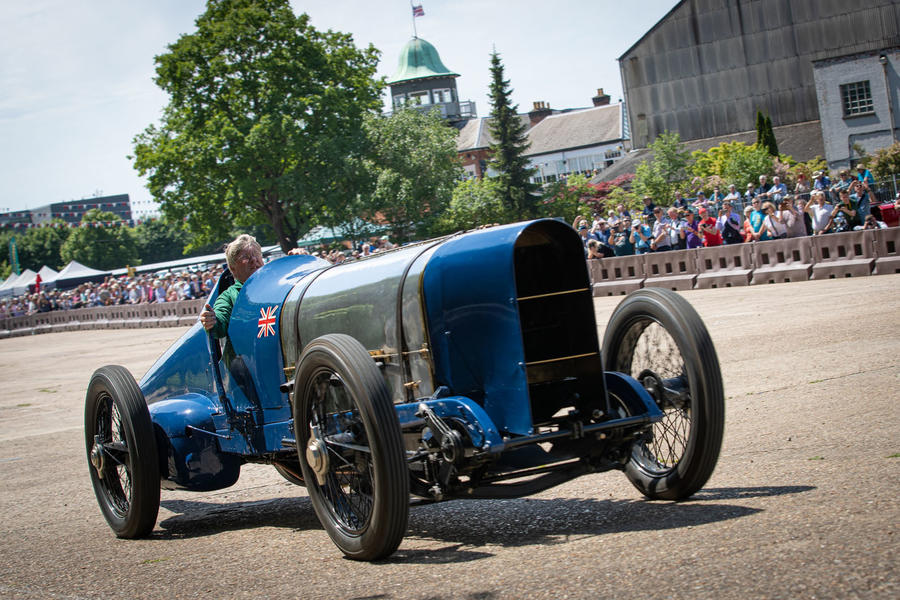 The centenary celebration was held, fittingly, at Brooklands. Enthusiasts turned out to witness the Sunbeam 350hp, on loan for the day from the National Motor Museum, perform demonstration drives on the circuit's Railway Straight. However, speculation as to the future and, indeed, the relevance of the land speed record was never far from people's thoughts, especially so since in the afternoon, a panel of speakers that included Andy Green and Don Wales, the grandson of Malcolm Campbell and a record breaker himself, debated that very topic.

"When we first told Lord Drayson, whose idea the project was, that we wanted to go for 1000mph, he said our real aim should be using the car to get youngsters to talk about following engineering as a career. Right then, Bloodhound became an engineering adventure and today we're in a good place to continue it." 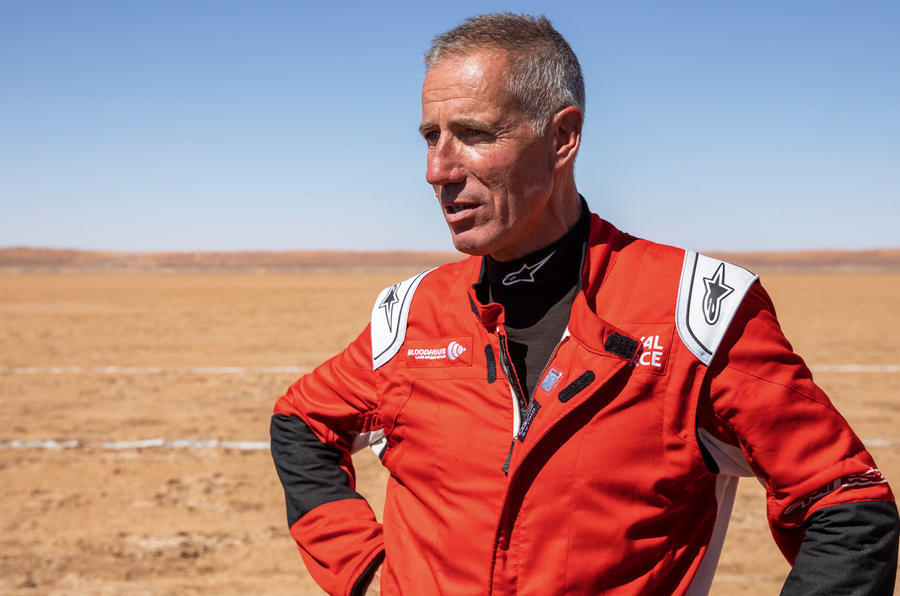 Green is an inspiring speaker and hugely invested in the Bloodhound project but since the car was launched, electrification and concern for the planet have moved centre stage, leaving the jet-powered vehicle and the land speed record looking increasingly out of step. David Turton, mechanical design engineer at McMurtry, the company developing the Spiérling electric hypercar, reminded the audience that the first car to exceed 100kph (62mph) was electric, in 1899. Jonny Swinhoe, programme manager of the McLaren Elva, the car maker's lightest road car, and also responsible for the McLaren Senna GTR, speculated on the future of an electric land speed record. "A sub-1000kg LSR EV would seem very relevant to me."

Don Wales agreed. "An LSR EV weighing less than 1000kg is a more relevant record to aim for but the high speed that Bloodhound is targetting has the glamour."

Following the debate, Wales developed his theme. "The land speed record will always make headlines but is it relevant anymore? I don't think so. Instead, other classes such as electric and zero-emission records have far greater relevance. The future of the LSR will be class records that recognise sustainability over harming the planet."

Later this year, Andy Green plans to sail across the Atlantic. For a while, at least, he'll be able to push Bloodhound LSR to the back of his mind. Unfortunately for him, if those who imagine a different future for land speed records have their way, that's exactly where the project could stay.

A bunch of boomers looking for a retirement hobby!  I followed the original Thrust SSC but it's now 2022.  To get youngsters engaged needs to be the fastest EV, fastest autonomous EV or something relatable and useful.  Not a 60 year old driving a jet car burning fossil fuels (and I'm closer to his age than the youngsters!!)

Bloodhound and the new TVR, two stories that keep dragging on. I'm past caring.