BACK TO ALL NEWS
Currently reading: Under the skin: Renault reveals new tricks to squeeze more out of batteries
UP NEXT
Handling by Lotus: revisiting the Kia Elan in 2021

Under the skin: Renault reveals new tricks to squeeze more out of batteries

The latest EV announcements give an inkling as to how the technology will evolve before the end of the decade and what we can expect to see in forthcoming cars. In particular, with the Mégane E-Tech Electric revealed recently at the Munich motor show, Renault has firmly planted its flag in the sand and potentially made the best possible choices to eke out every single milliamp of power from the lithium ion battery.

First, that battery. No whizz-bang surprise announcement here of a sooner-than-expected solid-state battery but more fine-tuning of the best that lithium ion has to offer.

To be clear, lithium is only part of the mix in an EV battery, which gets its name from the fact that lithium ions migrate between the electrodes during charge and discharge. Lithium ion batteries contain lithium, of course, but also graphite and variously silicone, iron, phosphate, manganese, aluminium, cobalt or nickel. Tinkering with the list of ingredients and how they interact is one way that battery cell manufacturers like LG Chem (which has partnered with Renault in EV battery development for almost a decade) are able to draw more performance and range from batteries.

The electric Mégane uses a new nickel manganese cobalt oxide (NMC) formulation in its battery cells developed by LG. NMC isn’t a new technology and many manufacturers use it in addition to Renault, but changing the proportions of the ingredients in an NMC battery allows it to favour either power or energy density (which equates to power and range in an EV respectively). The same cell optimised for power may have as much as a third less energy capacity so the two can be balanced to give the best of both worlds.

Nickel is an attractive ingredient, because it’s so much cheaper than cobalt, which ultimately has an impact on the ticket price of the car. The Mégane’s battery has 20% greater energy capacity per litre than that of the Renault Zoe. It’s also 40% smaller and the thinnest on the market, at 110mm.

On the other side of the equation for all EVs is weight and the efficiency of anything that consumes energy outside of the drivetrain – mainly the heating, ventilation and air conditioning system (HVAC). EV manufacturers use heat pumps, the same kind of thing that has taken off as an efficient and economic way of heating a house. A heat pump uses the refrigeration cycle to move heat around from one place to another. It works like a household refrigerator, which takes heat from inside the fridge and radiates it into the room. In the Mégane, a new patented heat pump and HVAC system manage battery, drivetrain heat and ambient temperature to heat or cool the cabin, reducing the amount of energy it draws from the battery by 30%.

Finally, the electric drive motor has shrunk compared with the Zoe’s and weighs 10% less. Like the Zoe’s, it’s an ESSM (electrically excited synchronous motor), which means it has electromagnetic windings instead of less sustainable rare- earth permanent magnets on its rotor. 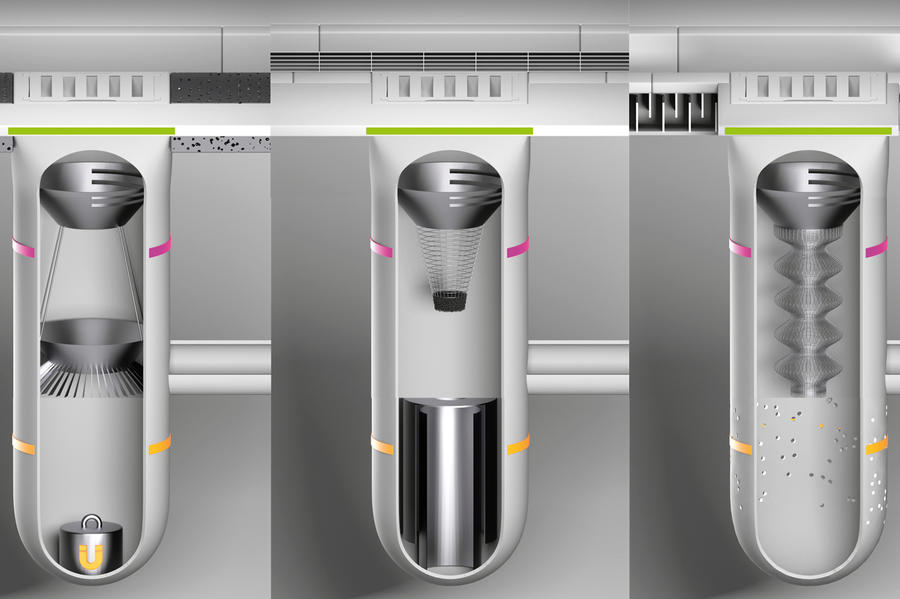 Nasty things, microplastics: they get into watercourses and do untold damage to wildlife, the food chain and us. Audi is currently doing research into filters that can be fitted to roadside drains in order to trap microplastics from tyres and other sources. Various types are under evaluation with a range of filters, sieves and magnetic field modules.