Time is up with Peugeot’s rival to the Ford Focus ST and VW Golf GTI. So how has life been with our fast French hatch?
Open gallery
Close

The Peugeot 308 GTi 270’s life with us was a tumultuous one through no fault of its own.

Our first longtermer was written off in a serious accident, which at least proved something you’d never hope to prove: that the crumple zone was incredibly effective at protecting its occupants.

Then as soon as a replacement arrived, someone smashed the front passenger window glass. The reason for the break-in remains a mystery; the only thing visible in the car was a yoga mat – which wasn’t taken.

And so, as our seven-month stint with the car comes to an end, I’m sad to say goodbye to it. It has become a trusty companion: practical and unassuming but with all the poke you need to live everyday life in the fast lane.

As always at Autocar, and particularly so with a hot hatch, plenty of people wanted a go in the Peugeot, and that resulted in a number of differing opinions. 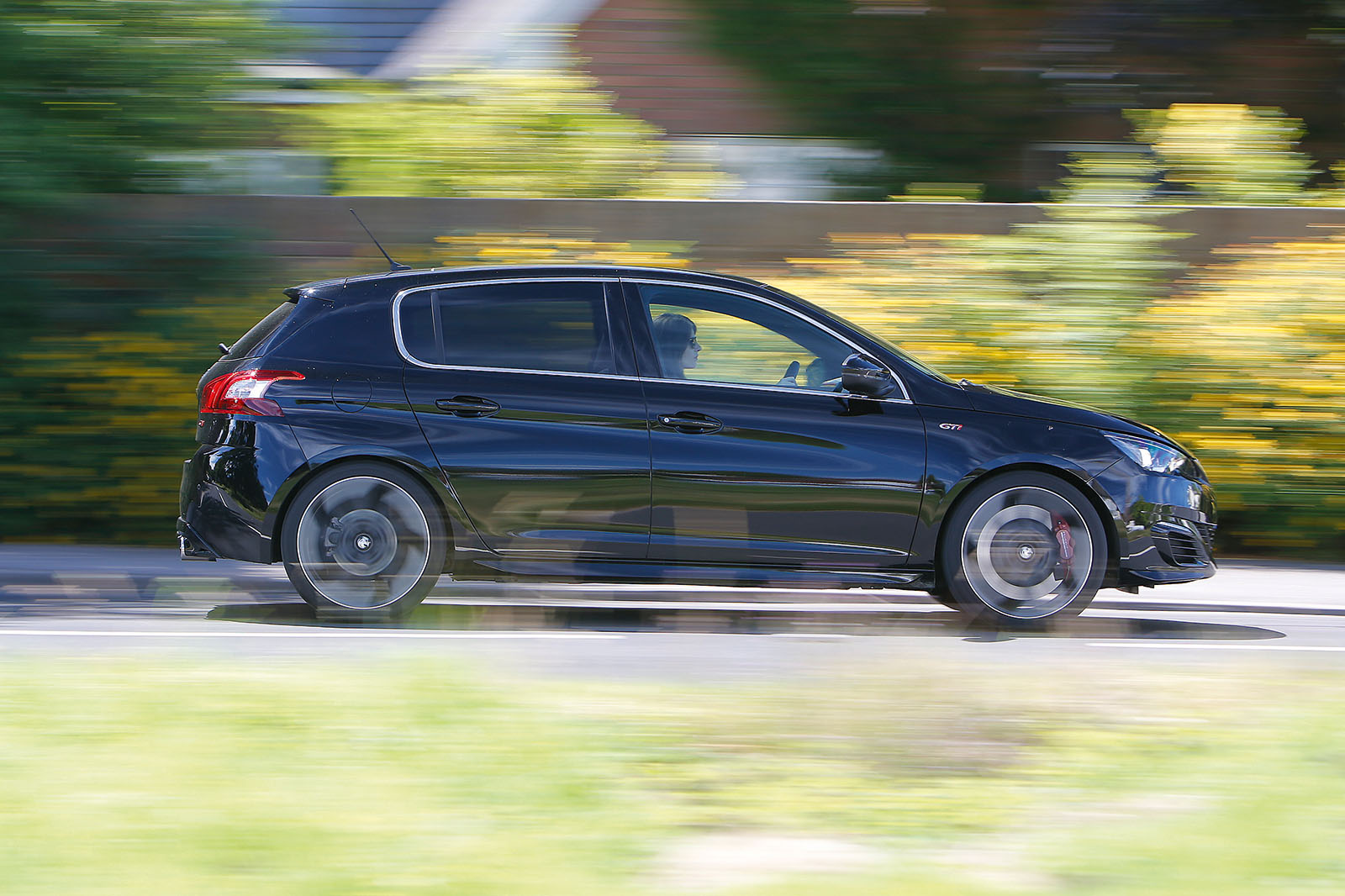 One thing everyone agreed on was how excellent the 266bhp version of Peugeot’s turbocharged 1.6-litre engine is. While many rivals use 2.0-litre engines, the upshot of Peugeot’s downsizing is that the 308 GTi has better fuel economy and lower emissions. The official combined figure is 47.1mpg; our time with the car gave us an average of 34.2mpg, a drop of almost 30%. Economy aside (quite frankly, it’s never the key reason for buying a hot hatch), the GTi’s engine didn’t want for performance, feeling nippier than you’d expect. By way of comparison, its nearest equivalents, the Volkswagen Golf GTI Clubsport 40 produces 261bhp and the Ford Focus ST makes do with 247bhp.

It’s the same engine that’s used in the now-defunct RCZ R coupé, but retuned to provide a broader torque curve. The benefits are clear, the GTi 270 delivering ample power throughout the rev range with consistency and enthusiasm.

Creating more debate among Autocar staff was the steering, and specifically the reduced-diameter steering wheel. Described by Peugeot as “compact” and providing “natural grip and flawless precision”, it’s a divisive feature, to say the least. I quickly adapted to the wheel’s size, having driven a number of Peugeots since the feature’s introduction, and hardly noticed the difference over a typical wheel, but there were some strong aversions to it in the office. “I just can’t get on with that stupid wheel,” said one colleague. 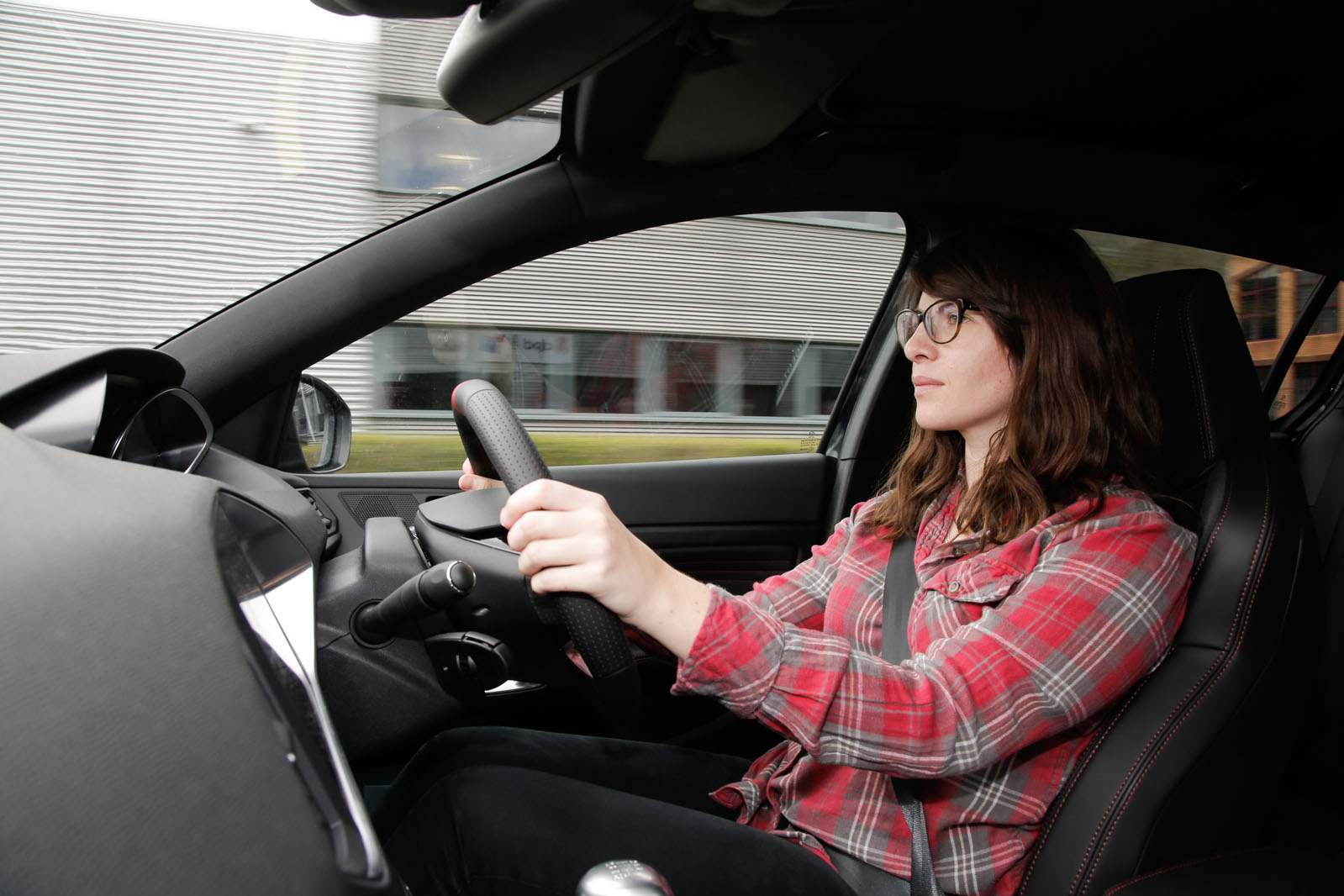 The steering itself is also a little hit and miss and the most obvious area where Peugeot could improve the GTi’s offering. There’s little feedback, and while the weighting is good for medium-speed driving, it becomes over-assisted at motorway speeds.

Living in the London suburbs means the 308’s ride was regularly tested over many an unforgiving speed bump, but it fared well. Despite the 19in alloy wheels and Michelin Pilot Super Sport tyres, the 308 GTi proved largely stable and supple. As an aside, those alloys and high London kerbs don’t mix.

Out on the open road or on track (as we did on one occasion at Anglesey), the GTi’s handling wasn’t quite as rapier-like in its responses as that of a Focus ST or a Renault Mégane RS, but it had a grown-up feel that made it an easy, fast companion.

That maturity continued inside, with a minimalist, calming interior. I was rarely restless on long journeys thanks to comfortable seats, and I like the staid black finish. But the absence of buttons on the dashboard means you have to deal with the glitchy infotainment system, which has a small but highly irritating delay in reacting to inputs on its 9.7in touchscreen. Moving around the system isn’t as intuitive as it is in, say, a Volkswagen Group equivalent. Still, the second-gen system, which has arrived in the new 3008, has been praised for addressing these issues.

My other grumble is the driving position. However I adjusted it, I just couldn’t get on with it. To have my seat and steering wheel in a comfortable position, I had to crane my neck to see the instrument panel. And it wasn’t just me; the only person in the office who seemed unfazed by it was our editorial director Jim Holder, who really is very tall. 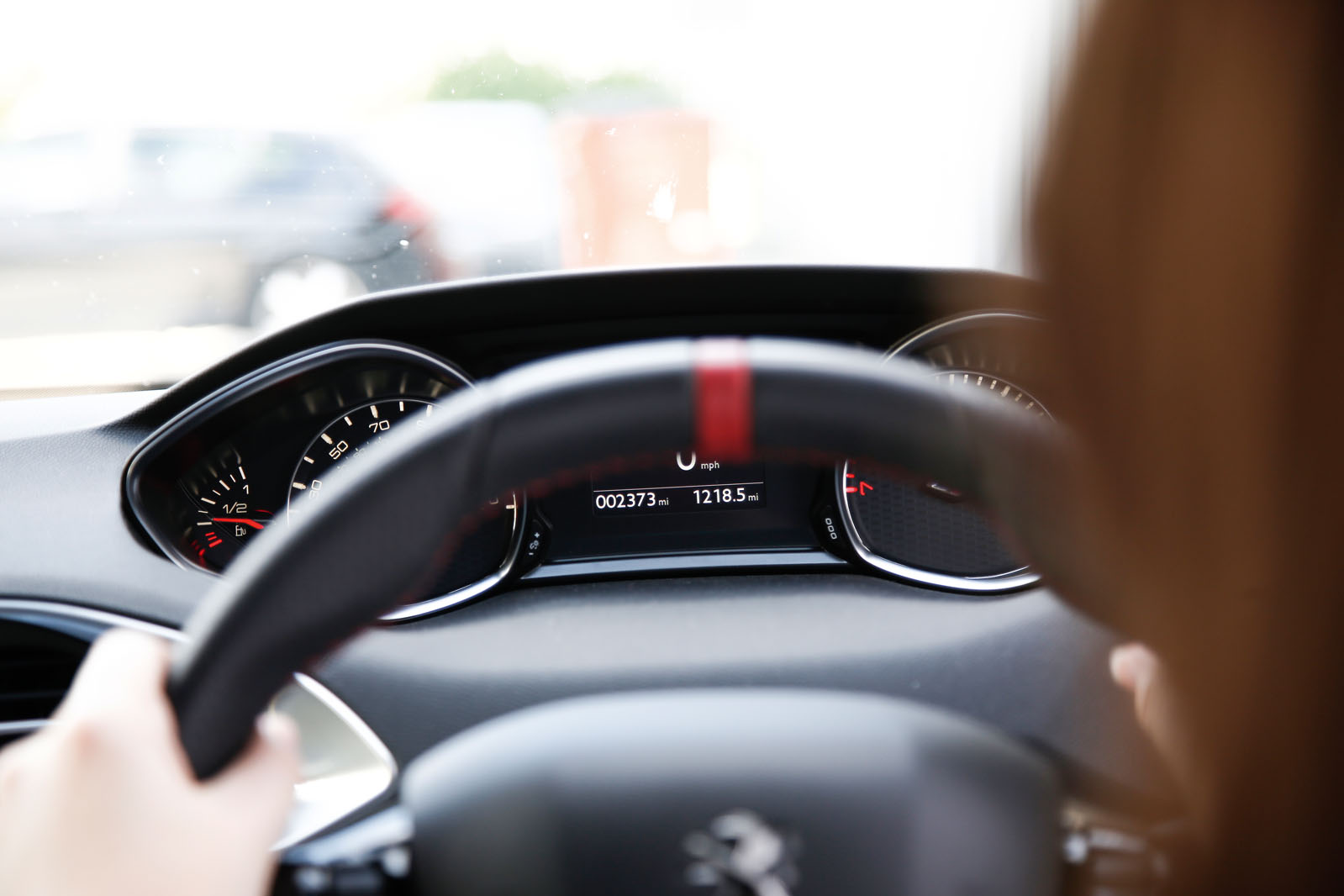 At least the cabin had ample space. Two 6ft-tall friends could sit one behind the other without getting cramp, although they did note a shortage of head room in the back. Front and rear access was good, too, particularly for putting in and taking out a child seat and the associated niece. The cavernous boot proved as practical as it gets in this class, too, beating both the Golf and Focus for size by some margin, with a 470-litre capacity versus 380 and 316 litres for the Golf and Focus respectively.

Other quirks and quibbles? I liked the massage seat functions. I liked the Sport button, a nice addition that tweaks throttle mapping and adds a synthesised exhaust note. I didn’t like that plastic was coming off the floor mats within the first six months.

So would I choose one again? No. It doesn’t quite cut it for me as the hot hatch of choice. But I did enjoy every minute with this well-rounded car. What it lacks in grin-inducing zest, it makes up for with speedy, practical and understated motoring.

Something not quite right isn't there.

That's very encouraging from a Peugeot. I bet my parents, who have just handed back their fourth courtesy car in exchange for their still-faulty Golf (duff stop/'start') would be jealous. Nice car the 308. They always catch my eye on the road.
Spanner 5 June 2017

Hmm, you've got me thinking

That's very encouraging from a Peugeot. I bet my parents, who have just handed back their fourth courtesy car in exchange for their still-faulty Golf (duff stop/'start') would be jealous. Nice car the 308. They always catch my eye on the road.

My golf is 7 months old, and it has steadfastly refused to go wrong. Should I take it back to the dealer, as it must be a "bad 'un/ Friday job", where they put it together properly? Or do you think there is still time for me?

I have probably angered the gods of motoring now and will spend tomorrow in the piddling rain at the side of the motorway cursing my arrogance :) if I do, I'll let you know!

That does not add up. What one of the following is true?

Am I missing something?