BACK TO ALL NEWS
Currently reading: Volvo to downsize saloon and estate offering in SUV-led EV push
UP NEXT
Exclusive: Bugatti to launch hybrid Chiron successor in 2027

Volvo will increase its line-up of SUVs while cutting back on traditional saloons and estates as it shifts to a full electric line-up by 2030, according to boss Håkan Samuelsson.

The Swedish firm has grown massively in recent years through the success of its Volvo XC40, Volvo XC60 and Volvo XC90 SUVs, which now account for around three-quarters of its sales. The firm’s first EV was the XC40 Recharge P8, and it has now unveiled the closely related C40 Recharge crossover.

Volvo has committed to expanding its range as it switches to a fully electric line-up.

When asked whether Volvo could offer more coupé-style crossover models using the C prefix in the future, Samuelsson said: “I don’t know if we will call them C versions, but cars that are more streamlined but are still high is something we can expect, because being streamlined is more important with electric cars, but people really are fond of high seating positions. They will not be so square in the future but with softer rooflines.”

Samuelsson noted that electric SUVs offer packaging benefits over electric versions of saloons but said that customer demand is the key driving factor. 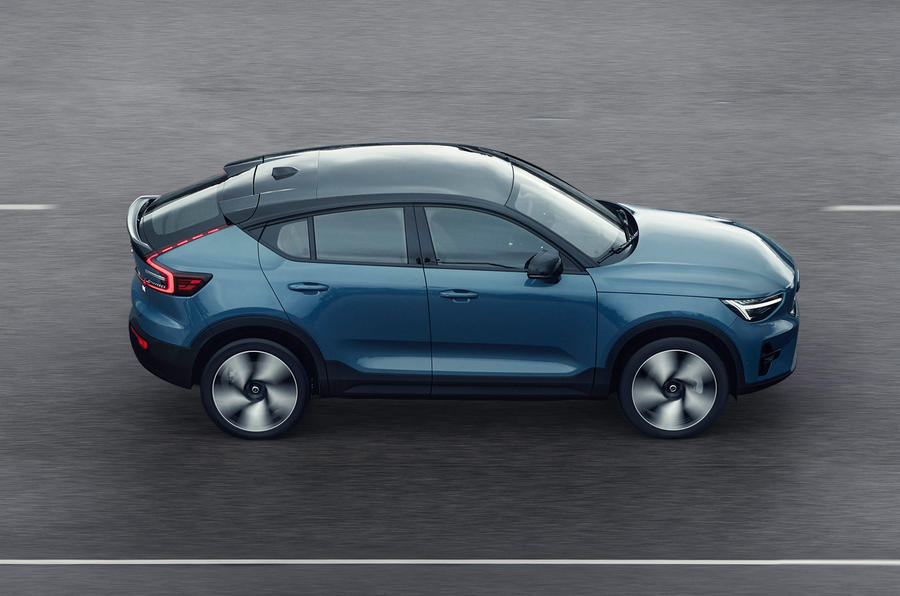 “Traditionally, we have had sedans [saloons], wagons [estates] and SUVs,” he said. “Now we sell around 75% SUVs, which means we need more SUVs. We now have the C40 Recharge, and we’re planning a smaller SUV below the 40-series.

“We need less variants of sedans and wagons; we have lots of wagons today, with the V60, V90, Cross Country, non-Cross County, and a lot of saloons big and small, long and extra-long. We need to move from wagons and sedans; we will still have them in future, but probably not as many.

"We need more SUV types of higher electric vehicles. That’s the way of working right now and what we have in our development pipeline.”

Volvo is developing a compact SUV, which could take the XC20 or C20 name, on parent firm Geely’s new SEA architecture, and is working on an electric version of the next-generation XC90. A graphic produced by the firm suggested that it would offer seven electric models by 2025, by which stage it's aiming for half of its sales to be of EVs.

While the early focus of Volvo’s EV switch will be on SUVs, Samuelsson said the firm won't abandon saloons and estates completely, hinting that they will be “developed and streamlined”.

He said: “A practical, lower car could also be really interesting, especially as we go electric and need lower air resistance. Definitely don’t count out the wagon.”