BACK TO ALL NEWS
Currently reading: Volvo XC40 Recharge P8: orders open for electric SUV
UP NEXT
Eurocell chooses Netherlands over UK for first battery factory

Initial deliveries of the compact SUV, which will be available exclusively in R-Dynamic trim, are expected to begin in early 2021.

Prices start from £53,155, which means it will not be eligible for the UK plug-in car grant following changes made in the government's budget in March.

The new policy excludes all cars costing more than £50,000 from the grant. They no longer incur the premium rate tax, meaning drivers will save £320 per year for five years after the initial year of registration, but that still leaves buyers £1900 worse off than under the old system.

The new EV will join the petrol and plug-in hybrid variants of the XC40 and becomes the first of five fully electric models that Volvo will launch in the next five years. The firm is aiming for EVs to account for half its global sales by 2025, with the rest featuring a hybrid powertrain. Those five electric cars, along with plug-in hybrid models, will carry the new Recharge branding.

Volvo has also outlined plans to reduce its lifecycle carbon footprint per vehicle by 40% by 2025, as part of a long-term goal to become climate-neutral by 2040.

The four-wheel-drive XC40 P8 Recharge features two 201bhp electric motors, one mounted on each axle, that combine to offer 402bhp and 487lb ft of torque. That enables it to achieve 0-62mph in 4.9sec and a governed top speed of 112mph. 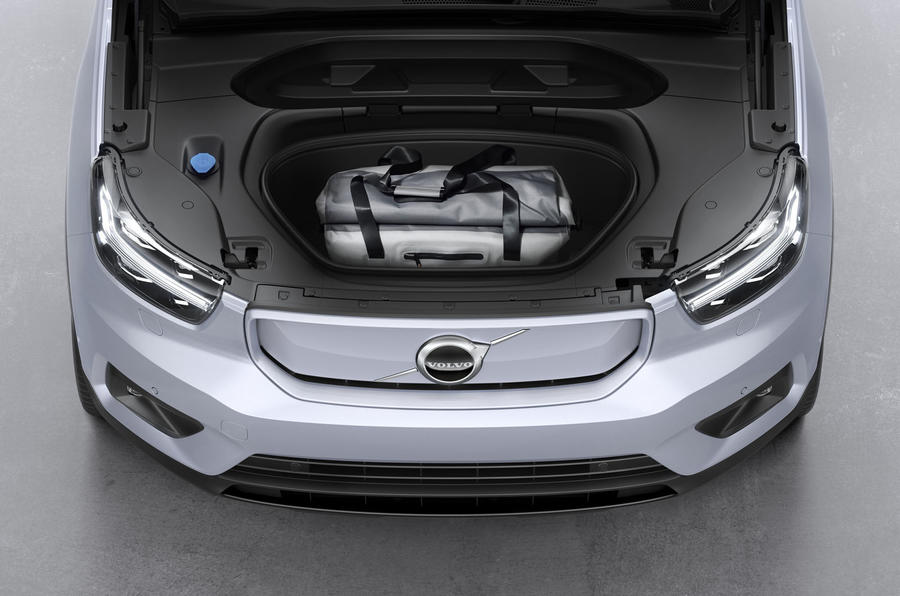 Power is drawn from a 78kWh underfloor battery, with Volvo citing a WLTP-certified range of more than 248 miles. Charging is available through an 11kW AC charger or a 150kW DC fast-charger, which the firm says can deliver an 80% charge in 40 minutes.

The vehicle largely retains the exterior and interior styling of the conventional Volvo XC40, albeit with the addition of a new sealed fascia in place of the traditional radiator grille for the combustion engine. The model also gets Recharge branding and other minor design tweaks, while the charging port is located on the rear pillar of the car in the same place as a traditional petrol cap.

Built on the same Compact Modular Architecture (CMA) platform as the regular XC40, the Recharge version retains largely the same dimensions with a length of 4425mm and a width of 2034mm. Because of the underfloor batteries, the XC40 Recharge has a slightly reduced ground clearance of 175mm, compared with 211mm on the regular model.

The XC40 Recharge offers 413 litres of luggage capacity, which is less than the 460 litres of the regular model, although due to the space saved by the absence of a combustion engine, it gains a 31-litre ‘frunk’ storage area underneath the bonnet. The machine weighs a minimum of 2150kg, compared with 1497kg for the combustion-engined version.

The XC40 Recharge is also the first Volvo to feature a new infotainment system powered by the Google Android operating system. That system features Volvo On Call, the firm’s digital platform. 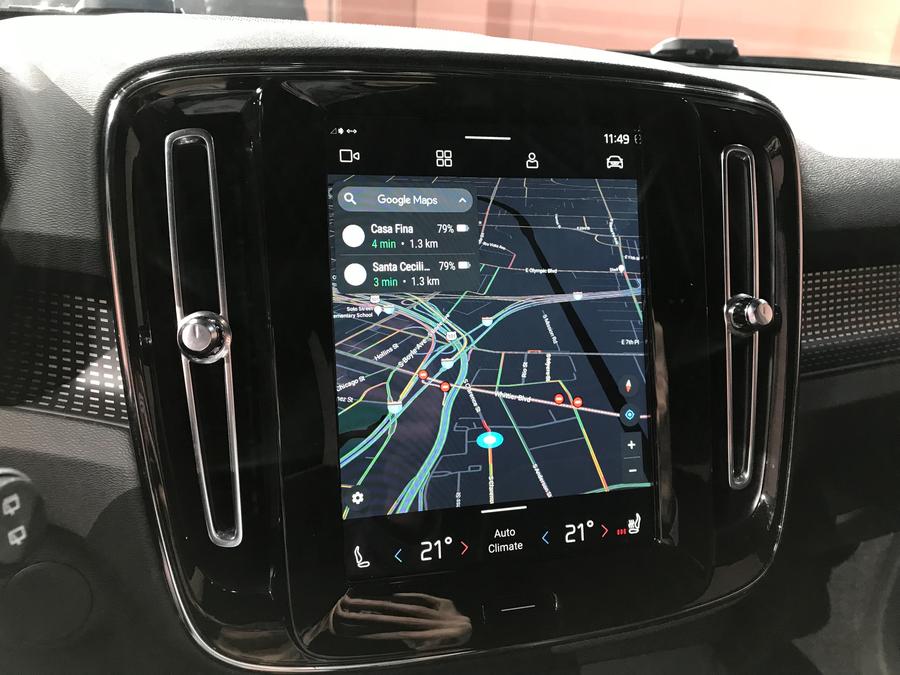 The initial price of the XC40 Recharge is similar to that of the closely related Polestar 2, the first purely electric model from Volvo’s spin-off performance brand. That model, which features the same electric powertrain - and identical power, torque output and range - costs £49,900 in its initial Launch Edition. Planned base models are likely to cost around £34,500.

To accompany the launch of the XC40 Recharge, Volvo is also revamping its sales process. From early next year, customers visiting its website will be asked first if they want an electrified car, and a range of financial incentives designed to encourage efficient electric driving will also be offered.

With Volvo aiming for plug-in hybrids to account for a fifth of its total sales next year, the firm is planning to triple production capacity for its electrified models, including the XC40 Recharge. It will also offer a new Designer’s Choice selection for Recharge models, which, it says, will feature “radically reduced delivery times”.

Think you are mixing up in the comparison electric motor output with battery kwh.

Dear RKanaga,
Thank you for you informed insight into electric vehicles.
All to often there are posters more interested trolling than writing a compelling read.
I look forward to your next piece.
View all comments (20)