BACK TO ALL NEWS
Currently reading: Volkswagen ID 3 delays continue as software problems pile up
UP NEXT
Rodin FZero: V10 weapon aims to be world's fastest car

Volkswagen is facing an uphill battle to launch its ID 3 electric hatchback this summer as the struggle to resolve its substantial software problems continues.

German newspaper Süddeutsche Zeitung claims that examples of the crucial EV had been rolling out of the factory in Zwickau before production was halted due to the coronavirus, but that these cars are effectively 'dead', meaning they don't have the necessary software to run or be used.

Volkswagen is hoping to introduce a basic version of the ID 3's operating system (OS) into these cars once it has been finished, the newspaper reports. However, the software project is described internally as an "absolute disaster", with the company failing to employ the software experts needed to fix the wide-ranging issues. 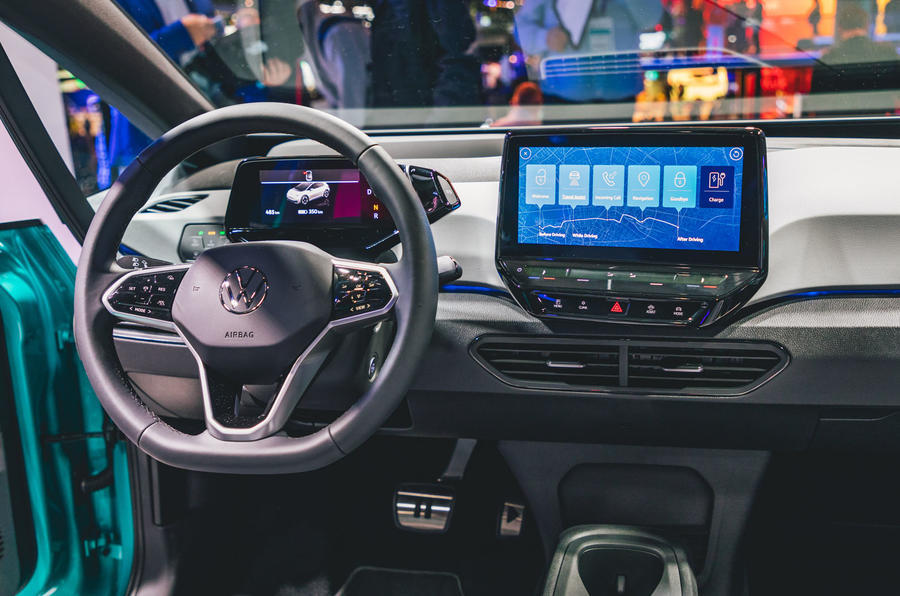 Volkswagen has a desire to sell 100,000 EVs globally (with the ID 3 making up a substantial portion of that number) by the end of this year. This is also vital to ensure the reduction in fines from the European Union due to fleet average CO2 emissions.

CEO Herbert Diess has been defiant, stating at last week's annual press conference his intent to deliver the ID 3 over the summer as his core project, but the likelihood of that target being hit is up for debate.

One source cited by Süddeutsche Zeitung is a Volkswagen Group insider, who claims the cars that are being prepped for the summer aren't actually series-production models.

The increasing difficulty in developing software has lead Volkswagen, the newspaper reports, to discuss with the board of directors of Mercedes-Benz parent company Daimler the idea of merging resources to create a OS for both firms' electric models.

However, when the news emerged, it seemed BMW was also in discussions with Daimler on the same issue. Despite the three brands jointly owning the Here mapping and location data consortium, it's claimed that a joint OS deal could break competition laws.

Volkswagen ID 3: vital EV revealed with up to 341 miles of range

I guess this shows the importance of....

...being one of the first to do something as complicated as building an EV, or playing catch up with the early adopters. Yes, EV's may be simpler and easier to build, due to having fewer moving parts. As we can see here, its the Software that's not so simple, complicated even! Not only has Tesla had 10 to 15 years to get the basics of that software to where it is today. Yet even small incremental updates over those years, can be big hurtles for a company that is attempting to replicate all that Tesla's software can do and handle from scratch, in just two to three years! Then to make it all work seamlessly like the customer expects and do as well as and/or better then the competition can be a large order to filled.

Are these German media

Logically is hard to understand how a company that can successfully produce high end AWD EVs such as the Porsche Taycan and Audi E-tron can struggle with the software required for a relatively basic small RWD EV.

As far as I am aware the ID3 does not currently feature infotainment, autonomous driving aids or online update capabilities that are more sophisticated than the Taycan or E-tron.

One would have thought that a simplified version of the Taycan/ E-tron software would suffice for the backbone of the ID3 software.

In any case even if they initially planned for some very fancy software VW could launch the car with a software package similar to that which is on the E-golf. Once the bugs are sorted with the more sophisticated software it could be loaded onto the hardware platform per usual practice with most electronic devices.

IMHO it would be surprising if VW substantially delayed the release of the ID3 on these grounds.

I have a fix

Stop the rear wheels from turning and that'll solve it.