BACK TO ALL NEWS
Currently reading: Vauxhall Corsa GSi priced from £18,995
UP NEXT
New Lamborghini Countach: epic UK road trip in reborn icon

Vauxhall has confirmed that the upcoming Vauxhall Corsa GSi costs from £18,995, making it £1050 more expensive than the comparable Ford Fiesta ST-Line with 138bhp.

The sporty Corsa, which is available to order now and due in showrooms in September, has a 10bhp advantage, using the same 1.4-litre turbocharged petrol engine as the Corsa White and Black Editions to offer 148bhp and 162lb ft of torque.

Like the models with which it shares its engine, the Corsa GSi reaches 62mph in 8.9sec, making it a tenth quicker to the mark than the Fiesta ST-Line. Top speed is 128mph — 3mph up on its rival.

Following the recently launched Insignia GSi, which revived the classic GSi name, the new Corsa borrows key chassis hardware and geometry from the Corsa VXR, the car it will indirectly replace. 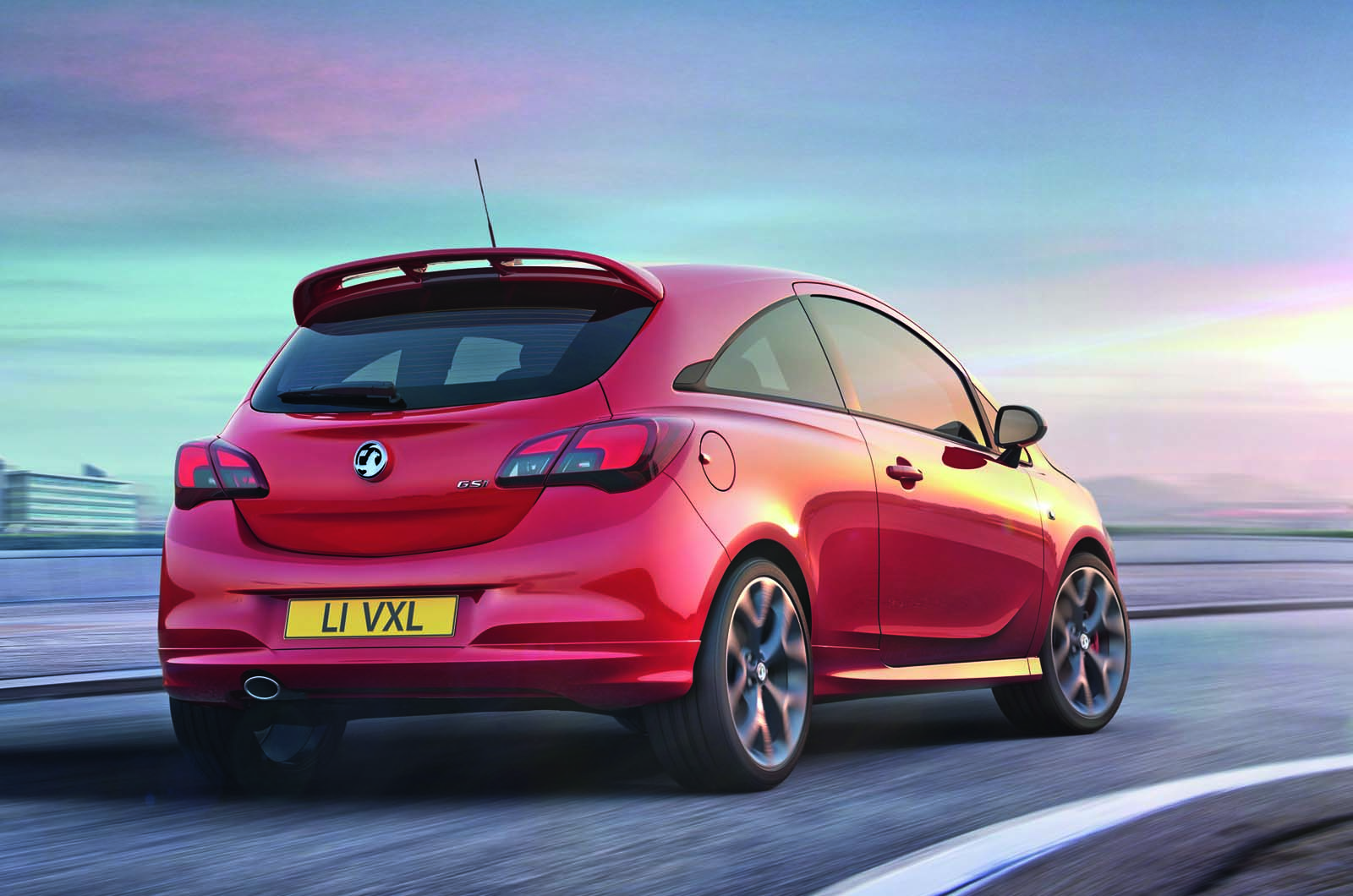 The set-up incorporates the VXR variant’s firmer springs, dampers and uprated brakes. There are also lightweight 18in wheels on 215/40/R18 tyres available as part of the GSi Plus Pack, which costs £1900 and also brings Recaro sports seats and bi-xenon headlights with cornering lights.

To be sold exclusively in three-door form, the Corsa GSi also has larger air intakes, a honeycomb grille and side skirts taken from the Corsa VXR. There is also a rear spoiler that generates more downforce.

As standard, the interior features a 7.0in screen for the infotainment system, which comes with Apple CarPlay and Android Auto.

The Corsa VXR is being discontinued as part of Vauxhall's plans to push GSi as its main — albeit more subtle — performance arm.

Yep, it does, it’s sooo boring to look at, Seat, VW Polo and even Skoda have moved the game on, Vauxhall can’t go on trading on a has been.....

I'm assuming that this Corsa GSi shares its 148bhp 1.4 turbo engine with the Astra, yet the bigger Astra is quicker (albeit fractionally) from 0-62. Have Vauxhall put some concrete in the Corsa's boot?

I'm assuming that this Corsa GSi shares its 148bhp 1.4 turbo engine with the Astra, yet the bigger Astra is quicker (albeit fractionally) from 0-62. Have Vauxhall put some concrete in the Corsa's boot?

Nah, just feathered the throttle to keep the insurance rates low. This will be the fastest thing around your local ring road.

It's most likely the shorter....

Marc I could do a better job than GM has done since the late 90's!  Still in hope of PSA getting V/O to a better place!