BACK TO ALL NEWS
Currently reading: 2019 Vauxhall Corsa prototype: first drive
UP NEXT
Tesla to expand select UK Superchargers to other electric vehicles

An elite team has created the new Corsa from scratch under new French owners to a scarily tight timetable. So what’s it like to drive?
Open gallery
Close

Somewhere there’s a parallel universe in which the new Vauxhall Corsa is already on sale, based on General Motors hardware, and GM Europe’s engineers are getting some sleep.

It’s a universe where PSA – already owner of Peugeot, Citroën and DS – thinks GM is getting the best out of Opel and Vauxhall, its European brands, which return a profit once every decade and a half. And it’s a universe where GM Europe thinks that kind of return is fine, too.

In reality, though, in 2017, PSA thought Vauxhall and Opel could do better, so wanted to buy the two brands. GM clearly thought they couldn’t, so was happy to sell. Which gave PSA two options: finish developing the Corsa and pay GM a licence fee to continue using the hardware underneath it. Or chuck the whole lot out and start again from scratch. It chose the latter.

Two years on, then, here’s the new Corsa, still wearing its development togs, because its engineers are shoulders deep in a massively shortened development cycle, using PSA’s Compact Modular Platform (CMP) architecture as a basis. 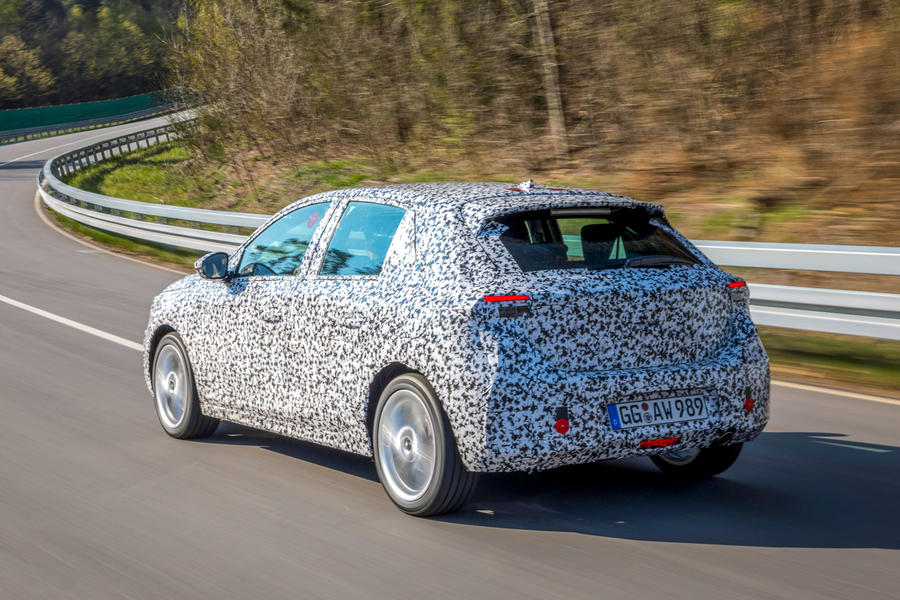 The old Corsa was cancelled at the end of 2016 and work on this car started in earnest at the start of 2017 – before PSA’s takeover was announced but when the management knew it was coming.

The finished car will be in showrooms before the end of the year, which means it has been less than three years from conception to cars arriving in dealerships.

It’s the short timescale that has proved “the biggest challenge” in developing this new supermini, according to Jose Luis Perez-Freije, the Corsa’s programme engineering manager. There are no carry-over components between GM Corsa and PSA Corsa, although “there were similarities in wheelbase and height and hip point”, says Perez-Freije, “which was quite lucky”.

Opel was already chasing a longer wheelbase, lower roofline and lower driving position for the new car, so even the exterior design concept suited the proportions of the CMP platform, and have been mostly left intact. Even so, Perez-Freije admits that development cars are only as close to production ready as they are now by using “the most experienced people” at Opel’s Rüsselsheim HQ, where the car is being hurriedly engineered.

When the Corsa goes on sale at the end of the year, it will be the third car to arrive on the CMP platform, following the DS 3 Crossback, which we’ve already driven, and the Peugeot 208, which we haven’t.

The critical numbers will see the Corsa grow by around 40mm in length, to 4.06m, although with a 28mm-longer wheelbase and some 50mm taken out of the front overhang. It’s lower, too, by nearly 50mm, which is “important for reducing drag”, says Perez-Freije, and a lower driver’s hip point means head room is marginally improved.

But the biggest claimed improvement is in weight. Thanks to a body-in-white some 40kg lighter than before, engines averaging a 15kg reduction and ancillary weight cuts elsewhere, the lightest Corsa will weigh just 980kg, engineers tell us. All new Corsas will have a lower CO2 rating New 2019 than the most frugal current Corsa. 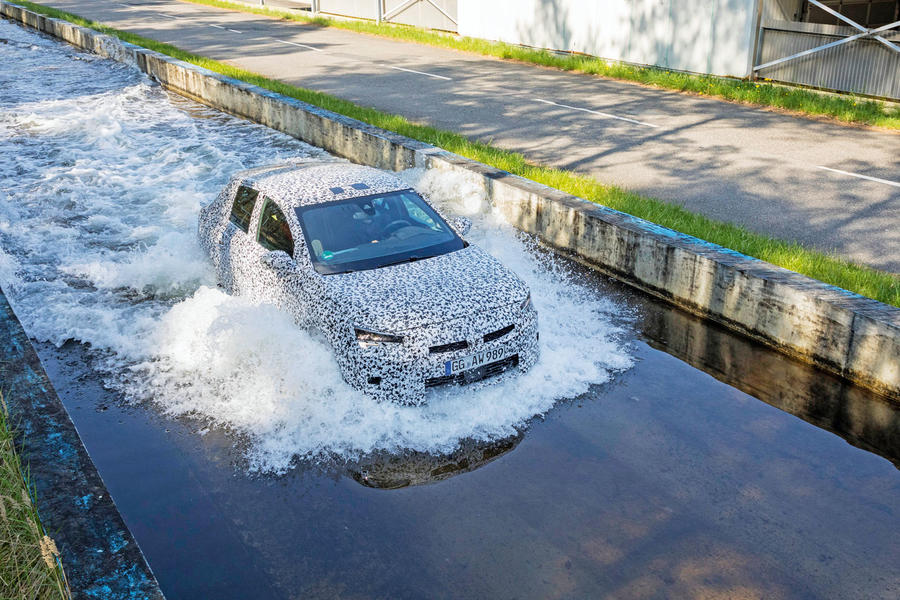 As with other CMP cars, there will be petrol, diesel and battery-electric (BEV) options. A 1.2-litre three-cylinder petrol offers between 75bhp and 128bhp, with a 99bhp 1.5-litre diesel at launch and the BEV following shortly afterwards.

The development Corsas you see here are 1.2 turbo petrols: one developing 99bhp and driving through a six-speed manual; the other, which won’t be coming to the UK, 128bhp via an eight-speed auto. They’re under heavy disguise, even to the point that their rear doors are hidden and can’t be opened and their interiors are bagged over.

They were built in January this year, as the second of four preproduction build phases. They’ve recently been used for ride and handling development and have just come off of the back of a validation drive where senior management have tried the cars.

Thomas Wanke, global lead development engineer, reckons the ride and handling are 80% complete, but the team has been small. After initial development work, between January and late last month, just three dynamicists – one damper and two steering specialists – have been on the roads of southern France fine-tuning the chassis. There will be three chassis tunes, to fit differing weights of powertrains, but the idea is that you and I can’t tell the difference between them.

Assessing the chassis is chiefly what this test is for, given how far from finished things like the interior are. Peek beneath the carpets and you’ll note lots of unfinished plastics, but also, ergonomically, good news in that although the infotainment system is PSA-sourced, there are separate, rotary controls for things like the heating and ventilation. Vauxhall-Opel has retained a large degree of engineering autonomy, and inside it shows. 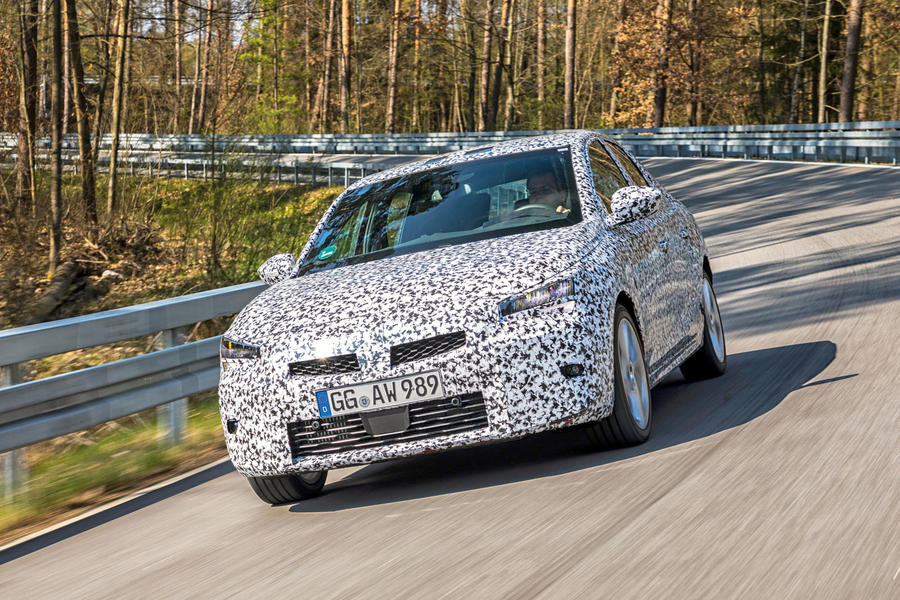 That’s true of the car’s dynamic make-up, too: the Corsa doesn’t feel like a PSA supermini to drive. Elements of what I have experienced in the 3 Crossback are here: I seem to sit right where the B-pillars are, and rear accommodation, when I scooch into the back seats from the front, isn’t that generous. But the Corsa drives really nicely, and distinctly from a typical PSA product.

Wanke talks about making sure the Corsa is stable at autobahn speeds – frequently a key difference between German-engineered cars and those from other countries – but he knows that steering response is something we care about in the UK. He also knows we have a unique set of roads, so the Corsa is scheduled to undergo fine-tuning in Britain before its launch.

Already, though, it has a well-balanced ride and handling set-up. There’s a weight difference between the manual and automatic 1.2s we try and, curiously, it’s the automatic’s chassis that feels more settled, more sophisticated. 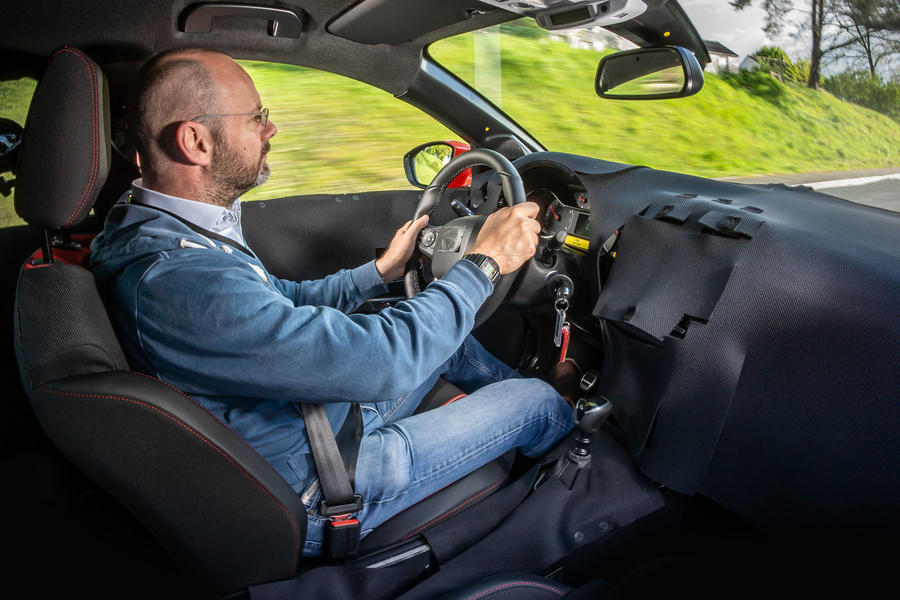 But in either form, it’s respectably agile and well controlled, while the tuning is such that firm edges are knocked comfortably aside. Riding on 17in wheels with 205/45 Michelin Pilot Sport tyres, these Corsas are on the biggest of the wheel sizes (15-17in) the car will get.

The steering’s relatively light, but accurate, and there are a few key distinctions between different cars. Wanke likes the more direct, responsive set-up over another car’s, which has more friction. I agree, but neither feels quite as natural in response, to me, as, say, a Ford Fiesta’s steering, but it’s engaging enough. Already, the ride and handling and steering could trouble the top cars in the class.

Away from the chassis, the engines are strong and responsive and the new eight-speed gearbox, with standard flappy paddles, is smooth. The manual shift is slick, too, especially compared with PSA’s typical shifts. The clutch is still too light and vague, but the shift itself is less gritty and obstinate than it is in most Peugeots or Citroëns. PSA identifies centres of competence for key engineering areas and it’s no surprise that PSA’s manual transmission specialists are now Rüsselsheim’s.

So the team is small and the timescale has been short. Sometimes, though, that’s no bad thing. I’m quite fond of the idea of letting specialists get on with what they know best, and getting fewer committees involved. There are a lot of questions still unanswered, but the evidence we have seen is good. 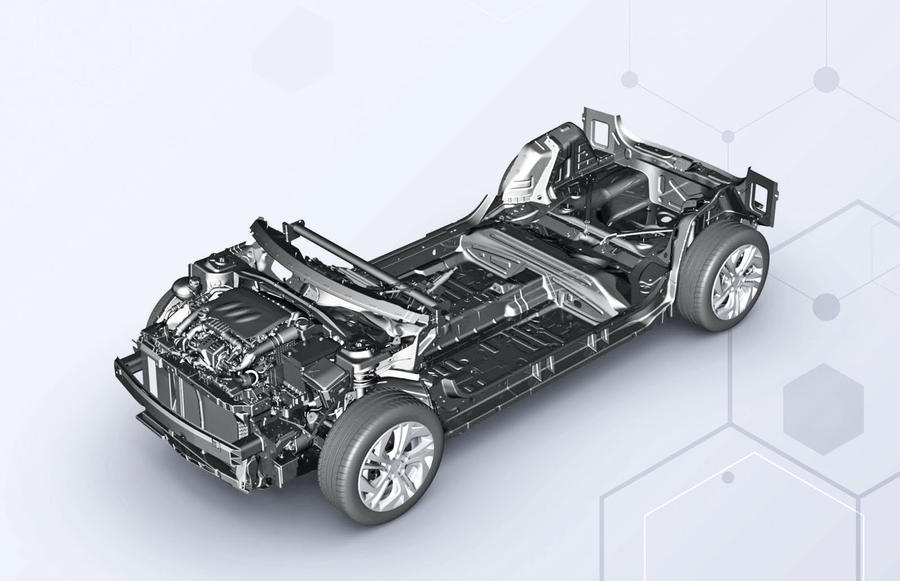 Although the Corsa is based on PSA’s Compact Modular Platform (CMP), Opel engineers still think there’s a good degree of autonomy about how they can develop the car. CMP itself can offer up three wheelbases, two track widths and three rear axle assemblies and cope with 605-670mm wheel and tyre circumferences.

“Each brand of PSA can use different models to get the DNA of their brand into the car,” says Opel’s Thomas Wanke, confirming that the engineering has been done by Opel in Germany, for “continuity in Rüsselsheim engineering”, with the ultimate intent for the Corsa’s feel to be ‘German, exciting, emotional’. Production will be in Zaragoza, Spain, as per the current Corsa, which, even as late as last year, accounted for 23% of all Vauxhall-Opel sales.

The Vauxhall-Opel integration into PSA doesn’t stop at platform sharing. Although it hasn’t yet been officially confirmed, Autocar believes the Opel component factory in Kaiserslautern, western Germany, not so far from the French border, will become an EV battery factory for the PSA group.

Vauxhall not ready to kill off VXR just yet​

...the fact that most people prefer a rotary steering controller would tell them something.

Bigger is better for manufacturers

Customers and motoring magazines generally respond favorably to more room and it makes it easier to justify price rises. And no doubt the "testing" doesn't involve parking or driving on narrow country roads.

At least the weight hasn't gone up!

So another small car that has

So another small car that has ballooned, then?  So the Adam is the new (old) Corsa.  Looking at the size of the parking spaces in GP surgeries, supermarkets and general car parks, manufacturers should be shrinking their cars, surely?

So another small car that has ballooned, then?  So the Adam is the new (old) Corsa.  Looking at the size of the parking spaces in GP surgeries, supermarkets and general car parks, manufacturers should be shrinking their cars, surely?

Have your groceries delivered and stop pestering the bloody doctor with your imaginary ailments.