BACK TO ALL NEWS
Currently reading: Vanwall name revived for recreation of 1958 Formula 1 car
UP NEXT
Eurocell chooses Netherlands over UK for first battery factory

Vanwall, the first British Formula 1 team to win its home grand prix and the World Constructors’ championship, is being brought back to life — first through the production of six 1958-spec continuation cars and eventually with “a vehicle for the 2020s”.

The project is the brainchild of marketing entrepreneur and former offshore powerboat world champion Iain Sanderson, whose Vanwall Group has owned the name since buying it from Mahle in 2012.

The continuation cars will be built in Lincolnshire by the highly respected race engineering firm Hall & Hall, which has a long track record of such projects, as well as a deep working knowledge of original Vanwall cars through connections with the late Tom Wheatcroft’s Donington Collection.

Sanderson says he already has customers for two of the cars, the engineering and building of which will start now – exactly 62 years since Vanwall clinched its Constructors’ Championship title with a Sir Stirling Moss victory in the Moroccan Grand Prix.

The first continuation car is expected to be delivered within 18 months. 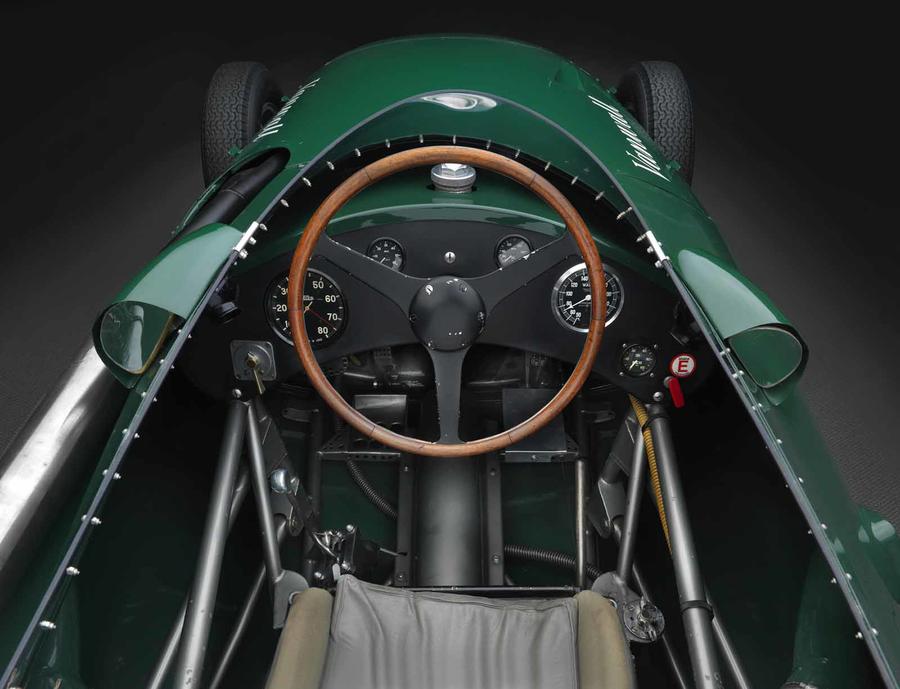 The cars will all follow the 1958 Vanwall specification in every detail using original blueprints, be “fully race-eligible” and cost £1.65 million excluding VAT. The cars will use a faithfully recreated 270bhp 2.5-litre four-cylinder engine, just like the originals.

Sanderson admits he also has the wider ambition of launching a Vanwall road car, but he says the project will take shape only after the company concludes a study to see how the marque’s unique heritage and innovation can “translate to an appropriate vehicle for the 2020s”. Original Vanwall cars had a chassis by Lotus founder Colin Chapman and pioneering race car aerodynamicist Frank Costin.

Sanderson already has a track record of creating advanced road cars, having unveiled the Lightning GT electric supercar at the 2008 London motor show.

“Vanwall has a unique place in our racing history,” says Sanderson. “It was built specifically to beat what founder Tony Vandervell always referred to as ‘the red cars’, and its success showed the British how to win.

"Before Vanwall, we were always first of the losers. After Vanwall, we became perennial winners.”

How to fix Formula One, according to Autocar

As a small boy, it was my favourite racing car.