New images show the Mountiaq pick-up concept that Skoda will showcase in June as part of a student training programme.

The two-door Skoda Kodiaq-based off-roader has been developed by 35 students aged between 17 and 20 from the Skoda Vocational School for Mechanical Engineering, based at the Czech firm’s Mladá Boleslav base.

It will be the sixth vehicle developed as part of an annual Skoda Student Concept Car project, and there is no production intent for the machine. 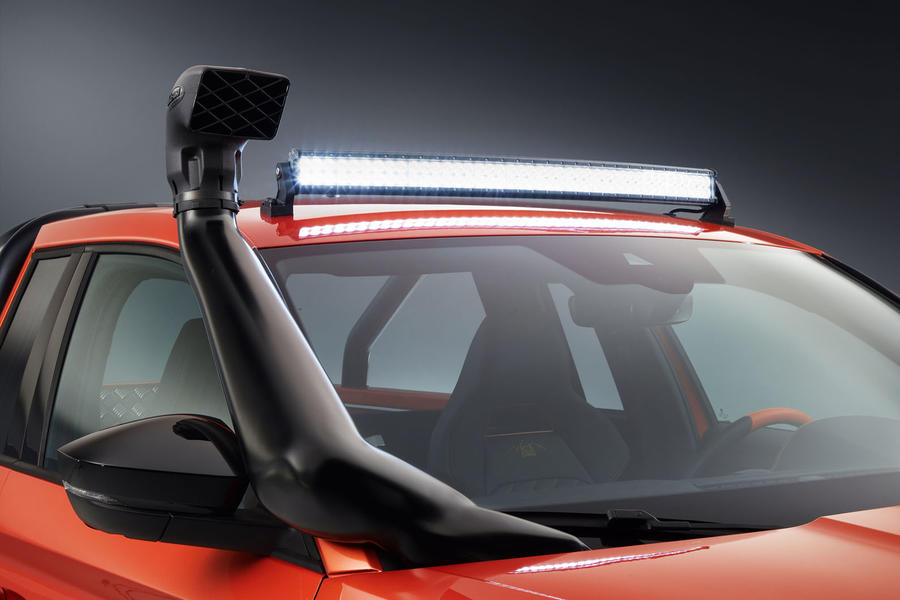 The students were given the Kodiaq SUV as a starting point for the project, but have reworked it extensively over the course of 2000 hours. Preview images show a heavy redesign from the Kodiaq, and that the SUV’s cabin will be shortened to end behind the front seats, with the rear reshaped to incorporate a small, illuminated pick-up bed and fully functioning tailgate.

The concept also features off-road-inspired styling elements such as 17in wheels, an air intake snorkel, roof-mounted light-bar, winch and bullbar. A 10cm suspension lift and chunky deep-tread tyres hint at the model’s performance potential off the Tarmac.

Inside, features unique to the Mountiaq include a pair of walkie-talkies, an integrated refrigerator and an illuminated rendering of the brand’s logo incorporated into the headlining. 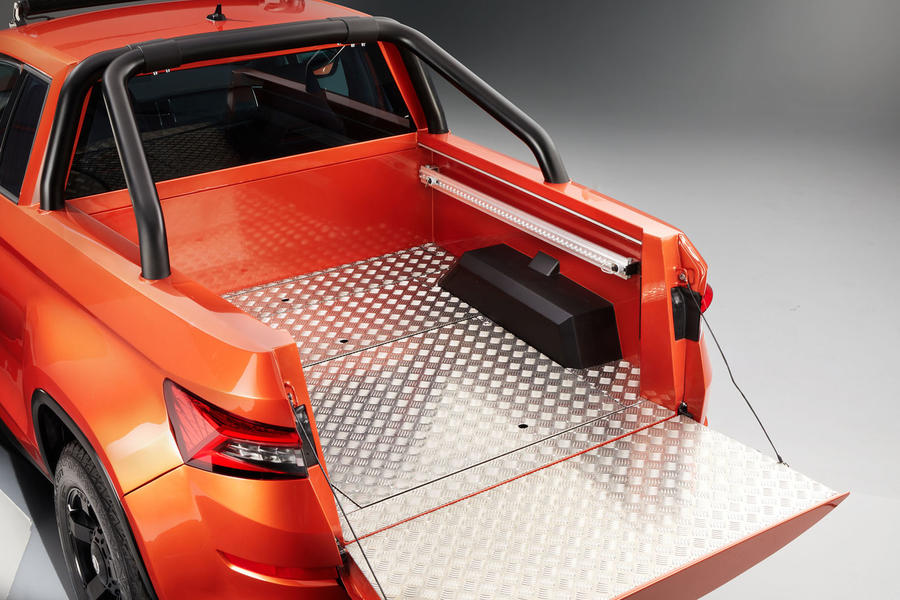 The Mountiaq is powered by a 2.0-litre turbocharged petrol engine producing 187bhp.

Skoda chief designer Oliver Stefani helped guide the students in the early stages of the project.

Skoda has offered vocational training courses at its factory for more than 90 years, and introduced the concept car projects as a way of showcasing the skills students can learn.

Previous projects include a Skoda Citigo-based Citijet, a Skoda Fabia pick-up, a coupé reworking of the Skoda Rapid Spaceback, an electric Citigo concept and a Skoda Karoq-based convertible called the Sunroq.

It reminds me of the Evoque convertible, especially in that colour.

Best feature?  That windscreen washer  bottle combined cap and funnel, which must make topping up so much easier  Genius! Is it a standard Skoda feature?

Honestly, a great looking concept, and I love the use of dead space under the bed floor (no idea hpw actual practical it is?).

But, please can all manufacturers take note of that water filler cap?!?!?!?!?!