BACK TO ALL NEWS
Currently reading: Rolls-Royce Ghost gets Black Badge treatment
UP NEXT
First drive: 2022 BMW XM prototype

A more powerful and more individual version of the luxury saloon introduced last year, the Ghost Black Badge is, like other Black Badge models, is aimed at bringing younger buyers into the Rolls-Royce brand.

It uses a 29bhp more powerful version of the standard Rolls Royce Ghost’s twin-turbocharged 6.75-litre V12 engine, boosted to 592bhp. Torque is increased by 37lb ft to a maximum of 664lb ft, all of which is available from just 1700rpm.

The all-wheel-drive Ghost Black Badge adds a new ‘Low’ driving mode, which sharpens up numerous driving functions, including gearshifts from the eight-speed automatic gearbox that are made 50% quicker and a tweaked exhaust note. 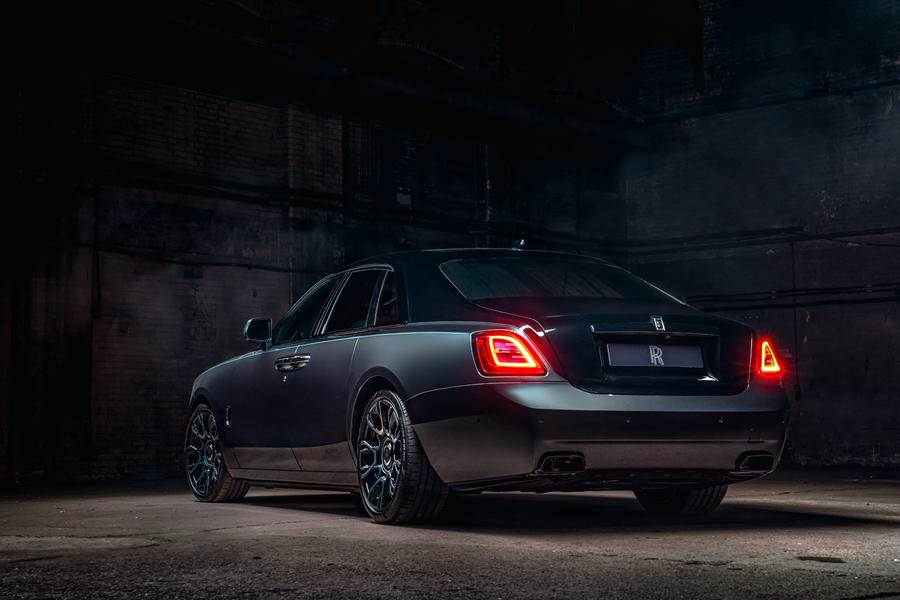 Other dynamic tweaks over the donor car include more voluminous air springs that are designed to reduce body roll under hard cornering, a bespoke throttle map, revised tuning for the all-wheel drive and four-wheel steering systems, and the raising of the brake pedal’s biting point while reducing its travel, although the standard braking system has been retained from the Ghost despite the increase in power.

Inside, there are black wood veneers and technical fabrics and a more ‘subdued’ tone for the interior brightwork, alongside a bespoke, minimalist interior clock that’s flanked by a new design for the Ghost’s LED illuminated fascia. 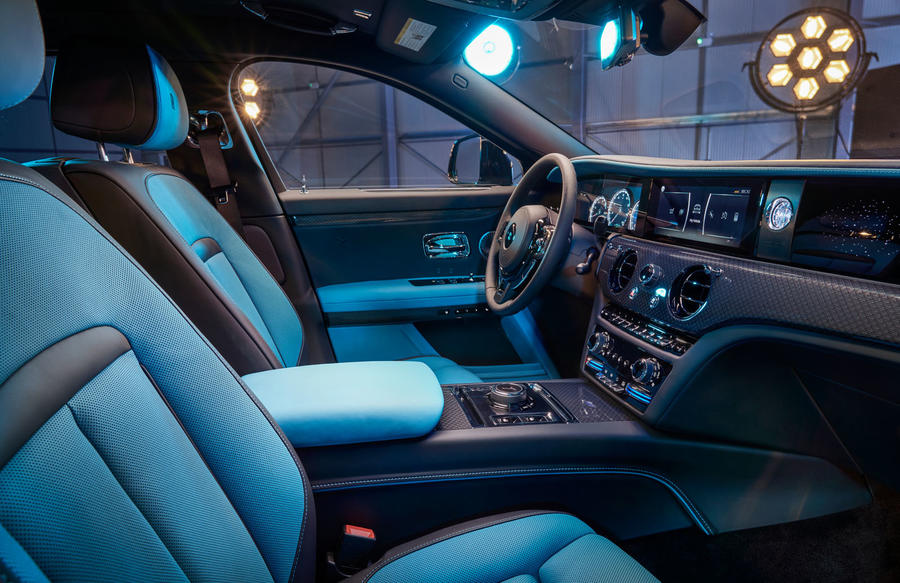 Such is their popularity that Black Badge models account for up 40% of all Rolls-Royces sold, far greater than the 15% that Rolls originally envisaged when it was first introduced on the Wraith in 2016.

The Ghost Black Badge is available to order now priced from £325,000.

Log in or register to post comments
Andrew1 28 October 2021
"to appeal to younger customers"
I've always felt this, Rolls and Range Rover are for old farts. Now I know.
Overdrive 28 October 2021

Great looking car, till, you open the Door, that combo of Color's is a bit....odd shall we say?

Just Saying 28 October 2021
... Shall you say Peter!
I expect the Black to do very well.
Looks great inside and out in my eyes.