BACK TO ALL NEWS
Currently reading: Rolls-Royce Cullinan gains off-road conversion from German tuner
UP NEXT
Lotus Emira vs Porsche 718 Cayman

Upgrades by Delta 4x4 offer enhanced off-road ability for a total cost of £150,000 - minus the car
Open gallery
Close

An off-roader tuner has revealed a modified Rolls-Royce Cullinan for taking on rough terrains, featuring a selection of parts costing a total of €150,000 (£126,213).

The customised Cullinan, which was brought to life by Germany company Delta 4x4, features raised suspension, a roof tent and off-road tyres designed for snow, mud and sand.

There are no fewer than ten PIAA headlights equipped, six of them mounted to the front bar and four fitted above the windscreen.

The tent has been fitted to the Cullinan’s €8000 (£6731) roof rack, which Delta 4x4 claims is also able to hold sand sheets, water canisters, boxes and shovels. 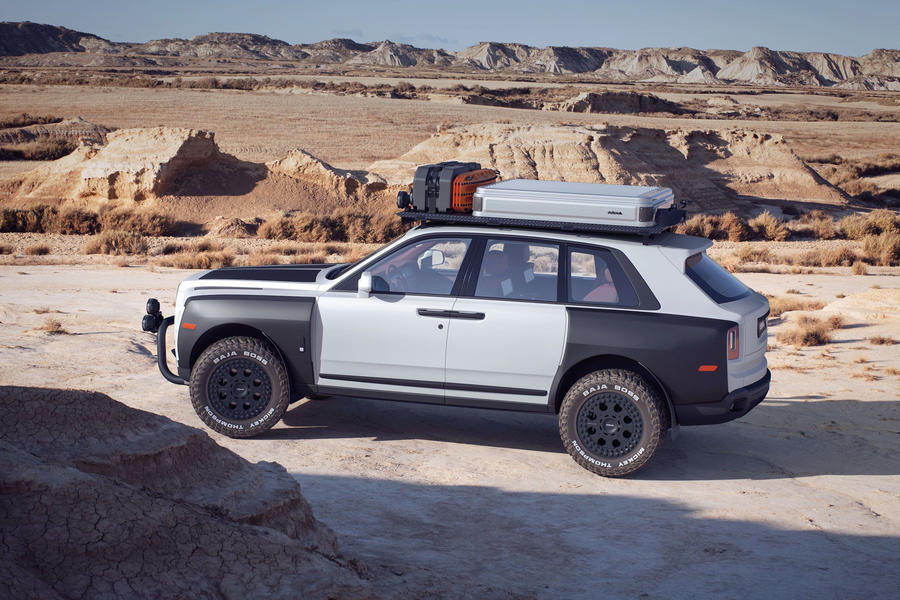 Thanks to a €15,000 lift kit, the Cullinan’s ground clearance is increased by at least 80mm. Due also to the bigger tyres, it sits at around 150mm higher than standard.

Also included is a snorkel system mated to a new exhaust, which Delta 4x4 says will be homologated for Europe.

The upgraded exhaust is suitable for “deep-water passage” as well as heavy-duty underbody protection.

Performance for the off-roader hasn't been disclosed, but the car retains Rolls-Royce's 591bhp 6.75-litre V12 engine, which usually takes the Cullinan from 0-62mph in 4.9sec.

Including the price of a new Cullinan, the total cost for the off-roader is around £456,000.

Other creations by the firm include a specialised Jeep Wrangler Rubicon, a Mercedes-Benz G-Class, an off-road Porsche 911 Carrera 4S and adapted Ford Ranger and Volkswagen Amarok pick-up trucks.

Nothing more to say.

Anton motorhead 8 April 2022
This must be for when you have so much money that buying this car is just barely the preferable alternative to flushing half a million in the toilet.
View all comments (6)