Headed by Phil Abbott, a co-founder of Radical Sportscars, the fledgling manufacturer intends to bring LMP (Le Mans Prototype) technology and safety standards to a wider racing audience. The Revolution is expected to go on sale soon with a sub-£100,000 price tag, and be eligible for a number of race championships next year.

The two-seater features a carbonfibre tub, manufactured in Germany using an efficient and safe carbon infusion process, and weighs 750kg. That's 75kg more than was originaly claimed, but the weight gain is offset by an increase in the car's quoted power output since it was first announced.

It is powered by a 350bhp dry-sump 3.7-litre V6, sourced from Ford, that is said to offer “proven reliability”.  The company promises the engine will be able to do more than 6000 miles, or 100 hours of racing, between rebuilds. 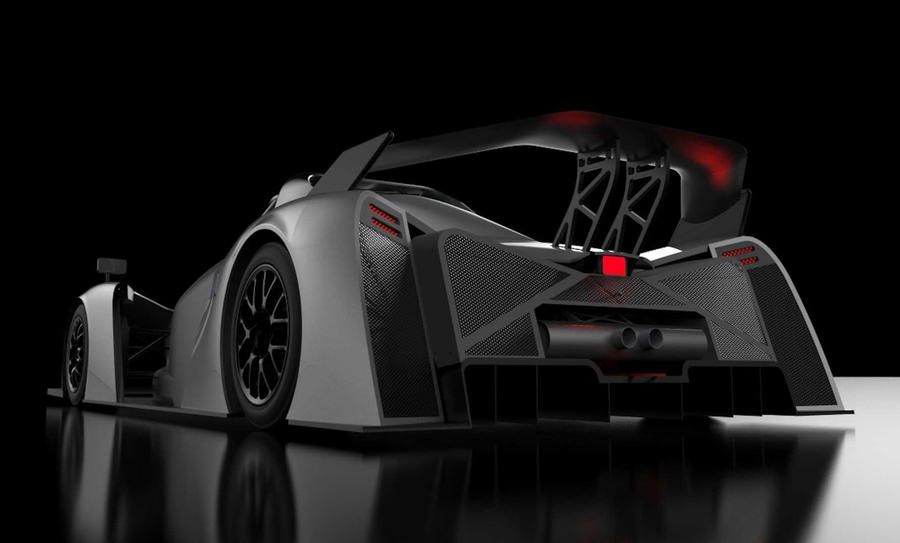 The newly increased output (up from 300bhp) gives the Revolution a power-to-weight ratio of 468bhp per tonne, which is slightly more than the latest Ford GT.

The finished bodywork has a clear focus on aerodynamics allowing it to “produce more downforce than anything else in its price bracket”, according to the firm.

No images of the interior have been released, but it’s described as having Formula 1-style controls, with everything operated via switches on the steering wheel. “Class-leading” elbow room allows it to be operated safely with two adults on board.

The Revolution is the brainchild of Abbott. He drafted in Brit Simon Cox, a former Infiniti and GM head of design, giving him creative licence for the car’s design. The two-seater is described as “an all-new track and race car conceived, designed, developed and built by racers for racers”.

Ford's V6 ecoboost, which I assume this is using, weights 205kg dry by itself.

I'm a bit surprised that a 3.7 litre V6  that isn't required to meet any road legal legislation is only producing 350BHP. Equally, I'm surprised that an engine with such a low specific output requires a rebuild every 6000 miles. There are a surprising number of road cars with warranties and emmisions equipment that top 120BHP per litre.

it's hard to tell, this article actually appears to be more informative than their website - but the website does talk of a race series for 2019, and sub-£100,000 price