BACK TO ALL NEWS
Currently reading: Revived De Tomaso brand to make debut at Goodwood 2019
UP NEXT
Polestar prioritises sporting character for new 3 SUV

De Tomaso, the Italian performance brand that’s been dormant since its founder died in 2003, is coming back.

The new owners of the brand’s name will celebrate its 60th anniversary by launching an all-new car at the Goodwood Festival of Speed in July.

Images of a disguised prototype posted on social media shows that the new model bears a striking resemblance to the Pantera, a mid-engined sports car powered by a Ford V8 and produced from 1971 to 1993. It looks low-slung and wedge-shaped, with similar angular lines to the original. The Project P codename suggests the brand is intending to use the Pantera title once more, though this has yet to be confirmed. 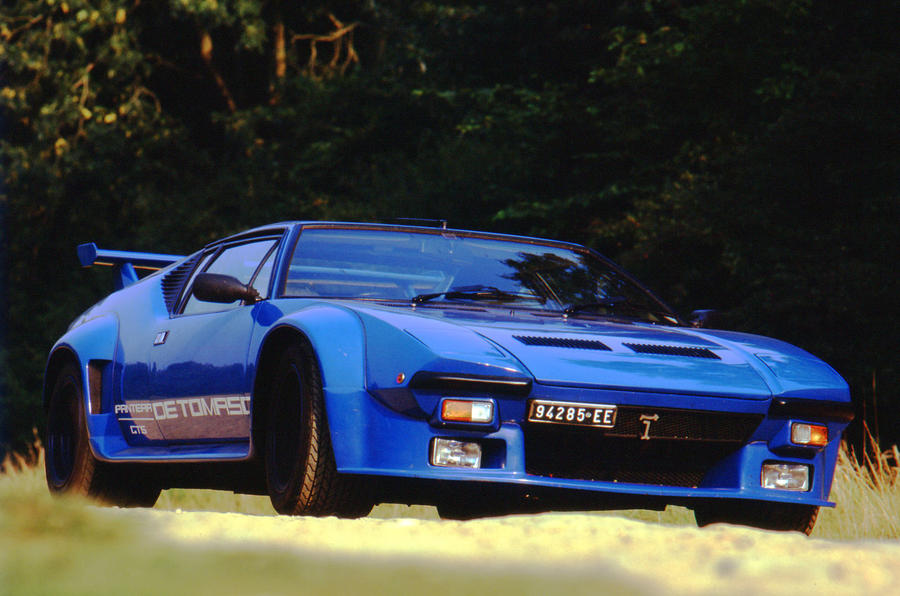 The relaunch of De Tomaso is being conducted by Ideal Team Venture, a Hong Kong-based company that brought defunct brand Gumpert back as Apollo. It bought the rights to the De Tomaso name in 2014 for just €1.05 million (£900,000). The Project P car is said to have been co-developed by the Apollo team and “world-renowned technical partners” that have yet to be named.

After moving to Italy to become a Formula 1 racing driver, Argentinian-born Alejandro De Tomaso founded his eponymous firm in 1959. The company’s long history includes developing F1 cars for Frank Williams and owning Maserati from 1975 to 1993.

New general manager Ryan Berris claims “Alejandro’s journey was never properly told and we feel his name should be commonly recognised among greats such as Enzo Ferrari and Ferruccio Lamborghini”.

The new venture isn’t the first time a De Tomaso revival has been attempted. Back in 2009, a former Fiat executive bought the naming rights and planned to put a range of cars – including an SUV, a luxury saloon and a coupé – into production by 2011. However, by the middle of 2012, the maker was in the process of liquidation, leaving 900 unpaid employees and a former Pininfarina factory to be rescued by a new buyer. Dramatically, the former chairman was then dragged into court and charged with misusing Italian public funds allocated for De Tomaso’s revival.

With a strong and simple

With a strong and simple engine - certainly a V8, and probably from a muscled Mustang, yes.  As long as it has a manual box, this could be great.  It alway was a deeply cool shape.

Making the reality as good as the dream?

In the 6th form at school I read an Autocar road-test of a Pantera GTS in that very shade of blue...and decided it was the coolest car in the world and I had to have one.  Of course, I never have bought one and if I did it'd probably be a terrible disappointment (it's a toss-up whether they fall apart or dissolve first!).   But imagine a modern Pantera with the same looks, a proper modern Ford V8 that makes all the right noises, but one that actually works and doesn't let you down.  Tempting, eh?

Same applies to most of other poster-cars of my youth (Countach, etc) - the stuff of teenage fantasies, but ultimately a bit crap as cars.

I'd like to propose that we call these back-from-the-dead "Zombiebrands". I'd suggest Whitewalkers but now my TV show has ended then a more traditional name has possibly greater longevity than the Lannister's? Top of minds Zombiebrands that will pop up and then 99% likely never happen are: