BACK TO ALL NEWS
Currently reading: Restomod specialist creates lightweight Porsche 911 993
UP NEXT
GSR2: The new rules making cars safer but more expensive

The Autoart 993R, first created as part of a bespoke order by Paul Stephens, is 150kg lighter than the original model
Open gallery
Close

Called the Autoart 993R, it combines an altered body of the standard, air-cooled 993 Carrera 2 – which was produced between 1994-1998 – with original Porsche 993RS kit, as well as the latest Porsche GT-derived components, and bespoke, lightweight parts.

This, the firm says, gives it the “rawness and charm of an air-cooled Porsche” but fitted with modern technology, lightweight engineering, which delivers enhanced performance, styling and driving experience over the original model, but with modern-day comfort.

The car, born from a bespoke Autoart customer brief but now “production-ready”, weighs in at 1220kg wet, 150kg lighter than when the 911 993 was first released. This has come from a drastic cutting of fat, which includes the deletion of the original sunroof, the steel bonnet replaced with a Porsche Motorsport aluminium version, bespoke front and rear bumpers, and lightweight racing glass fitted for the side and rear windows. 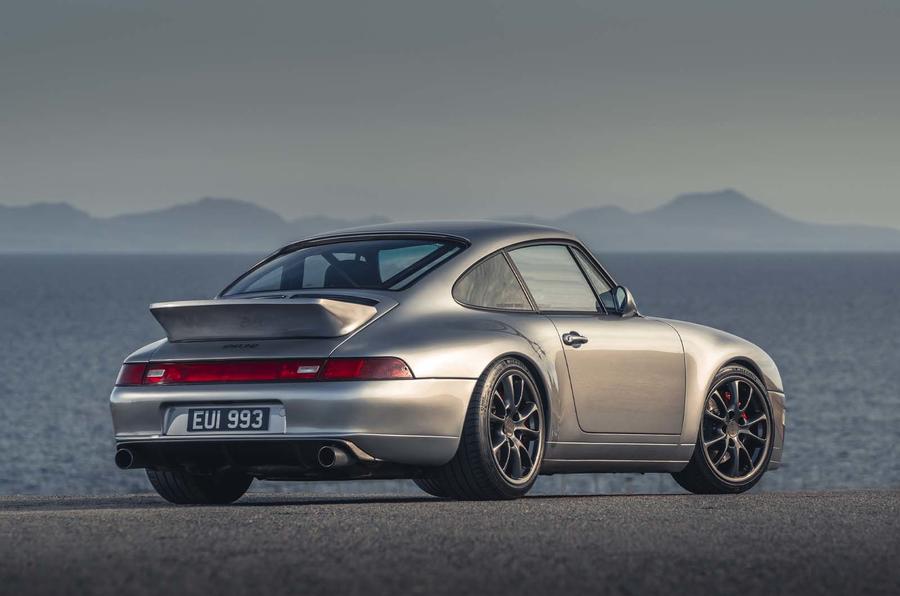 Under the bonnet, a 360bhp flat-six powerplant – based on the engine from a 993RS – is found, but with capacity increased to 3.8 litres from 3.6 litres. A cheaper 330bhp engine option is also available.

Both engines have been upgraded with a crankshaft from a Porsche 911 GT3 997, along with RSR pistons, and other parts from Porsche Motorsport. As expected, this power is sent to the rear wheels, with brakes coming from the 993RS.

Inside, the original interior has been given bespoke tweeks, which includes carbonfibre Recaro seats, integrated roll-cage, and all non-essential electronics deleted to reduce weight and improve engagement. 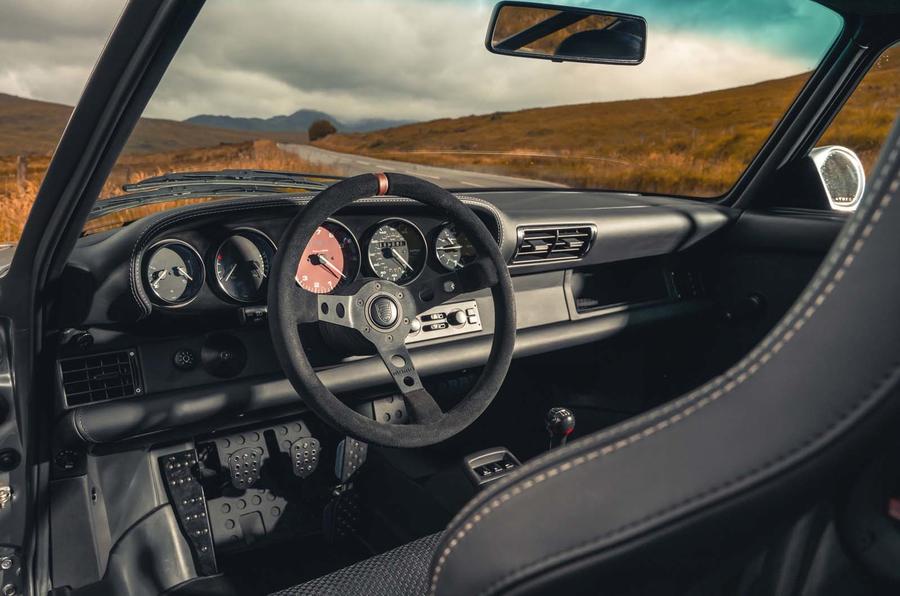 Firm owner Paul Stephens said: “The 993R [to me] really pushes our years of air-cooled experience to the limit, from the engine, suspension, lightweight panels, to the car’s bespoke minimalist interior.

“The 993R isn’t a swansong, but I wanted it to be the ‘best of’ Autoart, all meeting or bettering the customer’s brief.”

He added: “More than any Paul Stephens Autoart-converted Porsche 911 to-date, the new 993R project expresses our ‘less is more’ philosophy to include many subtle details that will go unnoticed to the casual observer, yet hopefully will be appreciated by the most ardent 911 aficionados, who understand our vision.”

The car is built to order, with pricing based on specific enquiries, but with near-mint condition original 993s selling for upwards of £100,000, expect a very hefty premium on that. No limit on production numbers has been made.

Log in or register to post comments
si73 2 August 2022
As stunning as this restomod looks, and undoubtedly goes, the original donor car is still stunning and goes fantastically with more than enough performance anyway, to my mind, but I can definitely see the allure of this if you had the donor and the means.
F6C 2 August 2022

Amazed this outfit keeps motoring on. The detail quality of the builds is so patchy. Even on these PR images you can see the front bumper they've made doesn't fit terribly well. It's this stuff is far from cheap. Who the hell is paying megabucks for these lashups?

One of the cleaner & better looking Porsche restomods - it would be interesting to see the price.