BACK TO ALL NEWS
Currently reading: Renault to expand EV line-up with multiple bodystyles
UP NEXT
Volkswagen ID Buzz to kick-start wave of enthusiast-oriented EVs

A full range of A, B and C-segment electric models by 2022 is brand’s objective, according to Renault EV sales boss
Close

Renault intends to launch new at least two new bodystyles of electric models before 2022 as part of its wide-reaching electrification plan, including expected crossover models.

During a presentation of the redesigned Renault Zoe, revealed officially tomorrow but already online thanks to an image leak, the brand’s EV sales and marketing boss Emmanuel Bouvier drew up a slide (below) pointing out two new electric models in the pipeline that have yet to be named and detailed.

When questioned about the models as part of a wider assault on the EV market, Bouvier claimed “our objective is to cover A, B and C segments, with multiple shapes of vehicles." That would likely include crossover variants in the two larger segments. 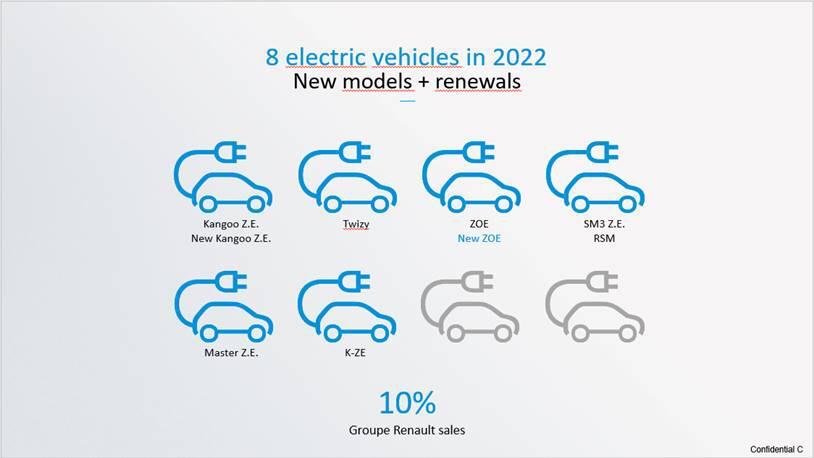 Bouvier also confirmed that the new models would be passenger cars, not commercial vehicles such as the Kangoo ZE. The firm already has the city focused Twizy, the Zoe supermini and, along with the Kangoo, an electric Master panel van.

Renault also produces an electric saloon, similar to the long-dead Fluence ZE, as part of a joint venture programme with Samsung in Korea. The City K-ZE is an affordable A-segment electric car that's targeted primarily at Asian markets but is also under consideration for Europe.

While it’s not yet clear which of the further bodystyles are Renault's biggest priority for electrification, B-segment (supermini-sized) crossovers are selling faster than just about any other category. The firm has a scaleable electric platform, dubbed CMF-EV, that could be used the make battery electric models of different sizes and price points.

Can you please ask EV manufacturers producing EVs for the UK to add a tow hitch.

I'm after a 230mile range EV with good ground clearance. Ideally a Jimney EV for use on my croft with a small trailer.

Check out what Rivian are doing