BACK TO ALL NEWS
Currently reading: New Renault Zoe EV styling leaked ahead of official reveal
UP NEXT
Fisker goes radical with Pear EV SUV

Renault's redesigned electric small car will launch by the summer, and will evolve the existing themes of today's model
Open gallery
Close

The exterior styling of the next-generation Renault Zoe has leaked ahead of its official debut.

The electric Renault  supermini, which is due to be revealed later this month, appeared on

The second-gen electric supermini will launch in a far more competitive market space than its predecessor, which means the model needs to step up to rivals. Van den Acker said: “Competition is coming hard and fast in 2020 so Zoe will have to fight for its place.”

Part of this overhaul will include a revamped interior, which is expected to take inspiration from the new Renault Clio. It will also offer sustainable materials. Van den Acker claims that such features "fit well with our philosophy that EVs should be more ecological.”

The new Zoe is expected to use a bespoke EV platform shared across the Renault-Nissan-Mitsubishi alliance. That's instead of sharing its platform with the current Nissan Leaf, which uses an adapted version of the original 2011 Leaf's platform.

The bespoke electric platform, which will be used for all forthcoming small to medium-sized EVs, will allow greater battery capacity for a range target of 250 miles under the new, more real-world WLTP testing regime. That's a match for the latest Renault Zoe R110's NEDC range claim, which is claimed to be around 190 miles in the real-world. 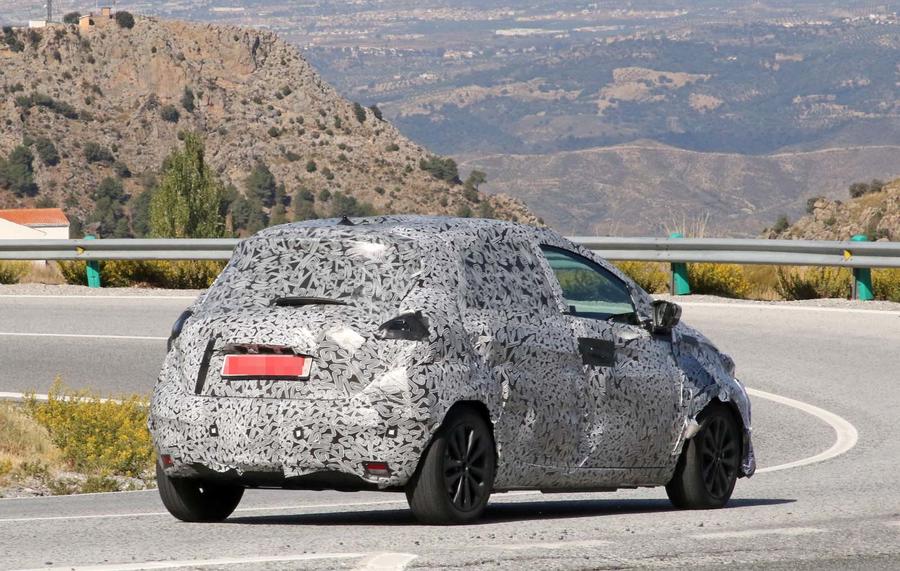 However, the new Zoe is unlikely to beat the 292 miles on WLTP that the Hyundai Kona Electric offers. Renault's European boss Jean-Christophe Kugler told Autocar: “The psychological tipping point is 300km. The range has never been a blocker for the Zoe and we think today’s fits people’s needs perfectly.”

The first spyshots to emerge of the new Zoe showed prototypes testing with the usual body camouflage. However, they clearly showed that the car's overall profile won't change dramatically, with detail changes including a front-end more in-line with the upcoming Clio, LED lighting and a curvier rear-end shape. The roof appears to have humps running the length of it, which is likely part of the car's disguise.

Pricing for the new Zoe is a long way off being announced, but it's likely Renault will try to keep at the same level to sustain its popularity as one of the most affordable EVs on the market. Multiple variants with differing power outputs, EV ranges and equipment levels could be offered, allowing Renault to keep at the car's current price point but upsell buyers to pricier variants.

Renault is yet to announced a second electric model, but van Den Acker confirmed its zero-emission plans will focus on dedicated electric models rather than variants of existing cars. “There are two approaches: you make a dedicated vehicle or derivative. We approach it more with dedicated platforms. We have economies of sale in the Alliance. A dedicated platform gives us more freedom especially in the interior."

"The next EVs will be a continuation of the Zoe. I can’t wait to show it.”

No more details have been confirmed, but Renault has previously said it will launch eight EVs by 2022, which includes the next Zoe.

All-new Renault Clio is firm's most advanced model yet

Surely it takes more than a substantial facelift to justify "second generation" status?  I don't see how current sales volumes are sufficient to make it worthwhile to invest in completely new platforms adding to the cost and further increasing the gap between regulat combustion models. That said, Nissan has been clever with its styling changes on the new Leaf, creating the impression of a completely new model. Perhaps renault has similar intentions.

Looks exactly the same as the previous Zoe.

It is only a facelifted version so that "Normal" ...

The improved bits are inside

Driving it from home in Stockport to office in Stoke on Trent and back daily, a round trip of 74 miles, the car needs to be recharged after 3 days or 222 miles to ensure the next trip has enough reserve to complete the journey.

It is generally charged at work where there are 8 charging points which the company makes peyment free to any employee with an electric car or plug in hybrid.