BACK TO ALL NEWS
Currently reading: Refreshed XC90 is first mild hybrid Volvo
UP NEXT
Entry-level SUVs on the way from Volvo and Polestar

Volvo has revealed the facelifted version of its XC90 family SUV, which becomes the first car to receive the company’s new mild hybrid powertrain.

The system, which uses kinetic energy recovery braking to assist the combustion engine, is claimed to deliver fuel efficiency savings and emissions reductions of as much as 15%.

Models featuring the technology will use a ‘B’ prefix, to separate them from the petrol, diesel and plug-in hybrid versions already available. B-badged cars can come with either a diesel or petrol engine, and Volvo expects these versions to become the most popular.

The mild hybrid versions of the XC90 that will be available initially are a B5 petrol or diesel and a B6 petrol. The powertrain will be gradually rolled out to other models, starting with the XC60. 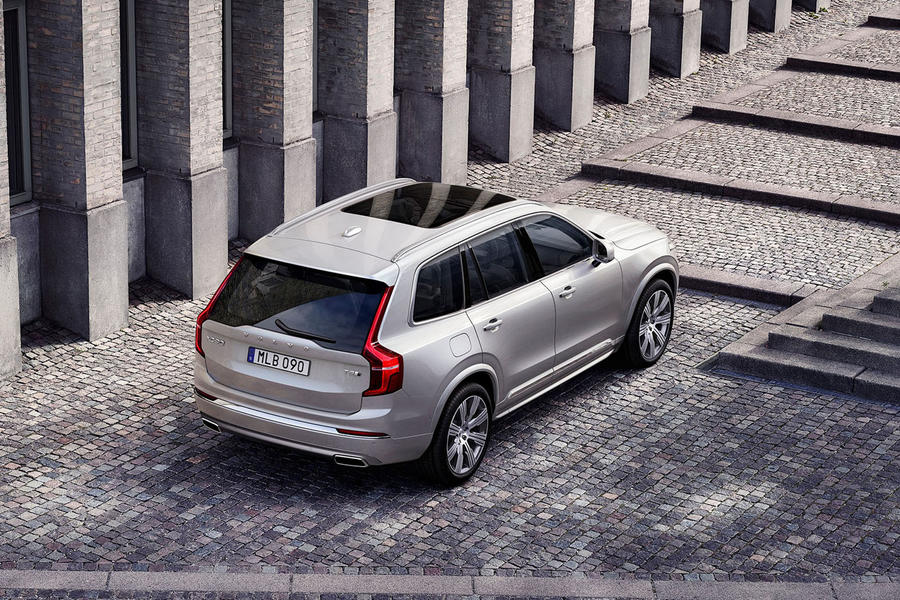 Only mild revisions have been made to the XC90's exterior styling for 2019. It gets a new-look front grille, additional paint choices and new alloy wheel designs.

Inside, it gains Android Auto smartphone mirroring for the first time, in addition to the Apple CarPlay functionality already present on the old car.

Volvo will begin taking orders for the refreshed XC90 later this month. It will arrive in British dealerships this summer, although pricing has yet to be confirmed.

All Volvo models to become electrified by 2019

Boring colour palette. They have just dropped the dark blue that I would have ordered.

As I’ve said I’m not a fan of SUV’s, but the XC90 at least looks different, has a bit of good design about it.

Android is the worlds most

Android is the worlds most pupular operating system, has been for years, and this car has only just got Android Auto ? WTF ?

Android is the worlds most pupular operating system, has been for years, and this car has only just got Android Auto ? WTF ?

Apple and Android mirroring was previously a cost option, I suspect it has now been made standard, just not explained correctly in the article.

I also think the new prexit will become confusing, perhaps it would have been better as a suffix, D5b for diesel and T5b for petrol etc..