Porsche will release a mid-cycle update for the Panamera saloon and Sport Turismo estate early next year, and now prototypes with barely any disguise are emerging.

Likely to be revealed before the year is out, the Mercedes AMG GT 4-door rival will receive subtle revisions to the exterior look, including an altered tail-light design with an LED strip linking both units. The changes will bring it into line with newer Porsche models, such as the Cayenne and 992-generation 911.

Also evident on the latest prototypes is a new front bumper and reprofiled grille - but more significant is the introduction of new sensor modules at both ends of the front bumper. These indicate an advancement in the model's semi-autonomous systems could be on the cards. 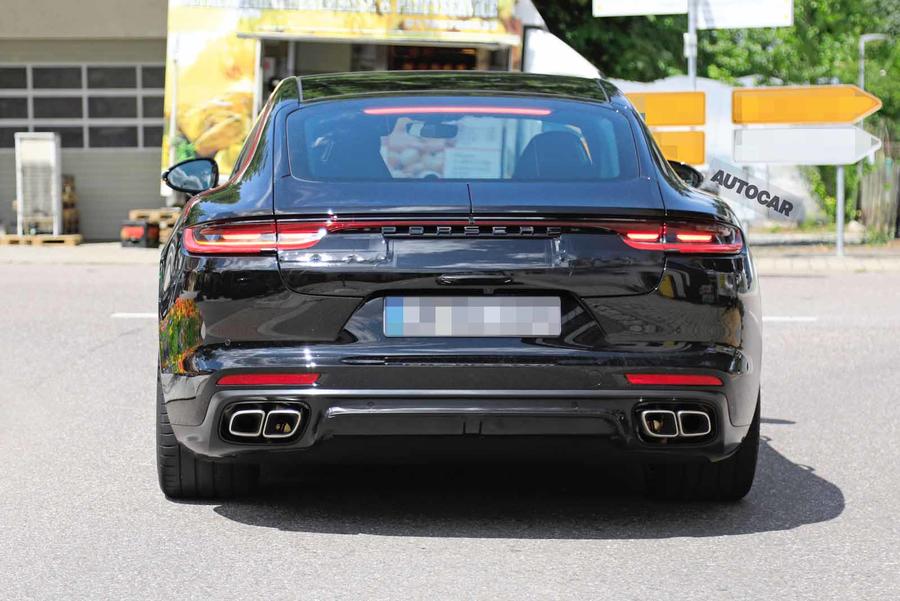 Mechanically, Autocar understands Porsche is planning to introduce its first mild-hybrid powertrains for the Panamera. The S and 4S models will make use of the same 2.9-litre twin-turbo V6, but like US market versions of the Audi S6 and S7 the two variants are likely to adopt a 48V electrical architecture.

This allow the fitment of a mild-hybrid system, using the usual integrated motor generator to harvest electrical power to provide an efficiency boost and allow the start-stop system to activate sooner. Perhaps more important to Porsche buyers, however, will be the expected inclusion of Audi's electric compressor system, filling in the gaps in torque delivery while the turbochargers spool up.

With the interior already as up to date as its siblings, expect more technology upgrades than design changes inside. We'll see more advanced infotainment features, but nothing dramatic is predicted.

Regarding this and the other

Regarding this and the other Porsches I agree with viscount biscuit that the face lifts greatly improve the look of the cars, as you'd expect I guess.
Boris9119 3 August 2019

I cry inside each time I read a review where the most significant changes are noted as infotainment. I accept I am of the previous generation but it pains me none the less, and convinces me the car under review is not for me. Am I alone?

I cry inside each time I read a review where the most significant changes are noted as infotainment. I accept I am of the previous generation but it pains me none the less, and convinces me the car under review is not for me. Am I alone?

Nope, I too am at least a generation or two behind with infotainment and am uninterested, I have a parrot Bluetooth thing clipped to my visor for hands free calling, my phone is plugged into my stereo by a jack plug for music and is magnetically attached to the dash for me to use Google maps if I find I need satnav, otherwise I will use my old satnav with its window sucker attachment. This could be massively improved with a newer after market stereo like the £100 Sony I fitted to my son's twingo, it uses Bluetooth for calls, music streaming and will play the audio instruction from his phones nav through the stereo so he just mounts the phone on the dash.

But I get why people want the latest gadget so can see their appeal. The problem is keeping up to date with this kit which dates so quickly.

Since I commented in my post in May,,I still think the nip n tuck isn’t great, infact, I’d question if it really needed it, the images don’t do it justice primarily because they’ve been made to fit in the page so unless you’ve seen one in the metal you can’t get a true idea of what it looks like or it’s size.