BACK TO ALL NEWS
Currently reading: Porsche 911 gains manual gearbox option for 2020
UP NEXT
New Porsche infotainment system destined for entire line-up

Porsche has released a new seven-speed manual gearbox option for the 911, which, since launch, has been offered exclusively with an eight-speed PDK automatic.

The new option was last year released to the US market, where a Porsche spokesman said there is increased demand for manual models, as demonstrated by the success of the six-speed 991-gen GT3 range-topper.

Porsche's representative also said that the 992-generation 911 became available much later in the US than it did here, hence the staggered global roll-out of different drivetrain options.

Both the mid-range Carrera S and top-spec 4S, in Coupé and Cabriolet guises, can be equipped with the manual gearbox, with no word on whether it will be soon made available on the entry-level Carrera variant. 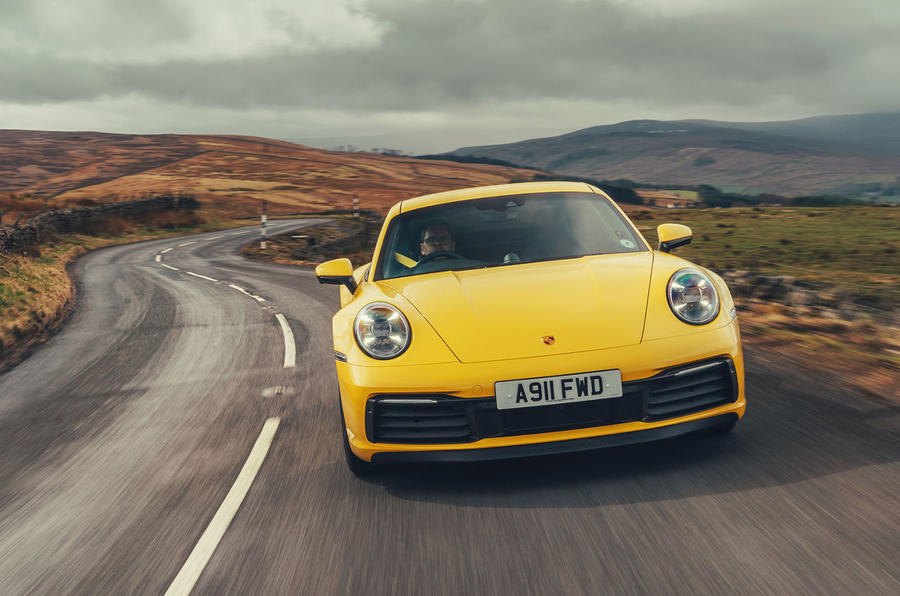 The manual gearbox is being offered to UK buyers as a no-cost option, and saves 35kg over the PDK 'box. Choosing it also brings the firm’s Sport Chrono timing package, which includes uprated engine mounts, a sport suspension setting, rev-match function and steering wheel-mounted drive mode selector. A tyre temperature monitor is also equipped as standard.

As with the old 991-generation 911, the manual-equipped 992 receives a mechanical limited-slip differential with torque vectoring functionality as standard. This replaces the electronically adjustable unit fitted to PDK-equipped models. Porsche's Innodrive programme - already available on the Panamera and Cayenne - can also now be equipped, which uses navigation data to optimise acceleration and deceleration for distances of up to 3km.

Porsche claims a 0-60mph time of approximately four seconds and a top speed of 190mph, with the manual version tipping the scales at 1496kg, at least 9kg less than the automatic model.

If I have read the Porsche website correctly ( no guarantees ) the new S manual has the same 0 - 60 time , at 4.2 , as the basic Carrera PDK auto. That means the S would need a pretty talented driver to keep pace with an old git in a bog standard basic 911at £12k less. Even at Porsche prices that's quite a few nice extras you can play with.

So, the manual option saves

"The manual gearbox is being