BACK TO ALL NEWS
Currently reading: Nissan reveals new 2022 GT-R Nismo in Japan
UP NEXT
Future BMW M3 to be ‘groundbreaking’ EV with traditional feel

An updated version of the range-topping Nissan GT-R Nismo supercar has been revealed in Japan ahead of its planned launch in October.

The new model will continue Nissan’s “evolution toward ultimate driving pleasure”, according to the Japanese firm, but it is yet to be confirmed for a launch in mainland Europe and the UK.

The updated GT-R Nismo will almost certainly be among the last variants of this Japanese supercar, which first hit the market more than 13 years ago. Like the current version, it is powered by the venerable VR38DETT 3.8-litre twin-turbo V6 with GT3-spec turbochargers and an output of 592bhp.

The 2022 GT-R Nismo is finished in a bespoke shade of grey, said to be inspired by the Tarmac of the various tracks at which the GT-R has set lap records, such as the Tsukuba Circuit, Japan, where the current Nismo holds the fastest lap time. 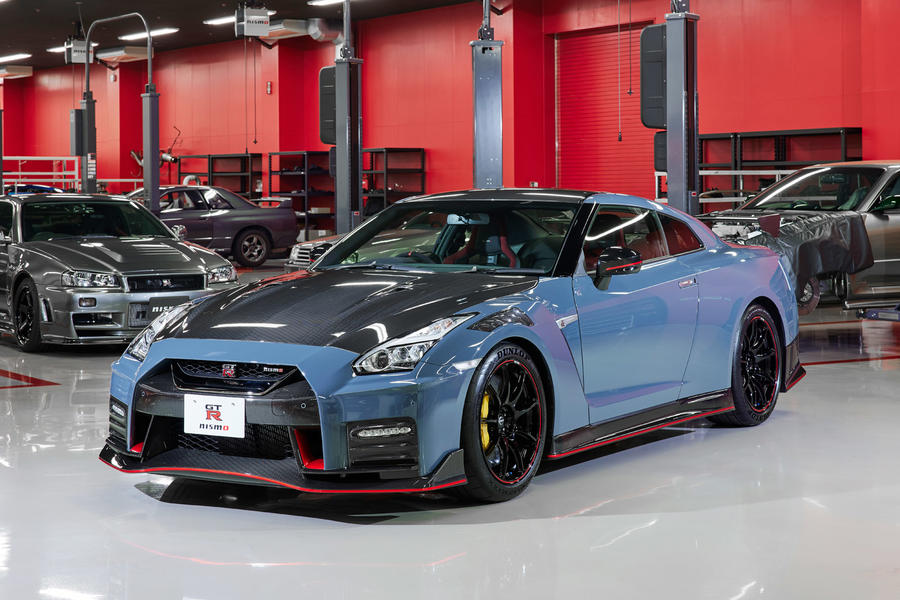 The Nismo is distinguished from the standard GT-R by an unpainted carbonfibre bonnet - said to shave some 100g off the kerb weight – a new design for the 20in aluminium forged wheels and red exterior flourishes.

The braking system retains the biggest carbon-ceramic rotors ever fitted to a Japanese performance car, at 410mm for the front and 390mm at the rear.

“We take a holistic approach, seeking precision performance through a meticulous balance of engine components and shaving weight, and incrementally evolving the GT-R’s appearance to deliver the ultimate balance of power, performance and excitement to our customers.”

Since its launch 14 years ago I've lost track on how many revisions the current GT-R has undergone. I can't recall a car that's had so many revisions, facelifts, upgrades etc throughout its life.

So the previous bonnet weighed in at over 100kg????

Wonder if it'll ever get a bit of EV help?