BACK TO ALL NEWS
Currently reading: New Nissan GT-R Nismo available in UK from £174,995
UP NEXT
Rodin FZero: V10 weapon aims to be world's fastest car

The updated version of Nissan's hardcore, track-focused GT-R Nismo super sports car is now available to order in the UK.

The Nismo, which was revealed alongside a 50th anniversary edition GT-R at this year's New York motor show, is some 30kg lighter than the standard car thanks to extensive use of carbonfibre body panels. A carbon roof also lowers the car's centre of gravity, while a redesigned front bumper reduces drag.

2019 marks the first time Nissan has used turbochargers from its GT3 racing programme in one of its road cars, giving the Nismo's hand-built, 3.8-litre twin-turbo VR38DETT engine greater throttle response throughout the rev range compared to the outgoing model. Power remains at 592bhp.

It is joined by an updated GT-R Track Edition, which sits below the Nismo in the line-up but above the base GT-R. It recieves Nismo-tuned suspension and sits on forged alloy wheels, with the option of carbon ceramic brakes for the first time. 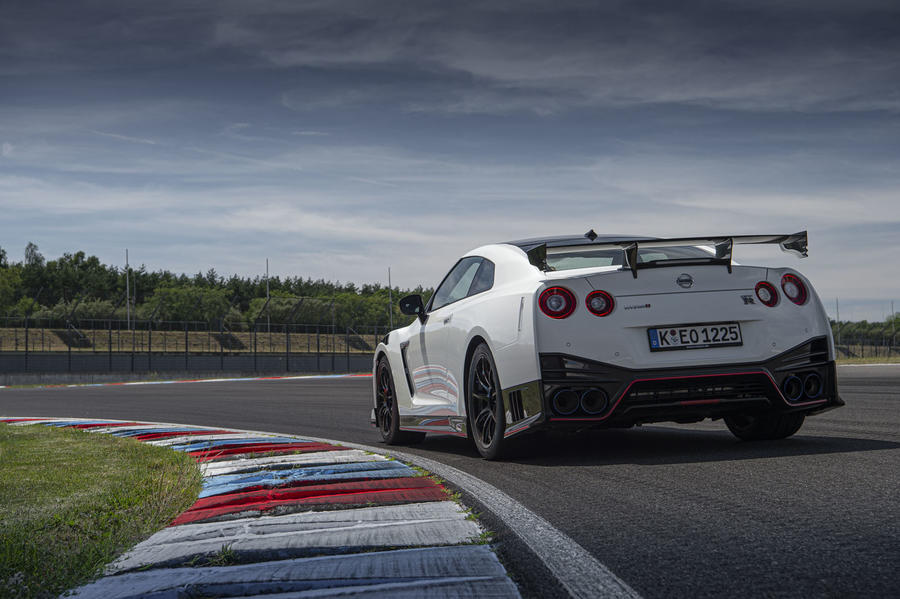 A carbon roof, spoiler and boot lid can also be added, while carbon seats, previously only available on German market Track Edition cars, are now also available for UK customers. It goes on sale today from £99,995.

The updated Nismo now starts from £174,995 - over £25,000 more than the outgoing car - positioning it against significantly more modern supercars such as the McLaren 570GT, Lamborghini Huaracan and Audi R8.

The R35-generation GT-R has largely remained the same since its introduction in 2007, with Nissan focusing on iterative performance upgrades rather than persuing a new platform - although it is understood to be in the early development stages of an all-new model, with engineers as yet unsure if an electric powertrain would be suitable.

Nissan GT-R: a race against the sun to celebrate 10 years of Godzilla

They are, unfortunately, collector models to be locked away and sold as investments 20-30 years later.

Such a shame, as I bet it's an absolute MONSTER. On the other hand, a 2nd hand model with 750+ kW isn't TOO unobtainable.

I confess to not having driven the NISMO GTR, but have driven the 'track day' version here in the US on track. Looking at the specs on this edition it is clear this is every bit as special as a GT3RS etc. Sure the GTR has morphed from being the performance bargain it once was, but don't underestimate the ability of this vehicle.

Well, is it ?, it’s a whole pile of ugly to me, more function than form,but I guess if you want it to stay on th3 road you’ll need all those sticky out bits?