BACK TO ALL NEWS
Currently reading: Nissan Juke crossover revealed
UP NEXT
Dear Tobias: How the new CEO can fix Aston Martin

Nissan's new baby crossover will be called the Juke, the company has confirmed.

The Nissan Juke is based on the Nissan Qazana concept, is billed as an alternative to a small hatchback and will go on sale from October.

Nissan has also issued a teaser image of the car, which will be officially revealed on 10 February and then shown at the Geneva motor show in March.

The company says the decision to build the car follows customer research which identified a large proportion of European small and compact car buyers whose needs are not met by what they perceive to be uninspiring and unoriginal options available to them.

"We know that there are a lot of customers that are looking for a car which combines striking design, agile handling, driving pleasure and user-friendly technology, but not at the expense of practicality and convenience,” said Simon Thomas, Nissan’s European senior vice-president for sales and marketing.

“Nissan caught the mood of the European car-buying public with the Qashqai concept and we’ve worked hard to study the market in the same way for Juke to be sure we meet the needs of European customers."

The Juke will be manufactured alongside the Qashqai, Qashqai+2 and Note at Nissan’s facility in Sunderland.

This looks like it's going to be FANTASTIC. How close to the concept is that?!!!! Wow. I think I probably preferred the Qazana name but Juke is a bit different. Looking forward to the full unveil in February!

This thing sure looks interesting, it´s no beauty, but interesting. If they made it roomy, economical ( which is hard to believe, cause Renault and Nissan don´t make very economical gasoline engines) and fun to drive, this thing will make me have a test drive. 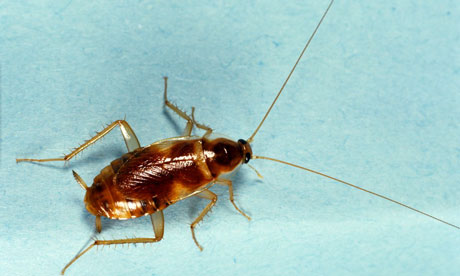 I think they are referring to the style of Urban/ghetto music originally from Chicago. Simmilar to the base of the word 'Jukebox'. 'Roach or no 'roach.

I love this! Hope it looks good when its fully revealed in feb

Nissan claim to have released details to the press yesterday but there is nothing on their web site & even the august Autocar has no real news. What's going on? Good job I am not Jewish I would not like to drive round in a Nissan Cockroach!! Come on Nissan. It looks terrific As an ex Qashqai owner I want one NOW!

i want to purchase this nissan juke crossover. but i want to get more reviews about its nissan wheels, engine, dashboard and other specs and compare this to others of what could be the best car to buy.