BACK TO ALL NEWS
Currently reading: Next Mercedes-Benz GLE interior sketches revealed
UP NEXT
Spending 48 hours touring in a Ferrari Roma

Mercedes-Benz has provided the first official preview to the interior of the new Mercedes-Benz GLE in a series of sketches issued to the media ahead of a planned public premiere for the new upmarket SUV at the Paris motor show in September.

As with other recent new Mercedes models, the GLE (pictured below and recently spotted on roads here) adopts twin digital displays for the instruments and infotainment functions within a single panel. But unlike the free-standing units used by the A-Class, E-Class, G-Class and Mercedes-Benz S-Class, the digital panel in the new GLE is mounted below the upper section of the dashboard. The German car maker’s interior design boss, Hartmut Sinkwitz, said this provides a more integrated appearance.

“We wanted to integrate the panel more seamlessly. It provides a greater feeling of sturdiness,” said Sinkwitz, who has played an important part in the transformation of the interior design in Mercedes models in recent years. 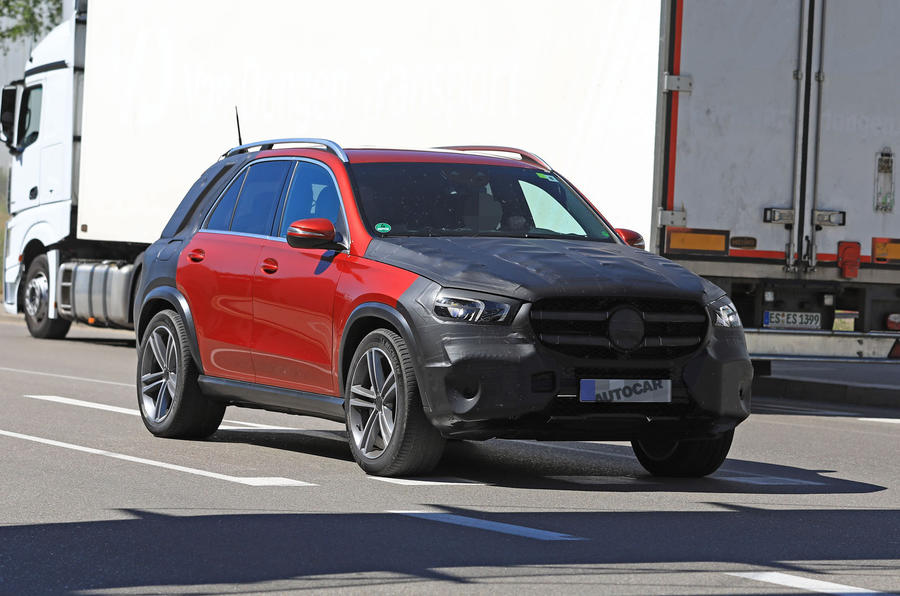 The panel supports two 12.3in digital displays as standard. They are supported by a new multi-function steering wheel featuring 18 controls, including two touch-sensitive pads within the horizontal spokes, as well as a larger touchpad within the centre console that replaces the rotary dial used by the outgoing GLE.

As with the new A-Class, the instruments and infotainment system operate via a new MBUX (Mercedes-Benz User Experience) interface that supports conversational speech and information gathering via the Mercedes Me app.

Sinkwitz suggested improvements in cooling has allowed Mercedes to better integrate the digital instrument and infotainment panel within the GLE: “We’ve improved the operation. There’s less heat build-up than we had before.”

Further interior elements of the new GLE previewed in the official sketches include a near-vertical steering wheel and wide centre console featuring two prominent grab handles. As in the existing GLE, the gear selection is handled by a so-called direct shift stalk on the steering column rather than a traditional gearlever — a measure that frees up space for two large cupholders within the forward section of the centre console. 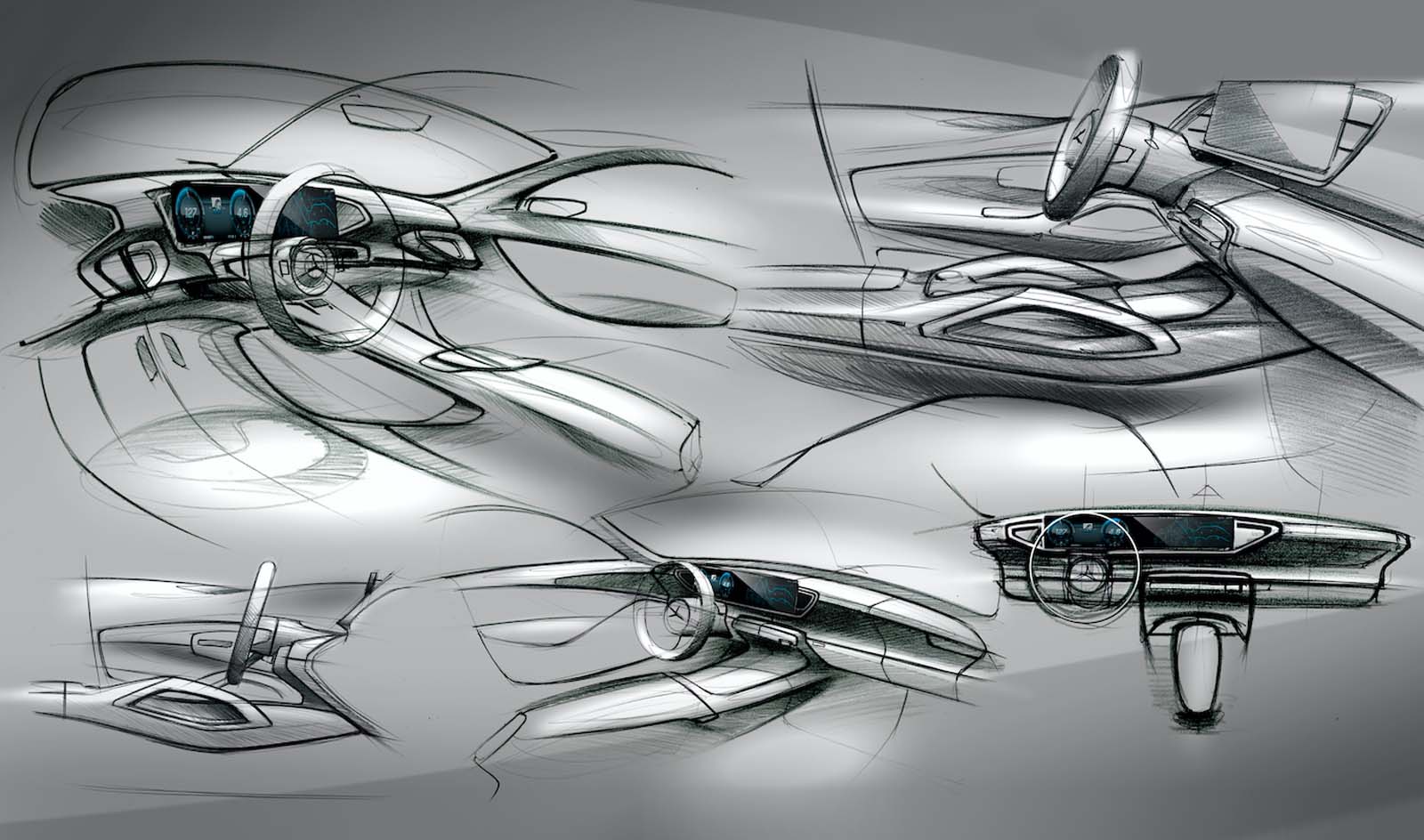 Known under the internal codename W167, the 2019-model-year GLE is described by senior officials from Mercedes’ R&D headquarters in Germany as a “clean sheet design” with little relationship to the current model, which was launched under the M-Class banner in 2011 before being rebadged as part of a midlife facelift in 2015.

At the heart of the new SUV is the car maker’s MHA (Modular High Architecture) platform. Heavily related to the MRA (Modular Rear Architecture) platform that underpins the C-Class, E-Class and S-Class, the new structure has been conceived for Mercedes models featuring a high ground clearance, including the upcoming GLE and GLE Coupé, as well as successors to today’s Mercedes-Benz GLC and GLS.

There is little point showing

There is little point showing some vague sketches. First because it doesn't reveal much and second the production version is unlikely to follow the concept.

In any case the typical flat Mercedes digital panel integrates poorly into the rest of the dashboard design and the chosen graphics is poor and vulgar.

Friend of mine has a x6, but

Friend of mine has a x6, but mine prfeference and my heart remain with a GLE class - just because its mercedess and i love it

Cant think of anything worse and less desireable....and so ends 28 years of Mercedes-Benz ownership, and 19 years of ML/GL/GLE ownership.